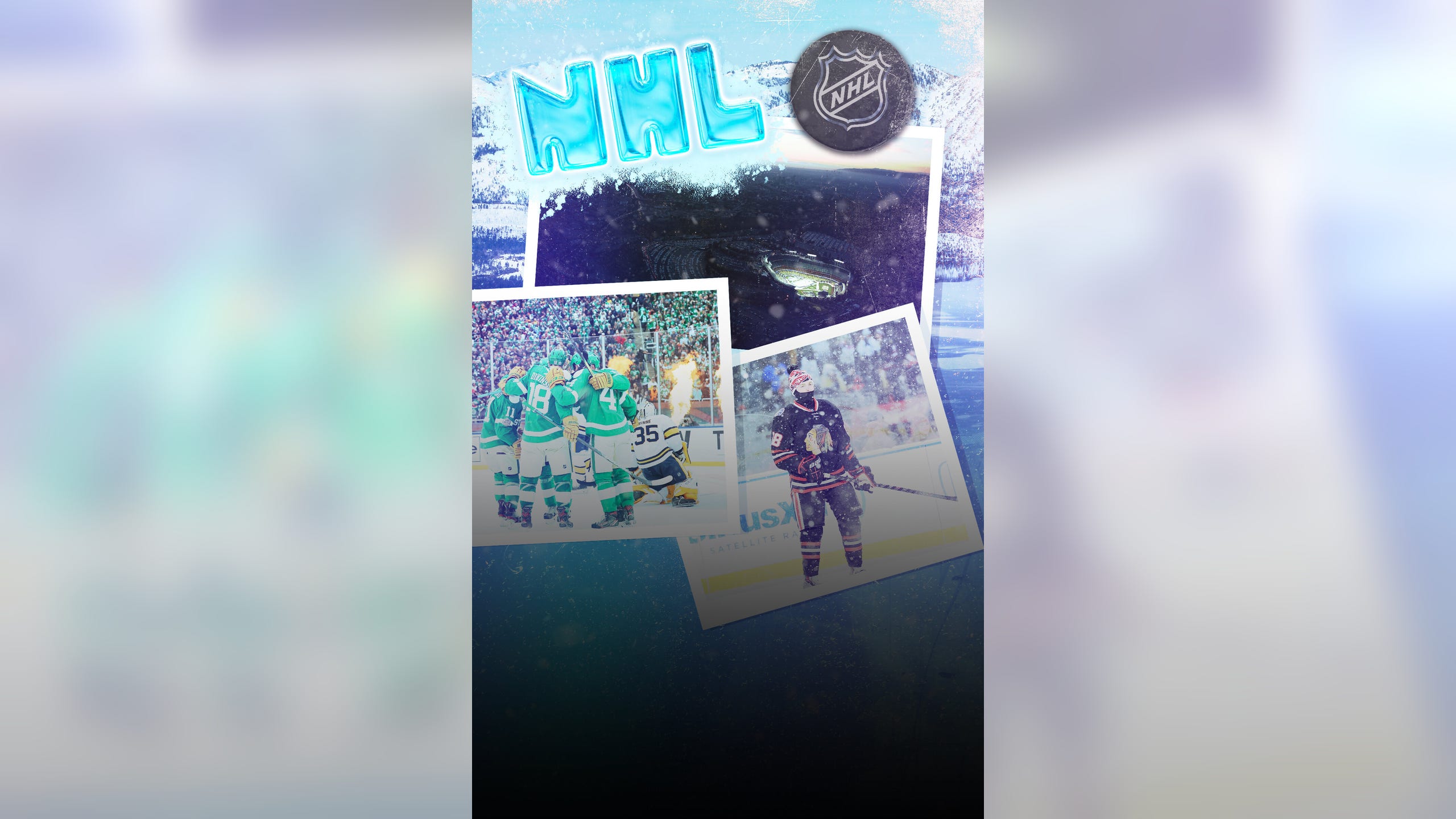 previous story
The Los Angeles Lakers' LeBron James needs help, rest or both
next story
Mahomes, Rodgers, Wilson or Prescott: Who faces the most pressure in 2021?
National Hockey League

On Saturday, the NHL meets the 18th fairway at the Edgewood Tahoe Resort in Stateline, Nevada, for an experience unlike any other in this season’s only outdoor games.

No fans will be there to witness the action, but with the backdrop of the Sierra Nevada mountains and the shore of Lake Tahoe, the broadcast will offer a one-of-a-kind experience for viewers. 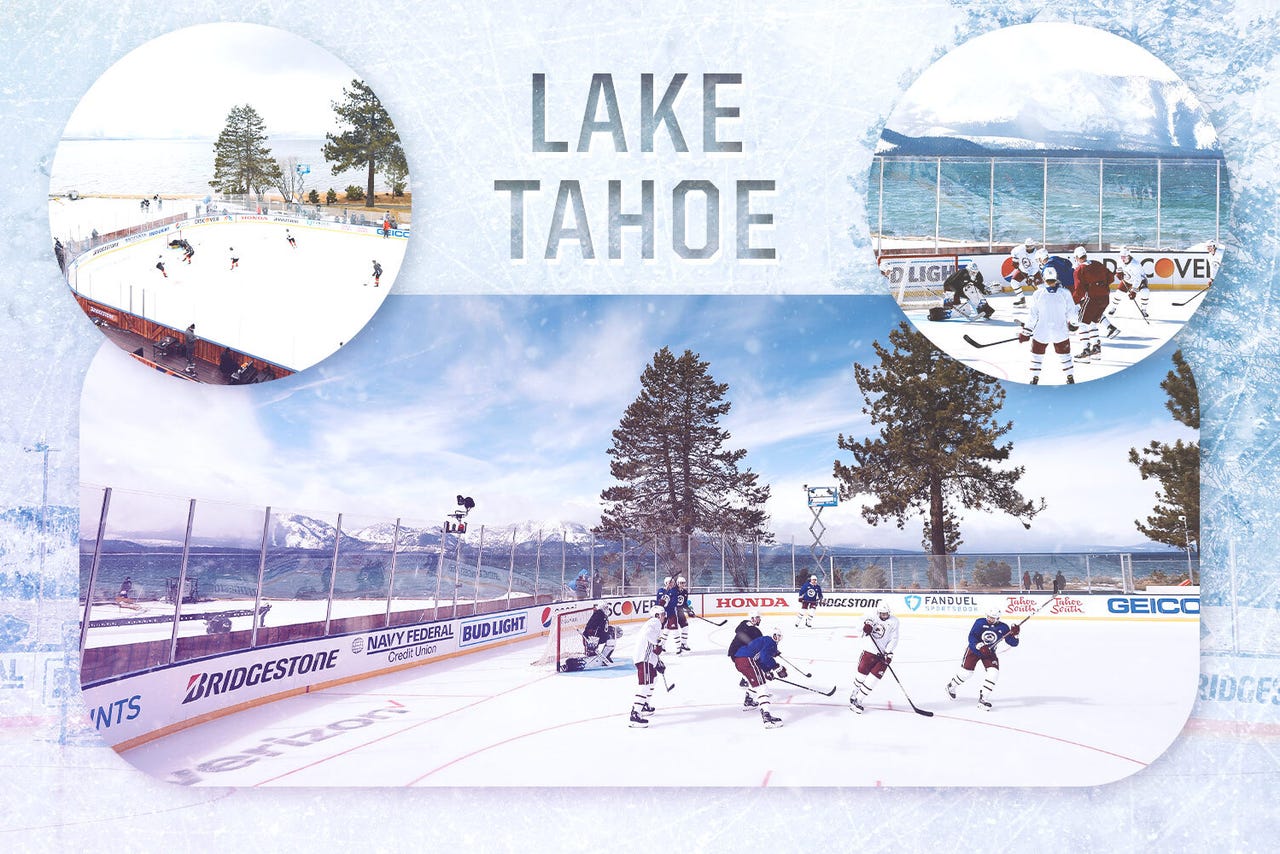 On-ice sounds will be more prevalent, as two drones will fly above the game, allowing for unique angles of the in-game action and the scenery.

As we get ready for one of the most scenic settings yet for an outdoor game, let's take a look at some of our picks for the best of outdoor hockey: 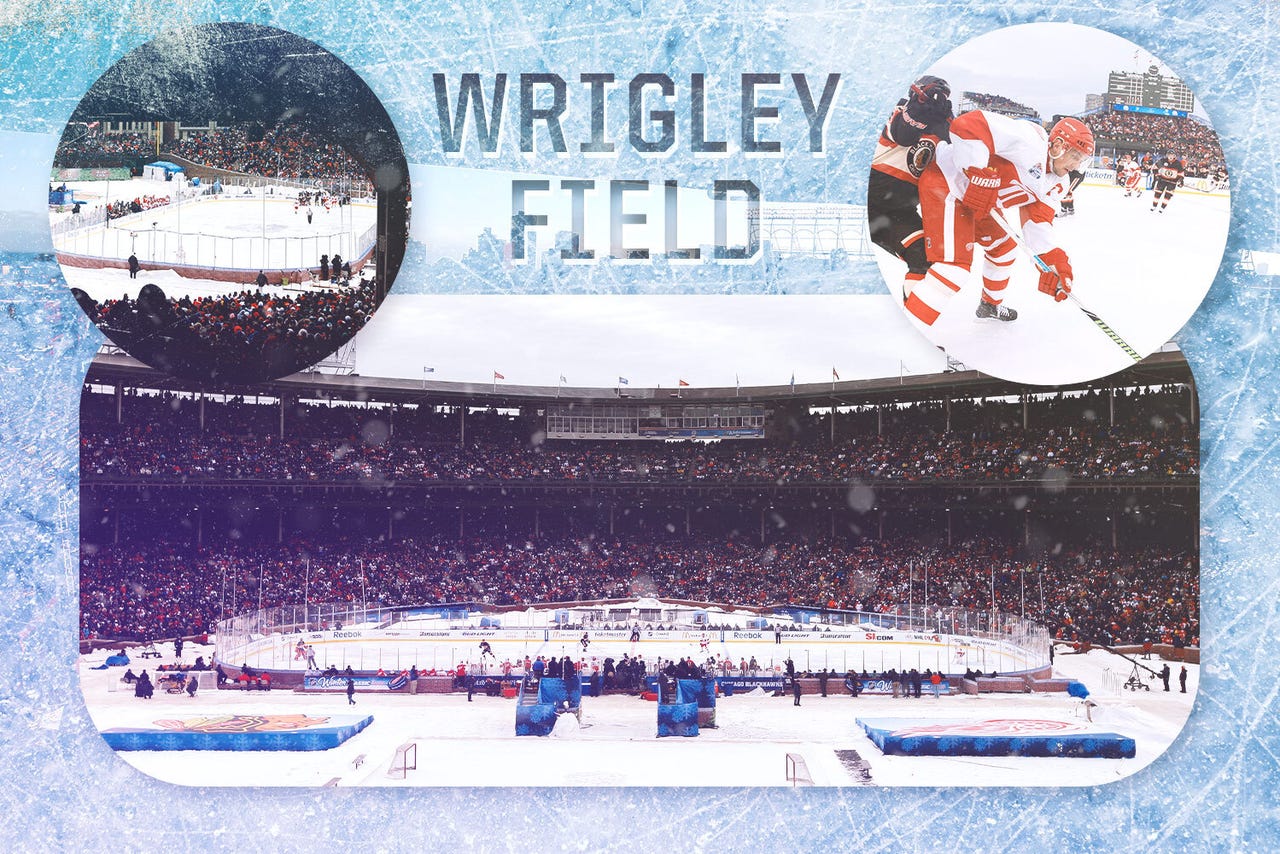 This was the second installment of the NHL's Winter Classic series, featuring regular-season hockey at baseball and football stadiums, and it was the first matchup to feature two Original Six teams. 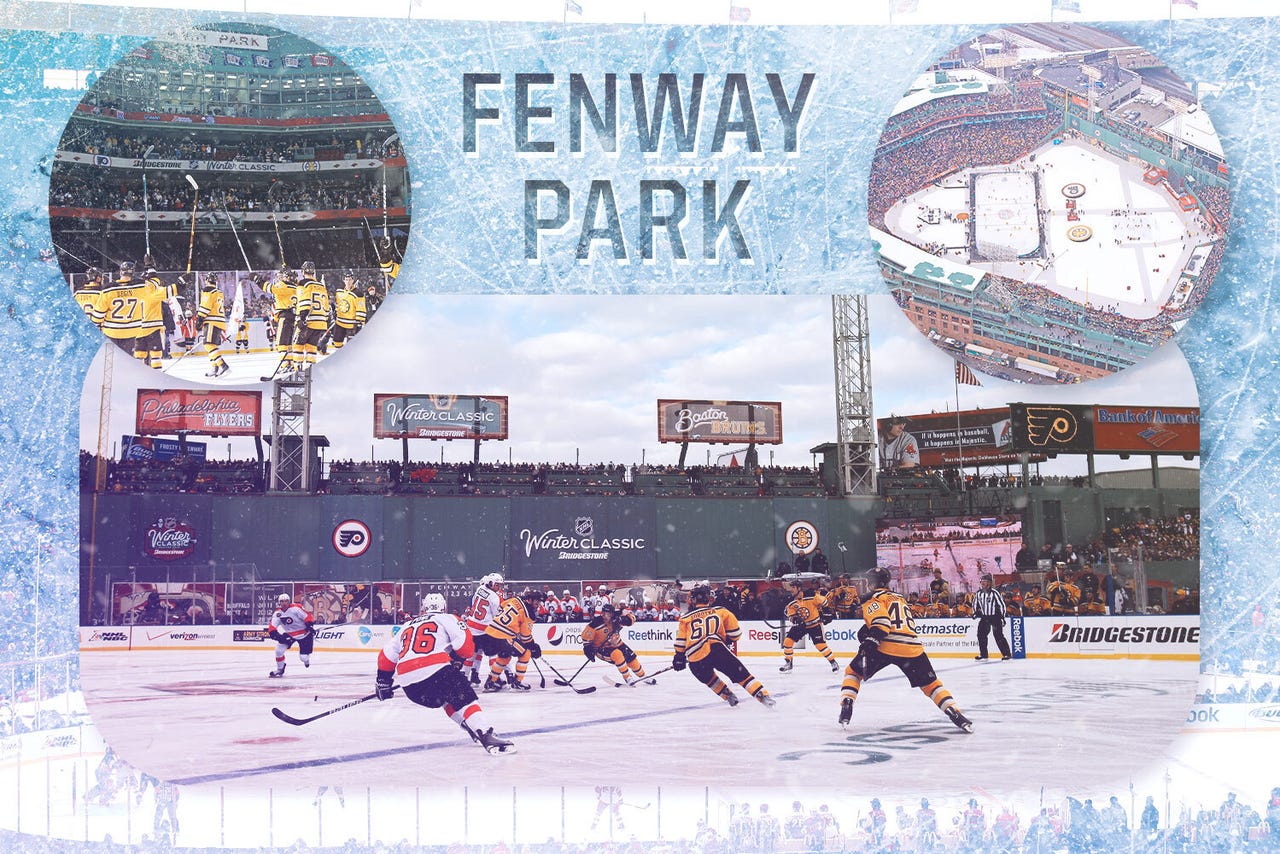 There wasn’t an NHL All-Star Game in the 2009-10 season because of the 2010 Winter Olympics, so this game served as the league's biggest event that year. With the victory, the Bruins became the first home team to win a Winter Classic. 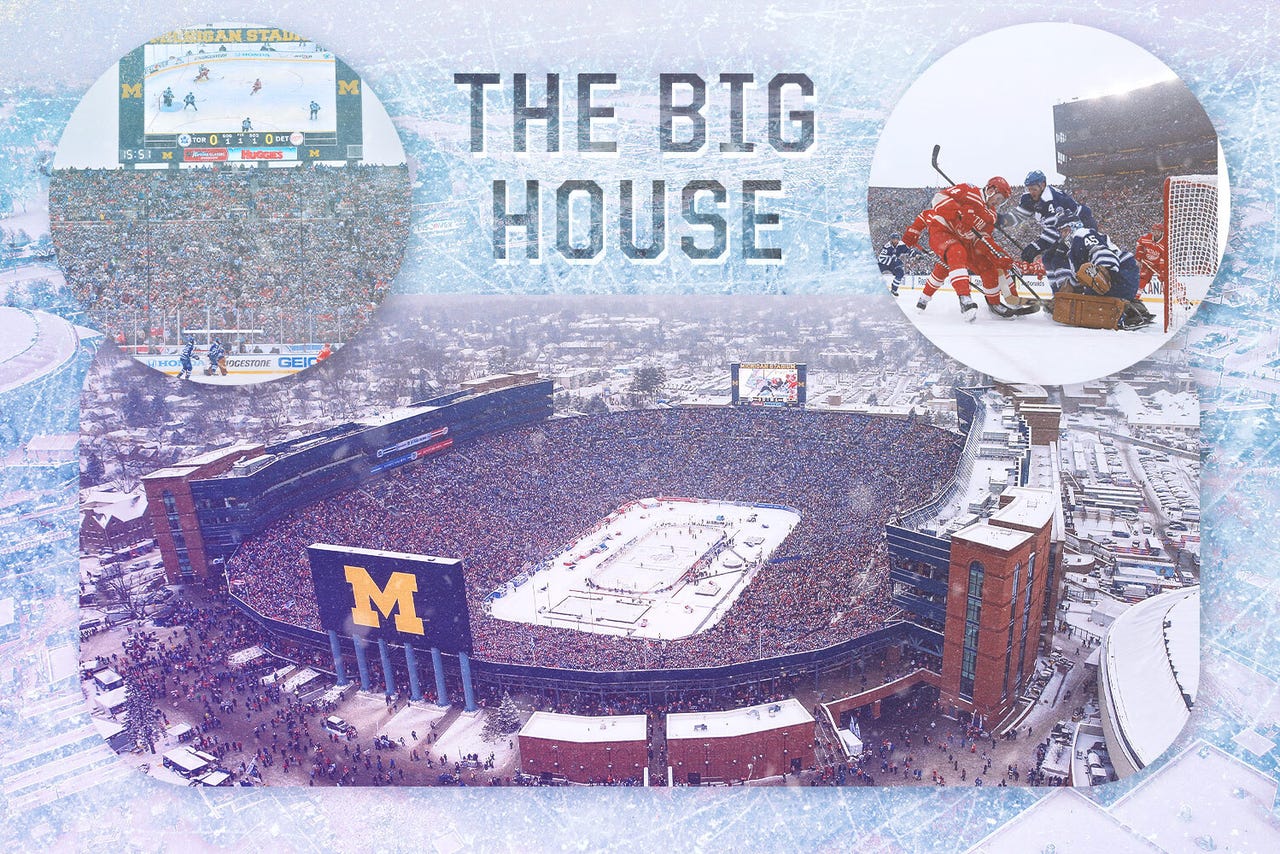 This game, postponed from 2013 because of the NHL lockout, was the first event at The Big House that wasn't college football. It set an NHL attendance record of 105,491, surpassing the record from the 2008 Winter Classic. 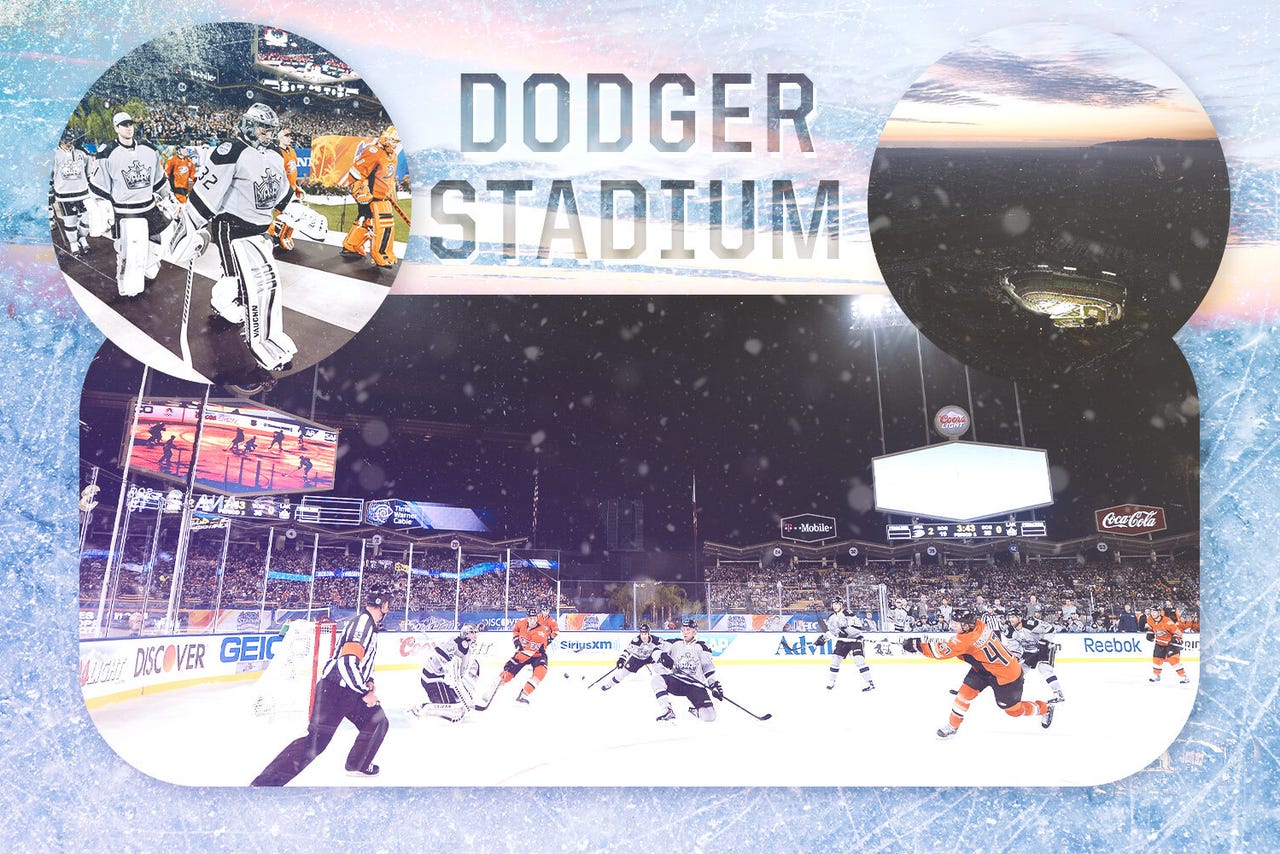 Dodger Stadium was the inaugural site for the 2014 NHL Stadium Series, which featured four outdoor regular-season games. Vin Scully and Wayne Gretzky were on hand, and temperature at puck drop was 63 degrees. 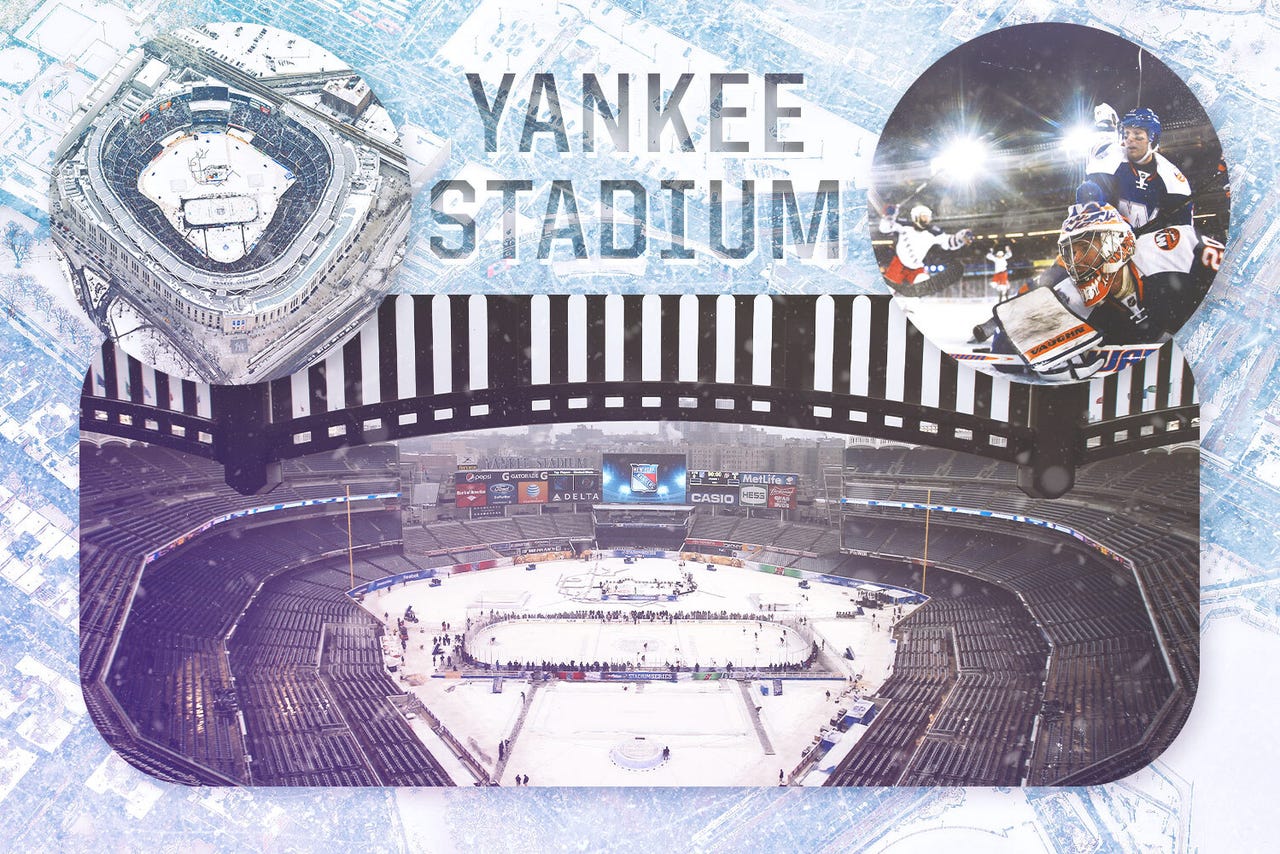 In the NHL's first outdoor games in New York City, the victorious Rangers were the designated away team in both matchups. The second game of the series was delayed more than an hour because of sun glare. 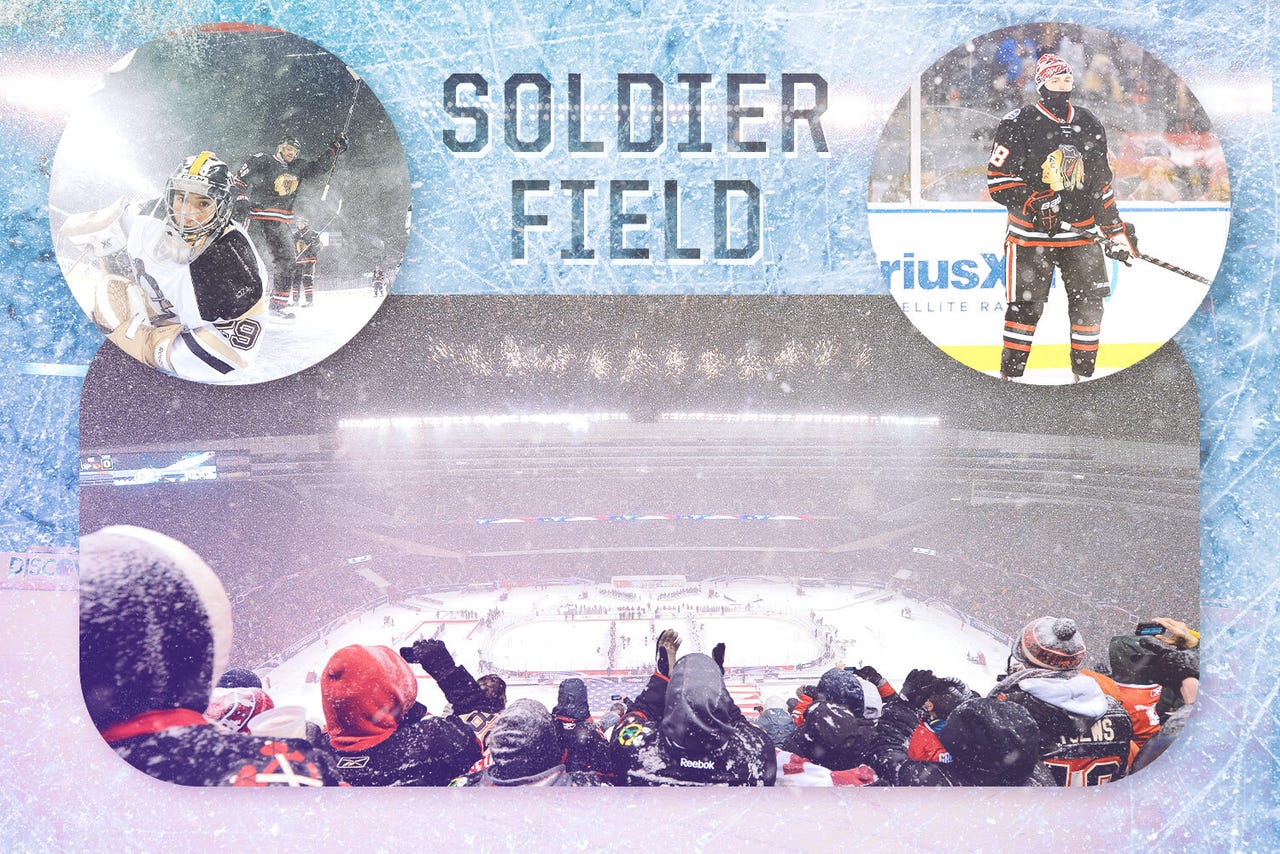 It took 20,000 gallons of water to create 2-inch-thick ice for the fourth and final game of the 2014 NHL Stadium Series. It had to be three-quarters of an inch thicker than typical rink ice in case of under-ice erosion from snow in Chicago. 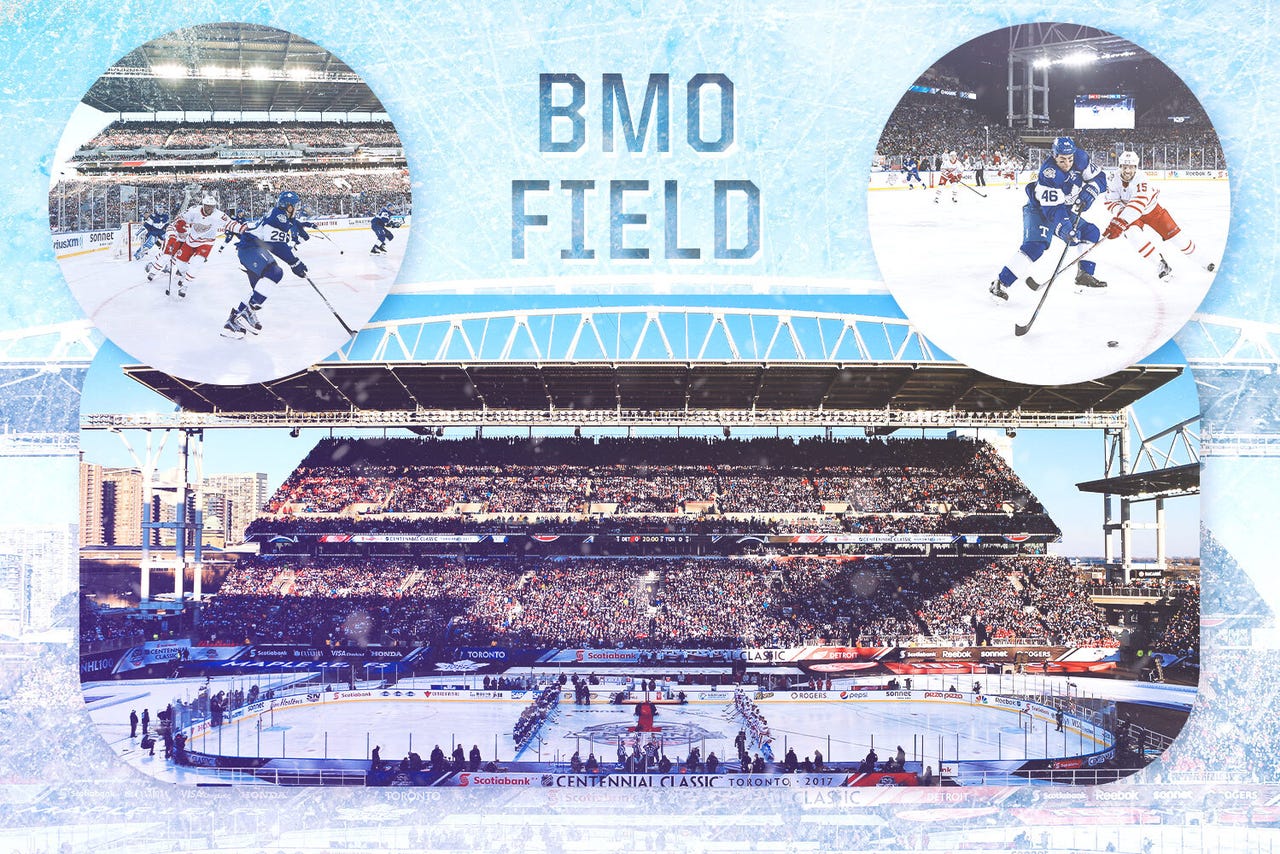 The NHL Centennial Classic was created as a celebration of the centennial season of the Maple Leafs and the beginning of the NHL's centennial year. In the first outdoor NHL game played in Toronto, No. 1 draft pick Auston Matthews scored the game-winning shot for the home team. 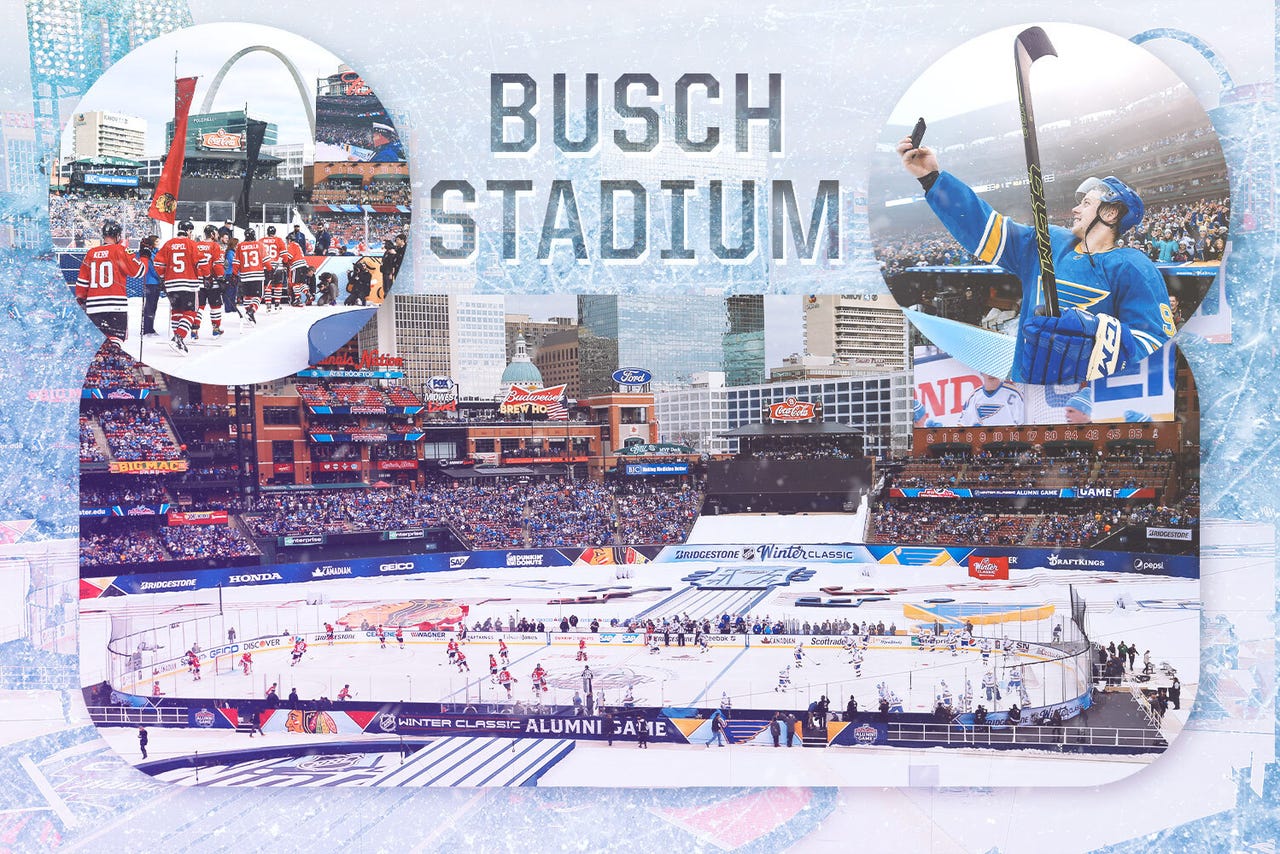 This matchup offered a unique installment in the storied Blackhawks-Blues rivalry. In the Hawks' third Winter Classic and the Blues' first, the St. Louis squad delivered for the home crowd. 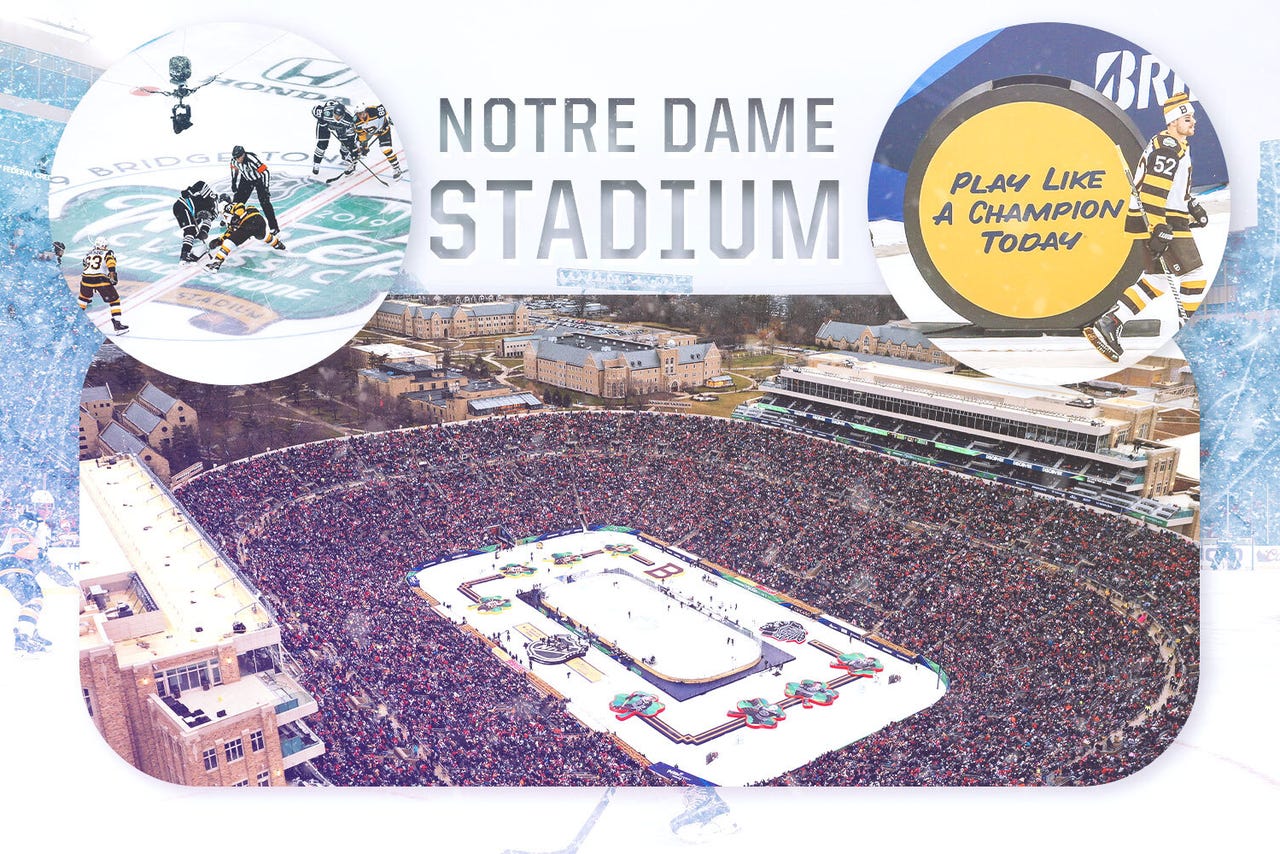 This game marked the Bruins' first Winter Classic as the visiting team. In his 469th game for Boston, the most by a goaltender in franchise history, Tuukka Rask recorded 36 saves. 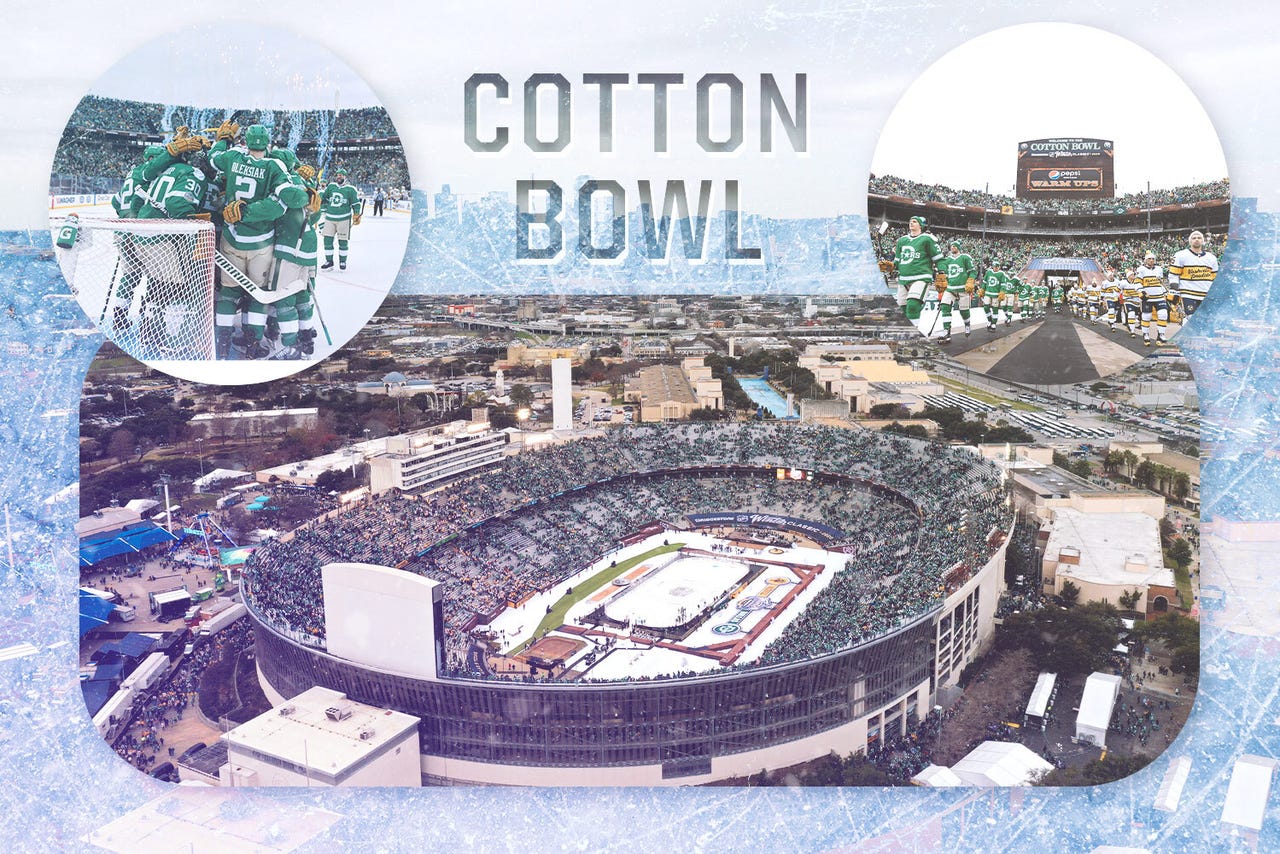 In the 2020 edition of the Winter Classic, the Predators and Stars both participated in their first outdoor NHL game in front of a sold-out crowd of 85,630. 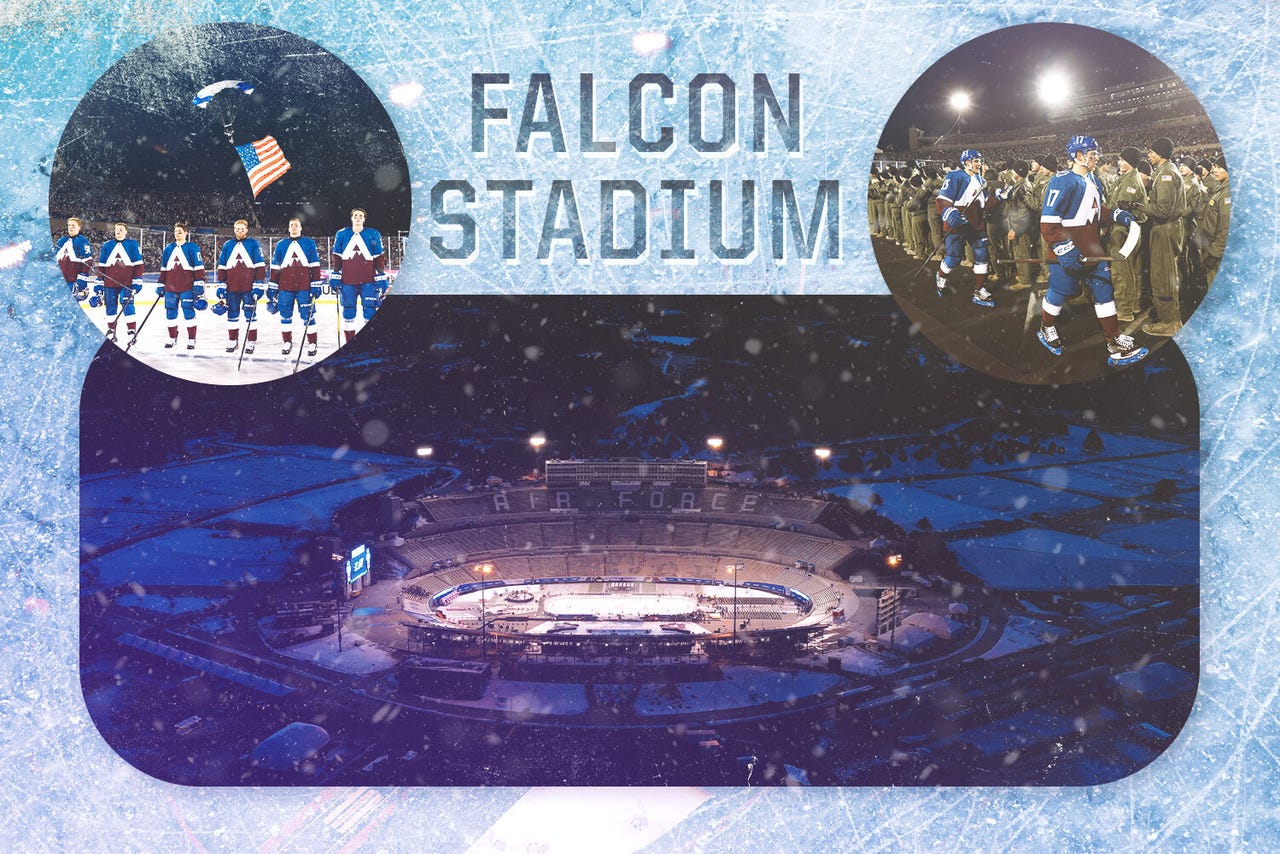 This game took place on the campus of the U.S. Air Force Academy, marking the second time that a military academy hosted the NHL Stadium Series after Navy-Marine Corps Memorial Stadium held the 2018 edition.

Follow along on Saturday as we keep you up to date on outdoor hockey from beautiful Lake Tahoe!