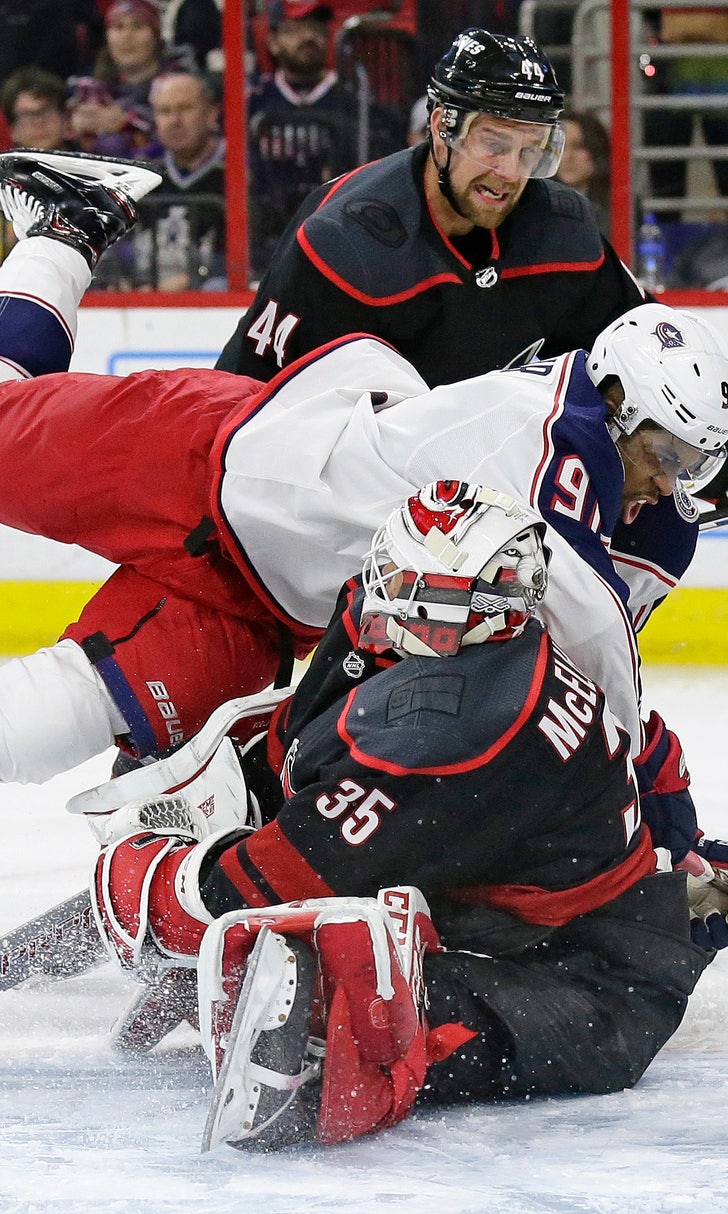 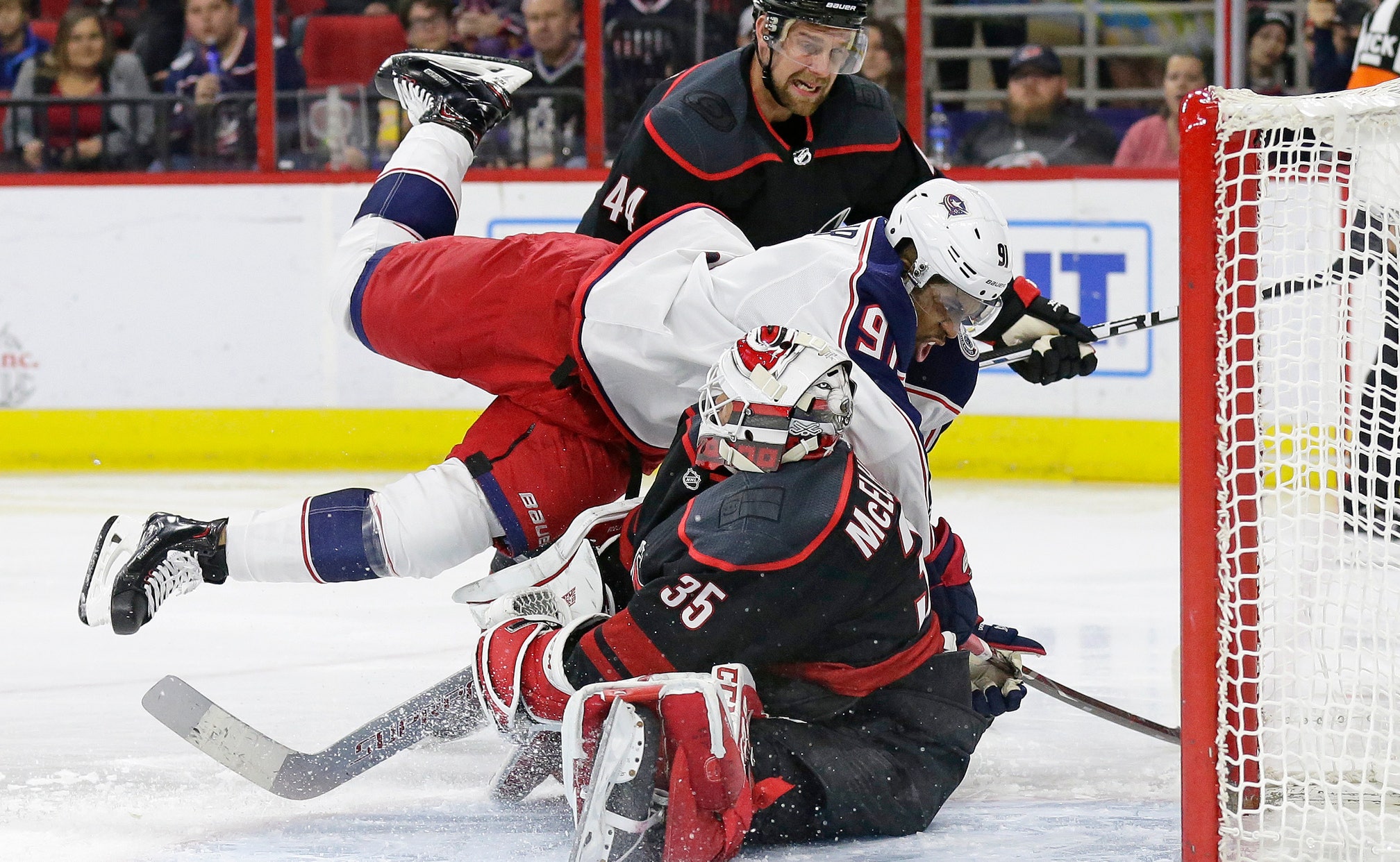 RALEIGH, N.C. (AP) — Greg McKegg made his Carolina debut one to remember.

McKegg had a goal and an assist in his first game with the Hurricanes, and Carolina defeated the Columbus Blue Jackets 4-2 Friday night.

McKegg was recalled from Charlotte of the American Hockey League on an emergency basis earlier Friday after Carolina placed Jordan Staal on injured reserve. Playing in his first NHL game since November 2017, the journeyman center assisted on a goal in the first period and scored the decisive goal in the second to lift the Hurricanes to their third straight win.

"He's a pro," Carolina coach Rod Brind'Amour said. "We did a nice job getting him in our organization. He had a great training camp and he was right there. This was an easy call-up. He's obviously trying to stay here. I love it."

It was the first multi-point game of McKegg's six-year career. It came after he got word of his call-up late Thursday, made a two-hour drive from Belleville, Ontario, to Toronto, caught an early flight and arrived in Raleigh late Friday morning.

"Obviously it's special," McKegg said. "You never know when (a call-up) is going to come and you just have to keep grinding away. To contribute at this level at any point in your career is special. "

Oliver Bjorkstrand and Artemi Panarin scored 25 seconds apart in the second period for the Blue Jackets. Sergei Bobrovsky surrendered three goals on 16 shots before being pulled midway through second period.

"I always think a hockey team should get better each and every game," Columbus coach John Tortorella said. "And tonight there were just way too many passengers."

McKegg, playing for his fifth team in six seasons, helped propel Carolina to an early 3-0 lead.

Ferland's one-timer from the left faceoff circle put Carolina up 5:16 into the first period. Less than 90 seconds later, Hamilton made it 2-0 when his wrist shot from the left point deflected off Bobrovsky's glove and trickled into the net.

After setting up Hamilton's goal with a drop pass, McKegg found the net in the second period.

Brett Pesce fired a pass for McKegg breaking down the middle toward the goal, and McKegg redirected the puck into the net — again off Bobrovsky's glove — to make it 3-0.

"You just kind of want to put your best foot forward and contribute any way you can," McKegg said. "To chip in at this level is obviously special. To cap it off with a win was pretty awesome."

"I'm not giving assessment on the goaltending," Tortorella said. "Korpi played well. He was one of the few guys who played well."

Bjorkstrand and Panarin's quick goals late in the period pulled the Blue Jackets within one heading into the third, but McElhinney stopped all seven shots he faced in the final period and Aho scored an empty-netter with two seconds remaining to secure the Carolina victory.

"We came out great. I thought the guys to a man were on it," Brind'Amour said. "Every part of our game was pretty solid."

NOTES: Columbus captain Nick Foligno missed his second straight game to tend to his newborn daughter, Milana, who had heart surgery last week. He remains on indefinite leave. ... Carolina F Saku Maenalanen recorded his first NHL point with an assist on Hamilton's goal. ... McElhinney appeared in 85 games for Columbus from 2013-17.

Blue Jackets: At Florida on Saturday.

Hurricanes: At Ottawa on Sunday.