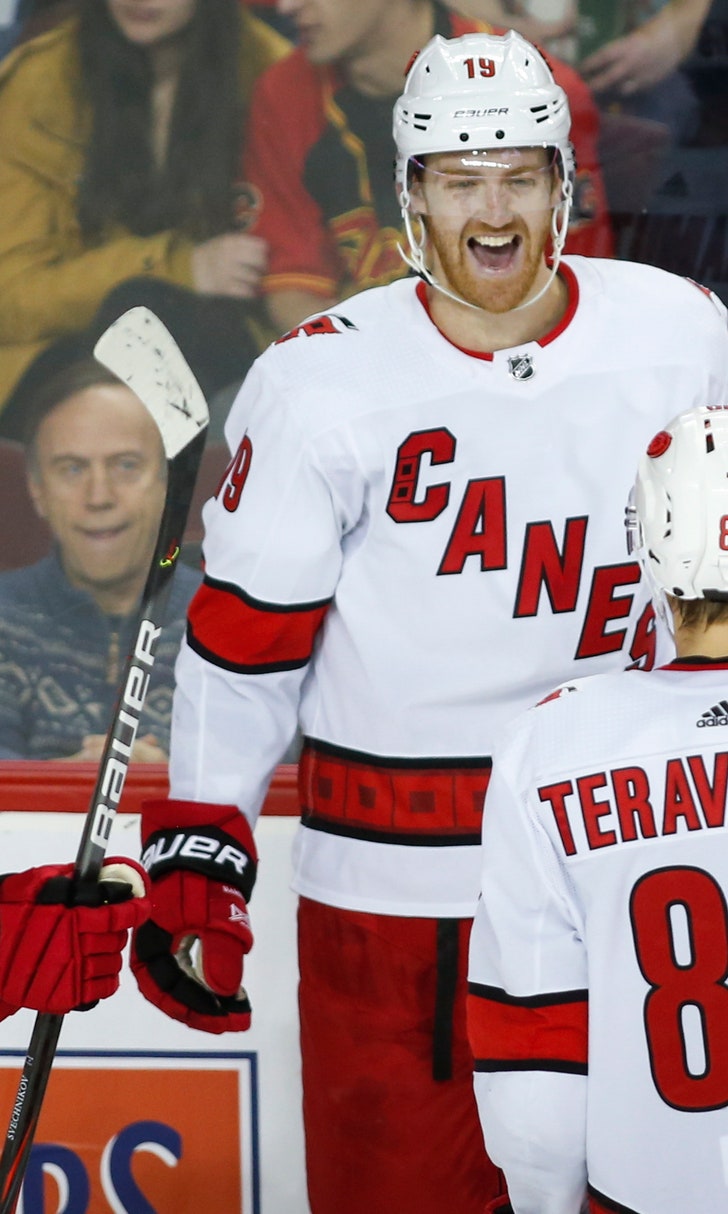 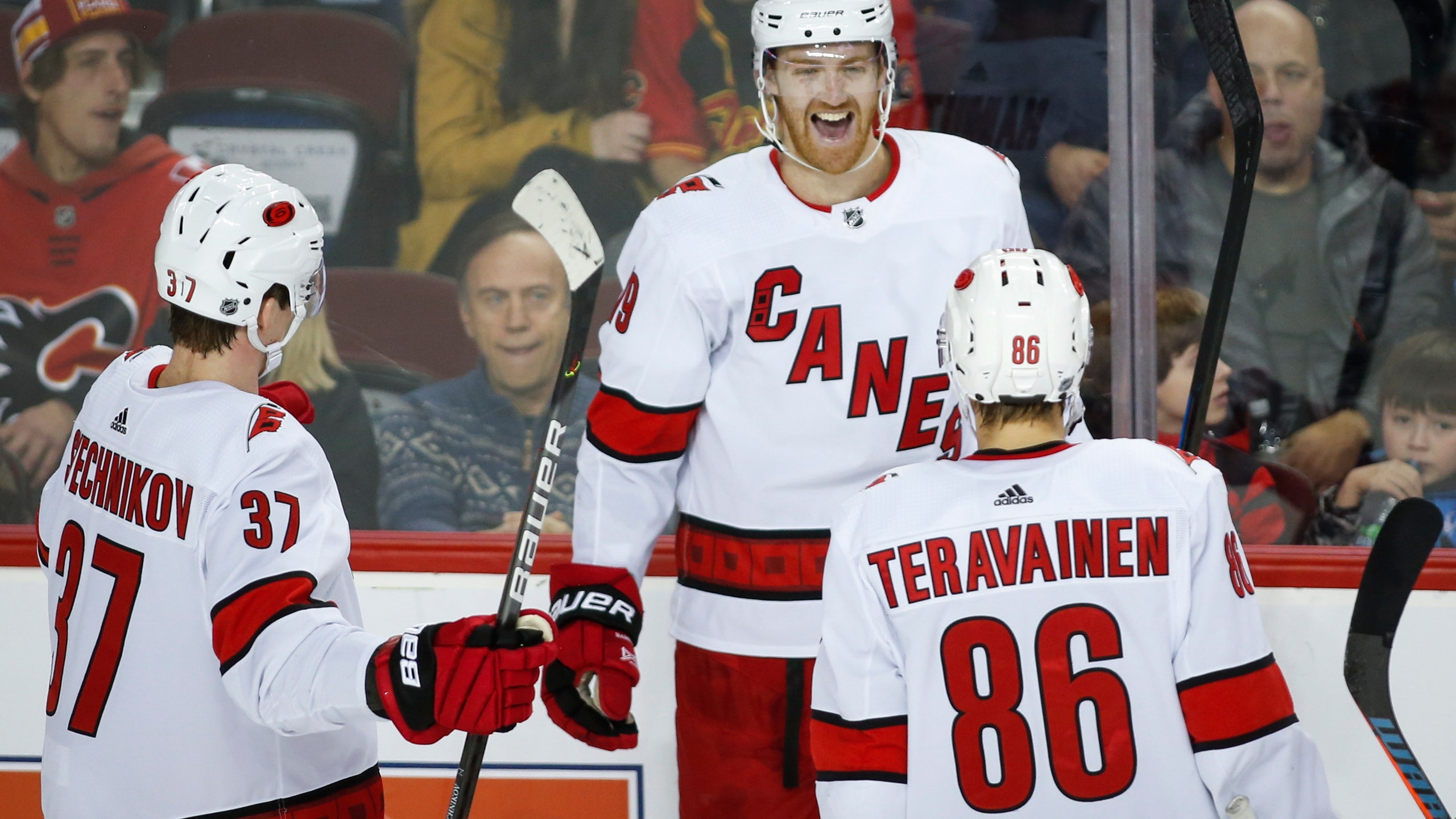 Hurricanes cool off Flames with 4-0 victory

James Reimer made 32 stops, Brock McGinn scored the opening goal and Warren Foegele added a pair of late short-handed goals and the Carolina Hurricanes topped the Flames 4-0 on Saturday.

It's the second shutout of the season for Reimer, who has won five of his past six starts. The 31-year-old was at his best in the first period, keeping the game scoreless in the opening 20 minutes, despite Calgary holding a 12-4 edge in shots.

“They’re a great team over there and they came out buzzing. I just tried to stay sharp and stay on my angles and luckily pucks hit me,” said Reimer, who improved his record on the season to 7-5-0.

Down 2-0, when the Flames pressed in the third period, fueled by four power plays in the final 11 minutes, Reimer once again stood tall.

Hurricanes coach Rod Brind'Amour says his team has confidence whether it's Reimer or Petr Mrazek in the net.

“It’s nice that we’ve got this one-two punch going,” Brind'Amour said. “You don’t have to ride one guy and you’ve got a fresh goalie in every night and I think it’s really important in today’s game.”

The first goal of the game came just past the 12-minute mark of the second period.

Mark Jankowski mishandled the puck trying to exit the Calgary end, enabling the Hurricanes to tag up and go back on the attack with Julien Gauthier — on a strong play along the boards — knocking the puck over to Jordan Martinook, who subsequently set up McGinn for an empty net.

The Flames challenged the goal for offside, but video review confirmed the call on the ice was correct and Calgary was assessed a delay of game penalty. The Hurricanes power play entered 5 for 11 in their previous three games and it converted that opportunity, with former Flame Dougie Hamilton scoring his 12th goal.

“Obviously, we all thought it was offside, then we get a penalty and then they scored again, so it was tough,” Flames center Elias Lindholm said.

Interim head coach Geoff Ward said afterward that the league got it correct.

“The right call was made, 100 percent,” Ward said. “We felt like maybe the guy hadn't tagged up when we looked at it. The overhead seemed to look like that, but when we took a look afterward, it was the correct call. If he gets his stick down a fraction of a second quicker, we probably have the offside call there. We just felt it was worth challenging at that point.”

Carolina has points in five straight (4-0-1). The Hurricanes' five-game road trip will continue Tuesday in Winnipeg.

Calgary lost for the first time since Ward took over from Bill Peters. The 57-year-old had won his first six games after officially being named interim head coach on Nov. 29, matching Mario Tremblay (1995-96 Montreal Canadiens) for the longest win streak by a coach after taking over midseason.

“Today was a tough one. It was one of those games where I felt like the team that scored first was going to have a real advantage and I think that that was the case,” Flames captain Mark Giordano said.

“We have built something here that's pretty special, in terms of coming back from our losing streak before that,” center Derek Ryan said. “We're in a pretty good spot, so no reason to hang our heads.”

David Rittich had 27 stops for the Flames.

Foegele put the game away with a short-handed goal at 15:05 of the third, then another into an empty net with 3 seconds remaining.

NOTES: Flames D TJ Brodie played in his 600th game. He's the 10th player in franchise history to reach that milestone... Hamilton has 30 goals since the start of the 2018-19 season, which leads all defensemen... The Hurricanes will practice in Banff, Alberta., on Monday, before playing in Winnipeg on Tuesday.

Hurricanes: At Winnipeg on Tuesday night.