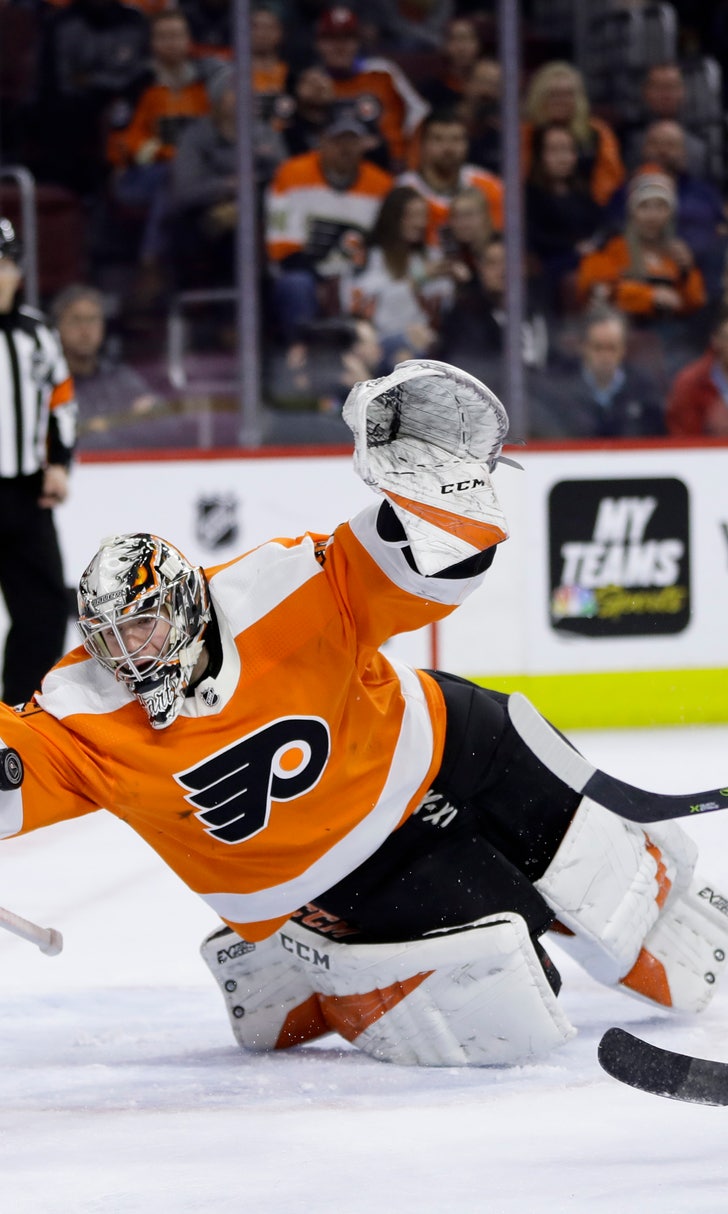 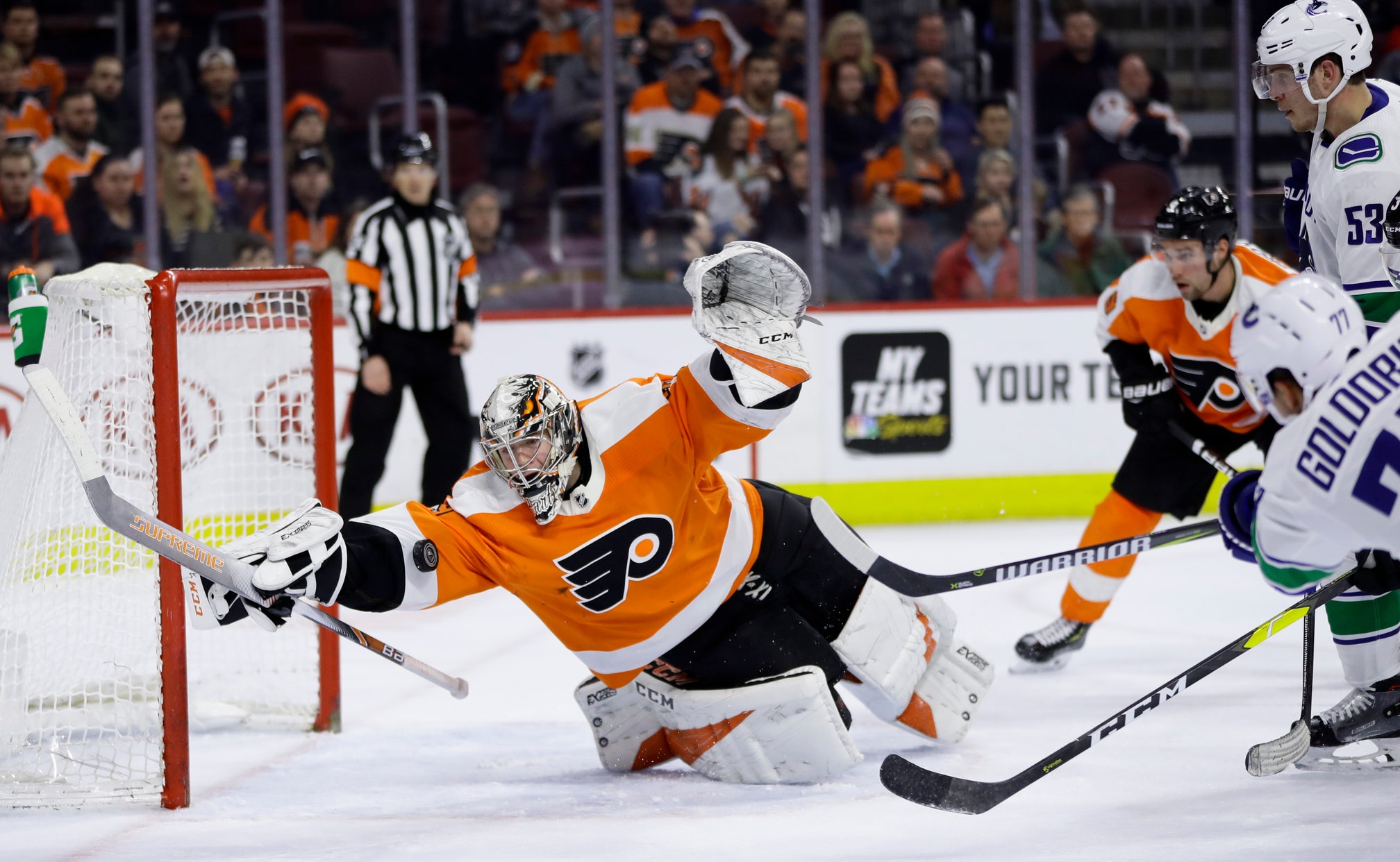 The Flyers pulled within five points of a playoff spot after having the NHL's worst record on Jan. 9 — they were 14 points out of a postseason berth during the All-Star break just over a week ago. Philadelphia also became the first NHL expansion club to reach 2,000 victories

Hart, Philadelphia's 20-year-old rookie, won his seventh straight start with another solid game. His best stop came with 5 ½ minutes left when he dived with his right arm to deny Nikolay Goldobin from a sharp angle on a power play.

Brock Boeser scored for Vancouver, which was playing the first of three games in four nights.

The game was delayed for several minutes midway through the third period after Vancouver's Alexander Edler went down with a scary-looking injury. Edler's skate got caught in Voracek's stick, causing Edler to land face-first on the ice. With a bloodied face and dazed look, a conscious Edler was wheeled off on a stretcher while sitting upright.

Toffoli's ninth goal of the season came moments after the Rangers' Mika Zibanejad rang the puck off the post behind Kings goaltender Jonathan Quick. Toffoli was mobbed by his teammates as Rangers netminder Henrik Lundqvist skated away in disgust.

Adrian Kempe scored twice and Anze Kopitar added a goal for the Kings, who scored in the last minute of regulation and the first minute of overtime. Quick finished with 24 saves.

Zibanejad, Chris Kreider and Adam McQuaid scored for the Rangers. Lundqvist made 26 saves.

William Nylander and John Tavares each had a goal and an assist, and Connor Brown also scored for Toronto, which has won three in a row at Scotiabank Arena after dropping six of their previous seven home games.

Rickard Rakell scored for Anaheim. John Gibson made 30 saves before being pulled in favor of Chad Johnson after Toronto scored its fifth goal.

DALLAS (AP) — Tyler Seguin scored a tiebreaking goal with 7:32 to play, and Dallas scored four goals in a wild third period on the way to win over Arizona.