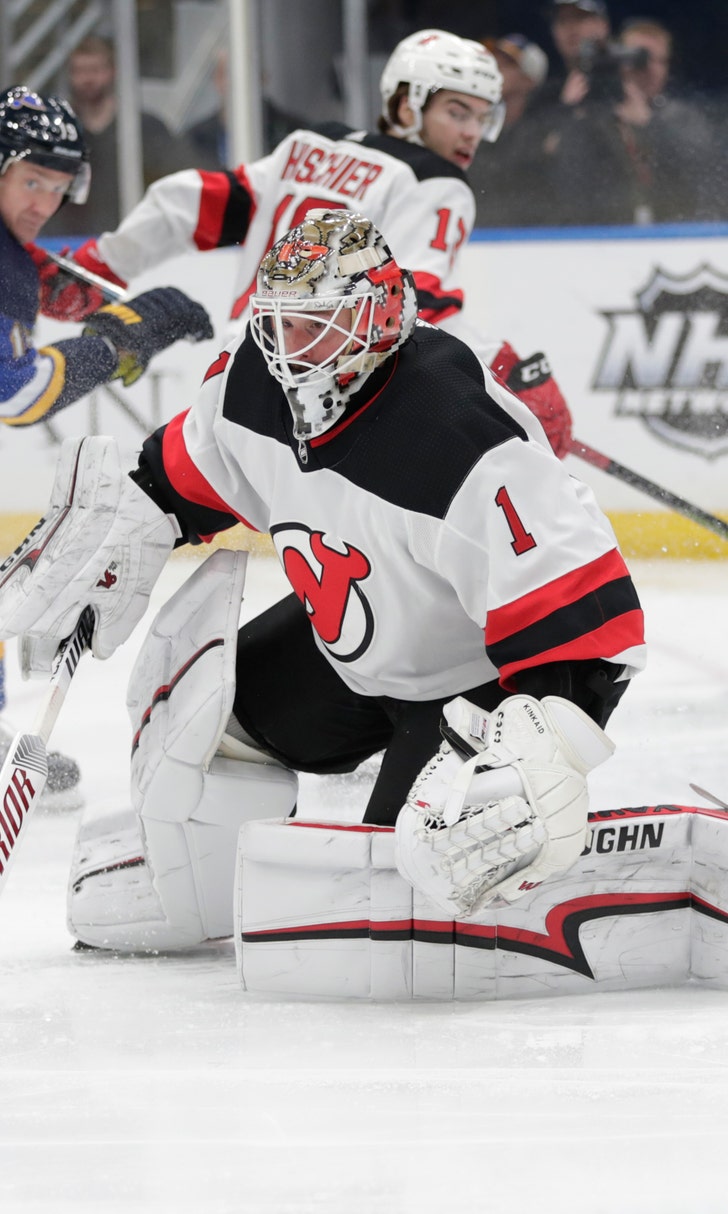 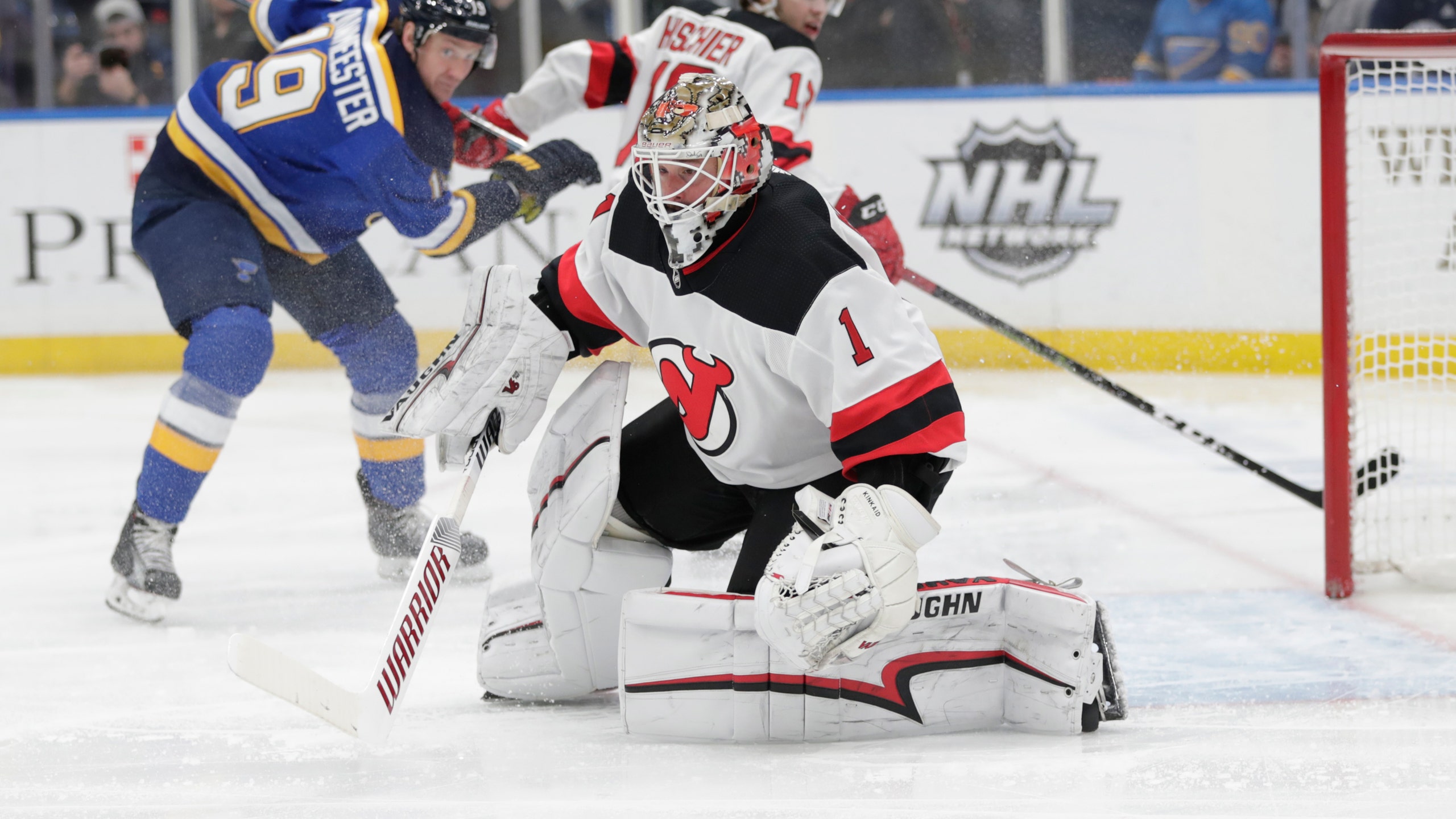 Blue Jackets, Devils get trading under way on deadline day

The West just got wilder, and the Columbus Blue Jackets are going all-in on their late-season NHL playoff push.

The Blue Jackets followed up last week's additions of Ottawa forwards Matt Duchene and Ryan Dzingel by acquiring New York Rangers defenseman Adam McQuaid and New Jersey goalie Keith Kinkaid before Monday's NHL trade deadline. Those moves were then overshadowed by a series of trades made by some of the top contenders in the Western Conference.

A year after reaching the Stanley Cup Final, the Vegas Golden Knights not only acquired Ottawa forward Mark Stone but also reached an agreement to sign the pending unrestricted free agent and five-time 20-goal-scorer to a contract extension.

"You hope it brings something," coach Gerard Gallant said. "He's one of the top players in this league and he should definitely bring a lot of energy to our room."

The Golden Knights are 3-9-1 in their past 13 and are third in the Pacific Division.

The Central Division-leading Winnipeg Jets completed six trades, most notably acquiring center Kevin Hayes by sending forward Brendan Lemieux and a first-round pick to the retooling New York Rangers. Hayes has topped 40 points in four of his five NHL seasons, and projected to take over the second-line center spot alongside Patrik Laine.

"It's obviously tough to leave New York, but I'm excited to join the Jets," Hayes said. "I mean, everybody knows how good they are and the type of players they have on their team."

Predators general manager David Poile was certainly aware of the moves being made by his nearest competitors, but said they had no influence on him striking two deals to upgrade Nashville's offense.

"You can't help but keep an eye on that. We got all the TVs in the room and you see what someone is doing," Poile said. "But I think we have to be focused on ourselves."

Nashville acquired forward Mikael Granlund in a trade that sent Kevin Fiala to Minnesota, and then added power forward Wayne Simmonds in a deal that sent Ryan Hartman to Philadelphia.

The Predators, 3-4-1 in their past eight, began the day a point behind the Jets.

"You look at the top of the food chain in the West, each team added some players. It will be a challenge going forward," San Jose Sharks GM Doug Wilson said, assessing the transformed landscape.

Wilson improved his lineup a day earlier by acquiring Gustav Nyquist in a deal with Detroit.

The Colorado Avalanche, who began the day ninth in the West and a point out of contention, attempted to fortify their playoff chances by acquiring forward Derick Brassard from Florida. Brassard is a 12-year-veteran who is switching teams for the second time in three weeks after being dealt to Florida by Pittsburgh.

Overall, there were 20 trades completed involving 32 players, the fewest since 30 players changed teams at the lockout-shortened 2012-13 season's deadline.

Aside from Columbus, the most notable move in the East involved the Boston Bruins. They acquired forward Marcus Johansson from New Jersey for a 2019 second-round and 2020 fourth-round pick.

Blue Jackets GM Jarmo Kekalainen was initially considered a seller leading up to the deadline. He instead continued a buying spree by shoring up Columbus' blue line and goaltending depth.

"I think Jarmo — and that's what I love about him — I think he's got some jam. He wants to win," coach John Tortorella said. "He's letting the team know, and the team has heard it loud and clear, that he's worked hard to upgrade our roster."

Kekalainen denied the notion the Blue Jackets were going "all-in," by noting the team has several young developing prospects in its system. And yet, the trades leave the Blue Jackets with just two selections in this year's draft.

He also struck a hard line when it came to rejecting offers for Panarin and Bobrovsky.

"We would've moved them if it would've made sense for now and into the future, and it didn't. So here they are," Kekalainen said.

The Blue Jackets have won seven of 10 and jumped into third place of the Metropolitan Division, a point ahead of Pittsburgh, which is currently ninth and out of the playoff picture.

"He got put in a difficult situation with two of his real high-end players that weren't willing to commit to re-sign," MacLellan said. "I think you've got to give him credit for going all-in on it and seeing what happens."

The Penguins made two trades in shoring up an injury-depleted defense. They acquired Chris Wideman from Florida, and Erik Gudbranson in a deal that sent Tanner Pearson to Vancouver.

The league-leading Tampa Bay Lightning stood pat. Others contending teams that were quiet included the Metropolitan-leading New York Islanders and the Carolina Hurricanes, who are attempting to snap a nine-year playoff drought — the NHL's longest active streak. Carolina holds the conference's second and final wild-card berth.

The rebuilding Senators added to their haul of prospects and draft picks by acquiring defenseman Erik Brannstrom, center Oscar Lindberg and a 2020 second-round selection in trading Stone to Vegas.

The 19-year-old Brannstrom was the key to the deal. He was selected with the 15th pick in the 2017 draft and has seven goals and 21 assists as a rookie with the AHL Chicago Wolves.

"He was undoubtedly the best prospect available at the trade deadline and in addition to his talent, he is a natural born leader," Senators GM Pierre Dorion said.