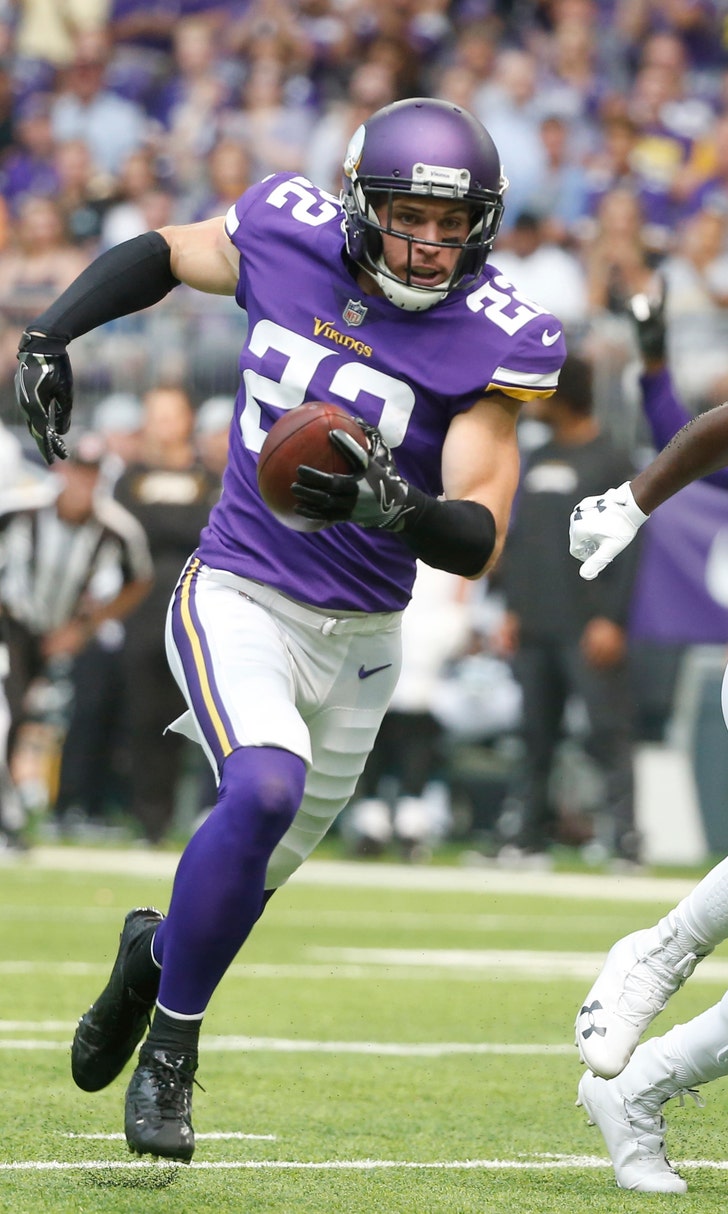 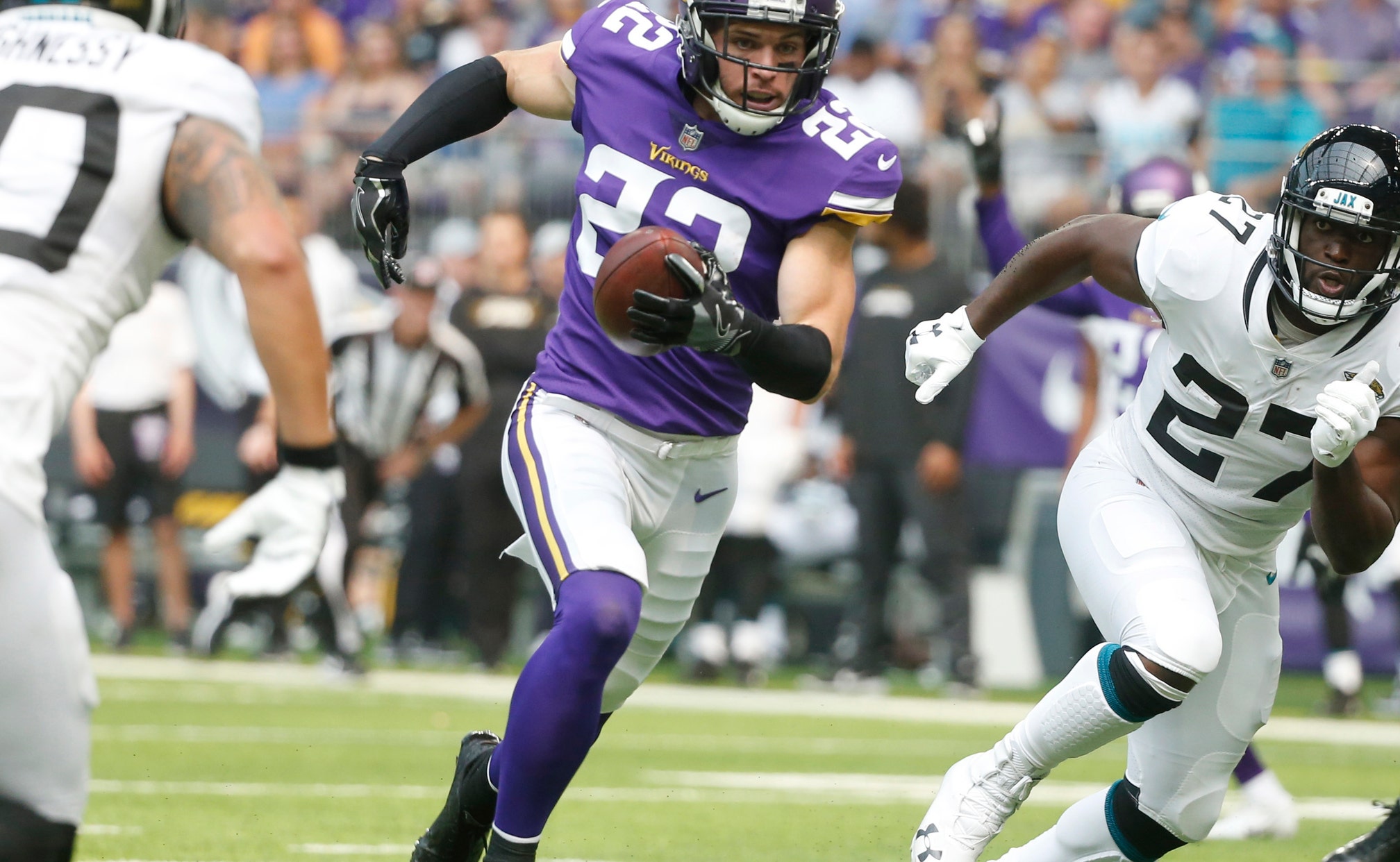 Vikings D preparing for all scenarios with Rodgers, Packers

GREEN BAY, Wis. (AP) — For the Minnesota Vikings, it's more about whether Aaron Rodgers will have his full bag of tricks while playing with a knee injury than if he'll be playing at all.

The Vikings are thoroughly convinced the Green Bay Packers quarterback will be in uniform Sunday when they visit Lambeau Field.

The game before the game between these NFC North rivals involved discerning the status of the Packers' two-time NFL MVP. Rodgers returned to practice on Saturday after being held out to focus on rehab at midweek with what the quarterback said was a sprained left knee.

Coach Mike McCarthy said he would be evaluated each day after Rodgers got hurt in the second quarter of last week's win over the Chicago Bears . He was listed as questionable for Sunday, and McCarthy said Rodgers playing "is no layup."

One of Rodgers' many strengths is his mobility, which allows him to extend plays outside the pocket. The knee injury limited Rodgers' movement against Chicago. He still carved up the secondary operating in a shotgun or pistol formation, and without a huddle.

The quick-pace offense looked unstoppable. It doesn't mean that's all the Packers will do with a limited Rodgers.

"Doesn't mean you have to get the ball out right away. We're playing a great defense, but no, I don't think it makes you go all quick game," he said.

Vikings coach Mike Zimmer recognized the differences in Rodgers in that game. He also won't underestimate him.

"But our biggest thing is that you have to prepare for every scenario," Zimmer said. "If he looks like he's moving pretty well, then we have to adjust to some other parts of the game plan."

Some other notes and things to watch:

Rodgers has thrown only six interceptions in 19 games as a starter against the Vikings, including one playoff game. Over the last seven seasons, the Vikings have picked him off three times in 13 games: Harrison Smith in 2012, Xavier Rhodes in 2015 and Trae Waynes in 2016.

Adams, the Packers' top receiver, was also held out of practice on Wednesday with a shoulder injury suffered during the Bears game before returning as a limited participant on Thursday. Adams, who is questionable on the injury report, said it was a precaution and that he thought he would play. The injury doesn't appear serious, but still bears watching given how important Adams is to the offense, particularly with Rodgers also hurt.

"So we're just taking it light a little bit just so we can build up and be ready for Sunday," Adams said.

The Vikings made their biggest splash of the offseason by signing quarterback Kirk Cousins in free agency, but the following day they made another significant addition with Sheldon Richardson. The sixth-year defensive tackle, after a quiet preseason, immediately made his presence felt in his first real game for Minnesota with six tackles, a half-sack and a team-high three hits on San Francisco quarterback Jimmy Garoppolo. During a sack by defensive end Danielle Hunter, Richardson pushed Garoppolo off his spot and steered him toward his teammate.

With Richardson and nose tackle Linval Joseph capable of stuffing inside running plays and collapsing the pocket on a consistent basis, Hunter and fellow defensive end Everson Griffen ought to have more opportunities for sacks.

A Packers defense in its first game under new coordinator Mike Pettine also stepped up in the comeback over Chicago, holding the Bears to two field goals in the second half. Cousins doesn't have a lot of film to study the Packers' tendencies under Pettine.

"It's not easy; I think you do the best you can," Cousins said. "Trust your eyes, trust your rules and try to make good decisions."

Packers rookie cornerbacks Jaire Alexander and Josh Jackson, along with second-year cornerback Kevin King, will be tested by the Vikings' standout receiving duo of Adam Thielen and Stefon Diggs. Thielen, who had a career-best 12 catches for 202 yards and two scores at Lambeau in December 2016, is looking forward to playing in Green Bay early in the season.

"It will be nice actually playing on a good field," Thielen said.

Colts Win Thriller, Cowboys End Skid
Also, the Chargers held on for a much-needed win, and Tua Tagovailoa suffers his first loss as a starter.
1 day ago