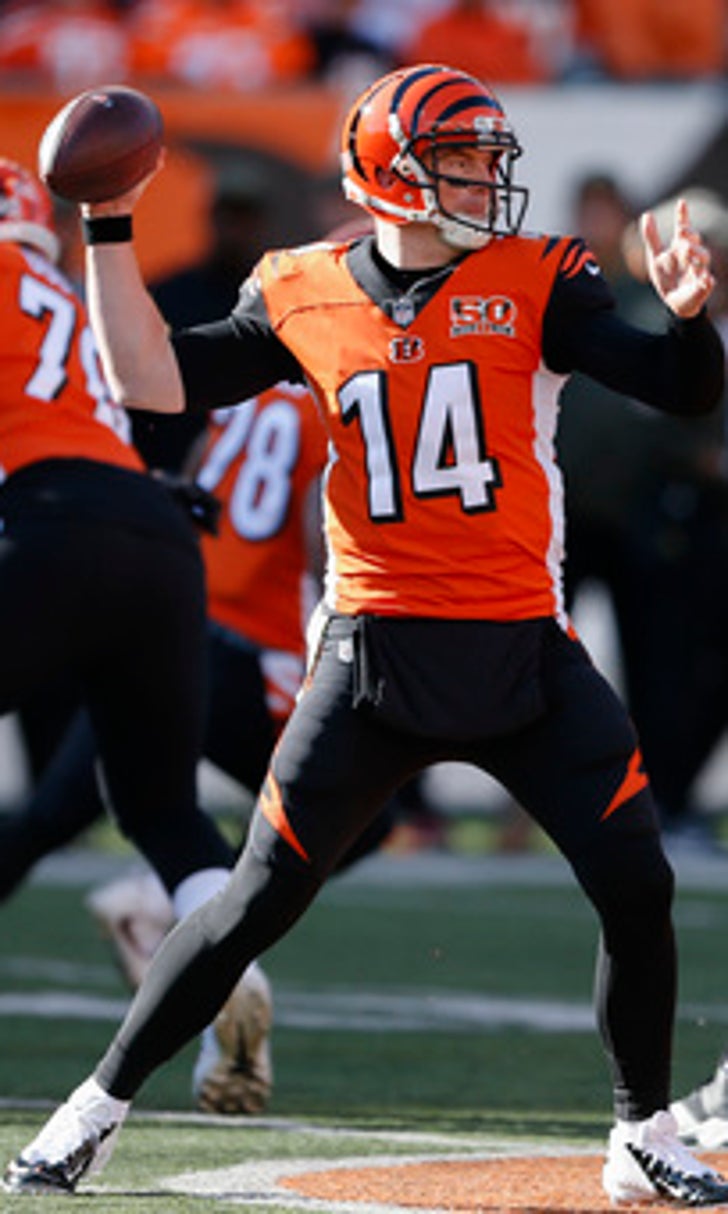 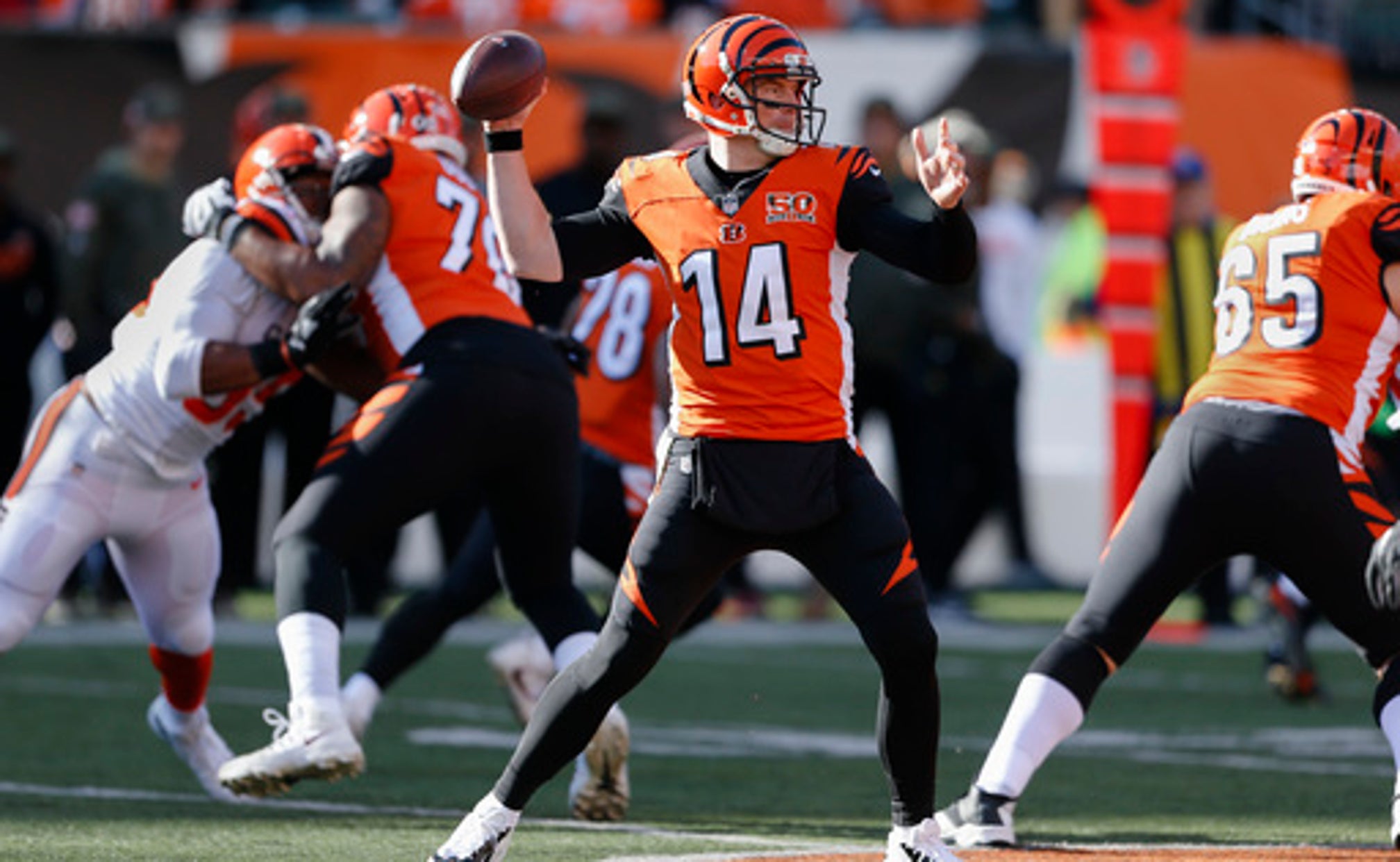 Mixon finally had his moment, running for a career-high 114 yards during a 30-16 victory Sunday that kept the Bengals (5-6) with a flicker of hope for a playoff berth if they finish strong and get a lot of help.

For Kizer and the Browns, it's another week of wondering if they'll even win a game.

The Browns became the second team since the 1970 merger to go 0-11 in back-to-back years. The expansion Buccaneers did it in 1976-77. These Browns waited until the 15th game last season to get their only win, and they're starting to run out of chances to avoid 0-16.

''Once we get over that hill, we'll win a lot of games,'' Kizer predicted.

All season long, the Browns have played well enough to keep it close, only to let it slip away with bad plays. The same thing happened at Paul Brown Stadium. Kizer threw for a career-high 268 yards and scored on a keeper with 6:57 left, getting the Browns within a touchdown.

Next up is a Monday night game at home against the AFC North-leading Steelers with Cincinnati's season on the line.

''The locker room's going to be great, and this is a big one ahead of us,'' Mixon said.

Some takeaways from the Bengals' latest lopsided win in the intrastate series:

WIN GOING AWAY: Not only have the Bengals won the last seven in the series, they've also taken 21 of the last 27. The Bengals have scored 23 or more points in each game during the seven-game winning streak, including 30 six times. The only other time they scored more than 24 points in a game this season was Oct. 1, when they went to Cleveland and got a 31-7 victory.

UP AND RUNNING: Cincinnati's running game was by far the worst in the league and the worst in franchise history heading into the game, averaging only 3 yards per carry. The Bengals had topped 100 yards rushing as a team only once all season, and were coming off a 49-yard effort at Denver.

''We put an emphasis on running the ball this week,'' right tackle Andre Smith said.

KIZER BETTER, BUT STILL: The rookie made several nice throws to keep the offense moving - Cleveland piled up 405 yards - but the Browns wasted chances to make the Bengals sweat it out. Zane Gonzalez missed a field goal, and Corey Coleman dropped a pass in the end zone, forcing Cleveland to settle for a field goal on another possession.

BIG HIT: Peppers' high hit on receiver Josh Malone down the sideline drew a 15-yard penalty that moved the Bengals into position to put the game away. The Browns' sideline reacted angrily to the call.

''The officials said that our player's helmet hit their player in the head,'' Jackson said. ''I didn't see that. I thought our player's shoulder hit him in the chest.

''That was a huge call at that juncture in the game, and the officials have to get that one right. I thought Jabrill did the right thing during that play.''

ON THE HORIZON: In order to stay in the playoff chase, the Bengals have to beat Pittsburgh next Monday. The Steelers have won five in a row and eight of nine in their series, including a 29-14 win in Pittsburgh on Oct. 22. The Browns play at the Los Angeles Chargers. Last year, they beat the Chargers in Cleveland for their only victory.

Browns Put Feet on the Ground
In Thursday's 'Battle of Ohio,' the team from Cleveland ran, and ran, and kept running all over its rival from Cincinnati.
3 days ago