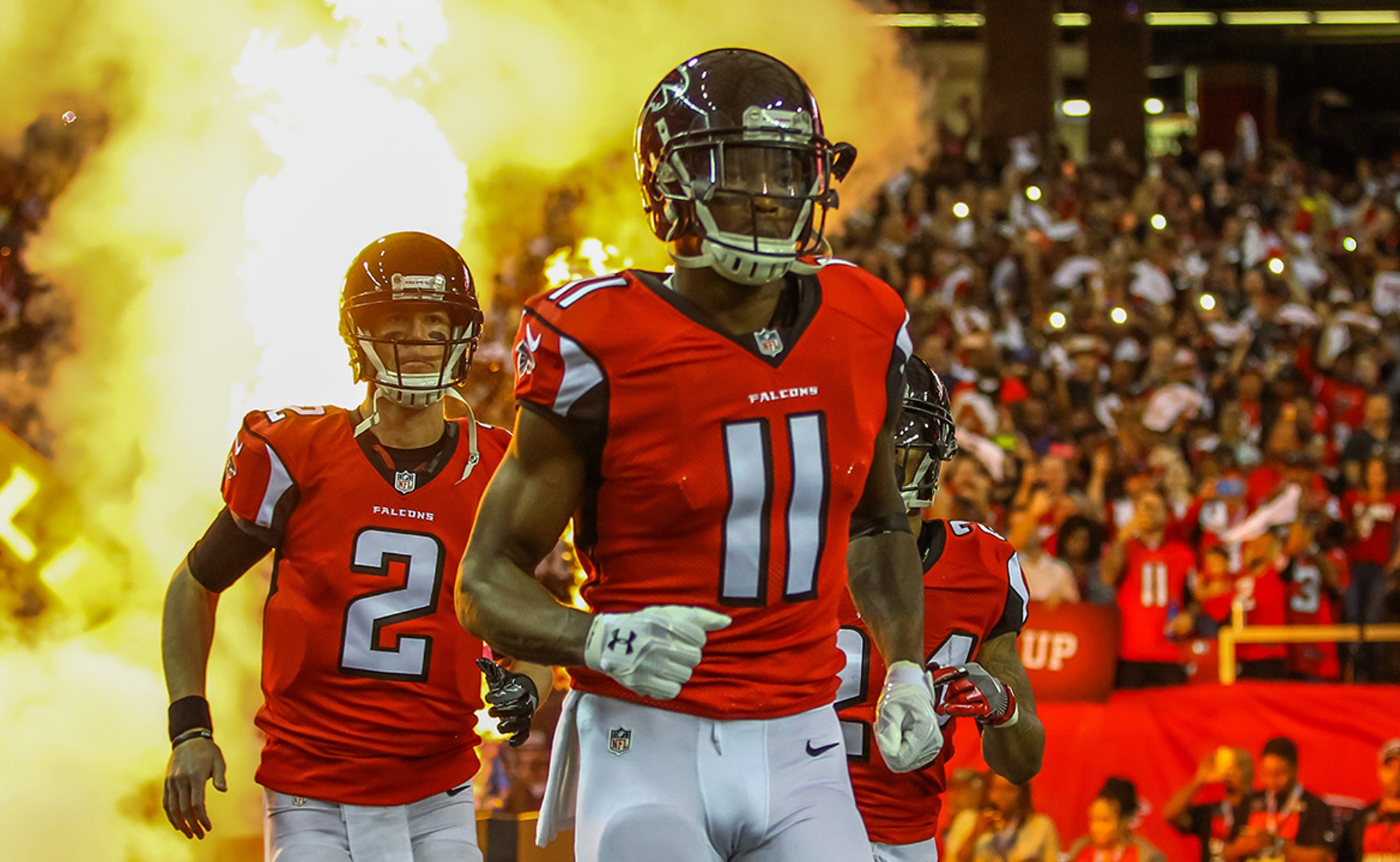 One team set the record for most points ever scored in a season. One squad redefined the NFL rushing attack. And one was led by a Manning.

But there can only be one 'Offense of the Decade.'

Let's take a deeper look at just how incredible those offenses were before you, the fans, share your thoughts on 'Offense of the Decade' on Twitter.

Led by NFL MVP Lamar Jackson, the Baltimore Ravens finished the 2019 season second in total offense (407.6 yards per game), but it was their potent rushing attack that broke NFL records and led them to a 14-2 regular season record.

In addition, Baltimore's 33.2 points per game led the NFL, and their 21 rushing TDs were the second most in the league. It was the only team in the league to score 20+ points in every game.

While Jackson led the NFL in passing TDs (36), it was his rushing ability that truly changed the game. He finished the season with 1,206 yards on the ground, an NFL record for a quarterback and the 6th most rushing yards in the NFL.

After the season, the Ravens' offense had 7 Pro Bowlers and 3 All-Pro selections.

Would this debate even be a debate without Patrick Mahomes involved?

The 2018 Kansas City Chiefs were led by Mahomes, who was named NFL MVP and Offensive Player of the Year after the season. He threw for an incredible 5,097 yards and 50 TDs, while the Chiefs led the NFL in yards per game (425.6) and points per game (35.3), finishing the regular season 12-4 overall.

Kansas City scored at least 26 points in every contest and scored 30 or more in 12 of 16 games, and its offense had 5 Pro Bowlers and 4 All-Pro selections at season's end.

Atlanta Falcons quarterback Matt Ryan had the best season of his career and was named NFL MVP in 2016 – seeing a trend here?

Ryan threw for 4,944 yards and 38 TDs, leading Atlanta to an 11-5 regular season record and a berth in Super Bowl LI. In addition, an NFL record 13 receivers caught a touchdown on the season.

Serious, Manning was ridiculous this season. He set NFL records for passing yards in a season (5,477 yards) and passing TDs in a season (55), while leading the Broncos to a 13-3 record and berth in Super Bowl XLVIII.

The Broncos had four receivers catch 10+ touchdowns on the season, also an NFL record.

Their offense scored 4 Pro Bowlers and 3 All-Pro selections. And you guessed it – Manning was named NFL MVP.

Brees led the New Orleans Saints to 13-3 regular season record, but individually, he was remarkable.

His 5,476 passing yards in 2011 are the second-most all time, and he coupled those with a league-leading 46 touchdowns.

The Saints led the NFL in total offense (467.1 yards per game) and finished second in points per game (34.2). Their offense tallied 5 Pro Bowlers and 4 All-Pro selections at season's end.

It takes a special quarterback to successfully replace Brett Favre, and Aaron Rodgers did just that beginning in 2008.

But it wasn't until 2011 that he reached the peak of his powers.

That season, Rodgers threw for 4,643 yards and 45 TDs, leading the Packers to a 14-1 record as a starter. He set an NFL record for passer rating in a season (122.5), and of course, was named NFL MVP, a year removed from winning his first Super Bowl and Super Bowl MVP.

So, which offense is the best of the past decade? Let us know what you think!

The Value Of 0-2
History says a surprising group of NFL teams could be dangerous in Week 3. Jason McIntyre breaks down his top bets.
3 hours ago

Colin Cowherd's Blazin' 5 – Week 3
Colin officially has his eye on a few NFL trends so far this season, and he believes defense will be key in Week 3.
7 hours ago

Holding The Door Open
Four women will make NFL history on Sunday. Charlotte Wilder sat down with them to discuss representation, criticism, and more.
22 hours ago