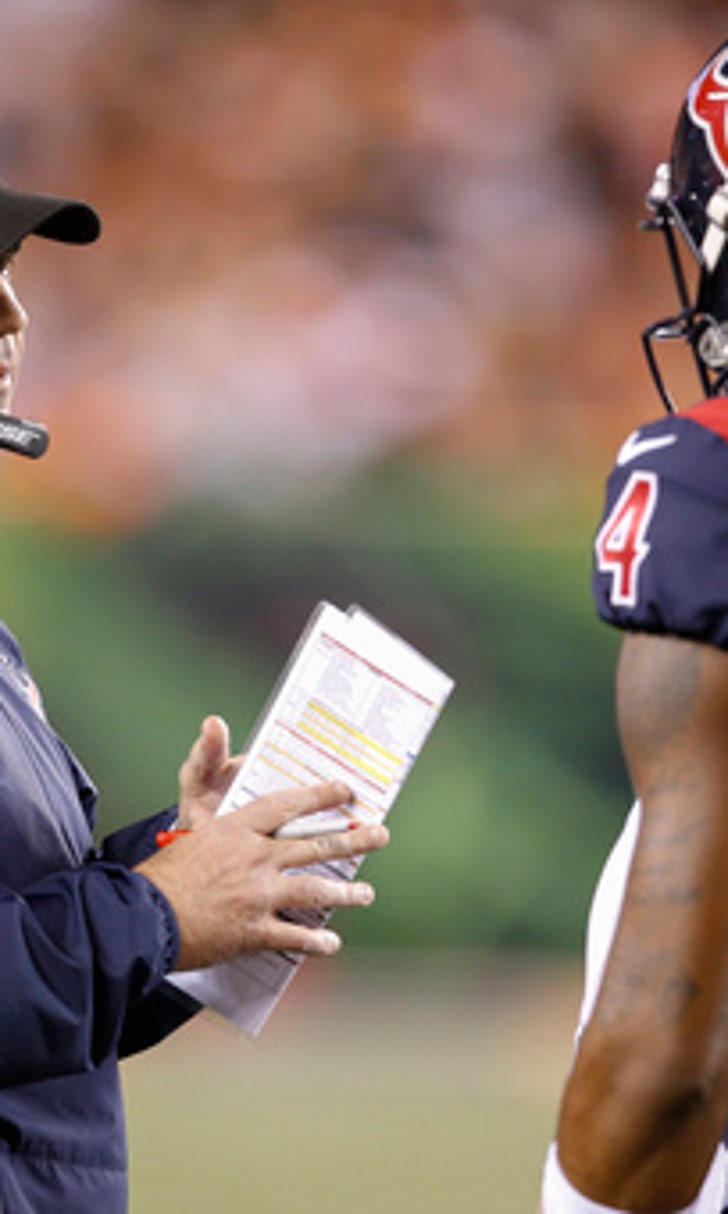 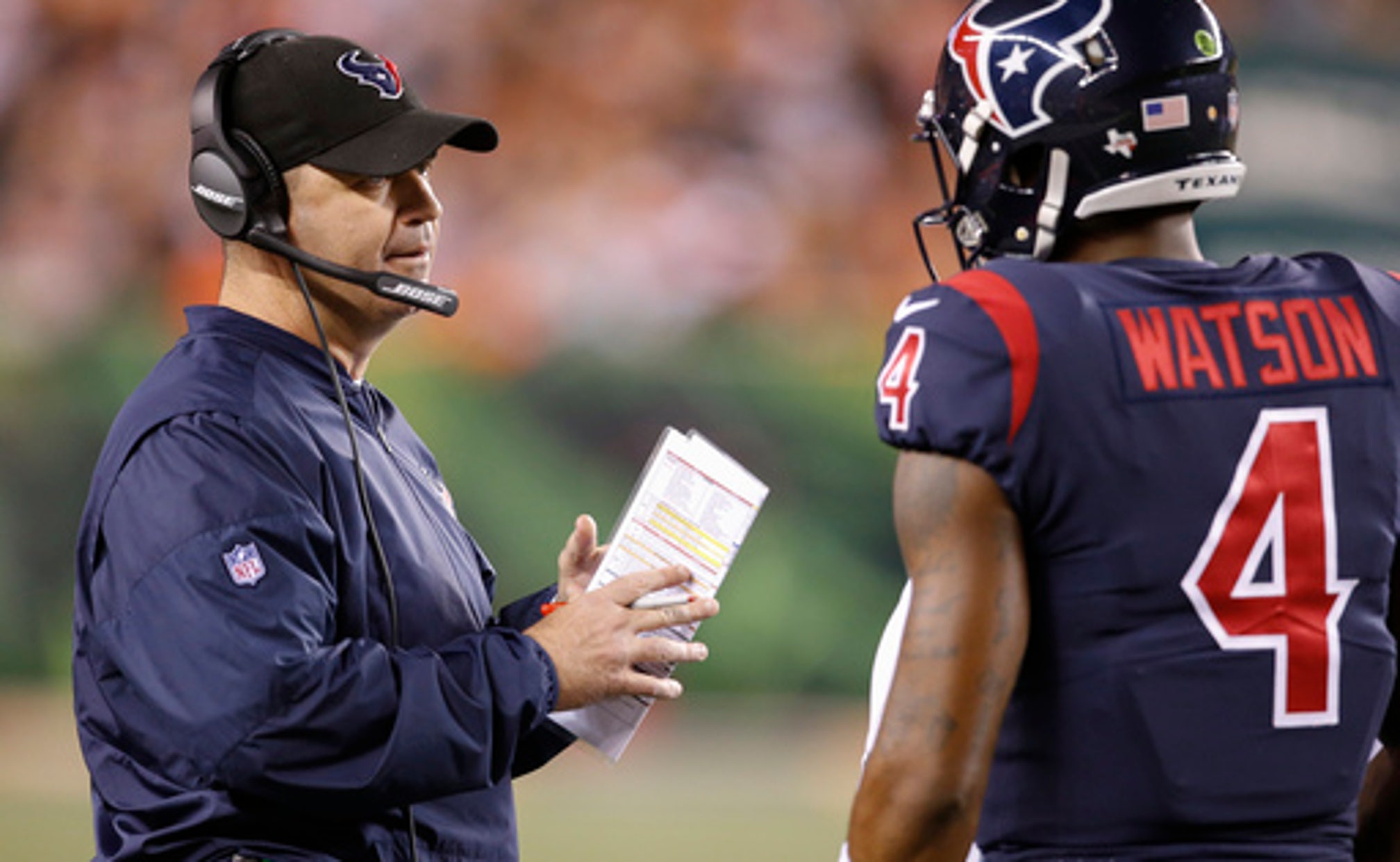 CINCINNATI (AP) A black tux and bowtie. Deshaun Watson decided to dress in style for his first NFL start, one that came in prime time on his 22nd birthday.

The clothes and the moment were a perfect fit for the national champ.

Watson scrambled 49 yards for the game's only touchdown Thursday night, leading the injury-depleted Houston Texans to a 13-9 victory over the Cincinnati Bengals. He avoided the big mistake, made the game-turning play, and led Houston (1-1) to a clinching field goal in the closing minutes.

''It was insane,'' defensive end Christian Covington said of the rookie's touchdown run . ''That's why he is who he is. The whole sideline went crazy. That was a game-sealing touchdown right there.''

It came in the first half, but given the way the Bengals are playing on offense, it was indeed the decisive play. Cincinnati (0-2) opened the season with a pair of home games, but has yet to score a touchdown in 25 possessions.

The last team that opened with two home games and failed to reach the end zone was the 1939 Eagles, according to the Elias Sports Bureau. No team has scored so few points in a pair of season-opening home games since the 1949 Packers.

Few young quarterbacks have gotten better results than Watson, who was working with an offense missing three tight ends to concussions, plus a receiver and a guard. He ran five times for a team-high 67 yards and completed 15 of 24 passes for 125 yards with no interceptions and three sacks.

Watson won a national championship at Clemson with his dual-threat ability. The first-round pick used every bit of it in a conservative plan aimed at making the most of what the Texans had left on offense.

''I don't really get nervous when I step on the field,'' Watson said. ''Football is football. This is what I've been dreaming of my whole life.''

Some takeaways from the Texans' win:

WATSON'S PLAUDITS: Watson is the first rookie quarterback to win his first start on the road in a prime-time game since the Eagles' Joe Webb in 2010, according to Elias. He's the first quarterback in the last two seasons to lead his team in both passing and rushing and get a win.

''That's one of the things you've seen throughout his career at Clemson, and what we've seen in the preseason here,'' coach Bill O'Brien said. ''He just has that ability and that knack.''

WATT BACK IN FORM: J.J. Watt raised more than $30 million for those affected when Hurricane Harvey hit Texas. He was emotional in the Texans' home opener Sunday and managed only one tackle and one quarterback hit. He was back in form Thursday with six tackles, one pass deflection and one hit on Dalton. He also leveled center Russell Bodine on the game's final play after he got a lateral.

DALTON'S STRUGGLES: Andy Dalton threw four interceptions , lost a fumble and finished with a passer rating of 28.4 in a 20-0 loss to the Ravens on Sunday, the first time the Bengals were blanked in a home opener. He was under heavy pressure again Thursday while going 20 of 35 for 224 yards with three sacks and a passer rating of 76.4. He has struggled against the Texans, his hometown team - he grew up in suburban Katy. Dalton is 1-6 career against Houston, including a pair of first-round playoff losses. He's thrown three touchdowns and seven interceptions.

CHANGES NEEDED: Receiver A.J. Green insisted that the Bengals need to do a better job getting the ball to their playmakers in the crucial moments. The offense slipped last season with Ken Zampese in his first season as coordinator, with injuries gutting the unit at midseason. They've been fully healthy during the horrid 0-2 start.

Asked if changes are ahead, Lewis said, ''We're not going to talk about that right now.''