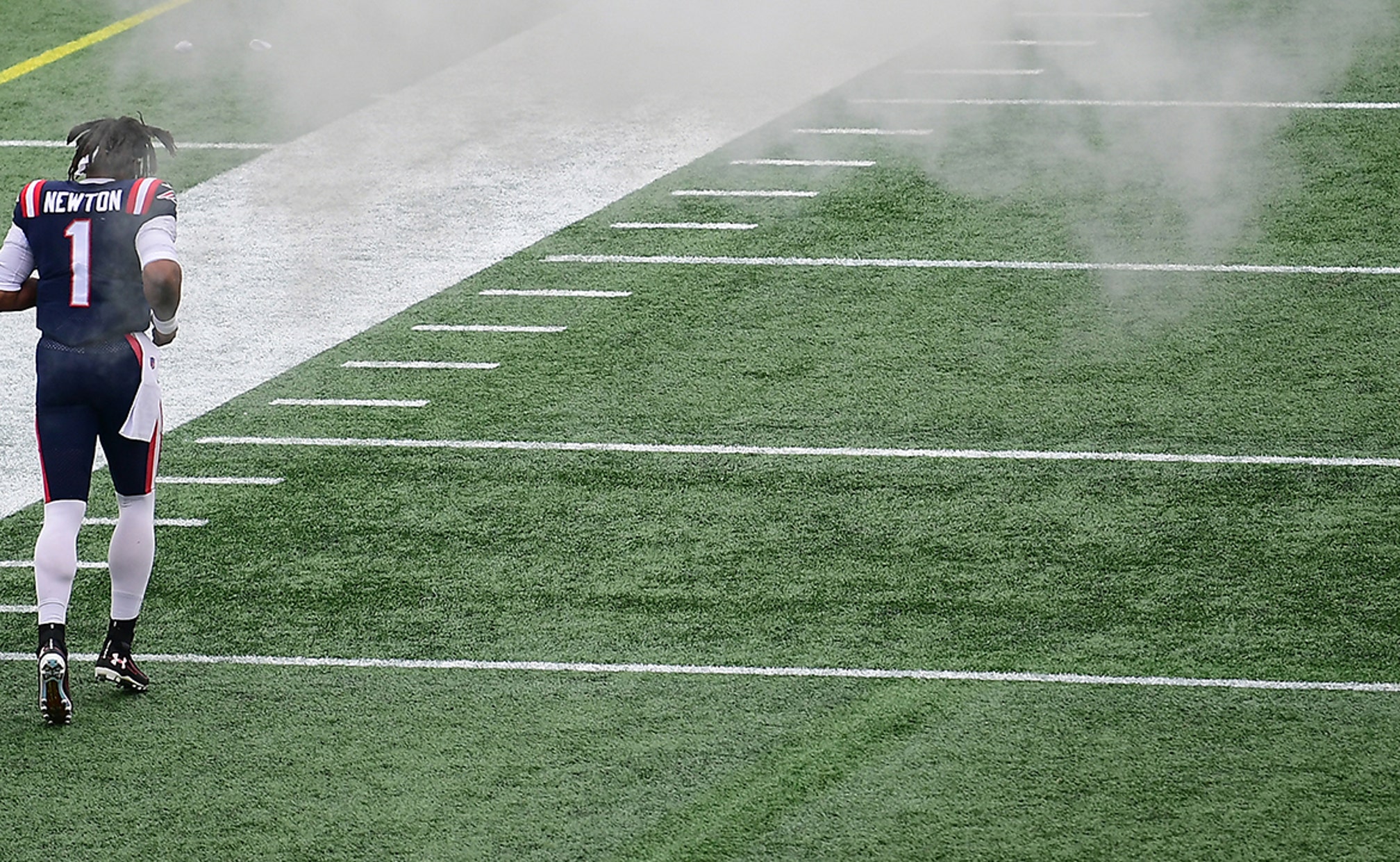 previous story
How Dallas Wasted A Great Offensive Line
next story
Dear Brooklyn: What Is Your Identity?
National Football League

It looks to be one-and-done for Cam Newton in New England.

Newton signed a one-year contract with the Patriots prior to the 2020 season, and was charged with the task of replaciing Tom Brady, who spent 20 seasons with the franchise before bolting for Tampa Bay during the offseason.

The season wasn't all that New England had hoped for, as the Patriots endured their first losing campaign (7-9) since 2000, and missed the playoffs for the first time since 2008.

Newton labored through the year, missing a start after coming down with COVID-19, and struggling to spark a New England offense devoid of big play weapons.

On the year, Newton passed for a career-low 2,657 yards (24th in the NFL), eight touchdowns (34th) and 10 interceptions (tied for fifth most). It marked the first full season in which Newton threw for fewer than 3,000 passing yards since he entered the league in 2011.

Newton did most of his damage with the ball tucked in his arm, as he racked up 592 rushing yards (third among QBs) and 12 scores on the ground (tied for third in the NFL), and Cam did end the season with a stellar showing in Week 17, going 21-of-30 passing for 242 yards and three touchdowns, and adding a 19-yard touchdown reception in a 28-14 win over the New York Jets.

Still, for the first time since 2010, the New England offense finished outside the top 10 in the NFL, and Newton's 177.1 passing yards per game were a league-worst (for quarterbacks with at least 10 starts).

So once the regular season came to an end on Sunday, the chatter about Cam's future began without hesitation, with some of it coming from Newton himself.

Despite the disappointing year, Newton still believes he has what it takes to be a starter in the NFL, but didn't rule out the possibility of being a backup moving forward.

"Honestly, it’s too early to tell," Newton said on WEEI’s The Greg Hill Show. "Do I think I have starting talent? Absolutely. Do I think a lot of things I’ve done were devalued? Not the team’s perspective, probably the media’s perspective — absolutely."

Newton also said that if he enters free agency once again, he will look to move quickly in the process, unlike last offseason, when he didn't sign with the Patriots until July 8 after being released by the Carolina Panthers on March 17.

And as of Wednesday morning, according to ESPN's Adam Schefter, things could be looking up for Newton.

Schefter joined The Greg Hill Show and discussed Washington as a potential landing spot for the 2015 NFL MVP.

Time will tell where Superman lands, but one thing to note is that this year's free agent market will potentially be swimming with quarterbacks.

We'll soon see what city Newton backstrokes into next.

A Problem in Houston
Deshaun Watson is not happy with the Texans, and reports are that a trade is not off the table. How did we get to this point?
1 min ago

One More Matchup For The Ages
Tom Brady and Drew Brees have faced countless big occasions before, yet Sunday’s showdown between the Bucs and Saints feels different.
9 hours ago
those were the latest stories
Want to see more?
View All Stories
Fox Sports™ and © 2021 Fox Media LLC and Fox Sports Interactive Media, LLC. All rights reserved. Use of this website (including any and all parts and components) constitutes your acceptance of these Terms of Use and Updated Privacy Policy. Advertising Choices. Do Not Sell my Personal Info