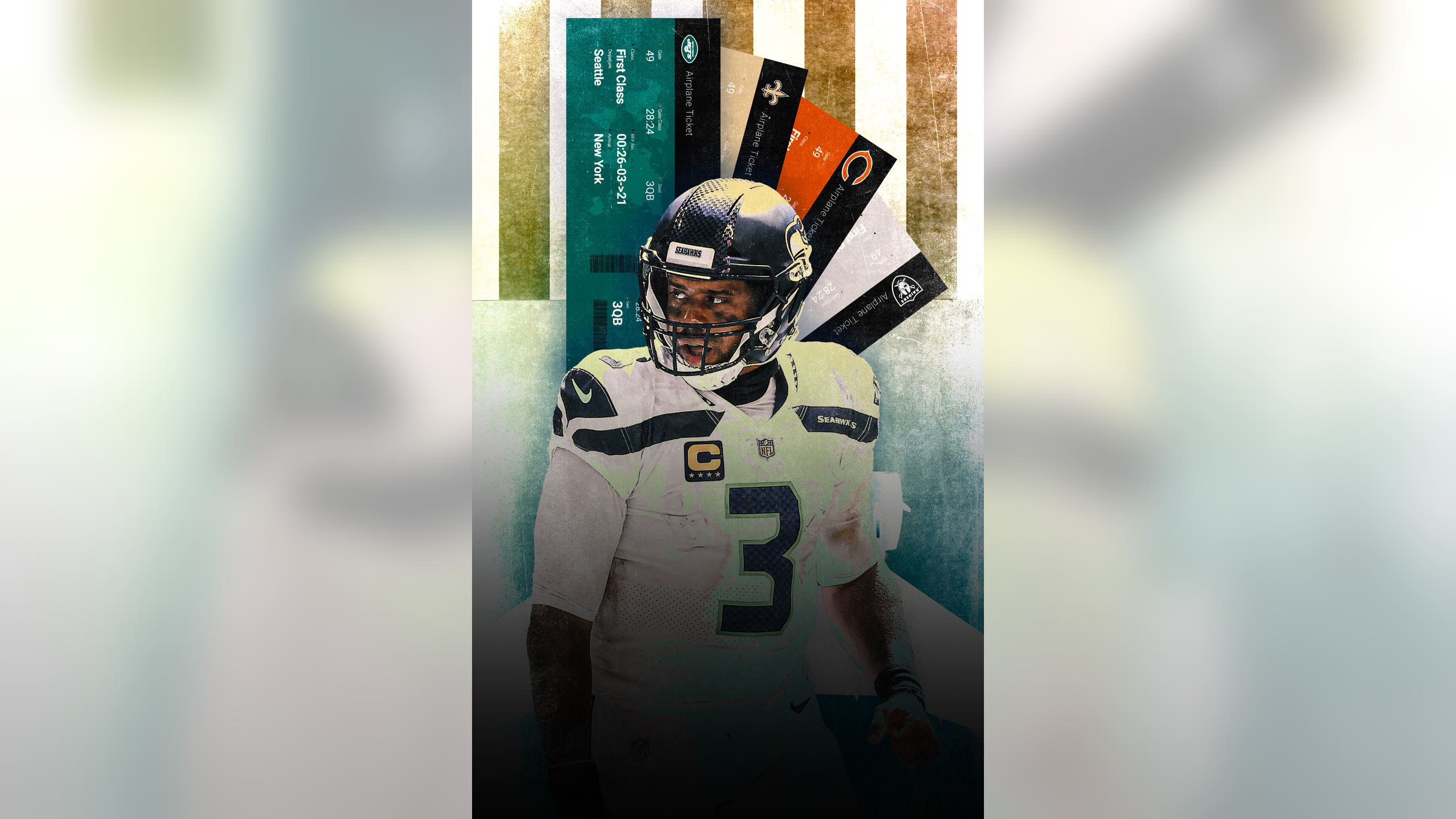 Where could Seattle Seahawks QB Russell Wilson land in a trade?

Seattle Seahawks star quarterback Russell Wilson has been uncharacteristically outspoken in recent days, bringing into question his future with the franchise.

Wilson has made his unhappiness with his role in the organization and his porous offensive line a subject of conversation, piquing the interest of potential suitors.

All the while, the Seahawks organization has stayed tight-lipped on the matter.

Wilson is entering the third year of a five-year deal paying an average of $35 million a year and featuring a no-trade clause. If Seattle wants to move its QB, Wilson will have a say in his destination.

Now the question is this: Will Wilson head out of Seattle?

According to former Pro Bowler Brandon Marshall, there are three landing spots that would welcome Wilson with open arms: the New Orleans Saints, the Chicago Bears and the Las Vegas Raiders.

There is a problem with New Orleans, though, as even with 20-year NFL veteran Drew Brees restructuring his deal to save the team money, the franchise is far over the cap, according to Marshall.

"The Saints make a lot of sense, but the Saints are [around] $100 million over the cap."

In NoLa, Wilson would be paired with high-caliber weapons in running back Alvin Kamara, who is known for his pass-catching abilities out of the backfield, as well as superstar receiver Michael Thomas.

Thomas, the reigning 2019 Offensive Player of the Year, owns the record for receptions by a player in his first five NFL seasons (510).

Next up for Marshall are the Bears, considering few clubs have struggled at the QB position like the team in the Windy City.

"The Chicago Bears are probably willing to do whatever they can, and whatever it takes, to get Russell Wilson in Chicago."

Mike Glennon signed in 2017 and left with his $18.5 million salary after four starts. The 2017 No. 2 pick, Mitch Trubisky, is headed to free agency, and Nick Foles remains the Bears' highly-priced backup on a three-year, $24 million contract.

In the past 10 years, the Bears have made it to the postseason twice, losing both times in the wild-card round.

"This is a great situation for him: You look at Henry Ruggs, you're looking at Nelson Agholor, who got his career back on track, Josh Jacobs, you also have Darren Waller, and they spent around $50 million on that offensive line ... So they have the offensive line there. They made the investment there."

By the end of the 2020 season, rumors were already circulating regarding Derek Carr and the trade block.

With the Raiders, Wilson would have a loaded offensive line, featuring left tackle Kolton Miller (a 2018 first-round pick), left guard Richie Incognito, the highest-paid center in the league in Rodney Hudson (in terms of average annual pay, at $11.13 million) and the highest-paid offensive lineman in NFL history in Trent Brown (four-year, $66 million contract).

In addition, Gruden is known for aggressively pursuing what he wants, and the Raiders have the second-best odds to land Wilson (+500), according to FOX Bet.

However, Seattle is still the heavy favorite (-2500), and Seahawks beat writer Gregg Bell remains steadfast in his belief that Wilson is there to stay.

"The facts are that Russell Wilson is in the same place he's been for the last nine years, under contract as the franchise quarterback of the Seahawks ... Three years left still, $96 million left still on that deal. And the Seahawks aren't trading him. He's not going anywhere. ... Forget it."

Visions of greatness?
Some think New England has the chance to snag a QB reminiscent of a former Patriots legend with the No. 15 pick in the NFL Draft.
38 mins ago