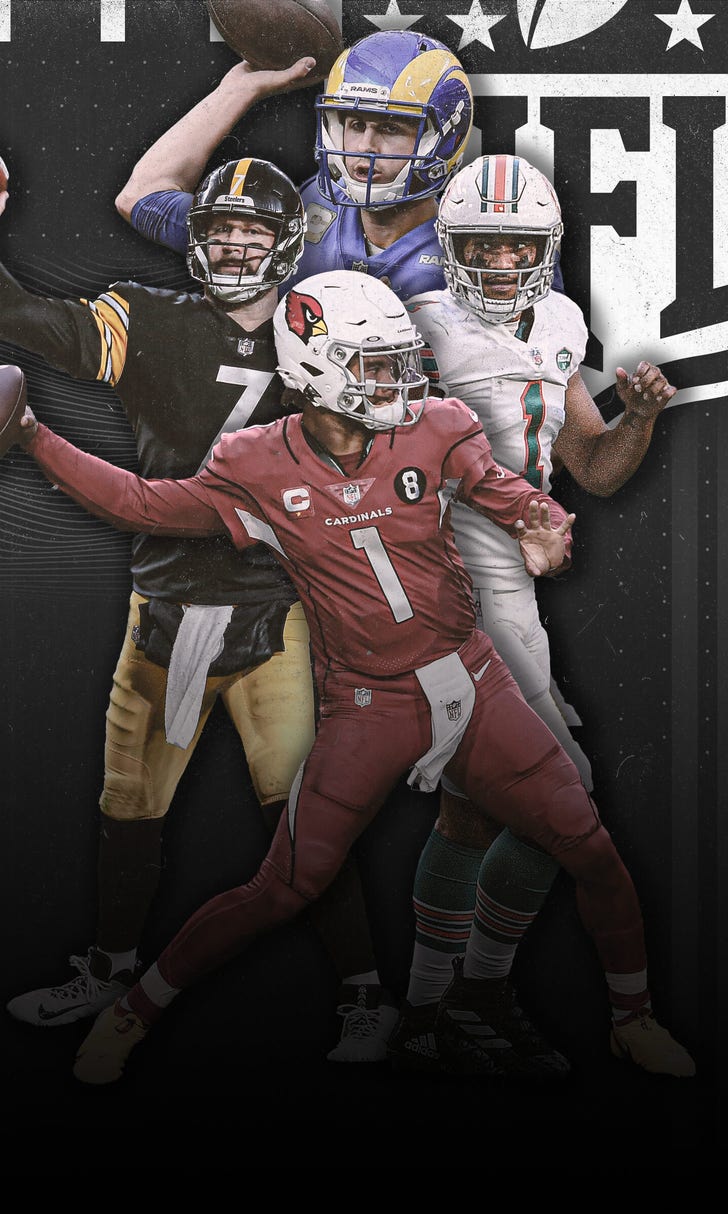 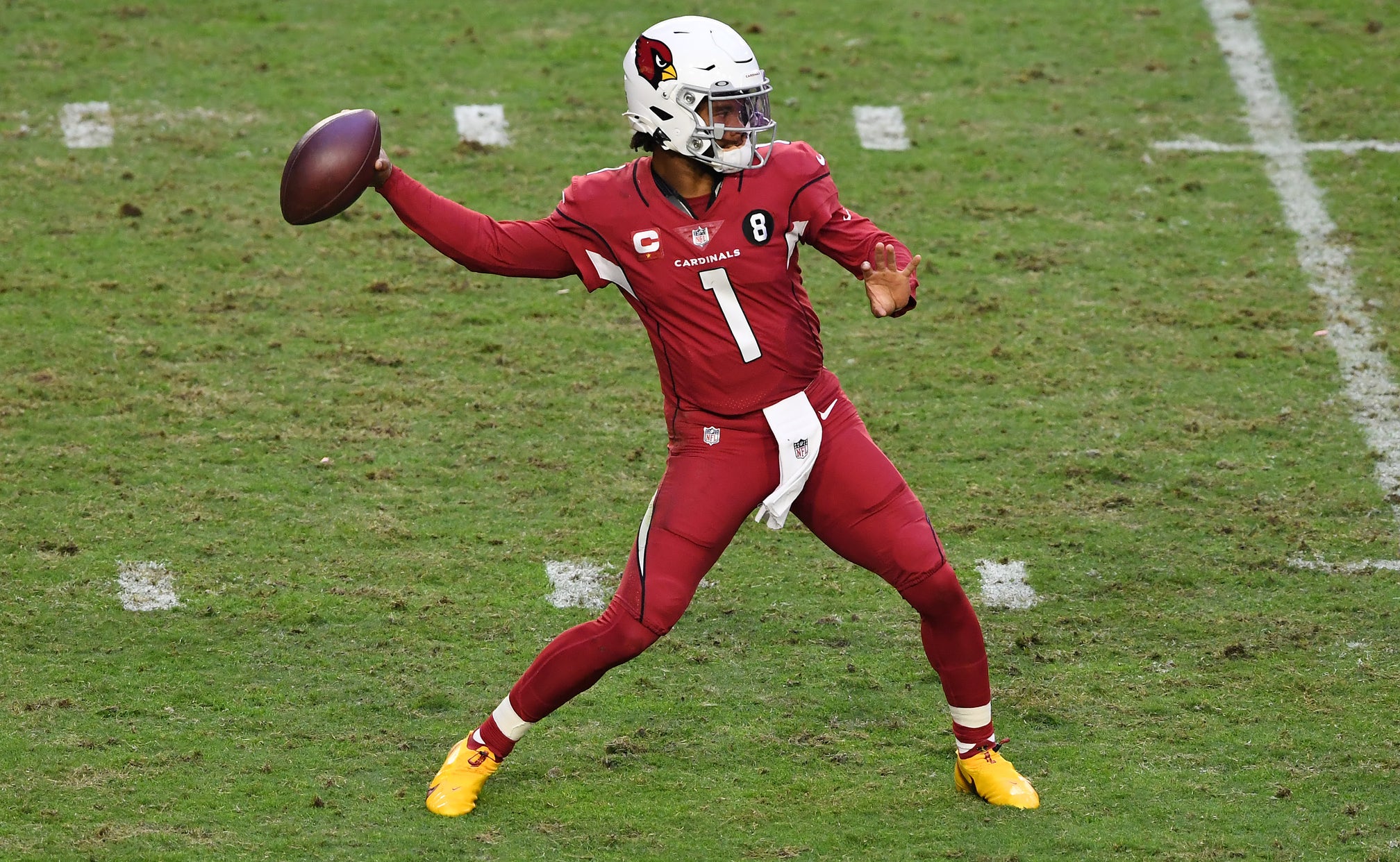 Ben Roethlisberger and the Pittsburgh Steelers kept rolling in the AFC North, while Kyler Murray and DeAndre Hopkins pulled off the miraculous against Buffalo.

The Las Vegas Raiders also are keeping pace in the AFC West, with another win over a divisional rival.

Here are the takeaways from the afternoon slate of games during Week 10 in the NFL.

For the second consecutive week, an Arizona Cardinals game came down to the wire.

But unlike their 34-31 loss to the Miami Dolphins in Week 9, the Cardinals managed to come out on top against the Buffalo Bills in thrilling fashion.

Arizona found itself down 30-26 with 34 seconds to play, after Josh Allen and Stefon Diggs hooked up for what appeared to be the game-winning touchdown for Buffalo.

But Kyler Murray and DeAndre Hopkins responded with their own magic, connecting on a bomb with one second remaining that not only sealed the victory for the Cardinals, but left teammates speechless.

Murray also made history with his performance today, running into the NFL record books.

The Cardinals are now 6-3 and atop the NFC West.

While the Cardinals sit in first place in the NFC West, the Rams made their presence felt in the division on Sunday, earning a huge win over the Seahawks in a defensive masterpiece.

The matchup was a battle between the Rams defense – which was only allowing 19 points per game – and the highest scoring offense in the NFL in Seattle, which came in averaging 34.3 points per game.

The Rams defense proved it was the superior unit, forcing three turnovers at the expense of Russell Wilson.

Sharing a division with the reigning Super Bowl champions, who have a perennial MVP candidate at quarterback, might seem like an uphill battle to winning the division.

However, it doesn't seem to be having much of an impact on the Raiders, after Las Vegas earned a 37-12 win over the Denver Broncos to remain undefeated in the divison, including a win over the Chiefs.

The Raiders rode their rushing tandem of Josh Jacobs and Devontae Booker to the tune of 193 yards and four touchdowns, building positive momentum with their third consecutive win.

The Raiders are establishing themselves as a legitimate playoff contender in Jon Gruden's second season as head coach, and they will host the Chiefs next Sunday in a crucial division matchup.

The Pittsburgh defense has been the catalyst for the Steelers' success this season.

But against the Cincinnati Bengals, Ben Roethlisberger and the offense dazzled en route to a 36-10 victory.

He now has 22 passing touchdowns on the season to only four interceptions, and his performance has positioned the Steelers atop not only the AFC, but the entire NFL through 10 weeks.

They remain the only unbeaten team in the NFL.

While the Steelers are 9-0 on the season, the Miami Dolphins are one of the NFL's hottest teams.

After a 29-21 win over the Los Angeles Chargers, the Dolphins have now won five games in a row and their rookie quarterback, Tua Tagovailoa, is looking more and more comfortable each start.

Tagovailoa has now thrown five passing touchdowns in his three starts and is 3-0 as the starting quarterback for the Dolphins.

Months after selecting Tua in the top five of the 2020 NFL Draft, the Dolphins have positioned themselves for a playoff spot with a 6-3 record, sitting in second place in the AFC East and a half game back of the first place Bills.

Saints win – but at what cost?

The New Orleans Saints have continued to push along this season to a 7-2 record without having their full collection of players.

And after a 27-13 win over the San Francisco 49ers, they might have an even bigger injury problem on their hands.

Future Hall of Fame quarterback Drew Brees did not return to the second half of the game after taking a big hit in the first half.

Jameis Winston filled in for Brees, completing 6-of-10 passes for 63 yards, but Alvin Kamara proved to be the difference for New Orleans over the Niners

The Saints are tied with Green Bay for the best record in the NFC, but the status of Brees will play a big role in the remainder of their season.