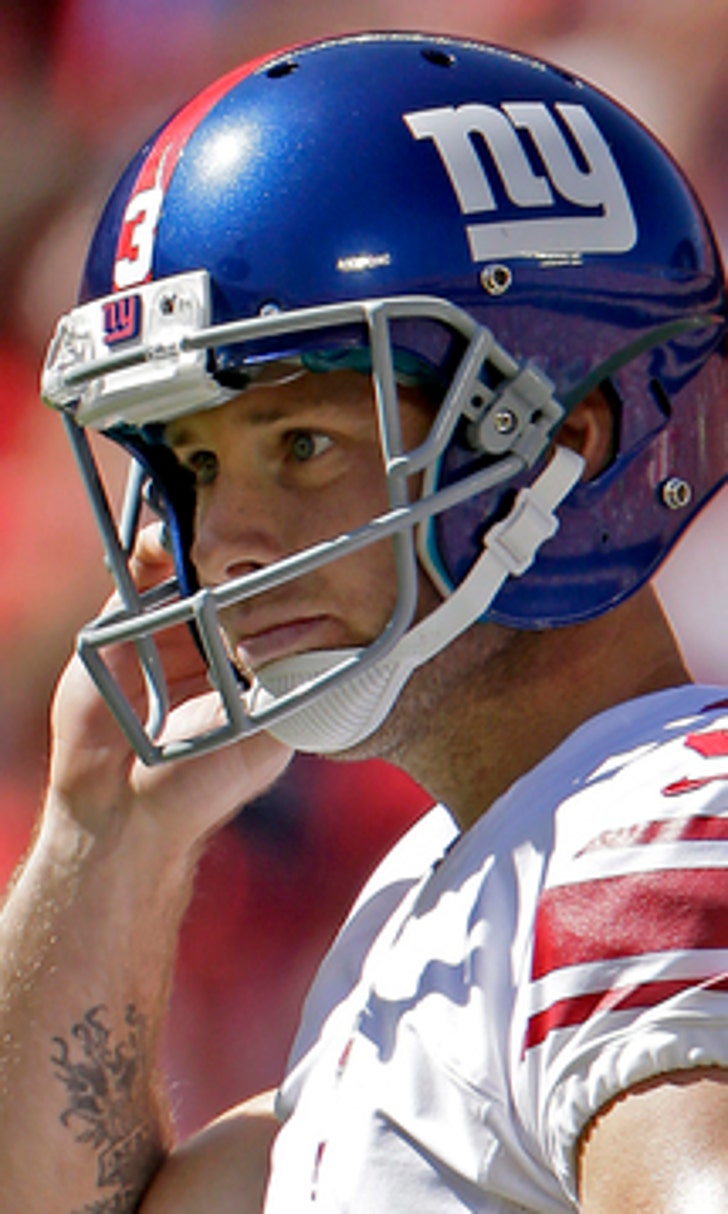 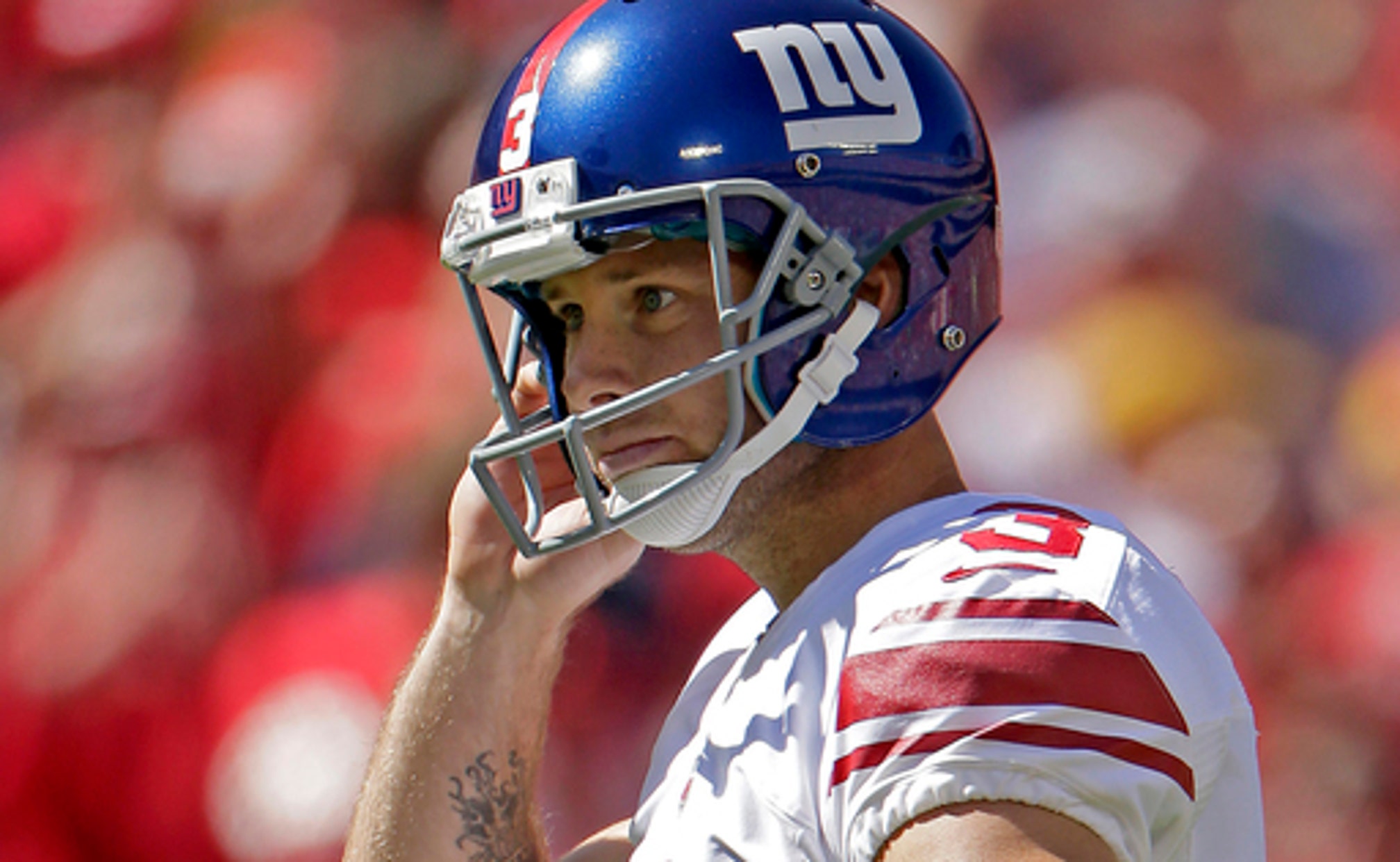 previous story
LEADING OFF: Day off for Dodgers, Cubs before NLCS Game 6
next story
Vin Scully returns to Dodger Stadium as NLCS spectator 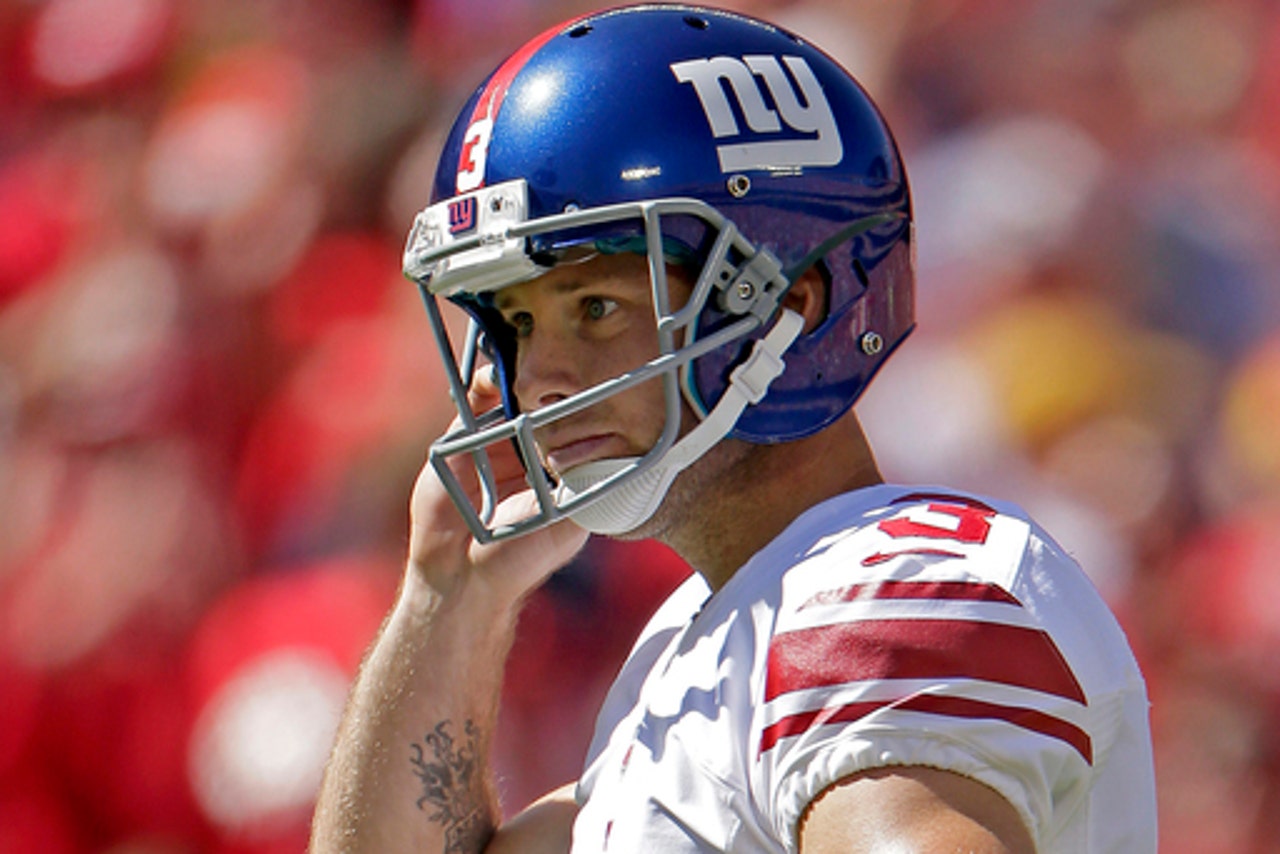 EAST RUTHERFORD, N.J. (AP) Josh Brown's future with the New York Giants and possibly the NFL is in jeopardy after police released journal entries and emails in which the place-kicker admitted that he repeatedly verbally and physically abused his former wife.

The league reacted Thursday by re-opening its investigation into a 2015 domestic abuse complaint made by Brown's former wife, though prosecutors said they were closing the criminal case without filing charges because they could not secure key testimony from the woman and other key witnesses. Meanwhile, the Giants announced before traveling to London that Brown wouldn't make the trip for a game Sunday against the Los Angeles Rams.

The Giants said they want to review the new information released by King County law enforcement officials in Washington and reach a decision on the kicker's future with the club, possibly next week.

Giants co-owner John Mara said he was upset the new information about Brown's history of domestic abuse, adding that he felt it was in the best interest of the team to leave him home.

''I want to get all the information we can get,'' Mara said in a radio interview with WFAN. ''I am certainly disturbed by what we read. He has admitted to us that he abused his wife in the past. I think what is a little unclear is the extent of that, but what we have read about is obviously disturbing.''

Brown's former wife, Molly, alleged more than 20 instances of domestic violence. In a report released by the King County Sheriff's Office that summarized the allegations, Detective Robin Ostrom said the allegations included that he had slammed her into a large bedroom mirror, breaking it; that he had shoved a chair into her leg, bruising it; and that he damaged a bathroom door when he lost his temper with her older son.

The report also detailed how the wife anguished over whether to move forward with a prosecution, given the effect it could have on her family.

Mara said that the 37-year-old kicker has been undergoing counseling for years, and that the journals were part of his therapy. Mara said the team didn't have access to the latest information when it decided to keep Brown on the roster after the league announced his suspension in late August.

Coach Ben McAdoo said that the Giants are working out kickers, but he would not identify them, adding they could be flown to England for the game.

Brown practiced Thursday but was not in the locker room afterward.

Brown was suspended for the opening game of the season by the league for violating its personal conduct policy. The ruling came after the league investigated his arrest.

During that investigation, the league said that its investigators made repeated verbal and written attempts to obtain any and all evidence and relevant information from the sheriff's office, but were denied.

''We concluded our own investigation, more than a year after the initial incident, based on the facts and evidence available to us at the time and after making exhaustive attempts to obtain information in a timely fashion,'' the league said. ''It is unfortunate that we did not have the benefit or knowledge of these materials at the time.''

League officials said they would not comment on potential discipline until it reviews the new information.

County prosecutors said in their report to police that they would not have been able to put forth a viable case without key testimony from Brown's former wife and other key witnesses, including her relatives and friends.

''I have physically, mentally, emotionally and verbally been a repulsive man,'' Brown wrote in one journal entry. ''I have abused my wife.''

The journal was part of was part of 165 pages of documents that were turned over to authorities by Brown's former wife.

One of the documents dated more than two years before Brown's arrest was called a ''Contract for Change'' and appeared to be signed by both the kicker and his former wife.

''I have controlled her by making her feel less human than me, and manipulated her with money,'' said one of the eight items in the list. ''I have disregarded my stepsons' feelings and they have witnessed me abusing their mother.''

''From the bruise on your leg when we argued ... to the zipper that caught you last April. I am ashamed and disgraced to call myself a husband,'' Brown said.

Brown's teammates said they found it tough to talk about the news before the team announced that he would not be traveling with them.

''I just want him to get himself right and make sure that he is able to overcome these things,'' receiver Victor Cruz said.

Cornerback Dominique Rodgers-Cromartie said that Brown is one of the leaders of the team's Bible studies group.

''It's kind of hurtful, but I am here for him, because he helped me grow a lot, being a man off the field,'' Rodgers-Cromartie said. ''I learned a lot from him. For what he is going through, I hurt for him.''

Brown is one of the top kickers in the NFL. He scored a career-high 134 points last season. He has made 11 of 12 field goal attempts this season and all eight extra points.

All Washed Up?
Drew Brees didn't look like himself on Monday night. Could the reality be that this is the new norm for the Saints legend?
6 hours ago

NFL Week 2 Injury Timetables
When will Saquon be back and at what capacity? Our in-house doctor breaks down some of the weekend's high-profile injuries.
6 hours ago

Making Themselves At Home
Derek Carr caught fire in Las Vegas' NFL debut as the Raiders stayed undefeated. Drew Brees and the Saints? Not so much.
20 hours ago

The Most Entertaining Team In Football
When it comes to the Cowboys, you never know what’s coming next. And that's half the fun, Martin Rogers writes.
21 hours ago
those were the latest stories
Want to see more?
View All Stories
Fox Sports™ and © 2020 Fox Media LLC and Fox Sports Interactive Media, LLC. All rights reserved. Use of this website (including any and all parts and components) constitutes your acceptance of these Terms of Use and Updated Privacy Policy. Advertising Choices. Do Not Sell my Personal Info