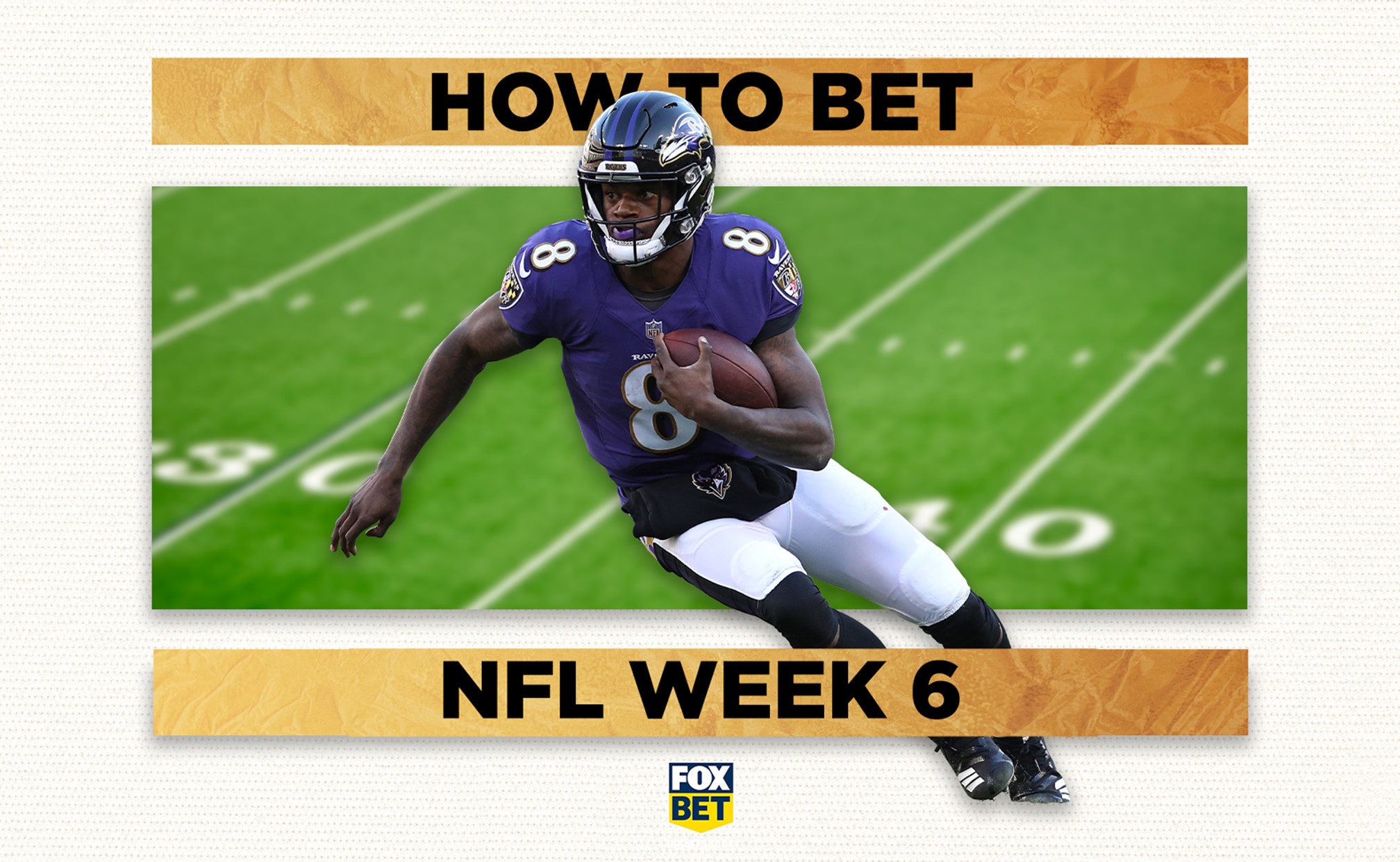 The American sport with the biggest overreactions is the NFL, easily. You play one game, people make sweeping conclusions for six days based on said game, and then you play again. Wash, rinse, repeat.

But the oldest betting advice I’ve received is a line I’ve often dispensed on social media: No team is as good or bad as they looked last week.

This week, there are landmines everywhere. Let’s start with San Francisco, which was eight minutes away from winning the Super Bowl in January. Last week, they were embarrassed by the Dolphins 43-17 and suddenly, the 49ers find themselves as 3-point underdogs at home to the Rams. Hmmm.

The Carolina Panthers entered the season with one of the lowest win totals in the league (5.5). Teddy Bridgewater peels off three straight wins, and the Panthers are favored against the 4-1 Bears. Hmmm.

The winless New York Giants are home favorites against Washington, largely based on the fact that New York looked competent in pushing the devoid-of-defense Cowboys last week before falling in the end, 37-34. Hmmm.

And finally, we have the Dallas Cowboys, who find themselves home underdogs to the Arizona Cardinals a week after QB Dak Prescott was lost for the season with a gruesome broken ankle.

It’s not a precipitous drop-off from Prescott to Andy Dalton; the latter is a 32-year old veteran who went to the playoffs four times with the Bengals. Sure, he's never won a postseason game, but he’s one of the best backup QBs in the league. Why is Arizona favored?

Keeping all that in mind, let’s dive into Week 6 (with all odds via FOX Bet).

Chicago Bears (+1.5) at Carolina Panthers. You hear it everywhere. The Bears are the most fugazi 4-1 team in the NFL. Lucky comeback win over the Lions, lucky to hold on to beat the Giants, and yes, lucky to top the Falcons thanks to a Nick Foles comeback.

But I touched on this in Tuesday’s money line report: Who have the Panthers beaten during this three-game win streak? The ranking of the DVOA defenses they beat: Chargers (13), Cardinals (20), Falcons (28). The last time they faced a Top 10 defense, Tampa Bay (second) suffocated Carolina, and it was 21-0 at halftime. The Bears? They're 5th in DVOA defense.

New England Patriots (+9.5) vs. Denver Broncos. Cam Newton, Fig Newton, Isaac Newton. Regardless of who is starting under center, the Patriots are the side here. If you give Bill Belichick two weeks to plan for Drew Lock, I’m certain it’s going to be a long, frustrating day for the second-year QB.

Remember how we diagnosed the Raiders-Patriots game in this space three weeks ago: Belichick takes away your best weapon. A missing-persons alert went out for Darren Waller (two catches, nine yards) in the fourth quarter.

Baltimore Ravens (-10) at Philadelphia Eagles. I broke down why I like the Ravens in a teaser leg here on Tuesday. That was originally when Lane Johnson had missed practice Wednesday and Thursday, and he’s Philadelphia's best remaining offensive lineman.

After this, the Eagles have three straight divisional games that are enormous to their playoff chances - Giants/Cowboys/Giants. Philly’s best path to the playoffs is winning the NFC East. So it makes sense that the Eagles ruled Johnson out on Friday.

This number shot up from Ravens -7 to the current double-digit spread right after the news, but I'm still taking Baltimore.

Miami Dolphins (-9.5) vs. New York Jets. Another game I dug into on Teaser Tuesday. On no planet should the Dolphins be favored by this much. Backing them means you’re doing so at their market high. (Markets 101: Buy low, sell high.)

On the other hand, I’m waiting out this Jets injury report, as it appears they will not have QB Sam Darnold or LT Mekhi Becton. Miami is eighth in the NFL in blitz percentage (34.1%) and Flacco is immobile and inaccurate, and his receivers haven’t won on the outside this season.

What am I missing?

Tennessee Titans (-4) vs. Houston Texans. I’ve said repeatedly I don’t trust this Titans team. They’re coming off a short-week romp of the previously-unbeaten Buffalo Bills, and if you watched that win closely, the Bills did move the ball fairly easily against an average Titans defense.

What I don’t get is the line movement. This opened at 4 and was bet down to 3.5. Derrick Henry rushed for 297 yards in two meetings vs Houston last year (5.6 yards per carry) and sure, a lot of that was to win the rushing title in week 17, but look at the Texans injury report this week.

Almost every linebacker has missed practice time this week, and their best one, Benardrick McKinney, is out for the season. The Texans are 26th in run defense efficiency. I lean Titans -3.5, but this feels like a trap.

Los Angeles Rams (-3) at San Francisco 49ers: The Sunday Night Football underdog has cashed three weeks in a row, results that have helped bail out the sports books who have largely taken a pounding during the 1 p.m. games. Maybe it’s just part of the quirky scheduling.

I totally understand that the 49ers are the right side here if you’re in gambling for the long haul, because when you see a six-point overreaction from one week to the next, you’re contractually obligated to back the side the line moved away from.

Knowing all of that, I’m sorry. I can’t put my after-tax dollars behind a 49ers team that is so injury-riddled that the defense may get lit up, again.

Yes, it’s a divisional game, yes, the Rams are playing their 4th road game in 5 weeks, and yes, the Rams four wins all came against the NFC Least. I encourage you to back the 49ers, and enjoy your winnings, and even flaunt them to me on social media.

"Scared money don’t make money." True story. But I can’t do it. Pass.