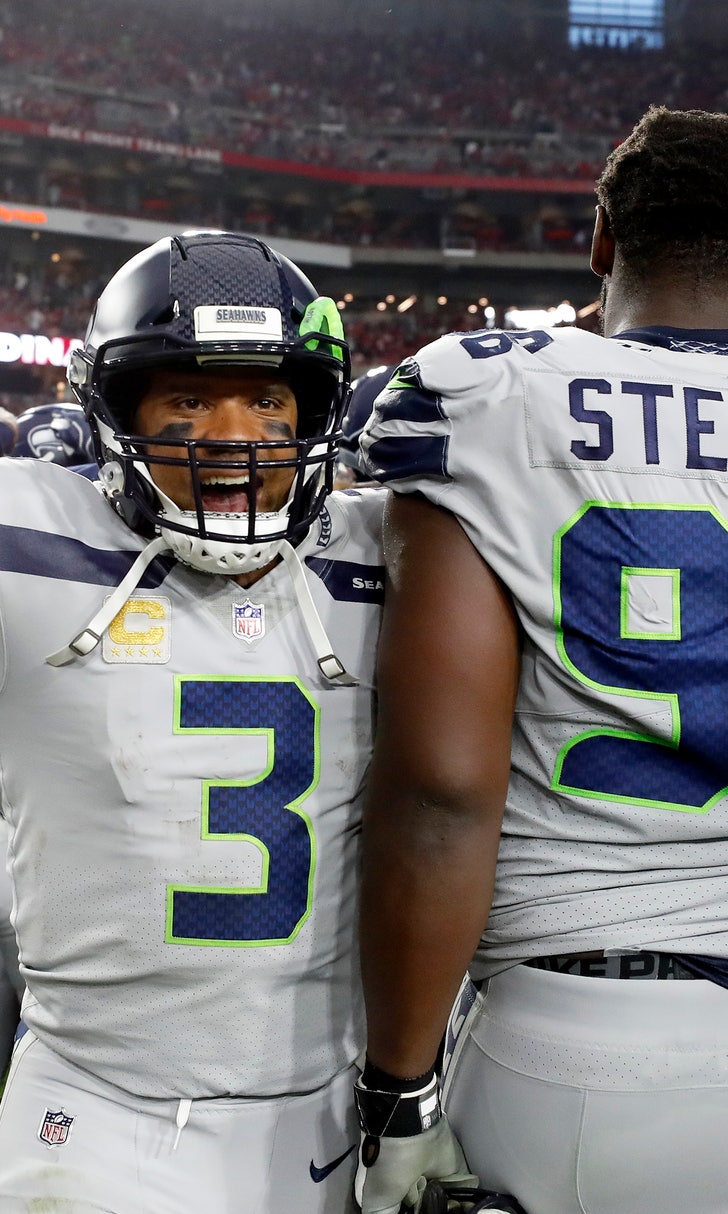 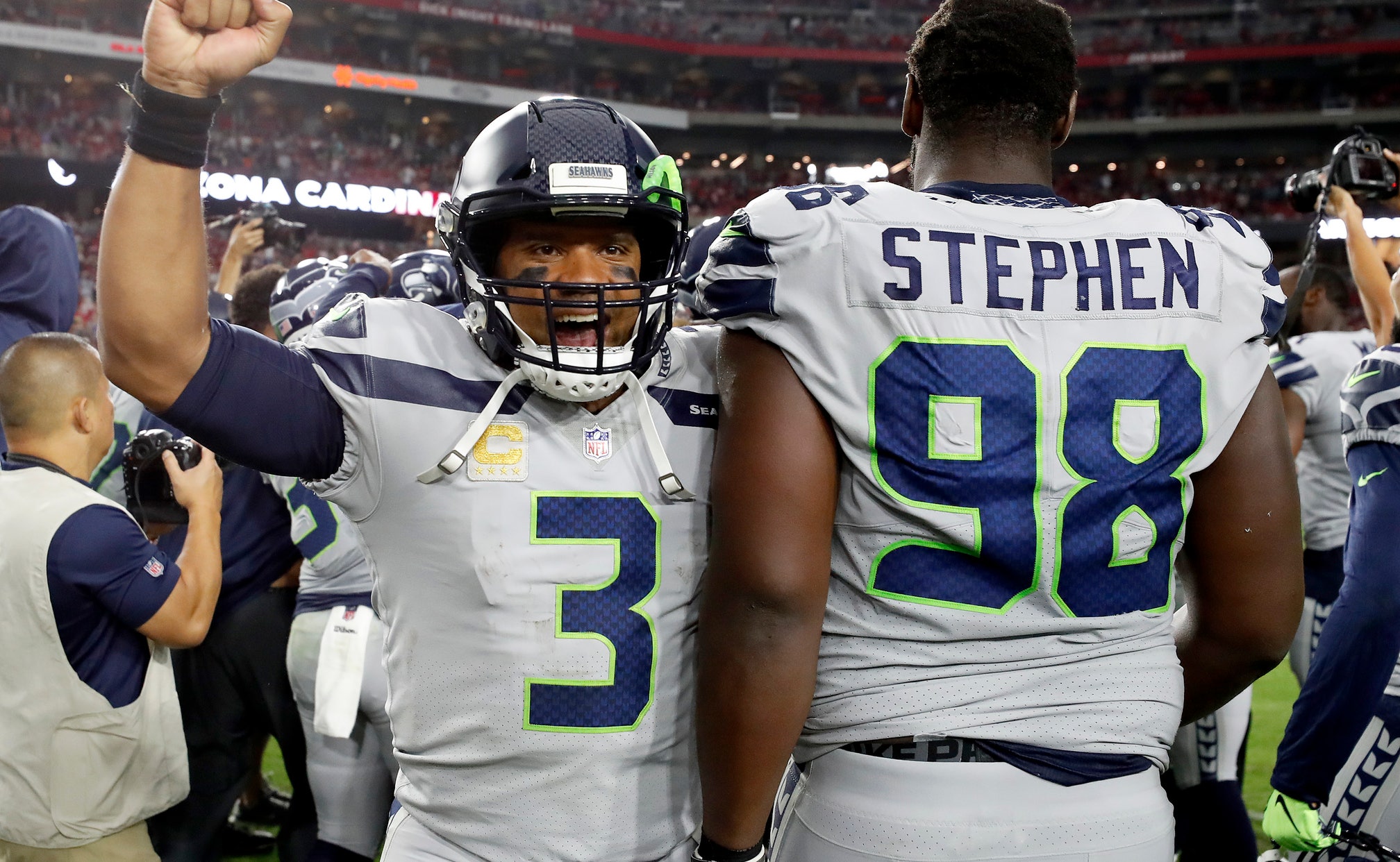 But when it mattered most, the kick went through.

Janikowski kicked a 52-yard field goal as time expired to give Seattle a 20-17 victory over Arizona on Sunday and spoil the strong debut of Cardinals rookie Josh Rosen as the starting quarterback.

Jankowski had missed field goals of 38 and 52 yards.

"There is always a next kick," Janikowski said. "You turn the next page and you try to forget the first one, but it was rough today. My confidence is always there. I prepare myself in practice. I know what I can do but it is all mental."

The Seahawks (2-2) mounted their winning drive after Arizona's 43-year-old kicker, Phil Dawson, missed a 45-yard field goal that would have given the lead to Arizona (0-4) with 1:50 to play.

"It was a terrible kick, no excuses," Dawson said. "I didn't do my job, just a good, old-fashioned miss."

The Cardinals are 0-4 for the first time since 1986, two years before they moved from St. Louis, but at least they could point to the poised play of their young QB in his starting debut.

"Hopefully, I can play in the NFL for a while," he said afterward.

Rosen completed 15 of 27 passes for 180 yards and a touchdown with no interceptions. He had several passes dropped.

"I can't keep saying it enough," Arizona first-year coach Steve Wilks said. "The guy's very poised, very confident and I like him back there commanding the huddle and running this offense. You can see the difference."

He threw a 22-yard touchdown pass to Chad Williams to tie it at 17-17 with 8:59 to play, then directed the drive to set up Dawson's errant field goal try. Dawson also missed from 50 in the game.

Seattle's Earl Thomas was hurt on the Arizona TD pass and carted to the locker room with a left leg injury. After the game, coach Pete Carroll said Thomas had a lower leg fracture. The Seattle player, embroiled in a contract dispute with the team, made an obscene gesture toward the Seattle side of the field as he was being carted off.

"Earl wanted an extension and at the end of the day he didn't get that," Seahawks defensive end Frank Clark said. "It sucks to see a guy who puts his heart into something, put his all into his team and he doesn't get what he deserves."

It was by far the biggest day of Mike Davis' career.

"I just feel like I have been slept on ever since I came into the NFL," he said, explaining his touchdown celebration routine, when he lies as if asleep and then bursts awake. "It's just a reminder that I will wake them up one day."

Davis rushed for 101 yards and a pair of touchdowns in 21 carries after being pushed into extra duty by the absence of starter Chris Carson, out with a hip injury.

Davis scored on a 20-yard sweep early and bulled in from a yard out for the go-ahead touchdown with a minute left in the third quarter.

Seattle improved to 5-0-1 in its past six trips to the desert.

David Johnson had his best game of the season for Arizona, rushing for 71 yards and catching three for 41 yards.

With the score tied at 10, the Seahawks' Russell Wilson threw to David Moore on a 30-yard play to the Arizona 23. After a pair of penalties against the Cardinals, Davis scored on a 1-yard run to put Seattle back in the lead at 17-10.

But Rosen had completions of 31 yards to Ricky Seals-Jones and 30 yards on a screen to Johnson before throwing 22 yards to Chad Williams for his first NFL TD to tie it at 17-17 with 8:59 remaining.

In the first quarter, rookie Will Dissly, the Seahawks' starting tight end, was carted into the locker room with a knee injury. Thomas was hurt defending Williams on the TD catch.

After losing his starting job to Rosen, Sam Bradford was inactive. Mike Glennon was the backup quarterback, active for the first time this season.

Cardinals: play the 49ers in San Francisco next Sunday.

Calling On Superman
The Patriots might have a shot at the postseason, but missing the playoffs shouldn't be the only concern for the franchise.
4 days ago

MVP Watch: Rodgers Leapfrogs Russ
A red-hot Aaron Rodgers is moving up the odds list of MVP candidates, but the award looks like Patrick Mahomes' to lose.
4 days ago

Henry Hammers Colts, Falcons Roast Raiders
Plus, the Patriots earn a gritty win over Arizona, the Bills outlast the Chargers, and the Vikings win in comeback fashion.
5 days ago
those were the latest stories
Want to see more?
View All Stories
Fox Sports™ and © 2020 Fox Media LLC and Fox Sports Interactive Media, LLC. All rights reserved. Use of this website (including any and all parts and components) constitutes your acceptance of these Terms of Use and Updated Privacy Policy. Advertising Choices. Do Not Sell my Personal Info