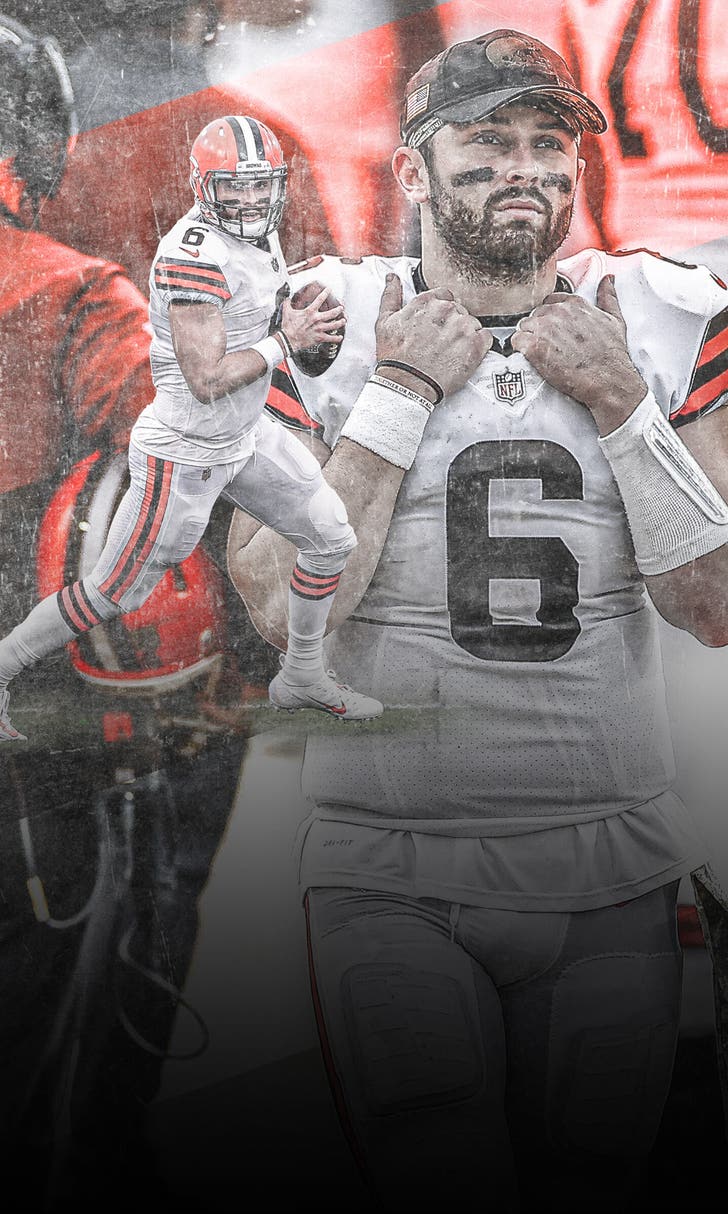 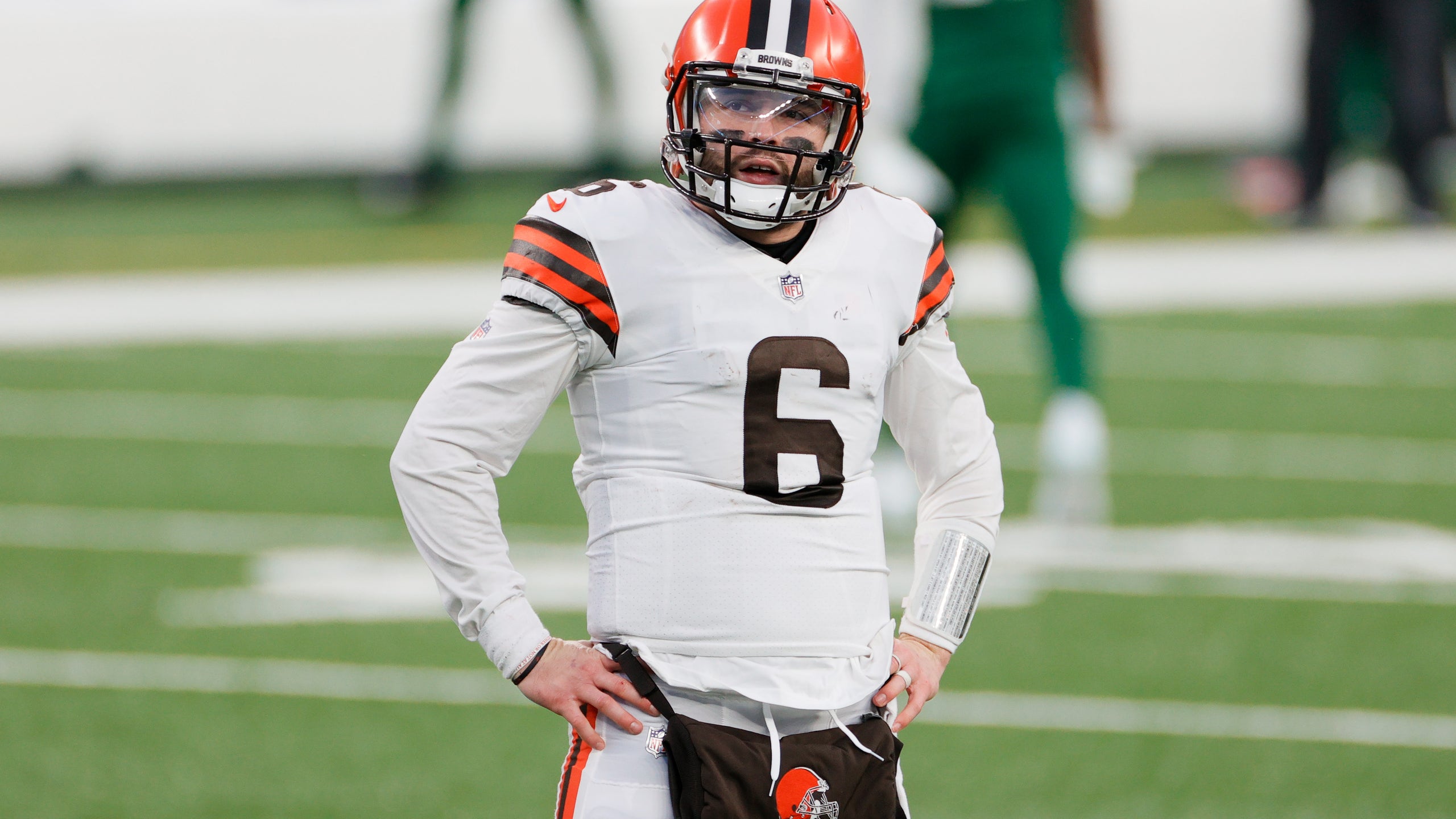 It's all come down to this.

The Cleveland Browns (10-5) are on the cusp of both triumph and heartbreak. The franchise hasn't qualified for the postseason since 2002, and hasn't won a playoff game since 1994.

In Week 16, the Browns traveled to take on the New York Jets (2-13). A win would have clinch a playoff berth.

A win is not what Cleveland left with.

And now, the pressure is on the Browns to defeat the Pittsburgh Steelers in Week 17 and catapult themselves into the postseason.

More often than not, the hopes and expectations of an NFL franchise and its fans falls on the shoulders of that team's quarterback, and such will be the case on Sunday, when Baker Mayfield finds himself under center at home against the rival Steelers.

The stars somewhat aligned for Baker and the Browns when Steelers coach Mike Tomlin announced this week that Ben Roethlisberger would not start for Pittsburgh.

And the last time Mason Rudolph took the field against the Browns – among other happenings – his performance was nothing to write home about.

But considering Rudolph will be in the lineup as opposed to Big Ben, giving Cleveland a decided advantage, has potentially more pressure been created for Mayfield?

On top of the pressure that already exists?

This week, the pundits have made it a habit of pointing the finger at Mayfield as the guy who has to get it done – or Cleveland might get him out of town.

"Baker – you a big game guy? You like the big stage? This is what you're all about? You beat the Pittsburgh Steelers, you're going to the playoffs. How about that?

Next in the queue was First Things First's Nick Wright, who said that Week 17 will create more anxiety than even a playoff game would.

"This week, [Mayfield] has to win ... This is the most pressure he's going to be under, even if they make the postseason."

Michael Vick followed in Wright's sentiments on Friday's edition of Undisputed, pointing to the Steelers' lack of personnel as the main reason why Mayfield should emerge victorious.

"If Baker Mayfield don't win this game this weekend, there's gonna be some smoke in the city. He got Big Ben out, [Maurkice] Pouncey, T.J. Watt, and Cam Heyward. I can come out this chair and win that game. I promise you.

"It's no excuses for Baker Mayfield this weekend."

In addition to Roethlisberger, the Steelers will rest several other key starters against the Browns – most notably, three of their perrenial Pro Bowlers.

In Mayfield's defense, the Browns won't come into Sunday operating at 100 percent.

In Week 16, Cleveland was without several of its top receivers – including Jarvis Landry – due to COVID-19 protocols.

And leading into Week 17, the Browns are not completely out of the woods, even though reports are on Friday that things are looking up Cleveland, according to NFL Network's Ian Rapoport.

The easiest route for Cleveland to make it to the playoffs is to defeat Pittsburgh.

Win and the Browns are in.

If Cleveland is unable to defeat Pittsburgh, it would need Indianapolis to lose to Jacksonville, or, would need a Tennessee loss, coupled with a Baltimore win or tie, and a Miami win or tie.

If Cleveland emerges with a tie on Sunday, it can still make the playoffs with a Baltimore loss, a Miami loss, a Tennessee loss, an Indianapolis tie, or a Tennessee tie, Baltimore win and Miami win.

In other words, the Browns just need to win.

Because if he doesn't, home could soon take on a different meaning for the former No. 1 pick.

The Scenic Route
Is taking the Buccaneers from the wild card to the Super Bowl the greatest accomplishment of Tom Brady's career?
2 hours ago

Catching K.C.
After the Chiefs' offensive explosion against the Bills, pundits are left wondering if Kansas City is the next NFL dynasty.
5 hours ago

Breaking Down The Early Super Bowl Odds
Where did the point spread open? How has it moved? And where is the early value? Jason McIntyre explains what you need to know.
8 hours ago

Packing His Bags?
Aaron Rodgers left his Green Bay future up in the air following another loss in the NFC title game. What's his angle?
9 hours ago

Generation Gap
It's GOAT vs. Baby GOAT! But beyond Brady and Mahomes, Geoff Schwartz examines the matchups that will decide Super Bowl LV.
21 hours ago
those were the latest stories
Want to see more?
View All Stories
Fox Sports™ and © 2021 Fox Media LLC and Fox Sports Interactive Media, LLC. All rights reserved. Use of this website (including any and all parts and components) constitutes your acceptance of these Terms of Use and Updated Privacy Policy. Advertising Choices. Do Not Sell my Personal Info