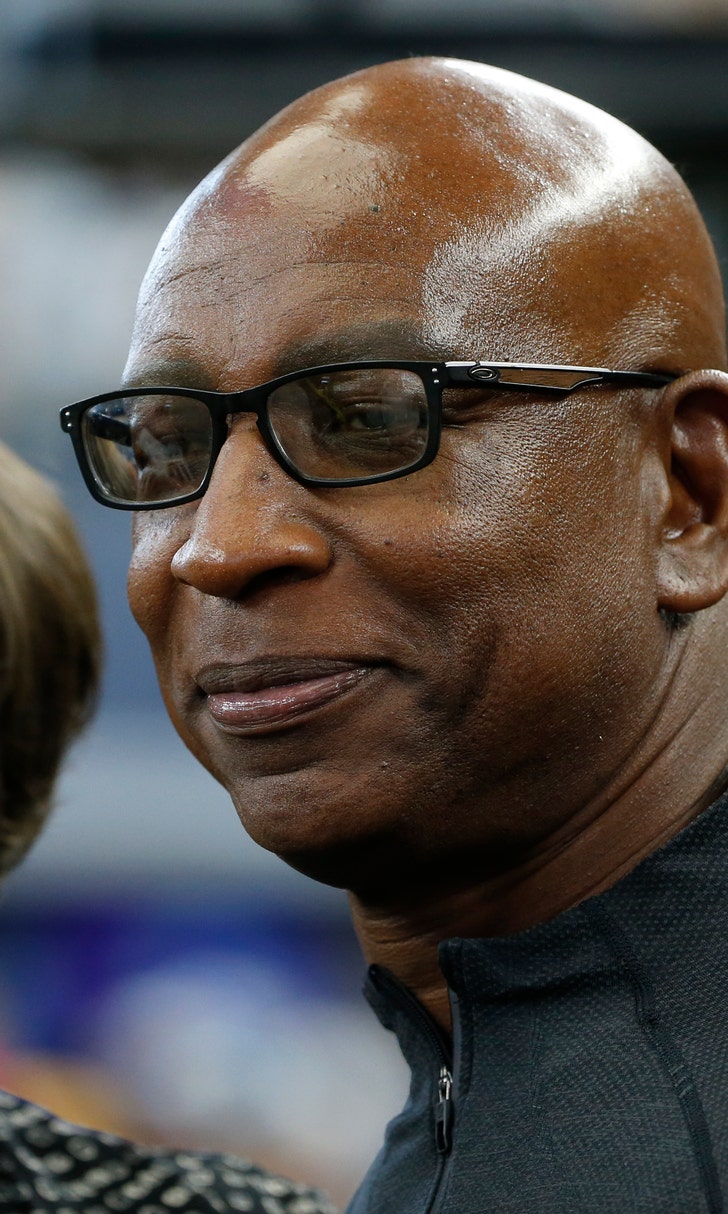 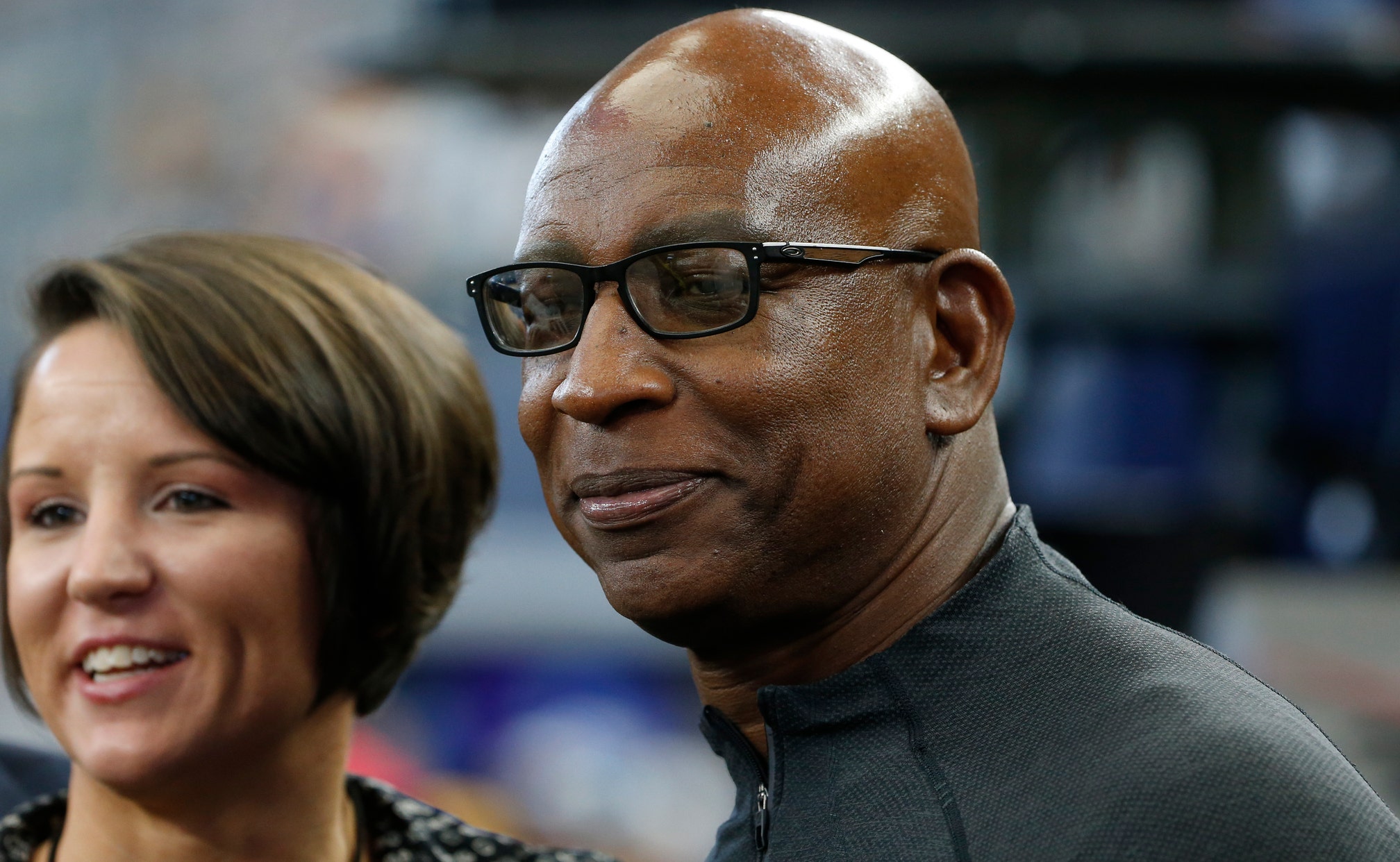 previous story
From Kelly to Cousineau, the Bills' best, worst draft picks
next story
A look at the best and worst in 49ers draft history

LOS ANGELES (AP) — BEST FIRST-ROUND DRAFT PICK: DT Merlin Olsen. The No. 3 overall pick in the 1962 draft led the Fearsome Foursome and defined brute excellence on NFL defensive lines for 15 years, making 14 consecutive Pro Bowls and becoming possibly the greatest lineman of the 1960s. Olsen gets this narrow nod because record-setting running back Eric Dickerson (No. 2, 1983) played only 65 games for the Rams, and the full legacy of Aaron Donald (No. 13, 2014) is still being written.

BEST SECOND-ROUND DRAFT PICK: WR Isaac Bruce. The smooth, speedy Hall of Famer joined the LA Rams with the 33rd overall pick in 1994 and evolved into the Greatest Show on Turf’s star receiver in St. Louis, racking up eight 1,000-yard seasons. Bruce still ranks fifth in NFL history with 15,208 yards receiving, and he’s tops in Rams history in yards and TD catches. He even scored the winning TD in the Rams’ only Super Bowl victory.

BEST LATE-ROUND DRAFT PICK: DE Deacon Jones. Scouting was a whole lot different in 1961 when this Hall of Fame talent slipped to the 14th round. Jones played only two college seasons, and the Rams accidentally discovered him while watching film of running backs that kept getting outrun by him. Jones became one of the greatest pass rushers in NFL history, making seven Pro Bowls and teaming with Olsen and Rosey Grier in the Fearsome Foursome. This Renaissance man also coined his own nickname, invented the phrase “sack the quarterback,” sang in an R&B band and guest-starred on “The Brady Bunch.”

WORST FIRST-ROUND DRAFT PICK: RB Lawrence Phillips. An epic draft disaster. The Rams took a huge risk on this tremendously troubled talent with the sixth overall pick in 1996. Phillips rushed for 1,265 yards in 25 games with St. Louis, and his mediocre production was overwhelmed by disciplinary problems, three arrests and an alcohol dependency that led to him showing up drunk for games. Dick Vermeil tearfully cut Phillips in 1997.

WORST SECOND-ROUND DRAFT PICK: FB Brian Leonard. Jay Zygmunt’s front office had several dismal drafts in the 2000s, and those reaches included Leonard, a speedy hybrid back from Rutgers chosen with the 52nd overall pick in 2007 when St. Louis passed over the likes of Ryan Kalil, Marshal Yanda and Jacoby Jones. Leonard never found a role with the Rams, playing 18 games and rushing for 310 yards without a touchdown before they traded him for Orien Harris, who never played for them.

BEST DRAFT TRADE: The Greatest Show on Turf was born when the Rams acquired running back Marshall Faulk from the Colts in April 1999 for their second-round and fifth-round picks. The future Hall of Famer became the catalyst of an incredible offense that ranked first in the NFL and scored at least 500 points in each of his first three years, earning AP Offensive Player of the Year honors for Faulk each time. He teamed with Kurt Warner and Bruce to lead the Rams to their only Super Bowl victory in their first season, and Faulk was the NFL’s MVP a year later. The Colts also came out fine: Peyton Manning emerged from Faulk’s shadow, and Indy drafted Hall of Fame running back Edgerrin James just two days afterward.

WORST DRAFT TRADE: The Rams’ gamble on Phillips in 1996 was a double catastrophe. They were so confident in Phillips that they agreed to trade Jerome Bettis — their 24-year-old, two-time Pro Bowl running back then known as The Battering Ram — and a third-rounder for the Steelers’ second-rounder and a future fourth-rounder. The Bus played 10 more seasons, won a Super Bowl, became the eighth-leading rusher in NFL history and made the Hall of Fame. That second-round pick became unassuming tight end Ernie Conwell.

DID YOU KNOW THEY ONCE DRAFTED?: Terry Crews. Before he became one of the most beloved — and most jacked — supporting actors in Hollywood, Crews was a defensive end from Western Michigan chosen in the 11th round in 1991. Crews played six games for the Rams and bounced to three more NFL teams before retiring in 1997 and beginning his entertainment career. He has since muscled his way to three major sitcom roles, a game show hosting gig and dozens of impressive credits in film and TV.

Herd Hierarchy: Week 6
Following Kansas City's stunning loss over the weekend, Colin Cowherd has a new team atop his latest rankings. Find out who.
6 days ago 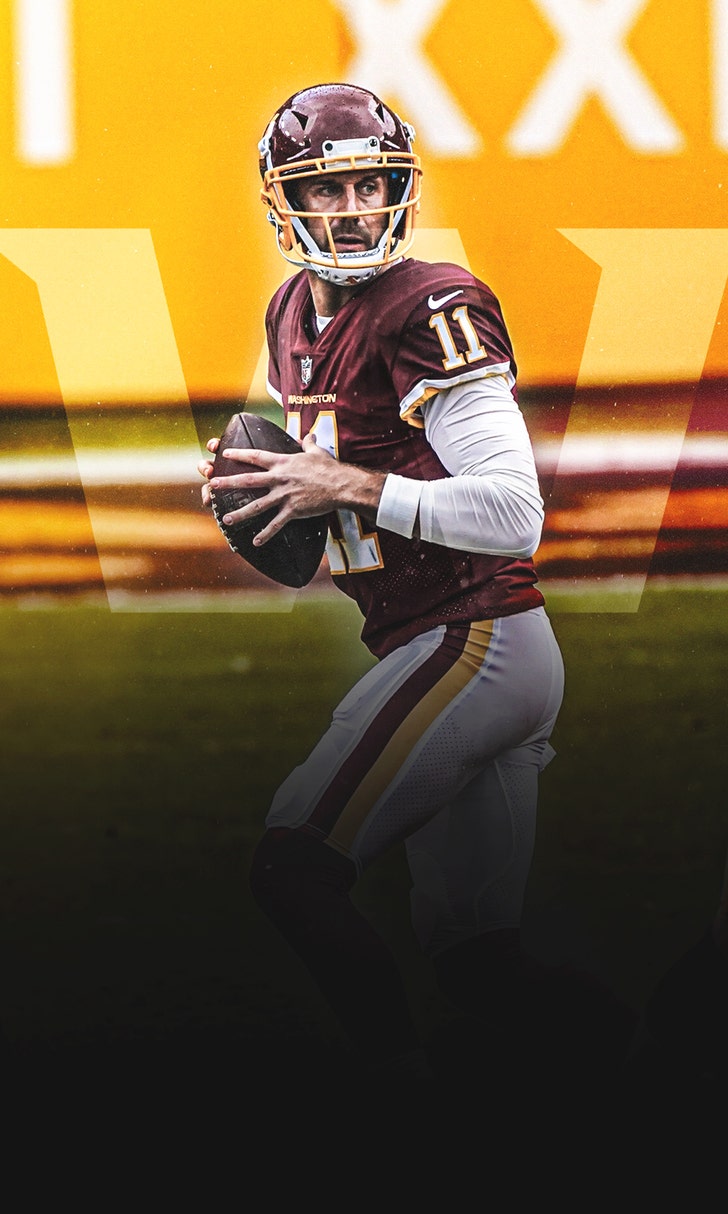 Alex Smith Makes Incredible Return
For the first time since his gruesome injury, Alex Smith was under center. And social media loved every second.
October 11
those were the latest stories
Want to see more?
View All Stories
Fox Sports™ and © 2020 Fox Media LLC and Fox Sports Interactive Media, LLC. All rights reserved. Use of this website (including any and all parts and components) constitutes your acceptance of these Terms of Use and Updated Privacy Policy. Advertising Choices. Do Not Sell my Personal Info