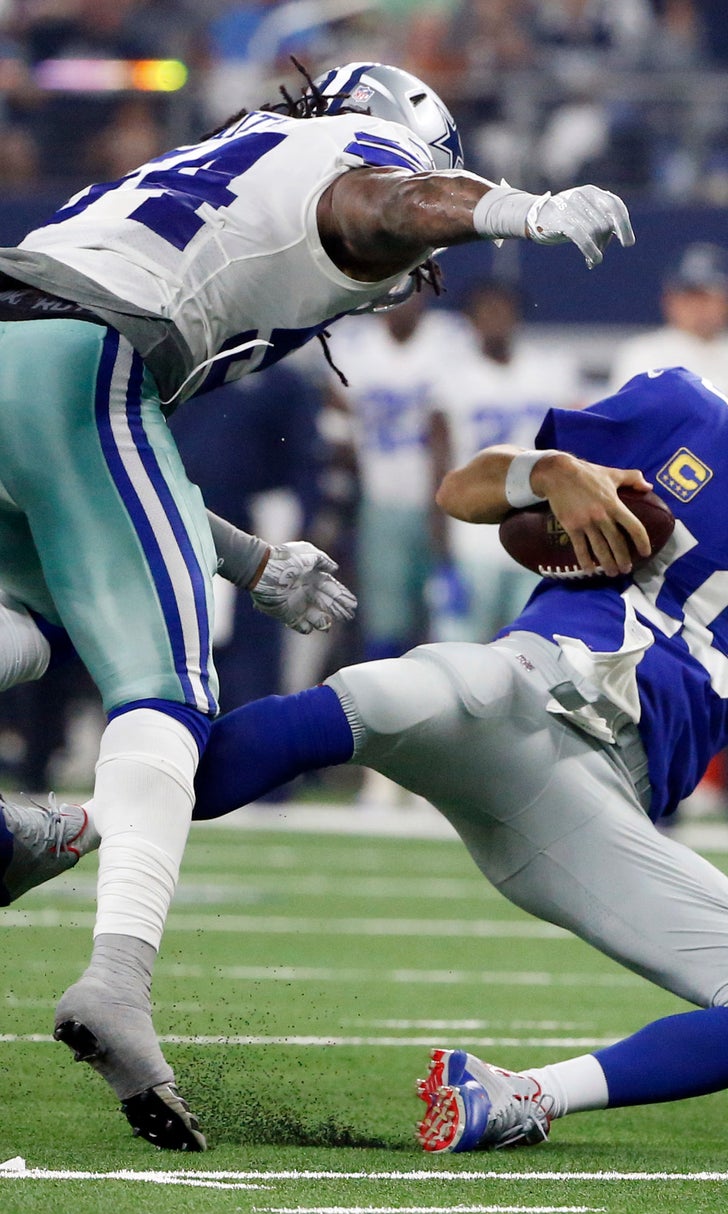 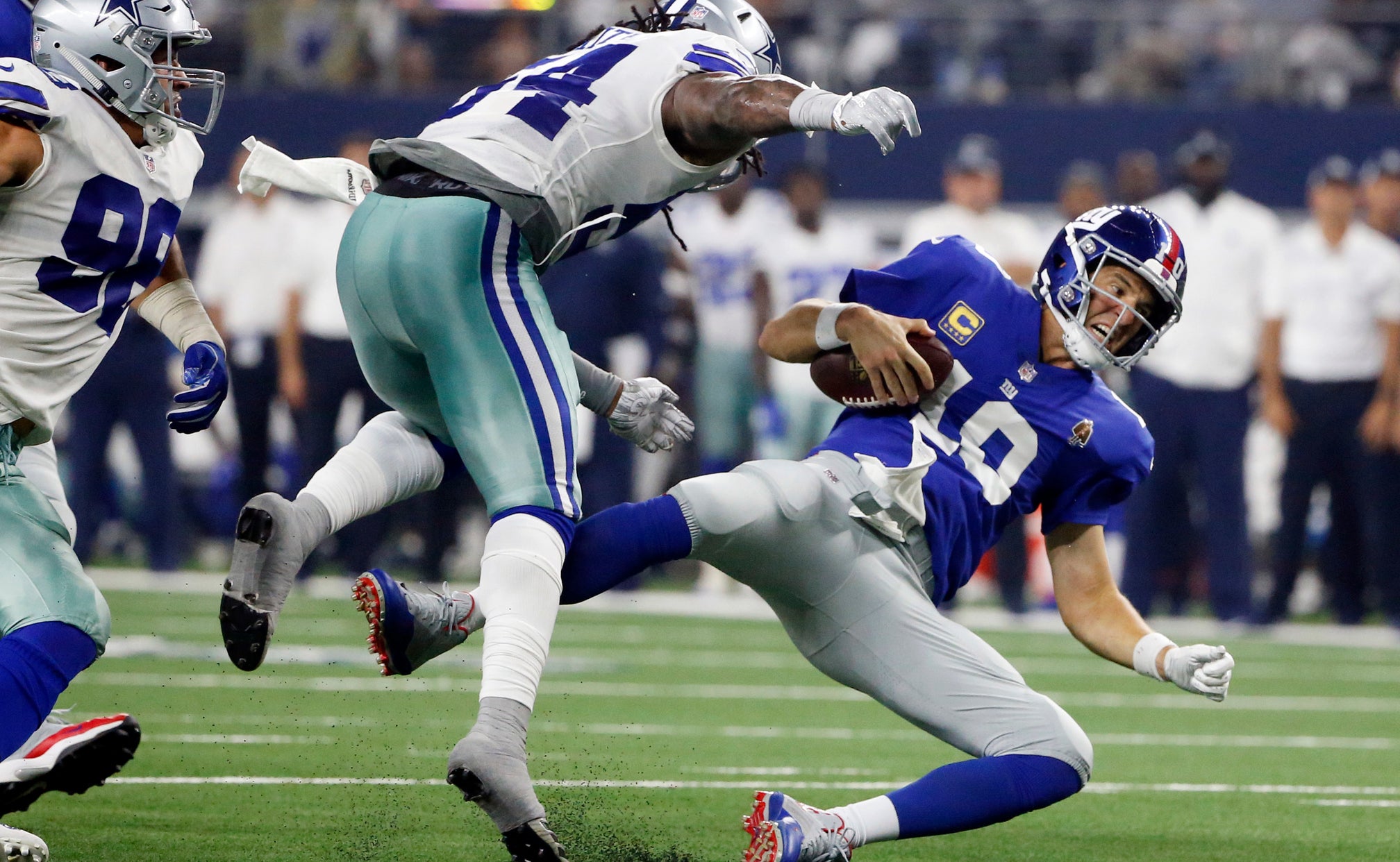 Eli Manning under siege in Giants' loss to Cowboys

ARLINGTON, Texas (AP) — Eli Manning was getting hammered hard even when he wasn't getting sacked by the Dallas Cowboys.

When the New York Giants quarterback scrambled up the middle into the open field in the third quarter, he took a crushing blow from linebacker Jaylon Smith .

"It was third down, I was trying to make something happen," Manning said. "I wanted to get the touchdown or just do something. I didn't see the replay. I think it looked worse than it really was."

Either way, it put Manning on the turf like so many other times in a 20-13 loss Sunday night that dropped to Giants to 0-2 under new coach Pat Shurmur.

Manning was sacked six times, the most since Philadelphia got him that many times four seasons ago. Only three times in his 218 career games has he been sacked more — the most was eight (at Dallas a decade ago in Texas Stadium, a year before the Cowboys moved into JerryWorld, and against the Eagles in 2006).

"We didn't do anything well enough on offense to win this game," Shurmur said.

While Manning was 33-of-44 passing without an interception, those completions went for only 279 yards. Just one pass went for more than 18 yards. Rookie running back Saquon Barkley was targeted 16 times, and finished with 14 catches for 80 yards.

Cody Latimer's 37-yard catch down the right side came on that third-quarter drive before Manning's 1-yard gain on a third-and-11 scramble that ended with Smith's hit. That set up a 28-yard field goal that was New York's only score until putting up 10 points in the final 1:27 of the game.

"(The Cowboys) did a good job mixing up their coverages," Manning said. "I don't know if they did anything specifically. They just did a good job just getting some pressure and not getting a whole lot of time to get the ball down the field."

To compound issues for the Giants offensive line, starting center Jon Halapio left the game with his right leg in an air cast. The team said he had a lower leg injury, but Shurmur had no update after the game on the 6-foot-3, 317-pound center whose leg got rolled under several other players.

Twice on a drive in the second quarter, Manning had keepers to convert fourth-and-1s from the Giants side of the field.

After those rare fourth-down sneaks for the 15th-year quarterback, he was promptly sacked on the first-down plays that immediately followed. Four of the sacks came in the second quarter alone.

"All five guys working together, understanding calls, understanding what defenses are doing, and passing things off, so that one's probably always going to take the longest for them to start to gel," Manning said. "That group, they're going to be determined to play at a higher level, just like everybody else."

How Jimmy Johnson's Cowboys Ate Up The NFL
Jimmy Johnson and Troy Aikman enjoy a nostalgic and festive conversation ahead of the Cowboys' annual Thanksgiving Day game.
15 hours ago