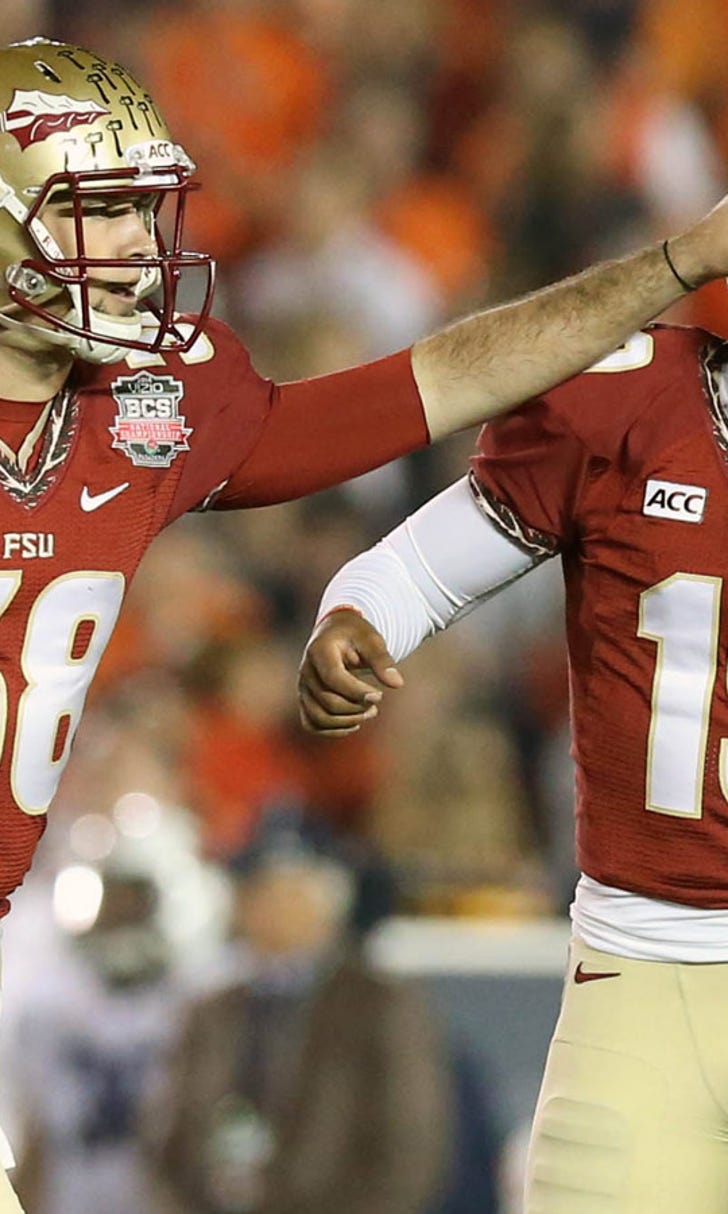 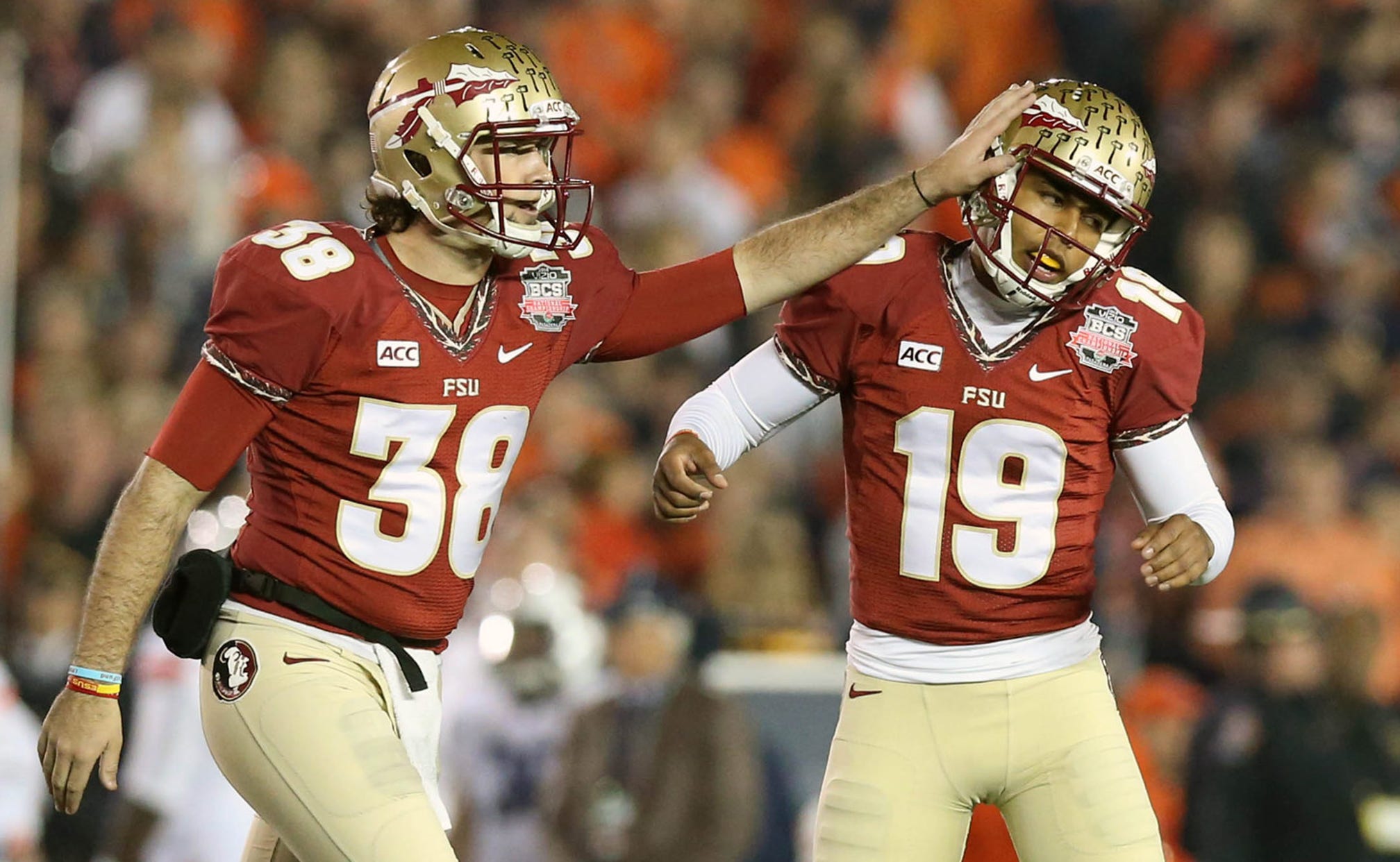 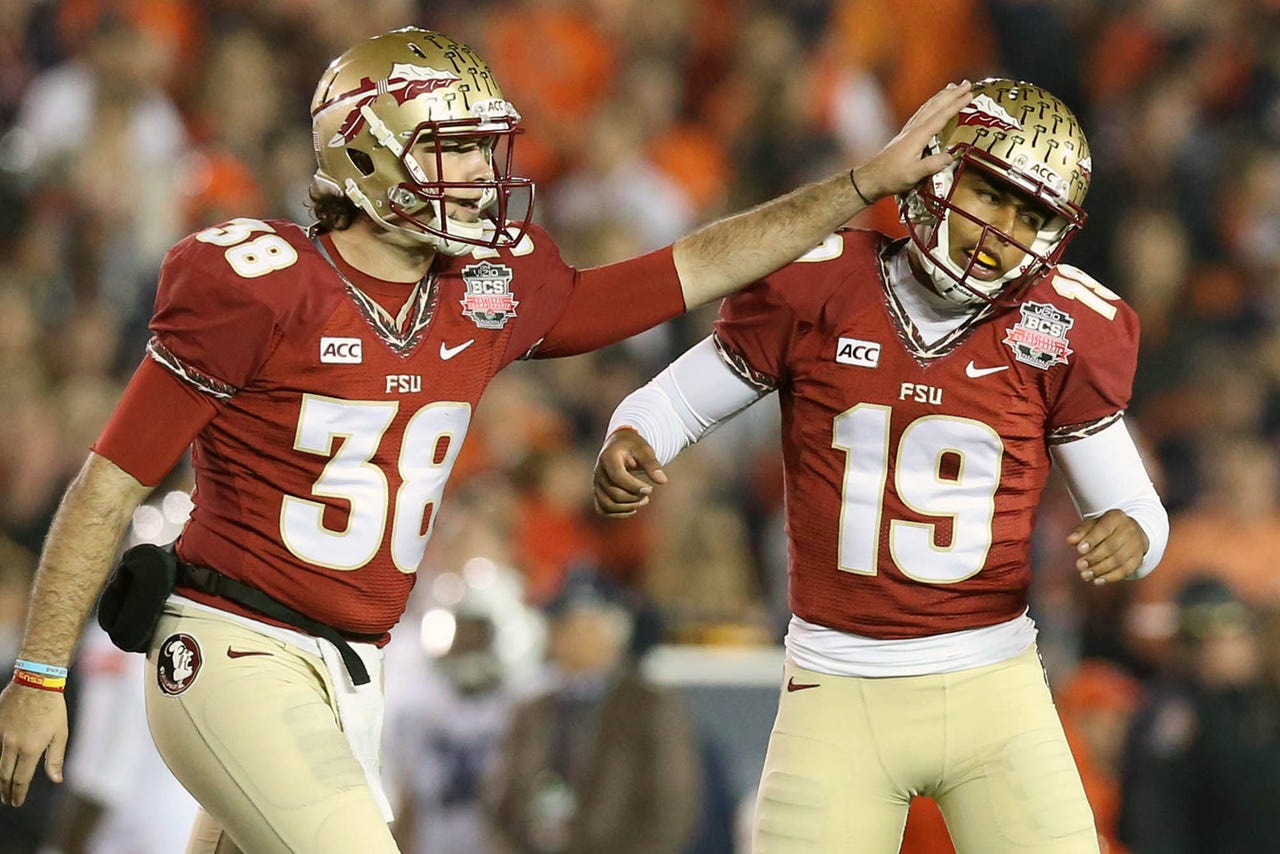 Former Florida State kicker Roberto Aguayo is set to be the first player at his position selected in the draft this year. He's the NCAA's most accurate kicker of all time, making 88.5 percent of his field goal attempts and all 198 of his extra point tries.

He accomplished just about everything possible at Florida State, including winning the Lou Groza Award as the nation's top kicker.

Obviously his accolades and numbers are spectacular, but his impact on the Seminoles is equally important. It's well known that Florida State has gone through several off-field issues, from Jameis Winston numerous off-field encounters to last season when star running back Dalvin Cook was suspended for allegedly punching a woman.

The controversies have been fairly frequent at the school, and it's having a big impact.

Being a captain, Aguayo attempted to change the culture and the stigma surrounding Florida State. It began with talking to his teammates and stepping up as a leader on the field and off it.

“I’d just talk to them and lead by example,” he said. “I would try to do things in front of them to show them, you know, why is Roberto being successful and maybe hopefully they would see what I would be doing and think, ‘I want to be like him.’"

Aguayo's success certainly helped his case for being a leader among his teammates. It's hard not to be inspired by the best kicker in NCAA history, which is exactly what he is.

“You’d have guys at the beginning of the year who would say, ‘Roberto is the only leader that’s on this team right now,'" he said. "'Yeah he doesn’t talk that much, but look what he’s done. He’s won the (Lou) Groza Award, he does everything right on the field, he never has any off-the-field issues, he does good in school,’ and it was an honor to hear that. Guys will see it. Doesn’t matter if you talk or do that much. Guys will see it.”

While having an impact on his teammates is obviously important, NFL teams will notice it as well -- even if he is a kicker. Players at his position aren't typically viewed as "leaders" in the NFL, but having a guy with leadership qualities and mental toughness is important.

Aguayo probably won't be taken in the first round like Janikowski, and he may not be taken before the third. But there's little doubt he has what it takes to win a starting job right away, and his track record on the field and off it proves just that.

Falcons Take Flight, Beat Panthers On TNF
The Falcons avenged an early season defeat to Carolina on Thursday night, earning their second win of the season.
6 hours ago

Can You Smell What Russ Is Cooking?
Russell Wilson is enjoying an MVP-caliber season. But, he’s going to need some help along the way, Martin Rogers writes.
11 hours ago

Mining for gold in Week 8
Geoff Schwartz explains why he likes the Niners to keep rolling in Seattle, and why you can trust Baker Mayfield, but not Tua.
14 hours ago

Bo-verrated?
Bo Jackson made some bold claims about today's NFL, prompting Nick Wright to question Bo's standing in the sports pantheon.
15 hours ago

NFC South Rivals Meet Thursday Night
The Falcons and Panthers will finish off their division series tonight. Here's some insight on how to bet their matchup.
17 hours ago
those were the latest stories
Want to see more?
View All Stories
Fox Sports™ and © 2020 Fox Media LLC and Fox Sports Interactive Media, LLC. All rights reserved. Use of this website (including any and all parts and components) constitutes your acceptance of these Terms of Use and Updated Privacy Policy. Advertising Choices. Do Not Sell my Personal Info