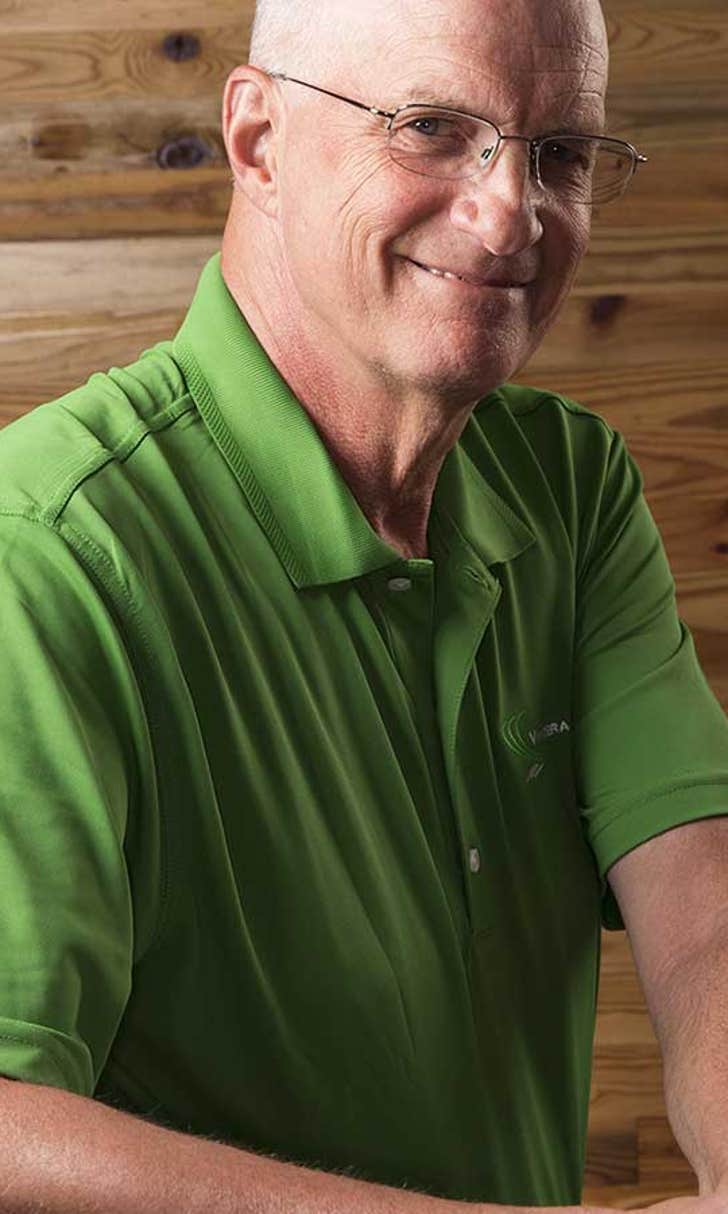 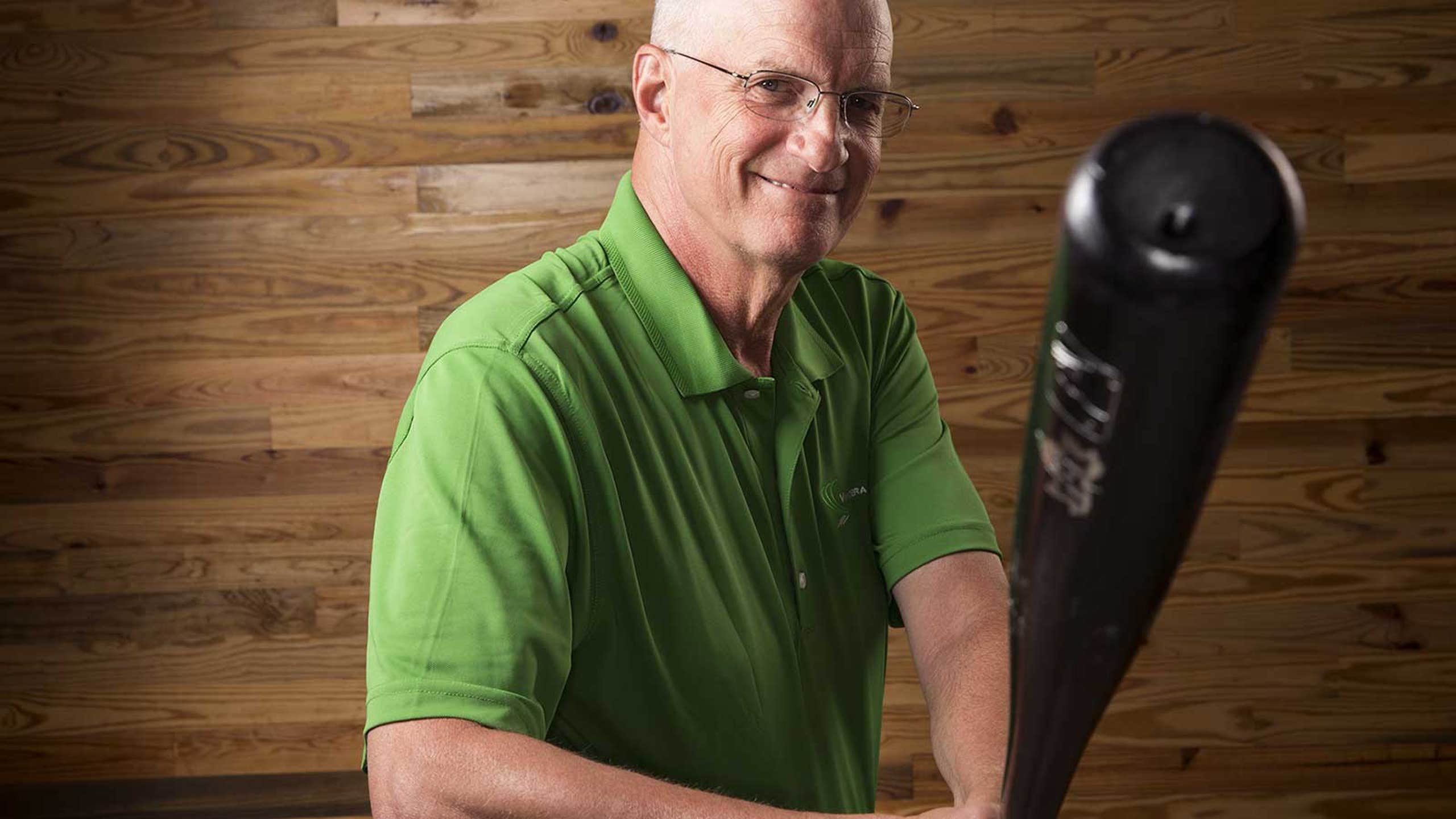 Dr. William Meyers gets right to the core of athletes' injuries 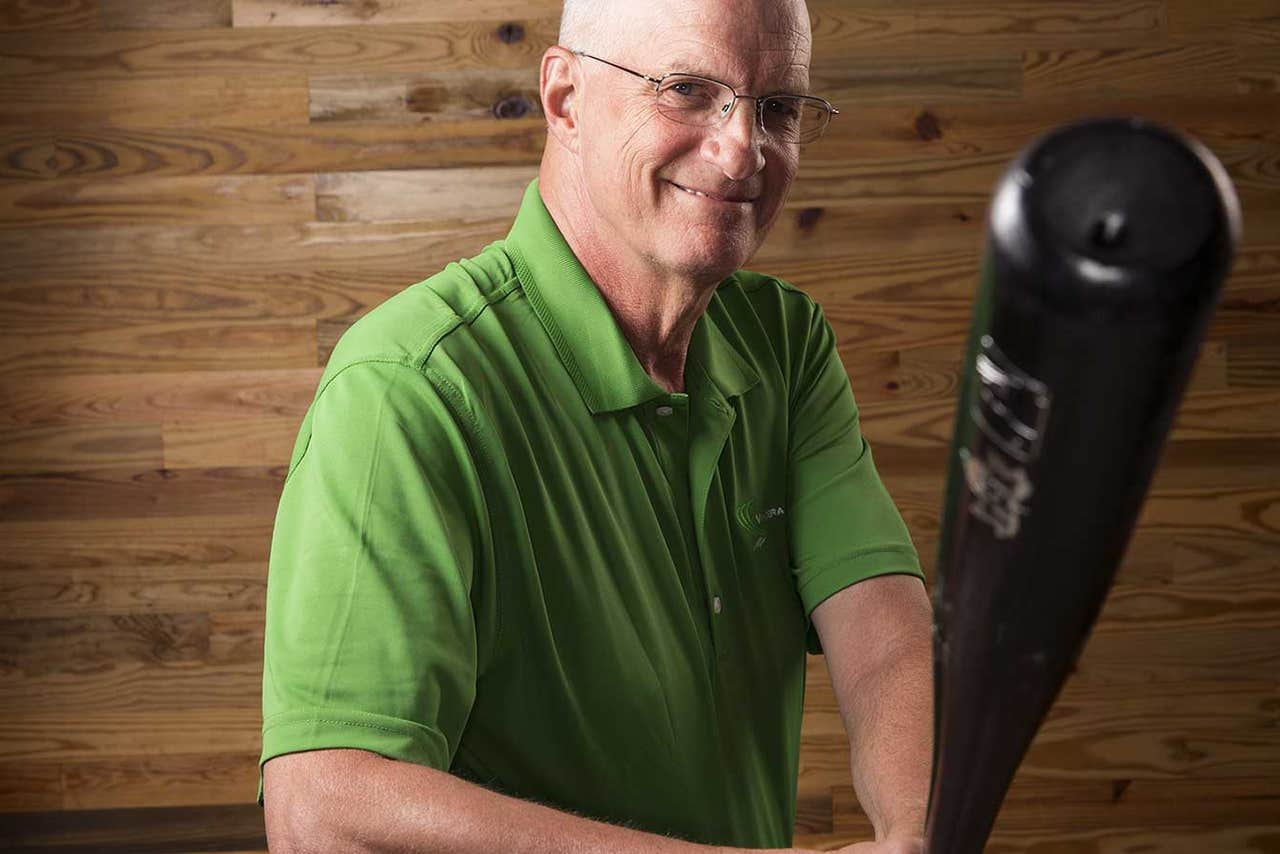 If William Meyers could get one message across to the sports world at large it would be this: Stop calling everything a sports hernia.

Meyers is the founder of the Vincera Institute, a massive medical center in Philadelphia that specializes in the treatment of core muscle injuries, and for decades he's been thought to be the leading expert on the topic.

Chances are, if a professional athlete has had surgery to repair a core injury, Meyers was the guy who performed it -- you could call him the James Andrews of the field in that way; the two are close friends -- with more seeking his expertise each week.

Most recently, Meyers was in the news for his treatment of Seattle Seahawks running back Marshawn Lynch, who underwent surgery last week to repair an abdominal injury, and over the years, he's taken care of some of the world's biggest stars, from Adrian Peterson and Arian Foster to Justin Verlander and Robinson Cano, with athletes from just about every level of every sport in between.

In more than three decades in the field, Meyers estimates he's performed some 20,000 operations on these core muscles, which essentially comprise everything from mid-chest to mid-thigh ("the American League strike zone," the Red Sox fan Meyers calls it), and the prevailing myth that Meyers aims to someday debunk is the one that all of them have been to fix the same thing.

"The term sports hernia was banned from medical literature when I started, and I'm still trying to kill that term today," Meyers said. "Our No. 1 campaign is to stomp on, to crush, the term sports hernia. It's an easy thing to say, but it leads even surgeons to the wrong concept."

The term -- known more technically as athletic pubalgia -- generally refers to any tear or strain in the lower abdomen and groin, but the universality of the phrase is part of the problem, as the anatomy of those areas is far more advanced than most understand.

"Over the years we realized there are a bunch of different injuries down there, and the reason people have stayed away from it is that it's a complex area," Meyers said. "There are lots of muscles there and they're often connected in intricate ways. ... People would do hernia repairs and the hernia repairs wouldn't work, and it turns out that general surgeons and orthopedists and urologists and gynecologists, people who really work in this area, really were not working on the musculoskeletal anatomy at all."

So how does one get to become the person every athlete on earth goes to see for these types of injuries? And why do they trust him so universally? Well, in Meyers' case, it probably helps that he started as an athlete himself. 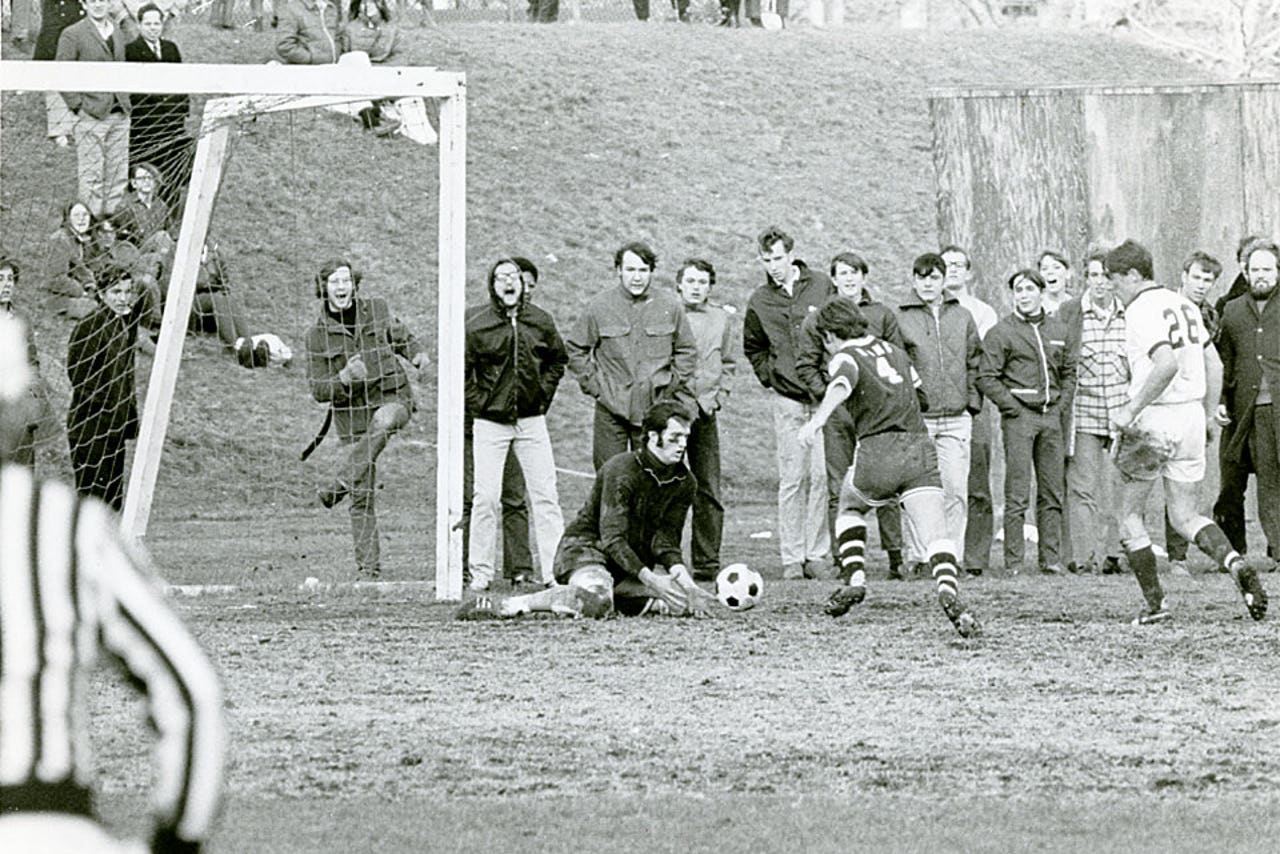 Before he was a doctor, Myers was a Harvard goalkeeper.

A gifted baseball and soccer player growing up, Meyers played both sports at Harvard in the late 1960s. A 6-foot-3 goalkeeper, he set an NCAA record at the time with 624 consecutive shutout minutes during the 1969 season (it has since been broken) and after finishing his undergraduate degree, he received an offer to play for Flamengo, a Serie A team in Rio de Janeiro.

Meyers always had ambitions of someday becoming a doctor, but initially he felt he had to give professional soccer a try, if only to see how he stacked up against the best in the world. Unfortunately, his on-field experience turned out to be short-lived.

"One of the medical schools I got into wouldn't give me a deferment, and back in those days they thought you were weird if you didn't go right into medical school," Meyers said. "I actually signed a contract (with Flamengo), and the next day the chairman of the board at the medical school at Columbia called up and said that I had a choice between spending my life in recreation or dedicating my life to medicine. I ended up choosing the dark side and went into medicine."

His playing career over before it started, Meyers moved to New York and got his medical degree, then completed his residency and fellowship at Duke. There, Meyers focused primarily on the liver and helped start the country's third liver transplant program. He also came to work with Duke's athletic department, learning the trade from longtime Duke physician Frank Bassett.

"In so doing," Meyers said, "I ended up seeing a lot of folks with lower abdominal and groin issues that would end their careers."

Meyers' work with the Bassett and the Blue Devils sparked an interest in that area of the body, and he began working with cadavers to experiment further. 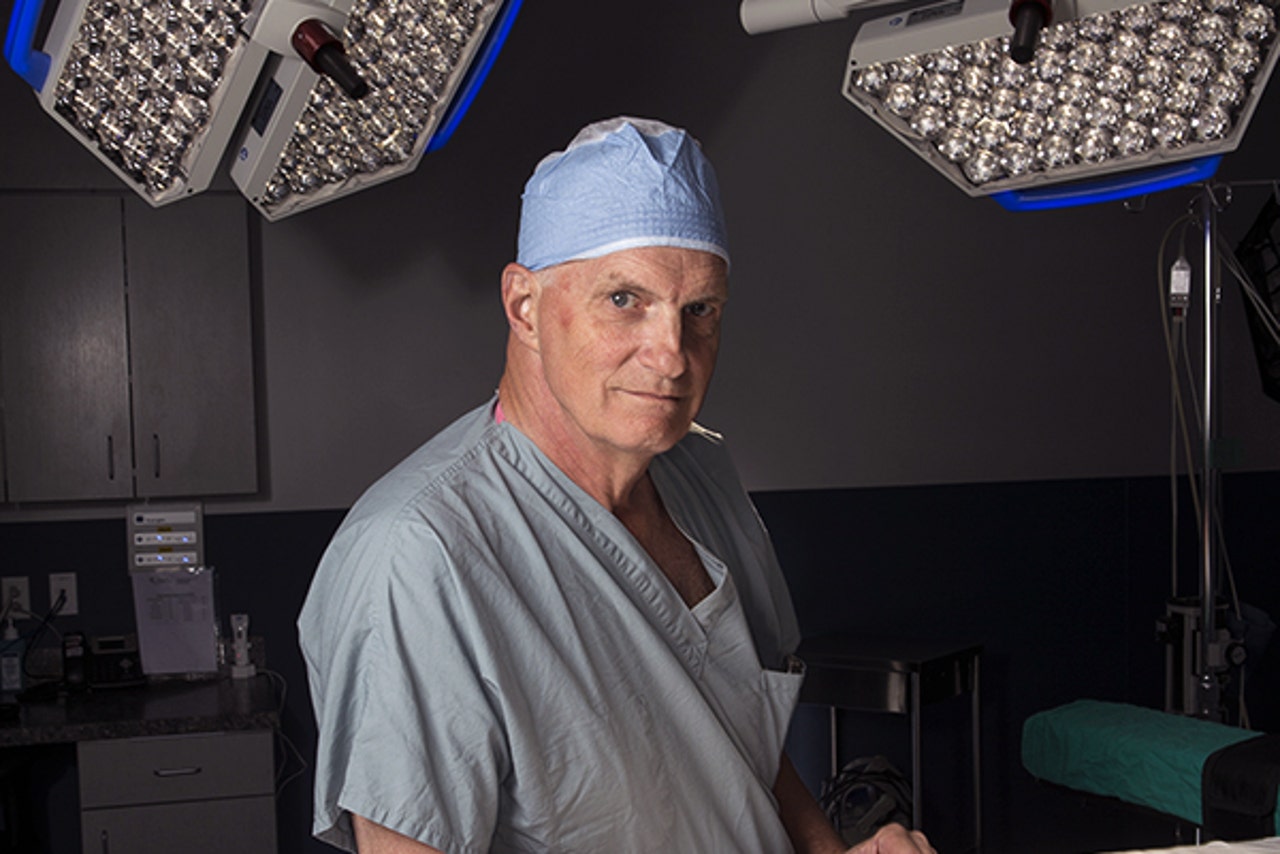 Dr. William Meyers in his office.

"We saw that the anatomy down there in the pelvis was a lot different from the way we'd been taught, and there was a lot more to it," Meyers said, detailing one particular experiment where his team discovered that the rectus abdominus muscle (abs) and adductor muscles (inner thigh) are connected via the pubic bone, which essentially acted as a joint.

"At the time, I had three players who I had examined and I didn't really know what to do," Meyers continued. "They had this sort of fleeting pain in the adductors and pubic bone, and it went from one side to the other, and I realized at that moment -- it was kind of an 'aha' moment -- that all your muscles are connected in some way and that the pubic bone was kind of the center of the universe."

Meyers operated on a handful of Duke athletes to address these issues, and the results were promising. Word began to spread about his knowledge in the field, and before long, Meyers found himself working on the U.S. men's soccer team, one of countless top-flight programs he's spent time with during his career.

Eventually, the Massachusetts native left Duke to become the chairman of surgery at UMass-Worcester, and in 2001, Meyers took the same position at Drexel University in Philadelphia, where he was also a senior associate dean at the college of medicine.

While at Drexel, Meyers also got an MBA at the prestigious Wharton School at the University of Pennsylvania -- needless to say, this is a smart guy -- and in 2013, he opened Vincera (Latin for "will conquer") to more comprehensively study and treat the core muscles alongside doctors and rehab specialists with expertise in each zone of the core.

"It's your transmission, and that's what helps keeps the pressure off your arms and legs," Meyers said. "It's really key to how your extremities work, and when you analyze it more, the muscles that attach to the pubic bone are sort of your harness, your bridle, your reins. Your athleticism comes from shifting from one side to the other, and the way you move is directly connected to that mechanism. That's where you harness your power from all the big muscles, so there's a lot to it."

Though Vincera has been open only two years, Meyers says he's already found that the effort is paying off in the form of more frequent and more accurate diagnoses of patients. However, it's also a pursuit that Meyers has found personally rewarding.

"In a way, we're saving lives," Meyers said. "It makes me appreciate how important quality of life is, even to the weekend warrior or someone who just wants to stay fit. This whole field has not been recognized well enough, and we're still developing it. We're going to get more and more people interested in it and contributing. It's fun to contribute, and certainly we're doing it in as scientific a way as we can and as truthful a way as we can, and we are trying to get rid of old myths."

And if the godfather of core muscle treatment can someday rid the world of the term sports hernia, and have people truly understand the makeup and complexity of their core muscles, that'll just be a bonus.

"Twenty years ago, they would only say a guy had a knee injury and they wondered when he was going to come back," Meyers said. "Now they know what the anterior cruciate and the medial collateral ligaments are, and hopefully at some point they'll appreciate what the fibrocartilage is around the pubic bone, too.

"I still look at myself as a liver surgeon, and I still think the liver is where your soul resides," Meyers added. "But now I'm starting to doubt myself. Maybe the core is it."