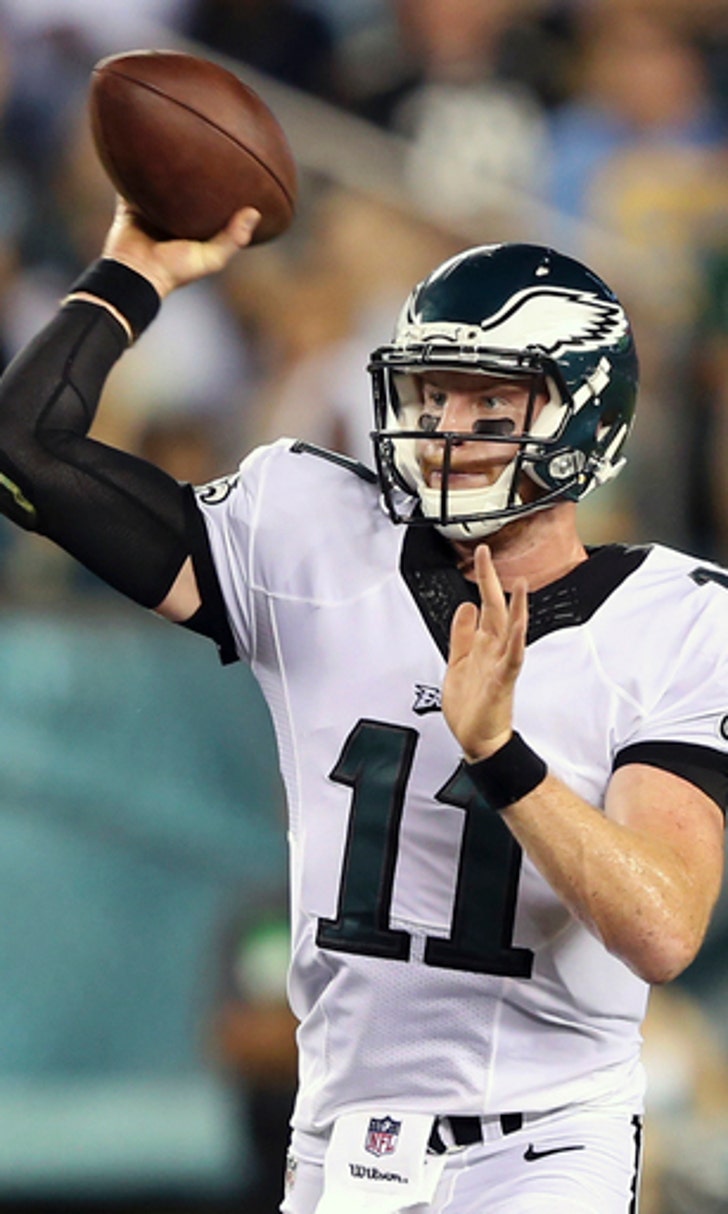 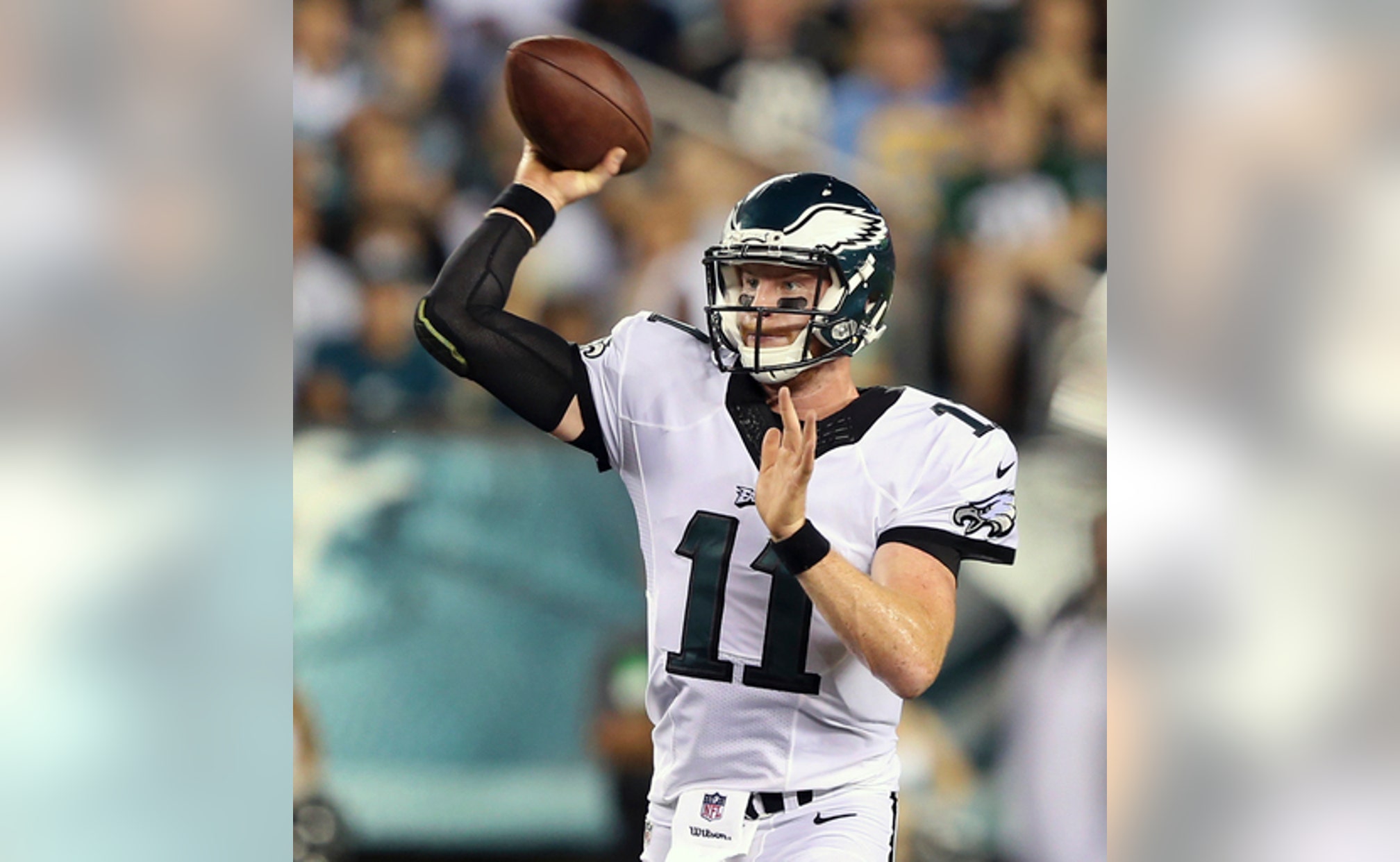 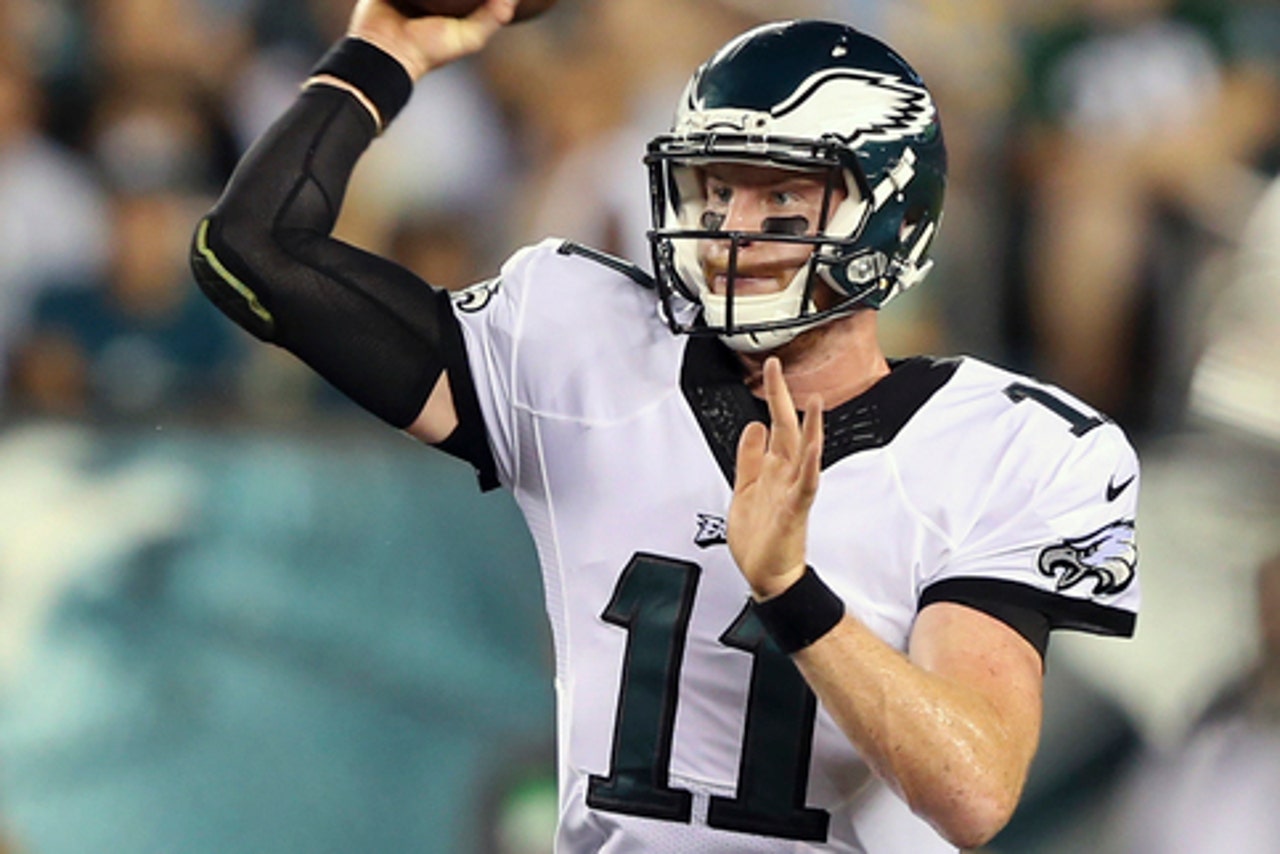 PHILADELPHIA (AP) The Carson Wentz Era is now for the Philadelphia Eagles.

The No. 2 overall draft pick will start Week 1 against the Cleveland Browns despite missing the final three preseason games after injuring his ribs in the opener.

Coach Doug Pederson made the announcement two days after the Eagles traded Sam Bradford to the Vikings for a 2017 first-round pick and a 2018 conditional fourth-round pick.

''Everybody feels like this kid is ready to go,'' Pederson said. ''We drafted him to take on the reins. It's something now that we're prepared to do. He's such a special guy. This stage is not too big for him.''

The Eagles traded up twice in the draft to select Wentz second overall. They recovered some of the draft picks they lost by dealing Bradford to the desperate Vikings, who lost Teddy Bridgewater for at least the 2016 season following a severe knee injury.

''It was right for this football team,'' Pederson said of the blockbuster trade. ''It's something that we believe in. I believe in. This is why we drafted (Wentz). Would an ideal situation be later than sooner? Sure. But right now, where we are, we've got a good football team around him. All the pieces are here for him to be successful and us to win some games.''

Chase Daniel, who signed a three-year, $21 million contract in the offseason to play behind Bradford and mentor Wentz, remains the backup.

''If I were Chase, I'd be disappointed,'' Pederson said. ''But he's the ultimate team player.''

Wentz said he was lying down in a cornfield hunting geese in New Jersey when Pederson called him Saturday morning to tell he's been promoted from No. 3 quarterback to starter.

''I feel like I've earned respect just from how I go about my business, how I carry myself,'' Wentz said. ''There's nothing different that I've got to do now. It's still football. I've got to still be the same guy and just play ball, and I think those guys believe in me and I'm excited for it.''

Wentz started just 23 games at North Dakota State where he led the Bison to FCS national championships in both of his seasons. He was 12 of 24 for 89 yards, no touchdowns and one interception in his only preseason action against Tampa Bay on Aug. 11.

Now he'll be under center against the team that traded down in the draft instead of staying put and selecting him.

Rookie quarterbacks have had success in the NFL in recent years.

Robert Griffin III, who will start for the Browns against the Eagles on Sunday, led the Redskins to the NFC East title in 2012. Russell Wilson led the Seahawks to 11 wins and a playoff win over RG3 that same year.

Ben Roethlisberger was 13-0 as a rookie in 2004 and helped the Steelers reach the AFC championship game. Joe Flacco (2008 Ravens) and Matt Ryan (2008 Falcons) each won 11 games and went to the playoffs.

Mark Sanchez guided the Jets to the AFC title game in 2009, and Andy Dalton led the Bengals to the playoffs that season.

''It goes to the big picture, the organization and the team,'' Pederson said. ''You play great defense and great special teams, and you have all the pieces: a good offensive line, a good running game, and you can protect guys. That's what those guys did back early in their careers with the Roethlisbergers and the Flaccos and the Ryans and quarterbacks like that.''