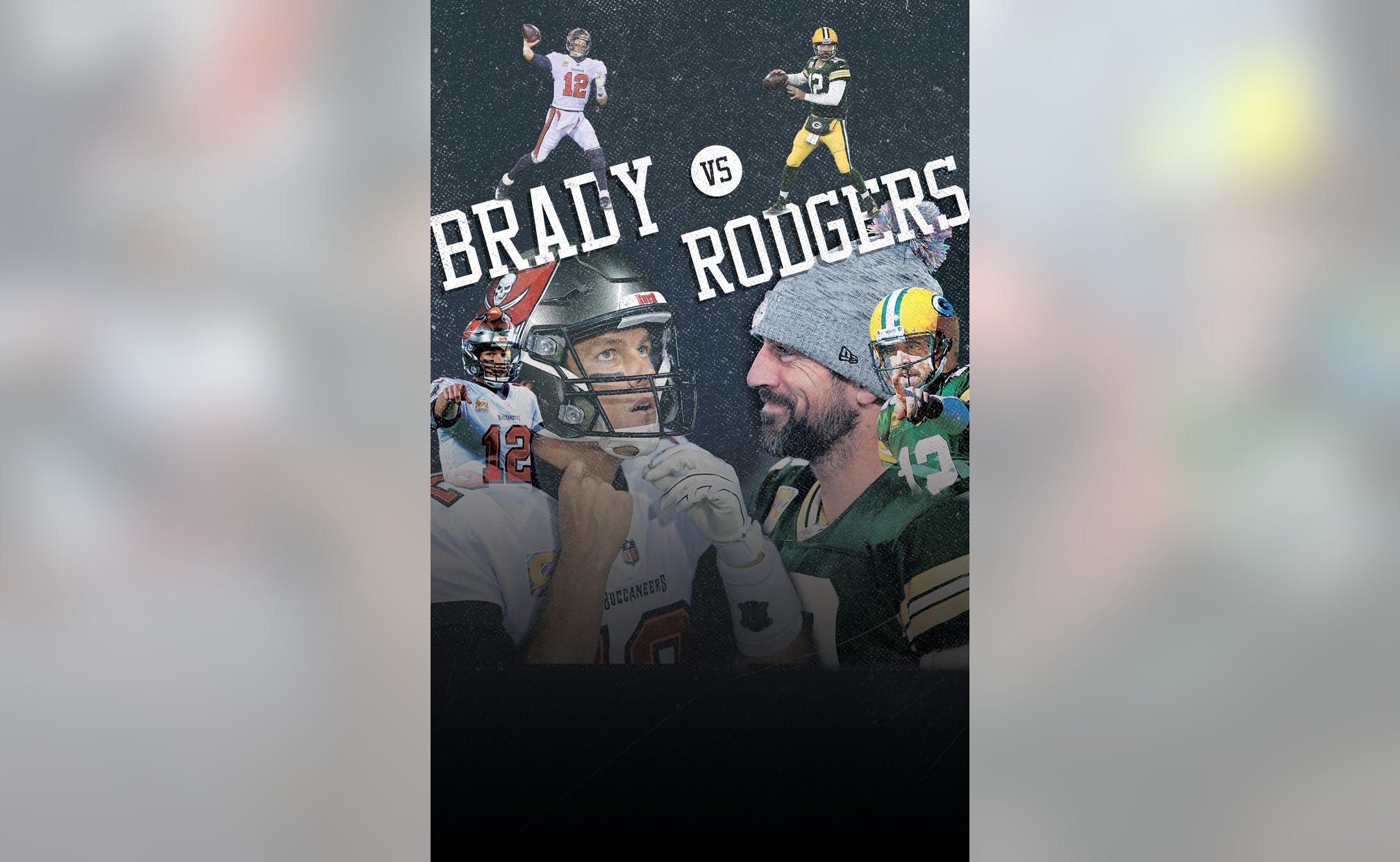 Tom Brady vs. Aaron Rodgers looks likely to forever remain one of those mythical Super Bowl matchups that could, and probably should have taken place – but never quite did.

Now that they’re in the same conference, we’re not going to see two of modern American sports’ biggest icons square off in the grandest game of all, barring some remarkable turn of events as time ticks down toward the end of their glittering respective careers.

Yet this weekend, Brady’s Tampa Bay Buccaneers and Rodgers’ Green Bay Packers meet in a battle with major seasonal ramifications for both. It also provides a chance for the pair to lock horns for only the third time.

And they’re getting ready for it … by resembling a pair of grumpy old men.

Okay, so that’s a somewhat cheeky and moderately unkind take, but the fact remains that each man is bristling right now, irked by either situation or perception and making little attempt to disguise it.

“Brady’s yelling and screaming at his teammates,” FOX Sports’ Shannon Sharpe said on Undisputed. “I don’t like that.”

Despite the Bucs sitting on top of the NFC South, Brady’s frustration with his offensive line was on full display last Thursday in a 20-19 defeat to the Chicago Bears. He got a pass from head coach Bruce Arians, who said he had no problem with the furious outburst on the sidelines, but not everyone was so forgiving.

“I have got a big problem with it,” Sharpe added. “He is not the coach. Tom Brady’s name does not appear on (a player’s) check. I believe there is a healthy level of respect that must be shown between teammates, however great you are. I get he was frustrated. I don’t like that Tom turned to the guys and yelled and was cursing. You have to be careful of things like that.”

As for Rodgers, the Packers’ perfect 4-0 start to this disrupted campaign has not prevented him from getting spiky, a mindset that seems to have started the moment Green Bay drafted his potential successor, Jordan Love.

In media interviews, Rodgers has been subtly and sometimes not-so-subtly hurling out jabs at everyone from his critics to other quarterbacks to even the Monday Night Football commentary crew.

And thus, rather than a wave of feel-good nostalgia as two players with off-the-charts respect for each other get ready to meet, there is instead a dusting of angst in the air with both men nursing a chip on their pigskin-propelling shoulders.

In truth, there is something rather wonderful about the fact that they are all wound up. When the greatest players in sports get amped, it is not a distraction, it is fuel for excellence.

It is fascinating drama not because there is any great sense of enjoyment in seeing people get upset, but because it is the ultimate proof that two all-time legends care as much as ever, even after all this time. Which is, of course, precisely what you want from such iconic figures.

Knowing they are about to face each other probably gets the juices flowing a little bit more. This year’s reworked playoff format gives extra incentive for Rodgers and the Packers, who would dearly love an additional winter week off.

“You could argue this game is far, far more important for Green Bay,” FS1’s Nick Wright said on First Things First. “Green Bay is fighting for the one-seed. The expansion of the playoffs and only having one bye makes the one-seed more valuable this year than any year in NFL history.”

Brady vs. Rodgers is a tussle that might have become much more. Had Green Bay not famously imploded in the 2014 NFC Championship, it would have been the Packers, not the Seattle Seahawks, who faced Brady’s New England Patriots in the Super Bowl.

In 2010, the year of Rodgers’ sole title, the 14-2 Patriots were shocked by the New York Jets in the divisional round.

On Sunday, Brady’s new team has the chance to not only create some separation in the NFC South, but also put a gloss on his Tampa Bay resume.

As always, when two elites come face to face, it is natural to compare the two. For former NFL QB and current FOX Sports NFL analyst Michael Vick, the weight of Brady’s Super Bowl haul (six) makes it a no-contest.

“Tom Brady has been the better quarterback over the last 15 years,” Vick said. “The resume speaks for itself. When you look at Aaron Rodgers’ talent, he was able to make guys like Greg Jennings and Donald Driver even better. But these QBs had the opportunity to go to the big dance multiple times, and Brady did it.

”Right now, Rodgers has arguably the greater chance to add to his number. According to FOX Bet, the Packers are currently listed at +900 to win the Lombardi Trophy, while the Bucs are at +1800. 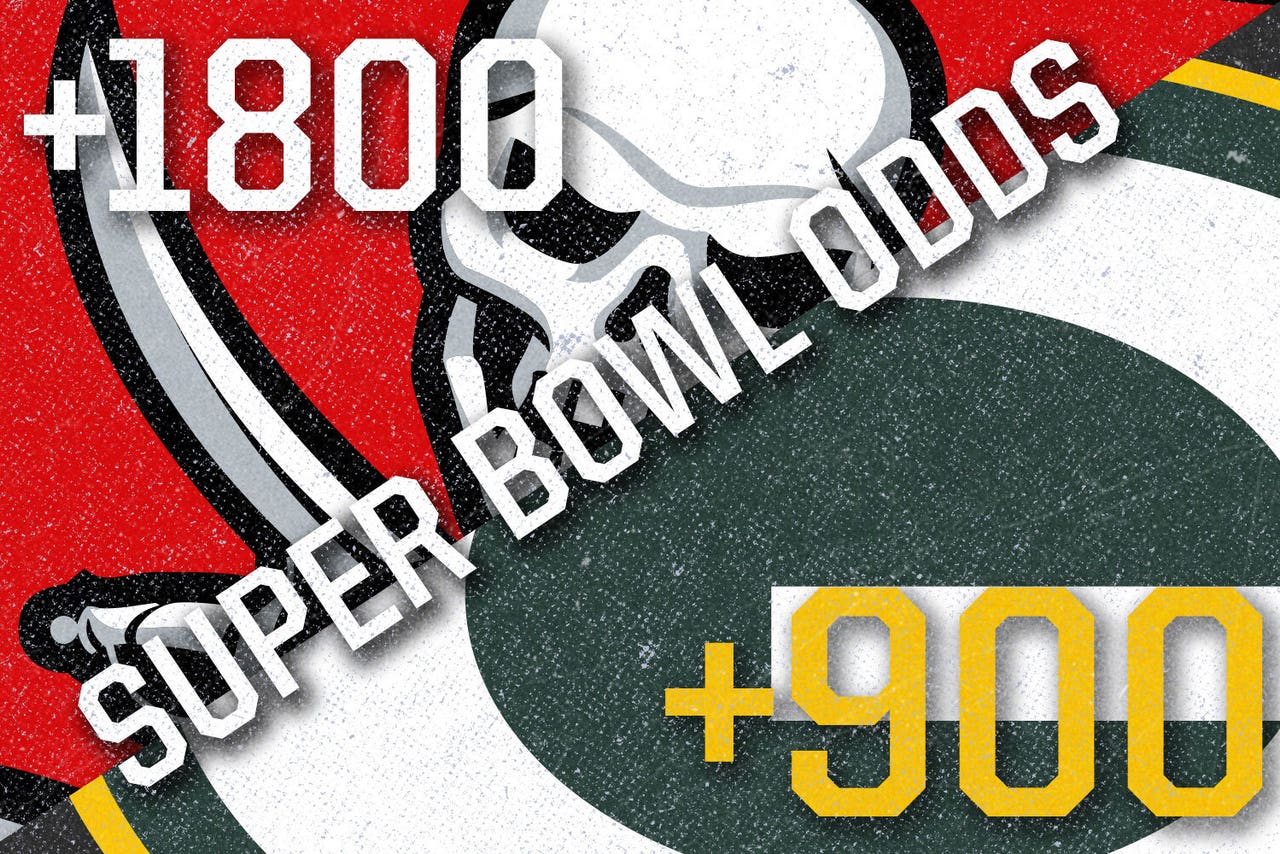 Here is the bit where we put in the obligatory thing that all QBs say when they prepare to meet each other and does absolutely nothing to impinge upon our excitement of what follows.

“We have mutual admiration and respect,” Rodgers told reporters, before insisting vehemently that each QB against the opposition is “however it should be viewed.”

Thanks Aaron, but please forgive us if we don’t quite see it that way. Everyone else will regard it as one of the most-anticipated games of the season, a QB head-to-head matchup almost beyond compare and something to get seriously excited about.

Come Sunday night, one of the grumpy guys is going to be smiling.