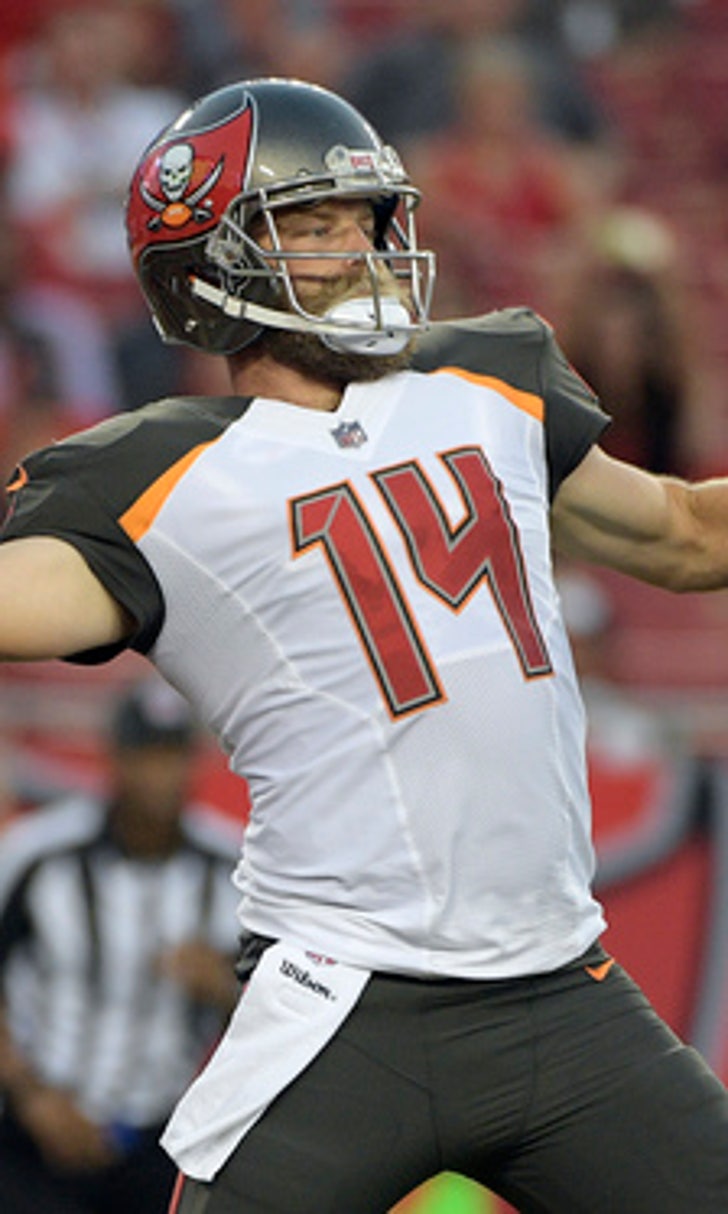 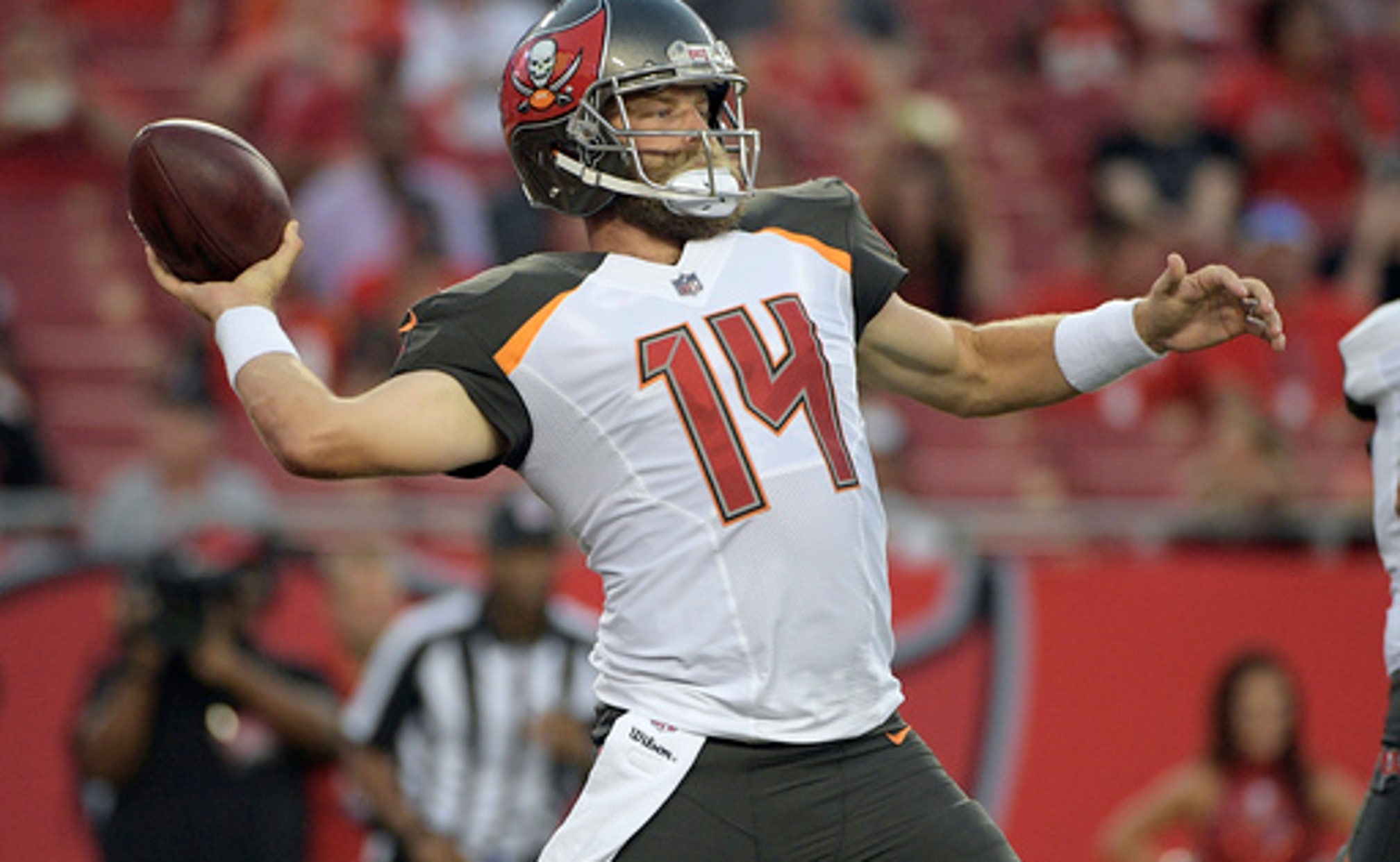 It didn't happen during his previous eight NFL seasons. And not in college at Pittsburgh, where he scored 36 times in 25 games.

''It's time for myself to get rolling,'' McCoy said. ''I look forward to this week, having a big game. It's about time, you know.''

The Bills top offensive threat has been held off the score sheet through five games - McCoy's longest drought to start a season. And his drought is actually six games long, dating to last season, to match the worst stretch of his career set in 2014, McCoy's final season with the Eagles.

Just as worrisome are his rushing numbers. Though he has 189 yards receiving on a team-leading 27 catches, McCoy's combined for just 169 yards rushing in his past four games after gaining 110 in a season-opening 21-12 win over the New York Jets.

This is not what the 29-year-old expected out of himself last summer when dismissing questions whether he was slowing down with age.

In his defense, the Bills lack of a deep passing threat and an injury-depleted group of receivers has made it easier for opponents to crowd the line of scrimmage to key on stopping McCoy.

McCoy is encouraged after spending time over the Bills break analyzing what's not worked. He's re-focusing on fundamentals and being patient in reading where the holes might open.

''We run the ball, that's what we do,'' McCoy said of a Bills offense that's led the league in rushing the past two years. ''Myself, I make big plays. That's what I do. It's been long enough.''

Thought the Buccaneers pass defense is among the NFL's most porous, it has been spotty against the run.

In his debut with the Cardinals last week, Adrian Peterson had 134 yards rushing and scored twice in Arizona's 38-33 win over the Bucs.

The defense should get a boost with starting linebacker Kwon Alexander expected to return after missing four games with a hamstring injury.

''I'm ready to get back and hit somebody,'' Alexander said. ''I've only got one tackle on the season, so I've got to get my stats back up.''

Another plus for the Bucs is their high-powered offense will be run by starter Jameis Winston, who has been cleared to play after spraining his throwing shoulder on the opening drive against Arizona.

Some things to watch out for as Tampa Bay makes just its second trip to Buffalo in team history:

THE MATCHUP: The Bills are coming off their bye week with a chance of getting off to a 4-2 or better start for the fourth time during a 17-season playoff drought - the longest active streak in North America's four major pro sports.

The Bucs look to rebound from two losses, including a 19-14 defeat to New England in which Nick Folk, since placed on injured reserve, missed three field-goal attempts.

BANGED-UP BILLS: Starting tight end Charles Clay (left knee) won't play, and starting receiver Jordan Matthews' status is uncertain while returning to practice this week since breaking his right thumb. The two account for 30 of 85 receptions and 420 of the team's 910 yards receiving.

SANS SACKS: With a league-worst six sacks, the Bucs haven't had one from a defensive end since Noah Spence had the team's only quarterback sack in a season-opening win over Chicago. That's a big reason the team ranks 31st in pass defense, allowing 302 yards per game.

''Those numbers are not nearly what they need to be,'' coordinator Mike Smith said. ''We've got to get it turned around because if we don't, it's going to be more of the same.''

BACK TO BACKUP: Winston's return means journeyman backup Ryan Fitzpatrick won't get a chance to start against one of his former teams.

''It's definitely a badge of honor for me,'' Fitzpatrick said, after going 22 of 32 for 290 yards with three touchdowns.

He then broke into a laugh, when noting he also threw two interceptions.

''I definitely have the record for seven teams and an interception with each team as well,'' Fitzpatrick said. ''So I take pride in both of those.''

BEEN THERE: The Bucs' aren't concerned with their slow start a year after rallying from a 3-5 record to finish 9-7 for their first winning season since 2010.

''We aren't going to act like we haven't been here before,'' receiver Mike Evans said. ''Hopefully, it won't have to get to that, but I think we need to start winning ASAP.''