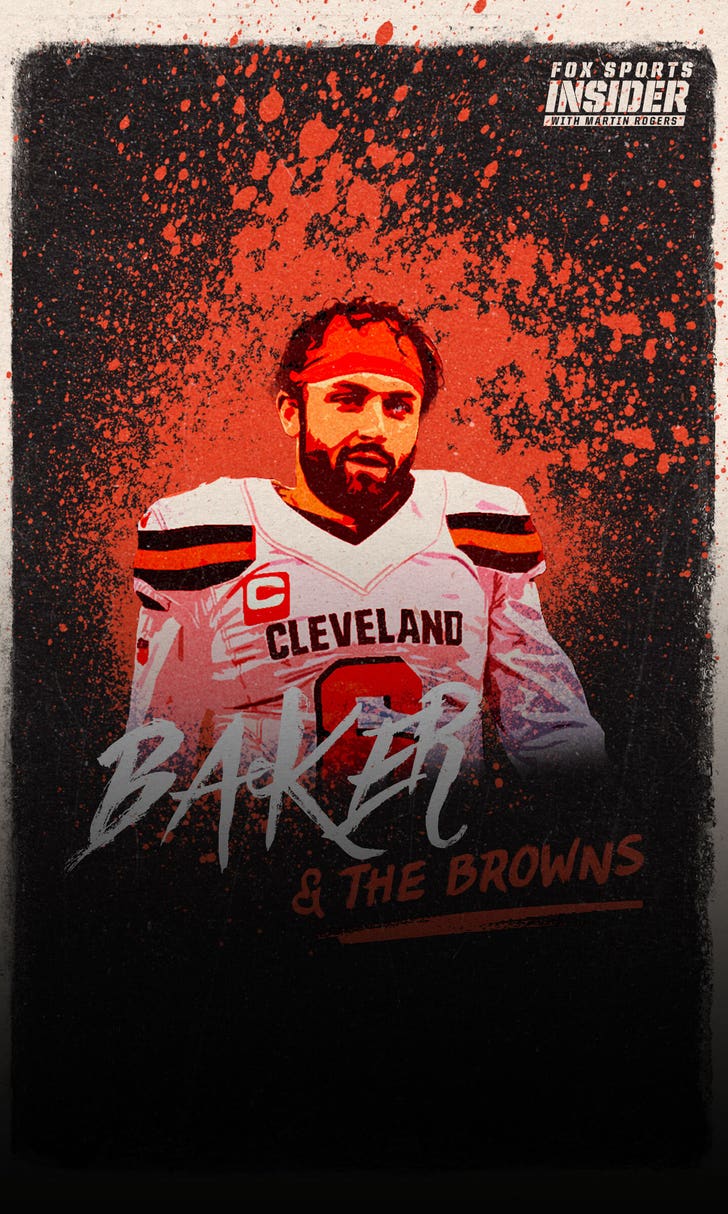 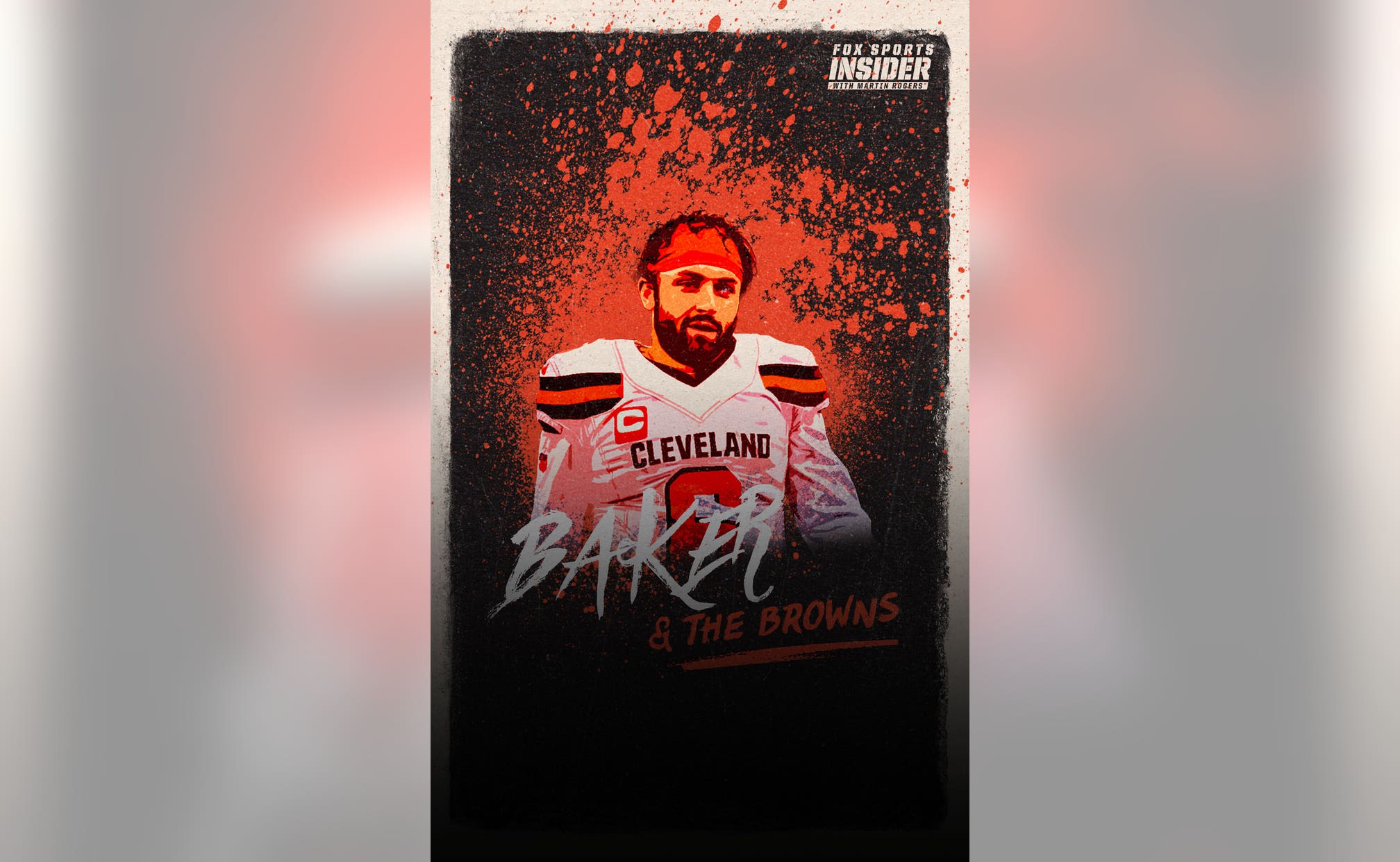 The Cleveland Browns were supposed to freeze in the moment, given that moments like these have been so far apart and so unfamiliar.

In so many sensible minds – yours, mine, the oddsmakers, the experts ⁠— it was destined and ordained how it would be the Browns to falter, to suffer a collective collapse in comedic fashion, to mess up early and never recover.

This was supposed to be the "bad luck" chapter of the Cleveland story, following on from so many somber verses that were just "bad." It was all there, the romantic tragedy was written, the table was set, and all the Browns had to do was go read the script and follow along.

Except, they chose not to.

"We knew that everybody was counting us out," quarterback Baker Mayfield said. "No one believed in us, besides us."

On Sunday night, the Browns tore up the Pittsburgh Steelers with a devastating first-quarter onslaught made possible by a bunch of developments, including Maurkice Pouncey forgetting how to snap, Ben Roethlisberger forgetting how to throw and the entire Steelers squad forgetting that in playoff games, you must actually turn up and play.

The 28-0 burst didn’t just light up the scoreboard. It also ripped to shreds all the inherent presumptions we’d convinced ourselves were gospel.

We’d assumed the Browns would be too shaky to greet the moment of truth and the absence of COVID-positive head coach Kevin Stefanski would be a hurdle too great.

We’d conditioned ourselves to believe Mayfield would find the intensity of playoff attention and the breath of the Steelers defense too hot to deal with. We’d imagined a depleted offensive line being too brittle and we’d convinced ourselves that having seen this do-or-die spot so often before, the Steelers would take to it more naturally.

We’d figured that a lot of things would happen that didn’t, and if we’re being totally honest, it was all too easy to think that way because it was the Browns, and predicting bad things for a franchise that has a history of calamity has all the comfort of convention behind it.

Steelers WR JuJu Smith-Schuster alluded to as much midweek, when he said "the Browns is the Browns," a throwaway remark that has now become a catchphrase. Cleveland players chanted it gleefully as they ran from Heinz Field while celebrating the victory, and you can be sure some enterprising folks are already doing a fine trade selling T-shirts bearing those words in Northeast Ohio.

In truth, Smith-Schuster wasn’t wrong, he just read it wrong. The Browns are the Browns, aware of their past and not transplanted from it. But this group is feeling the upside and actually seem freed by what came before.

There are different ways of looking at an organization’s tale, especially one beset by repeated failure. It is natural to assume the prior dismal years serve as a weighty burden to the incumbent group, yet Stefanski has prioritized the mental aspect since taking over before the season and has found a way to liberate his players’ minds.

He has gotten them believing they are the creators of a new future, that previous disappointment means the only way is up, and that there is no reason for anything other than a carefree, nothing-to-lose mentality.

This Browns team still has flaws and hasn’t always been good, but if you’ve been watching closely, you’d see they’ve never been negative ⁠— and never dropped their heads. 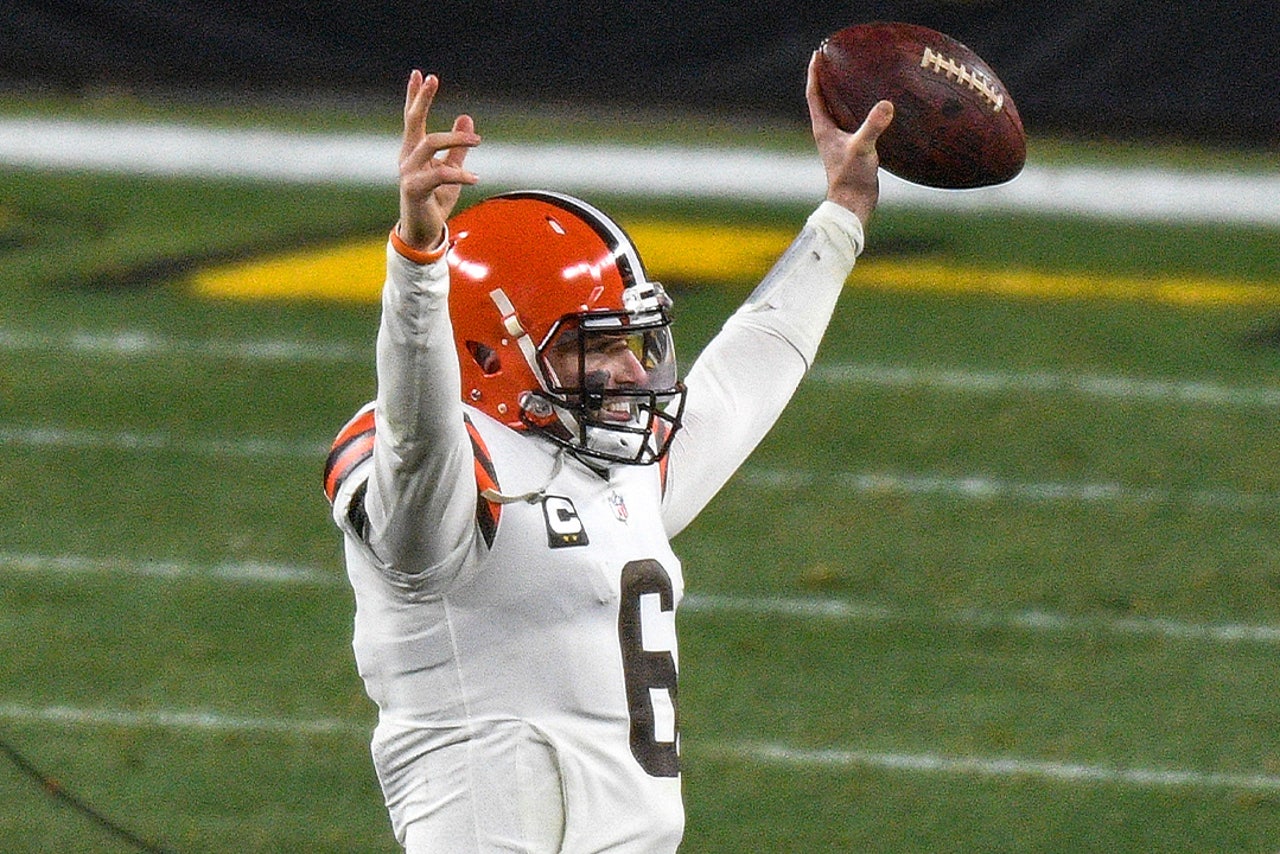 Mayfield had three touchdown passes and no interceptions against the Steelers.

Mayfield isn’t the best player on the Browns, but he is their leader. Following his lead, the team’s language, and body language, has remained strong throughout.

"(Baker) has an amazing amount of self-confidence and I know he has some swagger, but I love the way he handles adversity," said stand-in head coach Mike Priefer.

The Browns sustained five defeats during the regular season, but each was followed by a victory. And, as small milestones gave way to bigger ones ⁠— first winning campaign since 2007, first playoff appearance since 2002, first 11-win campaign since 1994 ⁠— the players have come to feel like the tide has turned and feel fortunate to have caught the upward curve.

While Sunday night shook out, Stefanski was in his basement at home, and was found there on FaceTime afterwards by wide receiver Jarvis Landry. Mayfield, in his postgame interview, gave credit to "a guy named Blake", actually replacement lineman Blake Hance, recruited from the New York Jets practice squad midweek to fill a hole on a squad ravaged by injuries and the coronavirus.

There were a lot of players who stood tall and none more so than Mayfield himself, the guy so derided and doubted and who still doesn’t have the undivided faith of the Cleveland sports public, yet rose to the occasion, stayed smart, didn’t panic, avoided turnovers and ultimately finished the job just when it looked like the Steelers might figure this one out.

"This is about Baker and the Browns and letting them have this moment," FS1’s Nick Wright said on First Things First. "When Baker Mayfield doesn’t turn the ball over, he is a top 10 QB in the league. This (defines) Mayfield as the face of the franchise."

Restrictions will hopefully curtail the temptation to party, but even so, winning at Pittsburgh for the first time in 17 tries and breaking a playoff jinx will create a seismic uplift in a community that loves its sports and has had its heart broken too many times.

The reality is this and it’s a new one – the Browns might be the Browns but they have come to symbolize something different.

They decided to show resiliency and my oh my, haven’t they had to show a lot of it? They’ll need a heck of a lot more if they’re going to be competitive against the Kansas City Chiefs this weekend, but, for them, everything’s a freeroll now.

For the rest of us, the next time we’re drawn to use precedent as a method of prediction, think back to the Sunday night and the lesson we all learned.

A Problem in Houston
Deshaun Watson is not happy with the Texans, and reports are that a trade is not off the table. How did we get to this point?
3 mins ago