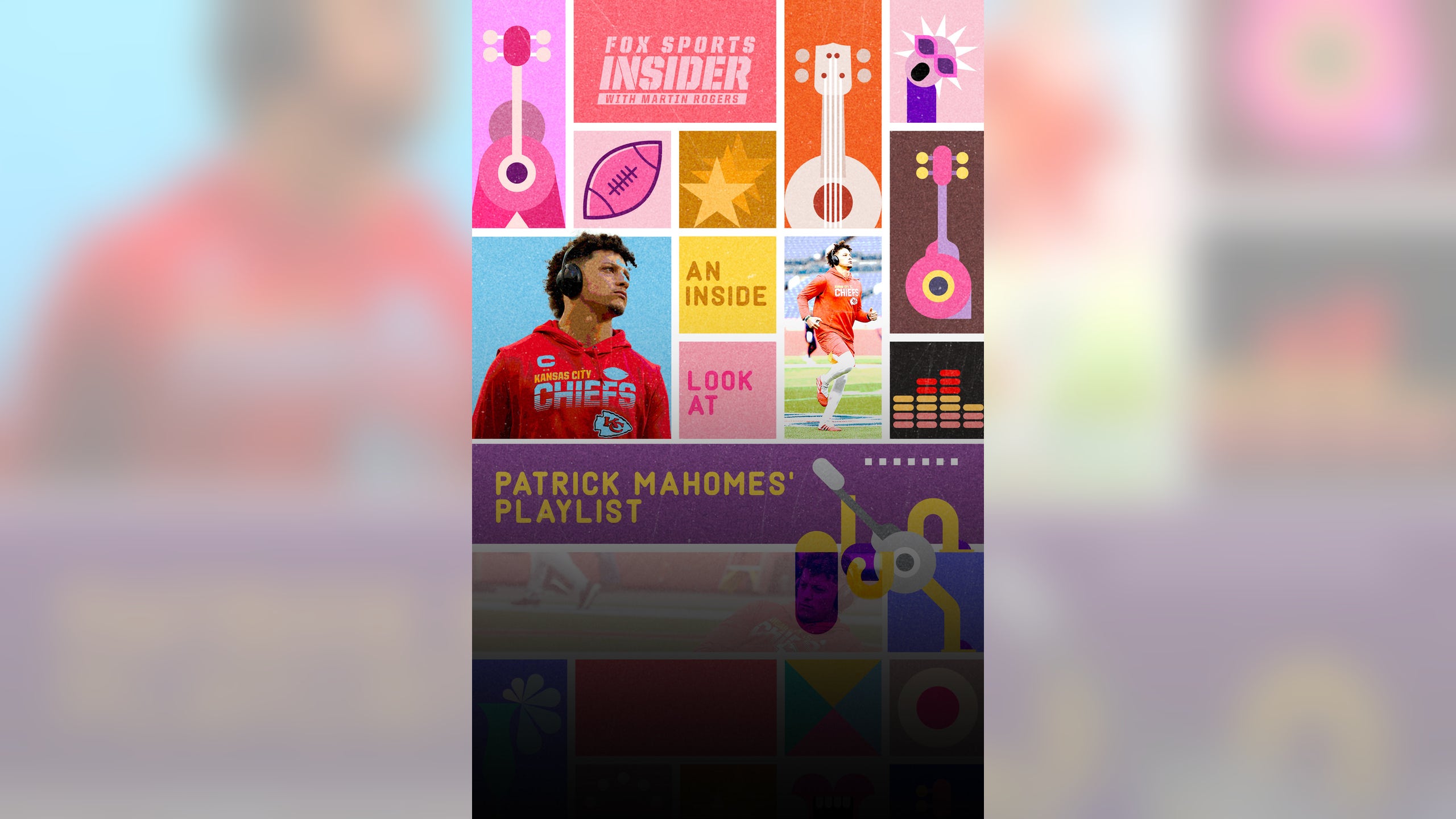 "Music is a huge part of my pregame routine," Patrick Mahomes said recently. "It’s how I help get my head in the game."

Now, Mahomes’ head has been perhaps the most talked about body part in sports the past few days, ever since a bell-ringing collision knocked him out of last weekend’s AFC divisional playoff game and into the National Football League’s concussion protocol.

The Kansas City quarterback is well aware of the noise surrounding his status, given that many believe a weakened version of him is the only thing capable of stopping the Chiefs from repeating as Super Bowl champions.

Now that we know he’s good to go against the Buffalo Bills on Sunday, Mahomes will turn to a familiar source – and sound — to drown out the chatter about whether he’ll be at his best: music.

I managed to get some specifics and data relating to what Mahomes plays in the locker room while he is priming himself for big games, thanks to a timely assist from EarBuds, the playlist-sharing app he uses and has invested in.

Mahomes is so into his music that fiancée Brittany Matthews gifted him a DJ board for Christmas, and his song choices in the buildup to the most significant games of his career give an intriguing look into his mindset.

Given that I’m 42 and nowhere near cool (or knowledgeable) enough to comment on such things, I persuaded Los Angeles-based music producer and songwriter Brooks Ivory to go through Mahomes’ most played tracks and artists and delve into what it all means.

Mahomes’ selections drift from rap to pop to electronic dance music, and his most frequently played song is "No Bystanders" by Travis Scott. The average beats per minute of his favorites is a speedy 137, but his set includes chill vibes such as J. Cole’s "The Climb Back."

"Travis Scott is known for his bangers, and ‘No Bystanders,’ this is definitely one of those," Ivory told me. "There are a lot of themes in there for an athlete like Mahomes – revenge, travel, motivation."

Ivory added the pre-chorus is also the kind of repetitive rhythmic beat to get the mind fired up and the feet moving before battle.

Ivory broke down several other tunes:

"My Moment’’ by DJ Drama, feat. 2 Chainz, Meek Mill & Jeremih: "Shows a desire to win" and "that Mahomes feels he still has something to prove." The lyrics also allude to work ethic: "If I don’t grind, I don’t shine."

"Under the Sun’’ by Dreamville: After signing a $450 million contract, "Mahomes can probably relate to the chorus that says ‘I woke up with some money.'"

’"Every Season’’ by Roddy Ricch: "This shows the confidence in Mahomes’ game. It refers to ‘Ballin’ out every season.’ He’s been doing that since college."

"Camelot" by NLE Choppa: "Likely just something he plays to get in a good mood."

"Life is Good’’ by Future feat. Drake: "Whenever Drake puts out a song, it has a good vibe. Mahomes is probably just vibing out to this."

"The Climb Back’’ by J. Cole: "Mahomes likes his party music, but he must also have a side where he thinks about deeper things. It’s hard to listen to J. Cole and not go into focus mode."

Mahomes got involved with EarBuds by chance, having met founder and former NFL player Jason Fox at a bachelor party for a mutual friend and learned about the concept over a round of golf. Ever since, Mahomes has gone live with his pregame playlists, including one before his Super Bowl triumph over the San Francisco 49ers, which was followed by more than 10,000 subscribers. Since the company recently agreed to a deal with Android, those numbers are expected to climb.

"We get inspired by seeing what the best of the best do and how they prepare to perform," Fox, who came up with the playlist-sharing idea after watching Cam Newton jam out before the Carolina Panthers met Fox’s Miami Dolphins, said via telephone. "Patrick is incredible at what he does, and the music he listens to is a part of generating that focus. On top of that, he is one of the most popular athletes we’ve seen, and sharing his playlist is another way for him to connect with his fans."

Proceeding to another Super Bowl appearance seemed like a formality for Mahomes until the latter stages of last weekend’s clash with the Cleveland Browns. After Mahomes left the game, Chad Henne came up big with two clutch plays, aided by some inspired Andy Reid playcalling. Oddsmakers are basing their lines off the assumption Mahomes will play Sunday, with FOX Bet listing the Chiefs as 3-point favorites.

If this season turns into another success story for the Chiefs, it will be a further chapter in the success story of Mahomes, who has weathered his rapid rise with a notable lack of fluster. He told the Kansas City Star that the lyrics and beats of his preferred tunes play a part in his finding the balance between intensity and innovation on the field.

"I just enjoy music in general and the different, creative ways you are able to express who you are," Mahomes said. "I just want to be able to kind of do that, use that to kind of put myself in a good mood, no matter what I’m in and what type of thing I’m going to do."

There are just three games to go to cap a remarkable season. On Sunday, one of the most cherished days on the sports calendar awaits, with a doubleheader of championship game action. As unthinkable as it sounds, on a day that features two of the best to ever play the quarterback position in Tom Brady and Aaron Rodgers, Mahomes will be the biggest star on display.

The AFC decider is a superb matchup between the defending champions and an emerging Bills threat, bolstered by Josh Allen and a resolute unit on both sides of the ball, determined to make the most of a breakout season.

For all Buffalo’s shine, it is hard to see how the Bills can survive if Mahomes, the most dynamic offensive force in the game, plays to his fullest potential.

In the words of DJ Drama (I might be old, but I’m learning), he’s "just waiting on that moment." 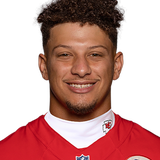 Get more from Patrick Mahomes II Add to your favorites to get information about games, news and more.
in this topic 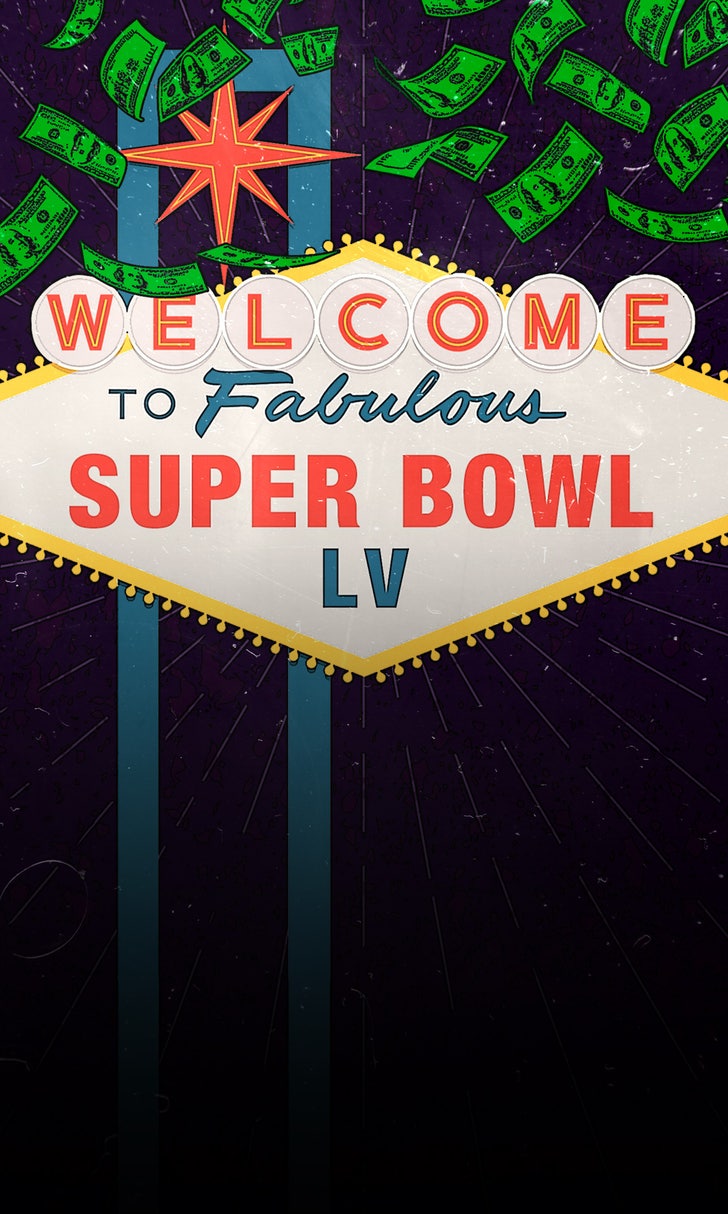 Inside A Sportbook On Super Bowl Sunday
What's it like in the heat of the action? Sammy P details being behind the scenes in Las Vegas for Super Bowl LV.
February 12 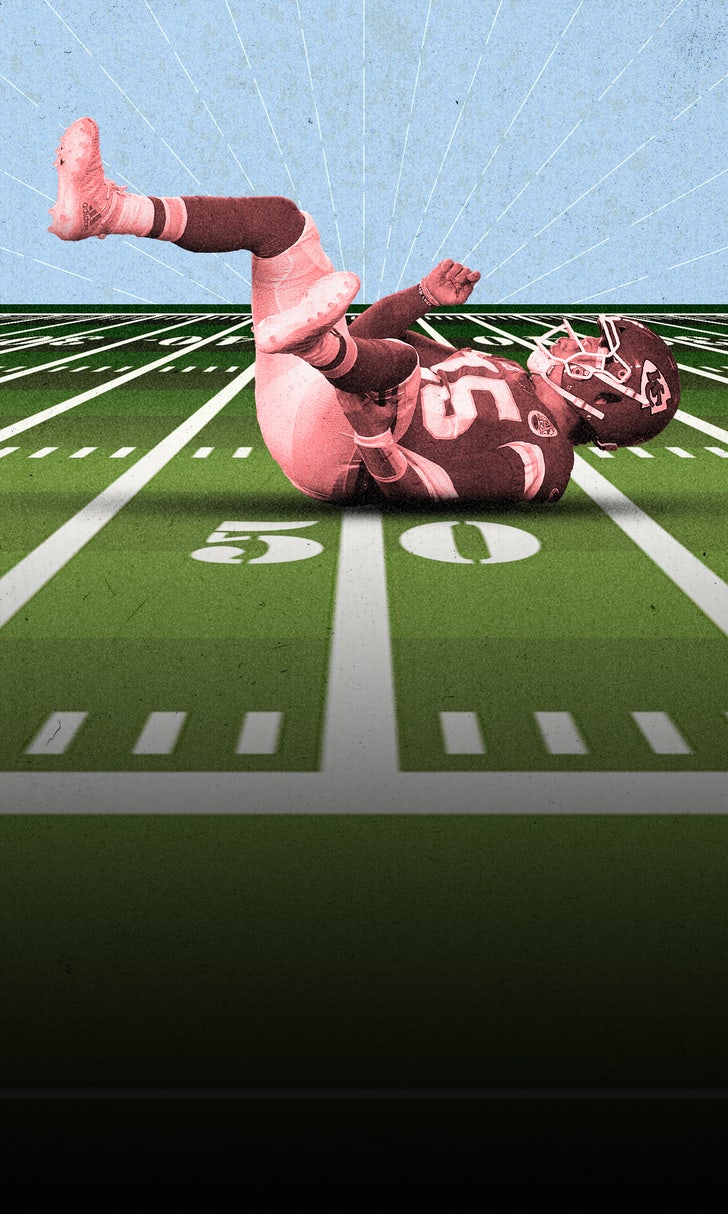 Lay Off Mahomes!
If you're blaming Patrick Mahomes for the Chiefs' Super Bowl loss, you must've watched a different game than Geoff Schwartz did.
February 10 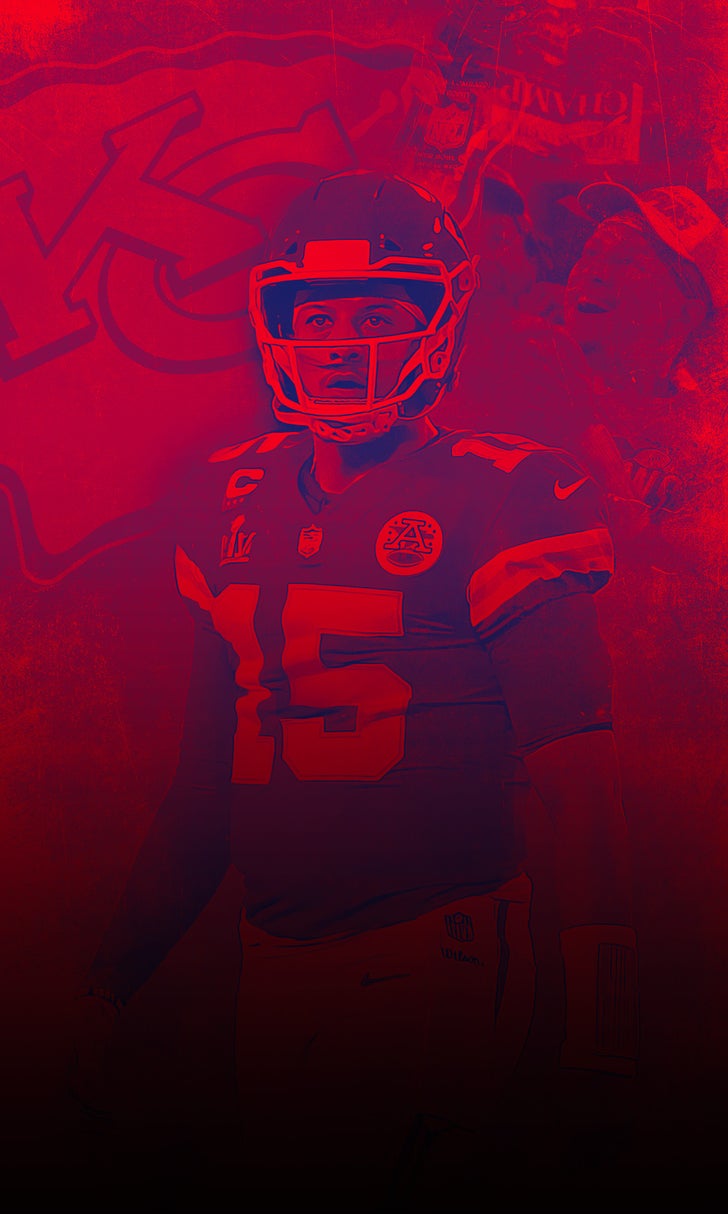 Knocked Off His Pedestal?

Knocked Off His Pedestal?
Some pundits are laying the blame for Kansas City's Super Bowl loss at the feet of Patrick Mahomes. Fair or foul?
February 8 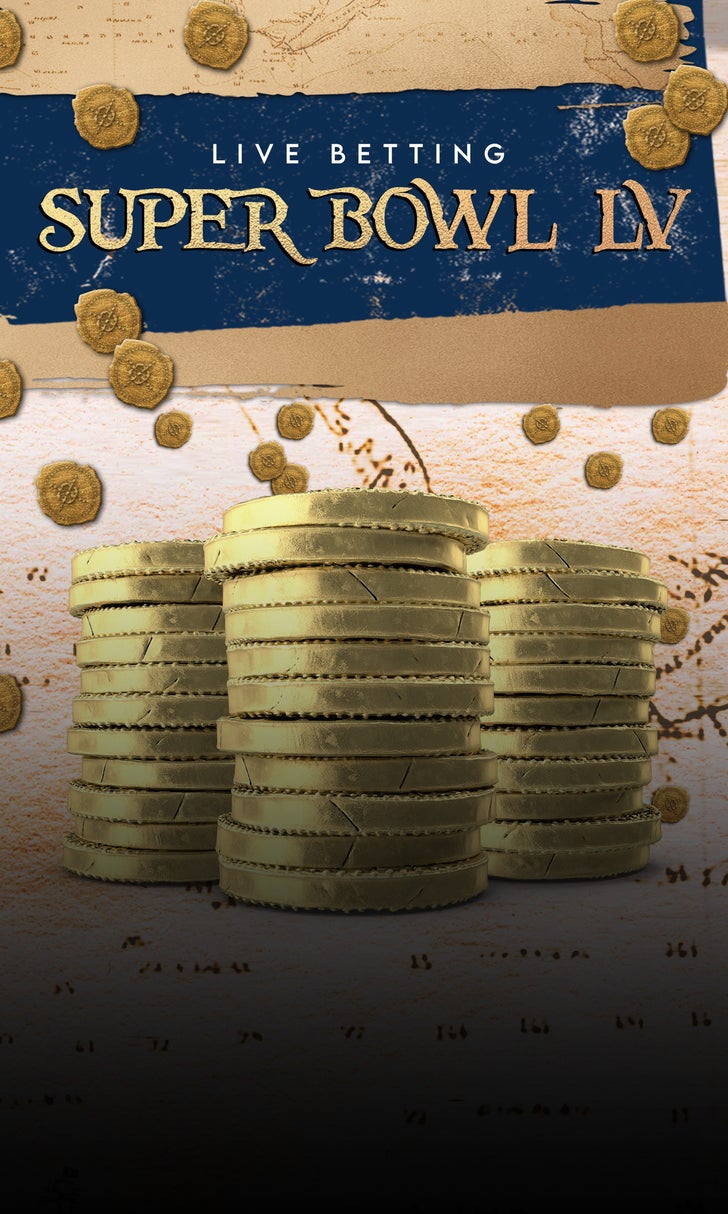 Super Bowl LV Betting Results
Heads or tails? What side was the public on? Who won MVP? What color was the Gatorade? Here's your Super Bowl gambling recap.
February 8
those were the latest stories
Want to see more?
View All Stories
Fox Sports™ and © 2021 Fox Media LLC and Fox Sports Interactive Media, LLC. All rights reserved. Use of this website (including any and all parts and components) constitutes your acceptance of these Terms of Use and Updated Privacy Policy. Advertising Choices. Do Not Sell my Personal Info