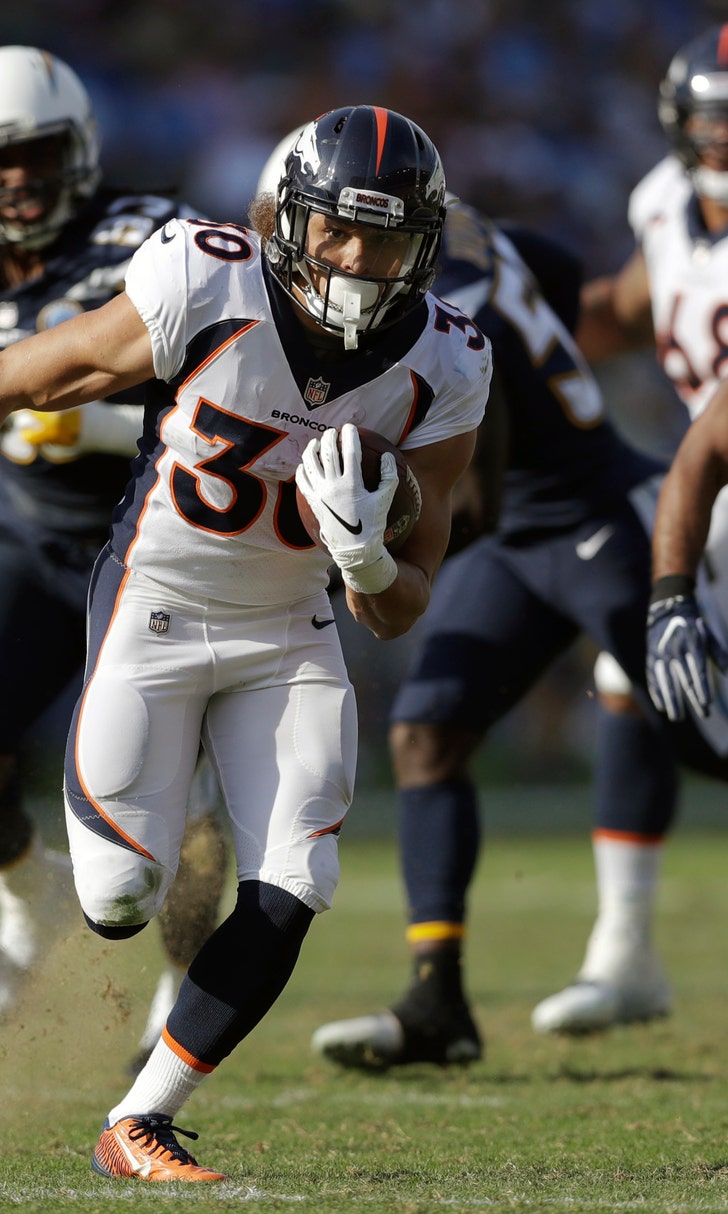 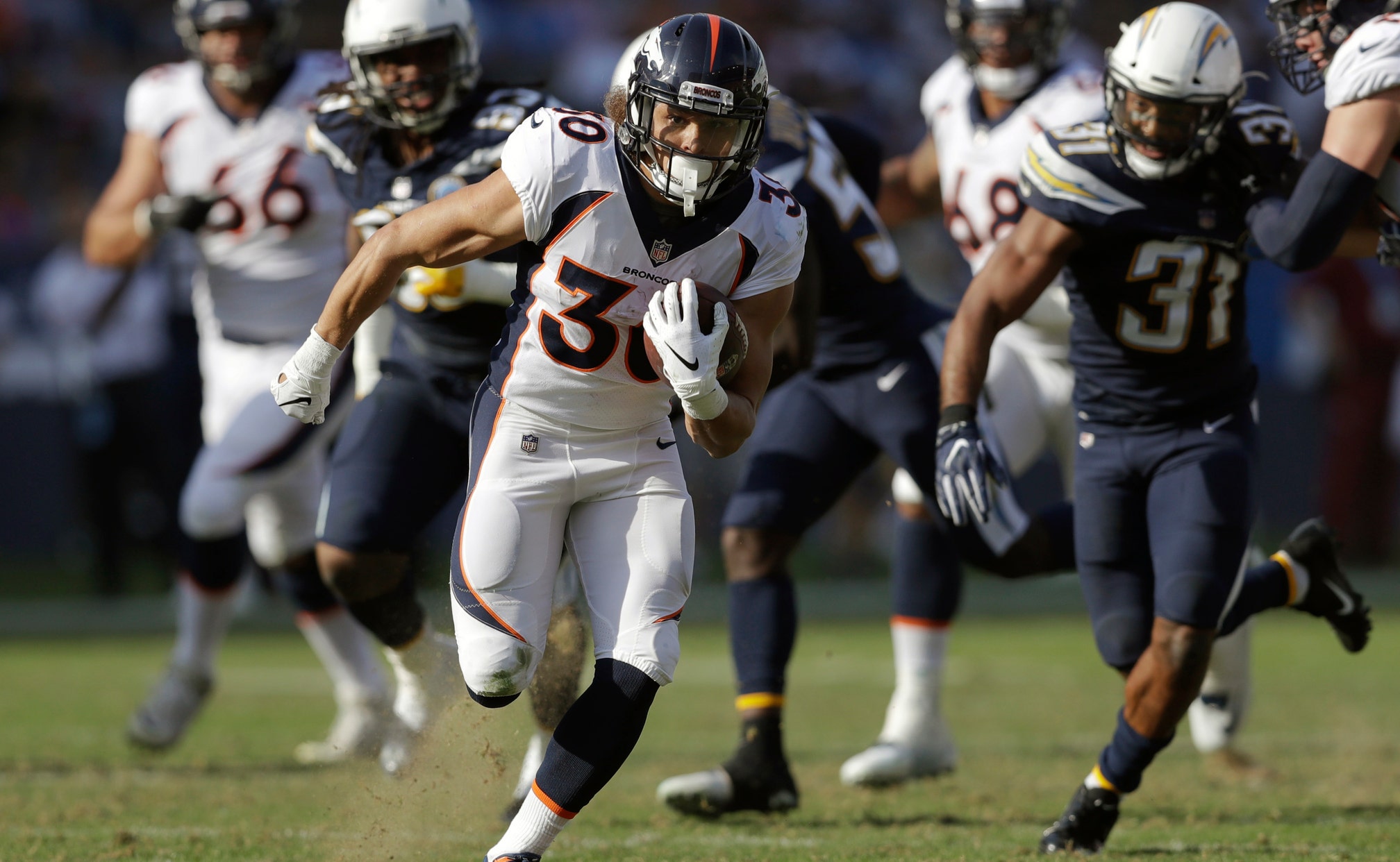 2019 NFL combine snubs can look to Lindsay for inspiration

DENVER (AP) — More than 330 of college football's finest players are gathering in Indianapolis this week for the NFL's annual combine, where they'll be poked and prodded, timed and tested, quizzed and questioned.

Not all the players who will get drafted in April are on the invite list.

The combine simply can't accommodate all worthy candidates, and some prospects will work their way into teams' draft plans via their impressive pro day performances or private team workouts in the coming weeks.

Emblematic of the inexact science of projecting which players will succeed in the pros is this: Super Bowl 53 featured 30 undrafted players on the rosters of the New England Patriots (16) and Los Angeles Rams (14).

More than a third of the 300-plus players invited to the combine last year didn't get drafted, whereas 38 players who weren't at the combine did.

Among them were P.J. Hall, a defensive tackle from Sam Houston State who was drafted by Oakland in the second round, and two players from Southern Miss: defensive back Tavarius Moore, a 49ers' third-rounder, and running back Ito Smith, a fourth-round selection by Atlanta.

The biggest snub last year was Colorado running back Phillip Lindsay , the first undrafted offensive rookie ever selected to the Pro Bowl.

Lindsay understandably has chips on both shoulders, one for going uninvited to the combine and the other for going undrafted altogether, and he figures one had plenty to do with the other.

"Oh yeah, it's disrespectful. But it fueled my fire and got me here to where I am today," Lindsay said. "Maybe I wasn't meant to go to the combine."

Miffed that John Elway had used a seventh-round selection on Arkansas running back David Williams, whose career numbers over four years with the Razorbacks didn't even add up to Lindsay's senior stats, the Colorado native nearly took the Baltimore Ravens' offer before calling back and accepting the Broncos' proposal.

"But I'm going to win the starting job," Lindsay added as he hung up on his new employer, vowing to beat out Williams, third-round pick Royce Freeman, incumbent Devontae Booker, and anyone else they would bring in.

At 5-foot-8, Lindsay was accustomed to the underdog role, so he was ready to put his immeasurable attributes such as desire and hustle up against anyone's bench press, 40-yard dash or vertical jump.

"We don't sit here and critique how they talk on TV, and a lot of time what they're talking about, it's stupid."

Lindsay rushed for 1,037 yards and nine touchdowns as a rookie. Only a wrist injury denied him a shot at breaking Dominic Rhodes' record of 1,104 yards for undrafted rookie running backs, set in 2001.

Lindsay is pulling for every one of them to have a rookie season like he did. He's proud to serve as an I-told-you-so example for all this year's snubs.

"For me, I would tell everybody that the combine's cute. It's something where you go and put some little pants on and let them weigh you and all that," Lindsay said. "Don't worry about it. If it's meant to be, it's meant to be. And that's it.

"There's nothing necessary about the combine. The combine's just something that somebody put together to ... I don't know. I wasn't part of the combine, so I couldn't tell you."