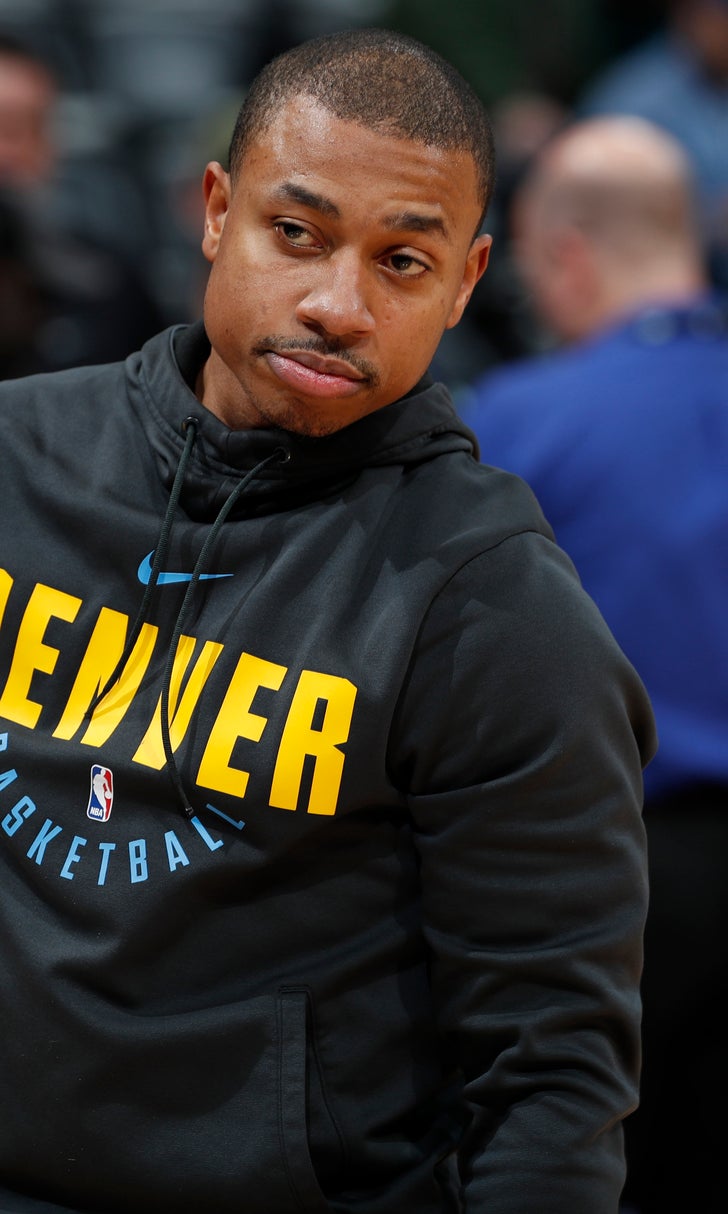 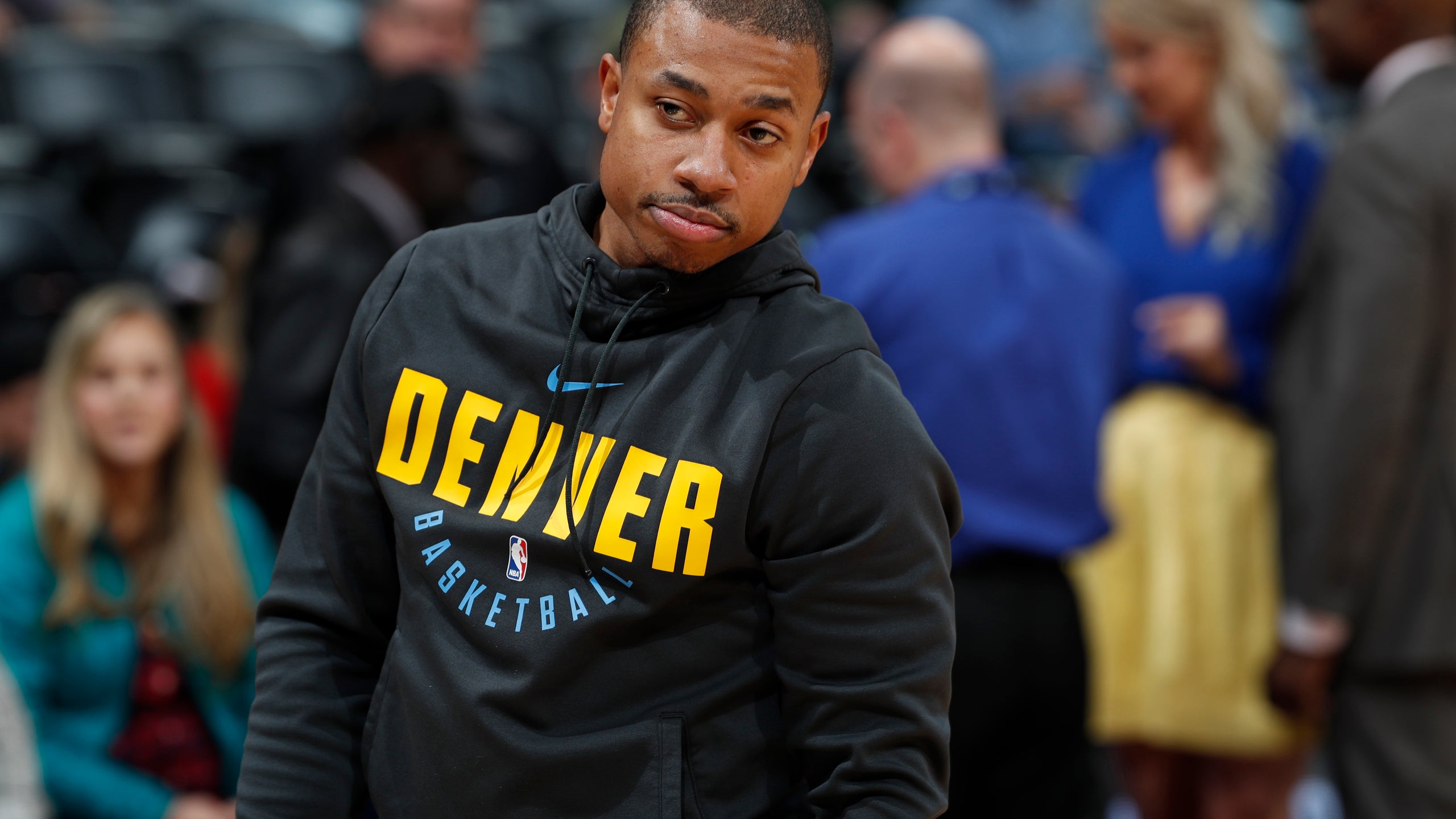 Thomas ready for any role as Nuggets make playoff push

DENVER (AP) — Only one game back on the court and Isaiah Thomas already began lobbying for an even broader role — to appear in the movie "Space Jam 2" starring LeBron James.

With filming set to start this summer , the Denver Nuggets point guard wants to be cast as the Muggsy Bogues character from the original picture featuring Michael Jordan.

But first, another script to act out: Helping the Nuggets produce a playoff run. With his surgically repaired hip finally healthy after 11 months, it's lights, cameras, and a return to action for Thomas . He sees his part as anything necessary to boost a Nuggets team that's currently No. 2 in the Western Conference thanks to the best start (39-18) in the franchise's NBA history.

"If you're trying to win, you're going to put your ego aside and your individual things aside and do what's best for this team," said Thomas , whose team returns from the All-Star break Friday in Dallas. "But I can help a lot."

There was a glimpse of that when Thomas made his Nuggets debut last week against Sacramento , scoring eight points — all in the third quarter — over 13 strong minutes. Even more, no lingering pain in the hip after the game.

Thomas underwent an arthroscopic procedure last March to fix his troublesome hip. The Nuggets signed him to a one-year deal in the offseason with the intention of giving him all the time he needed to fully recover.

Although sidelined, he became a vocal leader on a squad trying to make the postseason for the first time since 2012-13. He's always at the center of any good locker room debate.

"We have a great team where we're all communicating and all close to each other," point guard Jamal Murray said. "He's only going to help this team get better."

The 30-year-old Thomas plans on easing his way back into an expanded role. It's not an easy undertaking, though, for a player so used to going full throttle.

Thomas doesn't want to rock the boat or take the spotlight away from Monte Morris or Malik Beasley, two young players who figure to have their minutes reduced in the wake of Thomas' return. But Thomas knows he can be a big contributor, especially in the postseason.

He helped lift the Boston Celtics in the 2017 playoffs despite a problematic hip and a broken heart following his sister's death in a car crash.

On Wednesday, Thomas' part was to lead a lively 5-on-5 practice — with everyone healthy no less. The Nuggets have grown so accustomed to one player after another being out that having everyone back is a rare sight (although, Trey Lyles did hobble off the court). Gary Harris is expected to return at Dallas after being sidelined by a strained adductor.

"Everyone's stepped up in a big way," Murray said.

Now, it's Thomas' chance to take a turn.

"I'm just happy to have him," guard Will Barton said. "He brings a huge dynamic to our team."

Maybe one day to the silver screen as well.

Thomas playfully petitioned to be in "Space Jam 2," with James, instead of Jordan , joining forces with Bugs Bunny and the rest of the animated crew from Looney Tunes. The original version hit theaters in 1996 and featured the likes of Jordan, Larry Johnson, Shawn Bradley, Charles Barkley, Patrick Ewing and Bogues, which is the part the 5-foot-9 Thomas covets.

On social media, Thomas didn't mince words: "I'll be the Muggsy of this movie."

For now, his role is to help the Nuggets become a show stopper in the postseason.

"We do have a special team," Thomas said. "We can do special things."

Locked in the King's Castle
Defense wins championships. And on Thursday, The King proved to the world that he wants to win a title now more than ever.
September 25, 2020

Lakers Put Denver in Familiar Spot
For the third consecutive series, the Nuggets are in a 3-1 hole. Can they muster the energy to overcome The King & Co.?
September 25, 2020
those were the latest stories
Want to see more?
View All Stories
Fox Sports™ and © 2021 Fox Media LLC and Fox Sports Interactive Media, LLC. All rights reserved. Use of this website (including any and all parts and components) constitutes your acceptance of these Terms of Use and Updated Privacy Policy. Advertising Choices. Do Not Sell my Personal Info