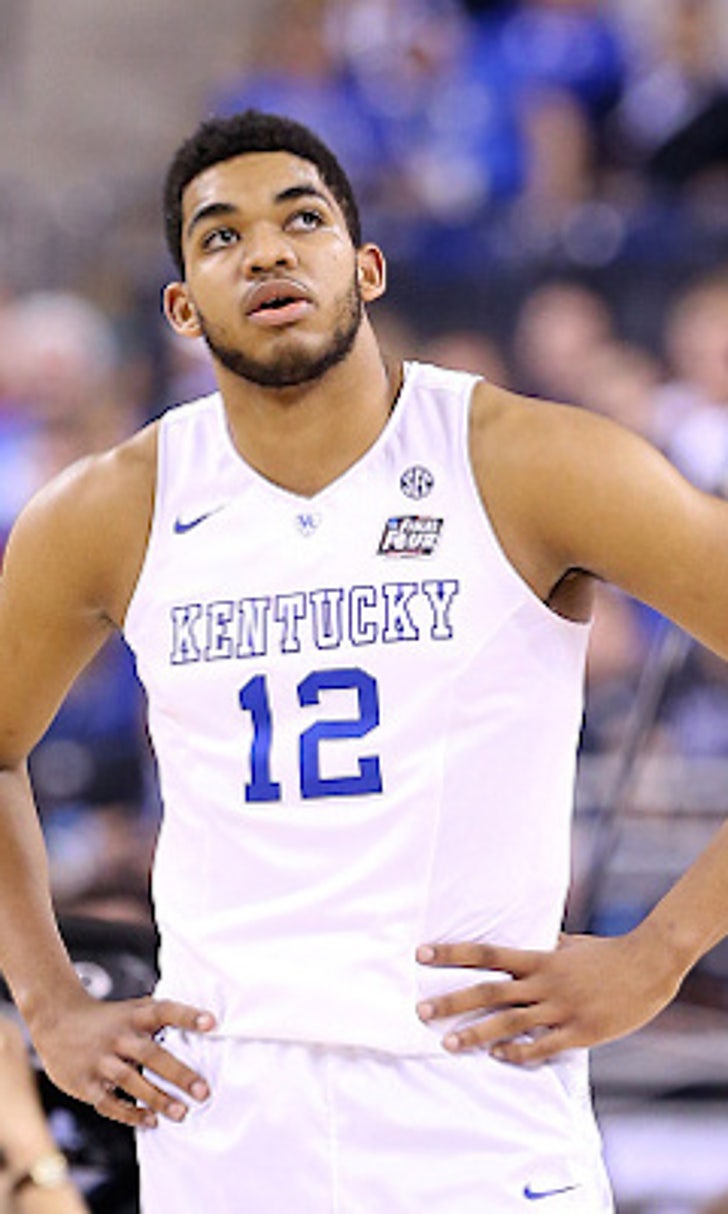 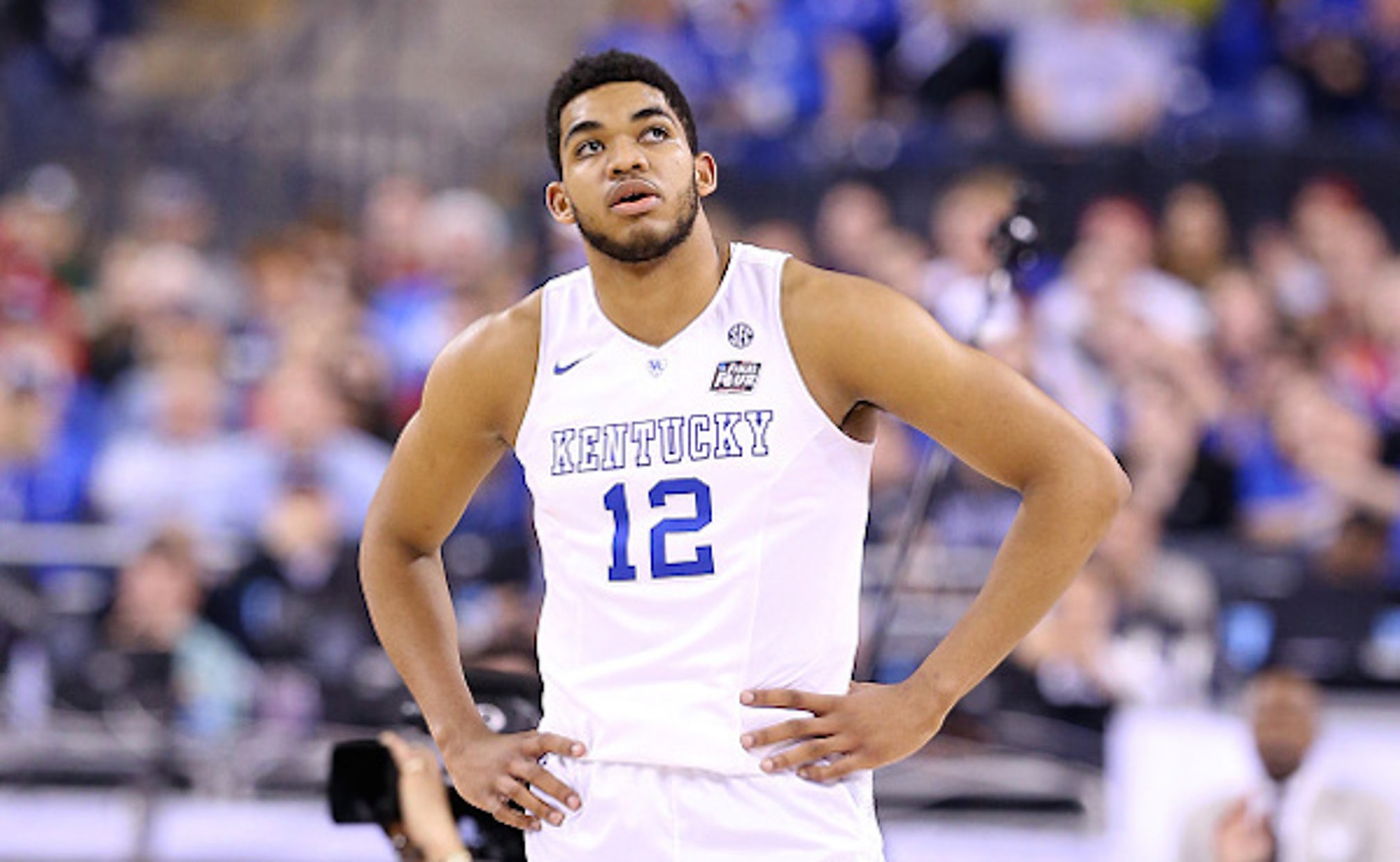 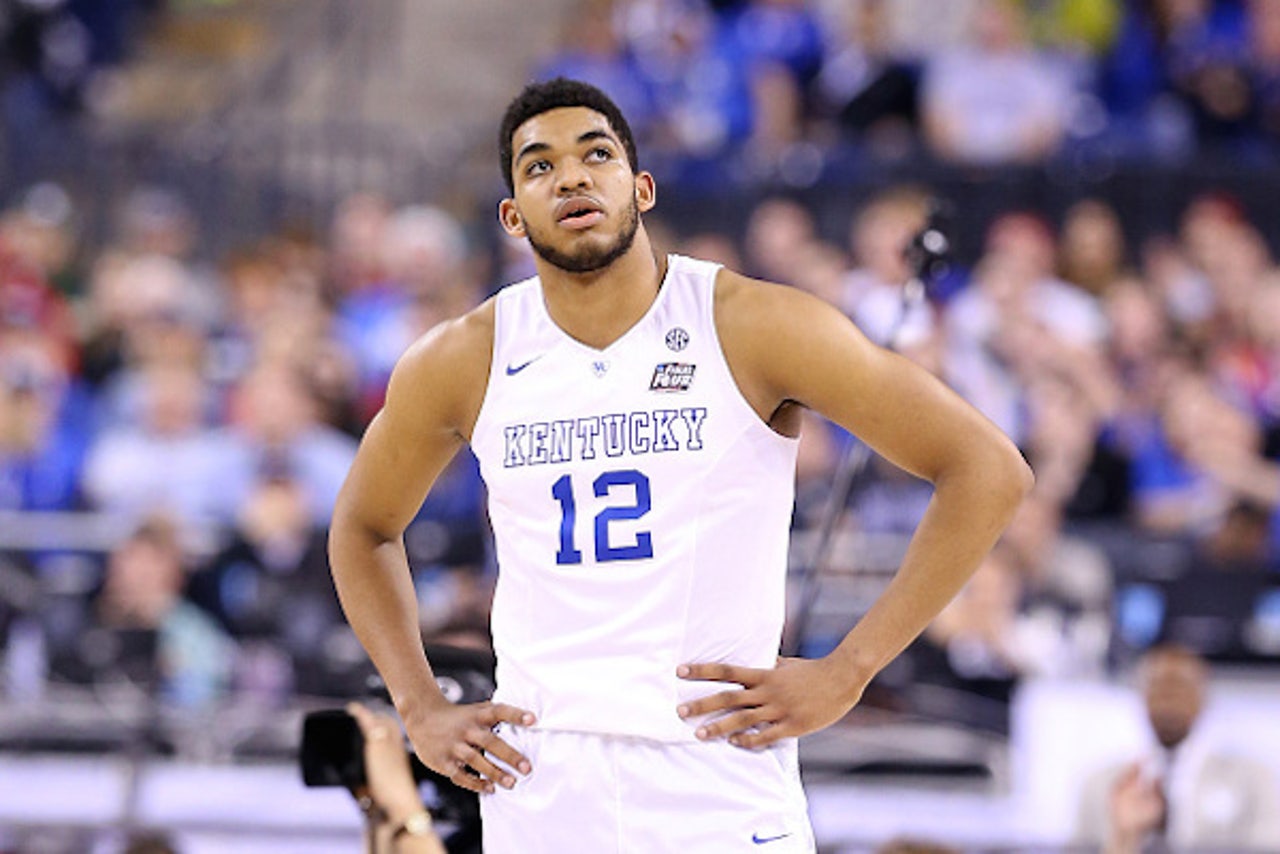 We are just under two months away from the NBA Draft, and more importantly the deadline for players to enter their names into the Draft early has passed, so this is as good of a time as any for a first NBA Draft big board. Please note this is a ranking and not a mock draft. Mock draft(s) won’t be released until the lottery order has been set.

One other note: this big board won’t have guys I haven’t seen play a lot, so no Emmanuel Mudiay (China), no Mario Hezonja (Spain) and no Kristaps Porzingis (Spain). I am familiar with their games through reading about them and watching video, but that doesn’t beat watching them actually play in games in my opinion. I will be sure to include them in the mock, however.

Towns really is the prototypical big man for the way the NBA is trending lately. He has a good, yet needs to develop, post up game, but can shoot from the outside, handle the ball, and is a good passer. Defensively, he was one of the best shot blockers in the country and a very good rebounder as well. Because Towns has been able to overpower most people in the post, he hasn’t had to develop many counter moves yet, but I think that will come in time given his basketball IQ.

Okafor struggled a bit in the NCAA Tournament, and especially in the Final Four, but still took over a quarter of Duke’s shots when he was playing and shot 66.7 percent on twos. Offensively, he can do it all: he has a jumper off the glass, he can overpower people in the post, spin around them, score off a jump hook, or off an up-and-under. His only hole offensively seems to be his free throw shooting, as Okafor shot just 51.1 percent from the line.

Defensively is another story. Okafor isn’t very explosive, which resulted in a poor block percentage and poor defensive rebounding. He also was abysmal at times in pick-and-roll defense. Of the three, I’m most optimistic about the pick-and-roll stuff. It’s likely that he hasn’t ever really been taught how to defend, and it’s also likely that Duke didn’t want him getting into foul trouble so they were fine with him playing a bit of "Ole" defense. The rim protection and rebounding might not ever come, but even so Okafor appears to be headed for a future as a very valuable player.

This is probably higher than anyone else has Johnson, but he seems guaranteed to be a very good NBA player. Johnson came in and led a top 5 team offensively, and was a very good perimeter defender to boot. Johnson shot 48 percent from two and 37 percent from three last year, and was a good defensive rebounder as well. Standing 6-foot-8, Johnson has almost a seven-foot reach, and he has a lighting first step, which is going to be hell for opposing guards to deal with once he improves even more.

One cause for concern is that Johnson was a poor shooter before getting to Arizona. While he doesn’t need to make 37 percent of his threes to be valuable in the NBA, he will have to shoot a decent percentage, if for no other reason than it will enable him to get to the basket more easily. Given how effectively he added a floater to his game, though, I think he’ll be able to figure out his shot in the league.

Russell struggled a bit against tougher competition, but he dragged a not very good Ohio State team to the second round of the tournament, and did so while efficiently carrying the load for the Buckeyes. Russell shot 48 percent from two, 41 percent from three, and had a 13 percent gap between his assist rate and turnover rate. He’ll have to add a few pounds to his frame, but his size (6-foot-5) should help in that he can share a backcourt with a lot of different types of players.

Russell isn’t terribly athletic, but has a great feel for the game, is a very good passer, and a very good outside shooter which will help his ability to get into the lane. It’s fair to be worried about his lack of athleticism, especially on the defensive end of the floor, but his shooting ability and basketball IQ will help him adjust to the NBA game.

Turner had a bit of an up and down season at times in Austin, but he remains a tantalizing NBA prospect for a few reasons. First, he stands 6-foot-11 and was a very good defender, posting the 13th best block percentage and 31st best defensive rebounding percentage in the entire country last season. Secondly, Turner scored very efficiently inside (51 percent) and showed the ability to score from outside, though he shot just 27 percent on threes. He has a nice turnaround jumper and shot just under 84 percent from the free throw line, both solid signs that his shot from the outside could improve in the league.

Turner struggled against Texas’s better opponents all season, but showed that he has NBA ability in terms of rim protection and rebounding, plus an improving jump shot that could turn him into at best a versatile scorer who can also defend, and at worst a solid defender who will not be a negative offensively.

Winslow came on in the NCAA Tournament in leading Duke to the championship, and showed why NBA scouts have known his name for a few years now. He’s won gold medals in international competition with USA Basketball before, and with the title with Duke Winslow is developing a reputation as a winner.

He wasn’t really known as a 3-point shooter but shot 41 percent beyond the arc last season, and he is quick enough to get into the lane. If his 3-point shooting is for real, he can probably be a good second option in the NBA, although he hasn’t even had to be that yet in his career.

Defensively is where Winslow really shined last year, showing that he could stay in front of smaller guys and showing that he was able to keep bigger guys from posting him up. He was a pretty good rebounder as well, but even his floor seems to be that of a very good 3-and-D guy, which is increasingly valuable in today’s NBA.

Cauley-Stein is perhaps the guy who most benefits from the NBA’s latest obsession: guys who can switch and guard anybody on defense. With how well he guarded Notre Dame’s Jerian Grant all the way down the floor in the Irish’s last possession of the teams’ Elite 8 matchup, it’s not hard to see Cauley-Stein being deployed as some sort of super defender who can guard all five positions.

Cauley-Stein posted “just” a 7.8 percent block percentage last year, a far cry from the 12.3 percent of his sophomore year, but a lot of that was how the Wildcats deployed him: with the number of rim protectors the team had behind him, they let him guard out on the perimeter and switch onto smaller guards, whom he overwhelmed with his size.

His two drawbacks are his age and lack of offensive skill. Already 21 years old, Cauley-Stein will turn 22 before his first NBA season, and he hasn’t really improved his offensive game in three years in Lexington. He’s a poor shooter and not a great screener, but I’m guessing that will improve as he gets NBA coaching, and he could have some value rolling to the rim, off offensive rebounds, and in transition where he was deadly in college.

Oubre played sparingly for the Jayhawks in the early going, but he came on strong later in the year, often sharing duties guarding the opposition’s best offensive player, and playing pretty good offense himself.

Oubre shot 50 percent from two and 36 percent from three in Big 12 play, though his sling-shotty shooting form led to some inconsistencies, and will do so at the NBA level unless it gets tweaked. More importantly, though, Oubre was great at getting into passing lanes, poking the ball away from ball handlers, and was Kansas’s best defensive rebounder in conference play.

Oubre is extremely long, with a wingspan of roughly 7-foot-1, and has one of the larger gaps between ceiling and floor of anyone in this class. If he improves his shot and his ball-handling, and gives max effort every possession, his ceiling is roughly the same as Stanley Johnson’s. However, if he remains left-hand dominant and struggles with his shot consistency, he might resemble the new, crappy version of Matt Barnes.

The oldest player who will go in the lottery, Kaminsky is a better than you think athlete who will definitely find a role in today’s NBA. He showed very well against Kentucky, one of the best defensive teams in college basketball history, in the Final Four, and is a very versatile player who will find his niche at the next level. Kaminsky shot 41.5 percent on 3-pointers last season, and 58 percent from two for his career, and he did so via pick-and-pop, creating off the dribble, and scoring in the post. He’s a really smart player as well, with an assist rate of 18 percent and turnover rate of just 11 percent last season.

Defensively there are obviously some question marks, as he struggled a bit both in the post and on the perimeter in college, and this will only be exacerbated in the NBA. He rebounded well his senior season, and if he can improve his pick and roll defense he will be able to provide a lot of value to an NBA team.

Not one of the more heralded players of last year’s Kentucky team, Lyles nonetheless showed he is a tantalizing NBA Draft prospect. He shot 54 percent on twos and 56 percent on twos in SEC play, and showed ability on the offensive glass as well. He’s not a very good shooter yet, as he shot just 37 percent on jumpers, but he shot almost 75 percent from the free-throw line which seems to signal the ability to hit a jumper is there somewhere.

The big knock on Lyles is defensively, as he is not a very good rim protector or rebounder, but he has a huge wingspan and I think he’ll be able to improve his athleticism a bit once he gets on an NBA diet and workout routine. This is a case where I think his size and length will win out over some of the other concerns in his game.

LaVar Talks His Stuff at Club Shay Shay
LaVar Ball stopped by the club to talk LaMelo being drafted, his three sons playing together, and going one-on-one with MJ.
1 hour ago

NBA Free Agency Tracker
The NBA free agency period is officially underway. Stay up to date with all the latest moves across the Association!
5 hours ago