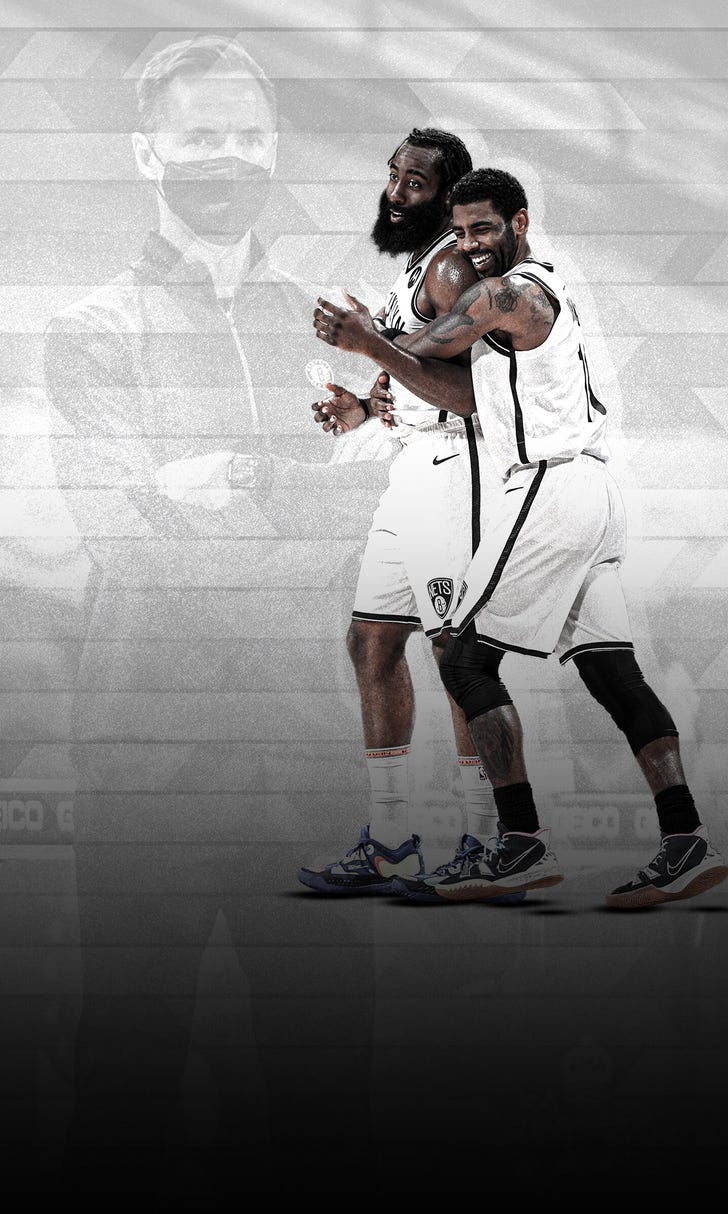 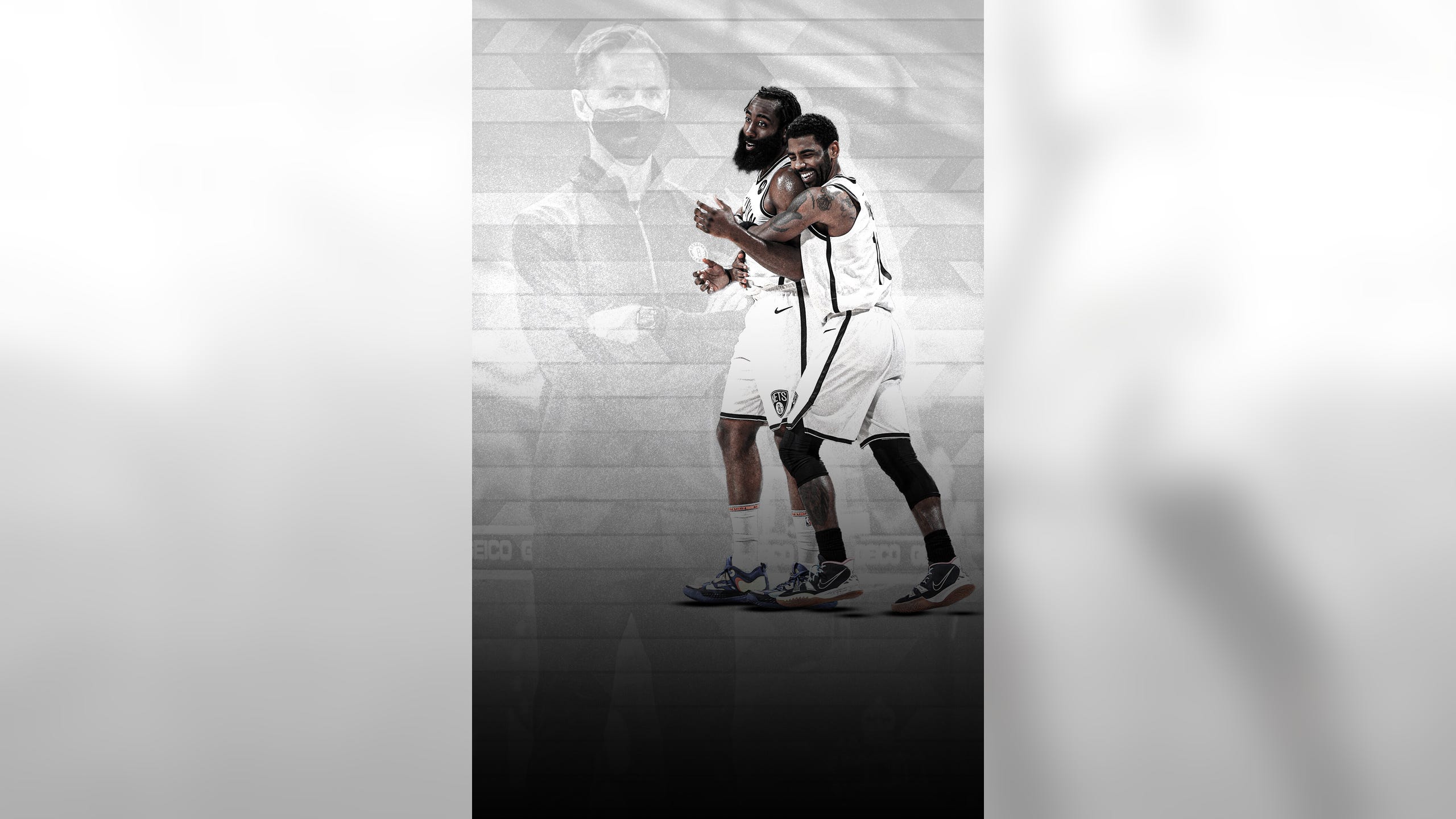 A month removed from an earth-shattering trade, roles in Brooklyn are starting to crystallize.

When the Brooklyn Nets acquired James Harden on Jan. 14, questions immediately began to be asked about how he'd fit in alongside Kevin Durant and Kyrie Irving.

While the Nets are a good-but-not-great 9-6 since the Harden trade ⁠— and the trio has been on the floor together for only eight of those contests ⁠— one major uncertainty has been settled: Harden is the team's point guard.

Irving revealed as much Saturday following Brooklyn's 134-117 win against the Golden State Warriors, detailing a conversation the duo had days before that win.

Irving elaborated on the discussion Sunday, saying it wasn't as big of a deal as it might seem from the outside.

"We looked at each other in agreement, and he was like, 'OK, I'm the point guard. You're the shooting guard,' and we just moved on."

With 16 assists against the Warriors, Harden doled out the most dimes he has had as a member of the Nets, so it was fitting that Irving made the delineation.

Irving is listed as a point guard, but Harden has largely filled the role of facilitator since his move to Brooklyn.

Prior to the trade, Irving averaged 6.1 assists in seven games for the Nets. With Harden in the fold, that number has dipped to 5.6.

Irving's scoring totals have jumped slightly in that span, from 27.1 to 27.9 points per game. 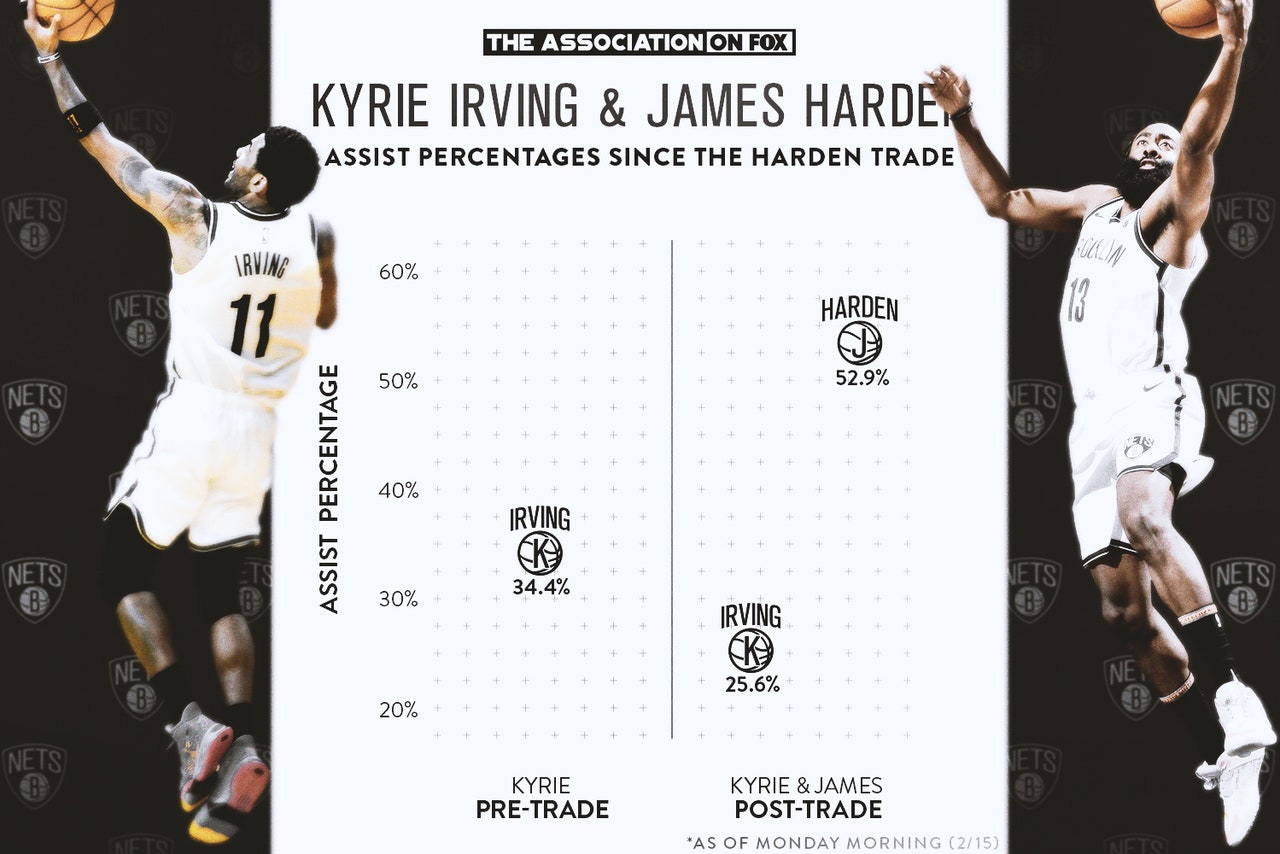 Harden, meanwhile, averaged 10.4 assists in eight games with the Houston Rockets to start the season.

In 14 games with Brooklyn, he's dealing 11.6 assists per game, though his scoring numbers have dropped.

To the casual observer, it would seem that the role of point guard has fallen to Harden by default, not necessarily by decree.

Not in Shannon Sharpe's eyes.

Skip Bayless echoed the thoughts of his "Undisputed" co-host.

"His whole ego and focus is just a little out of whack, and it could be the undoing of this team on both ends of the floor. ... He wants to run the show, literally, as an executive and a player. ... Steve Nash already told [James Harden] he's the point guard ... you get it."

But If Irving wanted to make the decision seem like it was his idea, former NBA All-Star Antoine Walker doesn't see the concession as a major issue.

In fact, Walker said he believes it's a "great move" for Irving to defer to a ball-dominant running mate ⁠— similar to what he did while playing alongside LeBron James.

The Nets are more than one-third of the way through the NBA's shortened, 72-game season, and they are still working out the hiccups with their trio of superstars.

Good things could be coming in the future, though, as FOX Bet has Brooklyn as the second-favorite team to win the title, at +360.

No word yet on if Irving has anything to say about that.

Ball in the Family
The Ball brothers are taking the NBA by storm this season, with each reaching a new level of success in the month of February.
11 hours ago