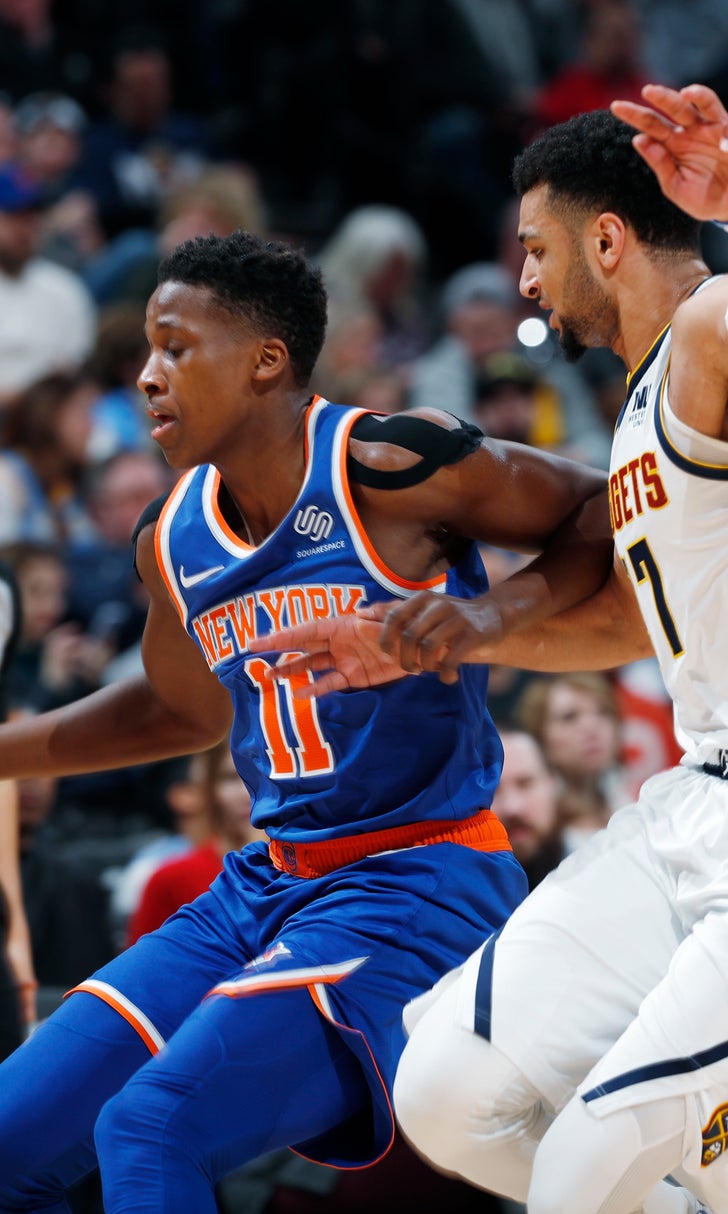 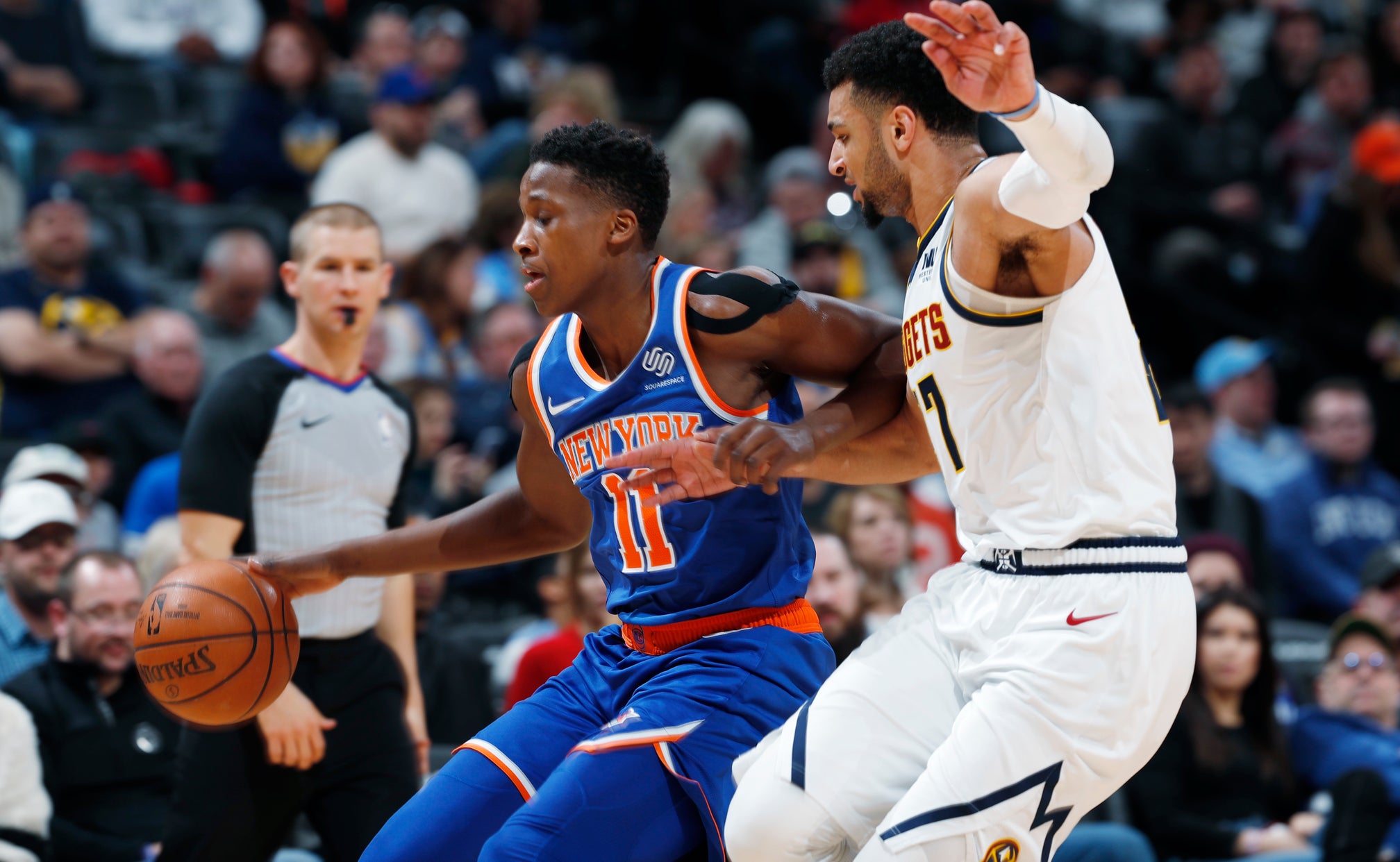 He bounced a rebound off a player as he's falling out of bounds and later delivered a no-look pass that completely froze a defender. He also finished with a triple-double.

"Another day at the office," Gary Harris said. "That's what he does. It's one of those days again."

Jokic had 19 points, 14 rebounds and 15 assists, including that late no-look pass to wrap things up, as the Denver Nuggets kept right on rolling by beating the New York Knicks 115-108 on Tuesday night for their ninth straight home victory.

It was the Jokic Show with the 7-footer posting his third triple-double of the season. Jokic did a little bit of everything, including a heads-up play with 1:21 left and Denver leading 111-105. He grabbed a rebound and threw it off the back of Tim Hardaway Jr. as he was tumbling out of bounds. With about 30 seconds left, Jokic delivered a no-look pass to Malik Beasley to seal the win.

Does anything surprise the Nuggets when it comes to him?

As for the "M-V-P" chants at the end of the game, Jokic definitely heard them and appreciated the support.

In the old days, this sort of game would've been a trap for the Nuggets. They were facing a struggling Knicks team that was coming off a 32-point loss in Utah last Saturday. But on a night when the defense faltered at times, the Western Conference-leading Nuggets found a way to pull it out.

"As a young team, we accepted the challenge and got better tonight," Paul Millsap said.

Denver has knocked off the Knicks 11 straight times at the Pepsi Center. It was far from easy, though, with the Nuggets needing a big 3-pointer from Jokic with 2:55 remaining to finally gain some separation. The Knicks have lost eight in a row.

"We competed. We competed hard," Knicks guard Emmanuel Mudiay said. "We had a chance, but we didn't get it."

Luke Kornet led the Knicks with 19 points, while reserve Enes Kanter scored 17 points and grabbed 12 points. Kanter recently voiced his displeasure about his role with the Knicks.

"I'm very sad seeing my teammates out there losing," Kanter explained. "I hate losing, man. I'm not going to accept losing. Every time I'm out there I'm trying my best to get a win."

The Nuggets are steadily getting back to health. They had Harris on the court after he missed 11 games with a hip injury. Over the weekend, Millsap returned to the court from a broken toe. Millsap had 16 points against the Knicks.

Before the game, Nuggets coach Michael Malone expressed concern over Denver's defensive intensity of late. The Nuggets tightened things up in the second half after falling behind by as many as 10 points in the second quarter.

"I'd much rather learn, teach, clean up after ugly wins than I would after tough losses," Malone said. "That's the positive. We're finding ways to win when maybe we're not playing our 'A' game."

Nuggets: The only starter now missing is Will Barton, who's getting closer to a return after surgery to repair a hip/core muscle injury. ... G Torrey Craig scored 13.

Mudiay scored 15 points against the team that selected him seventh overall in the 2015 draft. The Nuggets dealt him to the Knicks last February.

"That's one of my good friends," Harris said. "I'm happy to see his success in New York."

Although a popular basketball site lists Malone's birthday as Jan. 1, 1971, he insisted it was not his birthday.

"Somebody else sent me a random text of happy birthday," Malone said. "It's a mystery. Don't believe everything you read."

Asked when his birthday was, Malone joked: "You writing a book?"

Knicks: Stop No. 4 on their six-game trip will be Friday in Los Angeles against the Lakers.

Nuggets: At Sacramento on Thursday.