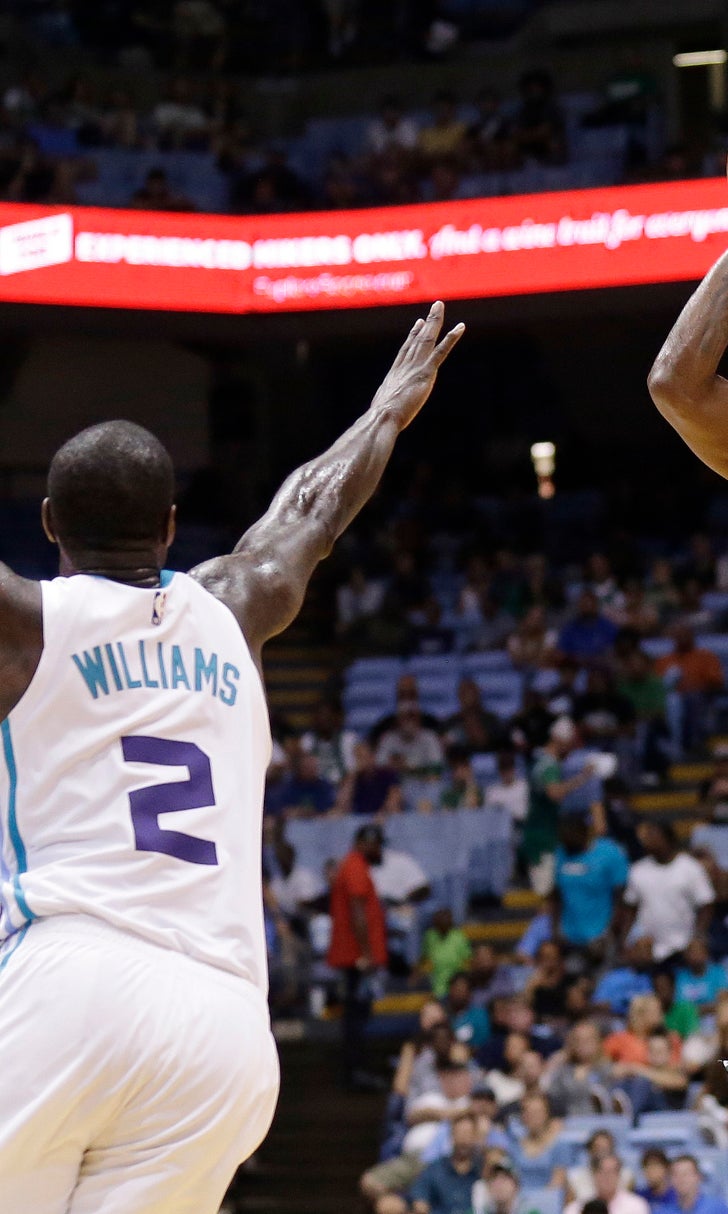 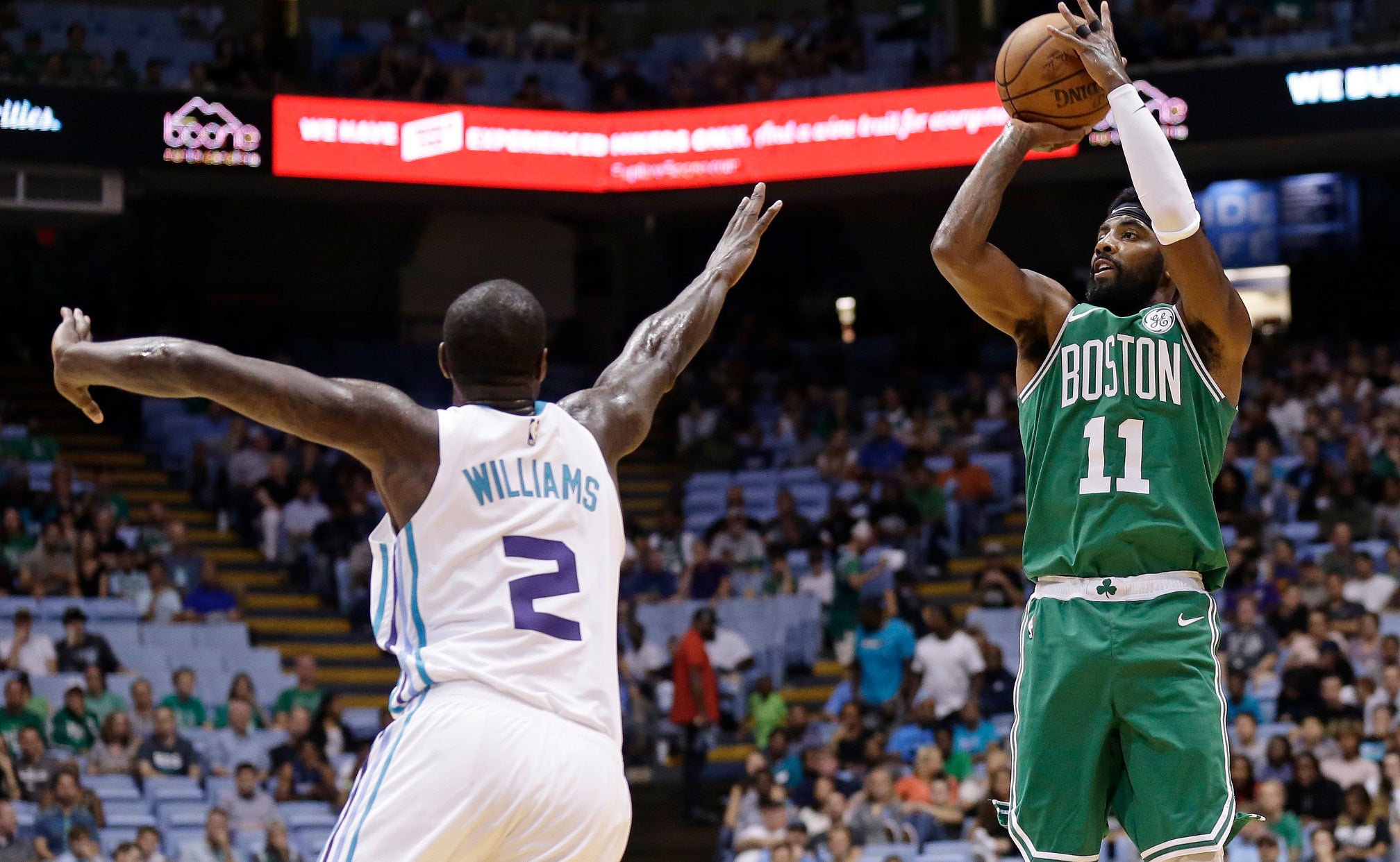 CHAPEL HILL, N.C. (AP) — Gordon Hayward finally returned to the court, and Kyrie Irving got to play at North Carolina.

Hayward scored 10 points in his first game in nearly a year for the Boston Celtics, who fell to the Charlotte Hornets 104-97 on Friday night — the opening night of the NBA preseason schedule.

"Been waiting a long time to lace back up and get out there with the guys," Hayward said.

It was Hayward's first time in a game since Oct. 17, when he broke his fibula and dislocated his ankle about five minutes into the Celtics' regular season opener at Cleveland. Irving played his lone college season at Duke in 2010-11, but was limited to 11 games that season by injury and never played against North Carolina — the Blue Devils' biggest rival.

Hayward's first points came when he grabbed an offensive rebound in transition early in the opening quarter and scored easily. He finished 2 for 7 from the field, playing about 23 minutes.

Irving played for the first time since March 11, when his 2017-18 season ended with a knee issue. He finished with nine points.

A look at Friday's games:

Charlotte outscored Boston 59-37 in the second half, giving new Hornets coach James Borrego a win in his exhibition debut.

Jeremy Lamb scored 15 for Charlotte, which finished with seven players in double figures. Jaylen Brown scored 14 points and Marcus Morris had 12 for the Celtics.

The game was played before a crowd of more than 18,000 inside the Dean E. Smith Center at North Carolina, a place that carries obvious significance to many members of the Hornets organization — such as owner Michael Jordan, general manager Mitch Kupchak and Hornets wing Marvin Williams.

"It really is a special moment," Williams said. "It's been a great week."

CELTICS: Boston led by as many as 20 points in the first half. The Celtics used 15 players and 13 of them attempted at least one 3-pointer, and Brad Stevens' club finished 9 of 47 from beyond the arc.

HORNETS: Tony Parker made his debut with Charlotte, after 17 seasons in San Antonio. He was scoreless in 9:09 of playing time, missing all three of his shots. Cody Zeller scored 13 points and Kemba Walker scored 12 for the Hornets.

UP NEXT: The teams meet again Sunday in Boston.

Philadelphia's Ben Simmons, last season's rookie of the year and a native of Australia, had eight points, eight rebounds and 14 assists against the team that his father David starred for from 1989 through 1996.

"It was a lot of fun, getting back onto the court, getting a feel for the game again," Simmons said.

Former 76ers guard Casper Ware scored 19 points for Melbourne United, albeit on 6 for 22 shooting. Alex Pledger finished with 19 points and 13 rebounds for United.

UNITED: The first points of the NBA preseason were not scored by an NBA player. Chris Goulding, who did have a couple of summer league stints with Cleveland and Dallas in 2013 and 2014, opened the scoring with a 3-pointer. Besides the Simmons family connection, there were plenty of ties between the clubs — including Philadelphia coach Brett Brown, who spent 17 years in Australia and worked with United coach Dean Vickerman.

UP NEXT: Philadelphia plays host to Orlando on Monday. Melbourne United completes its two-game NBA swing at Toronto on Oct. 5.