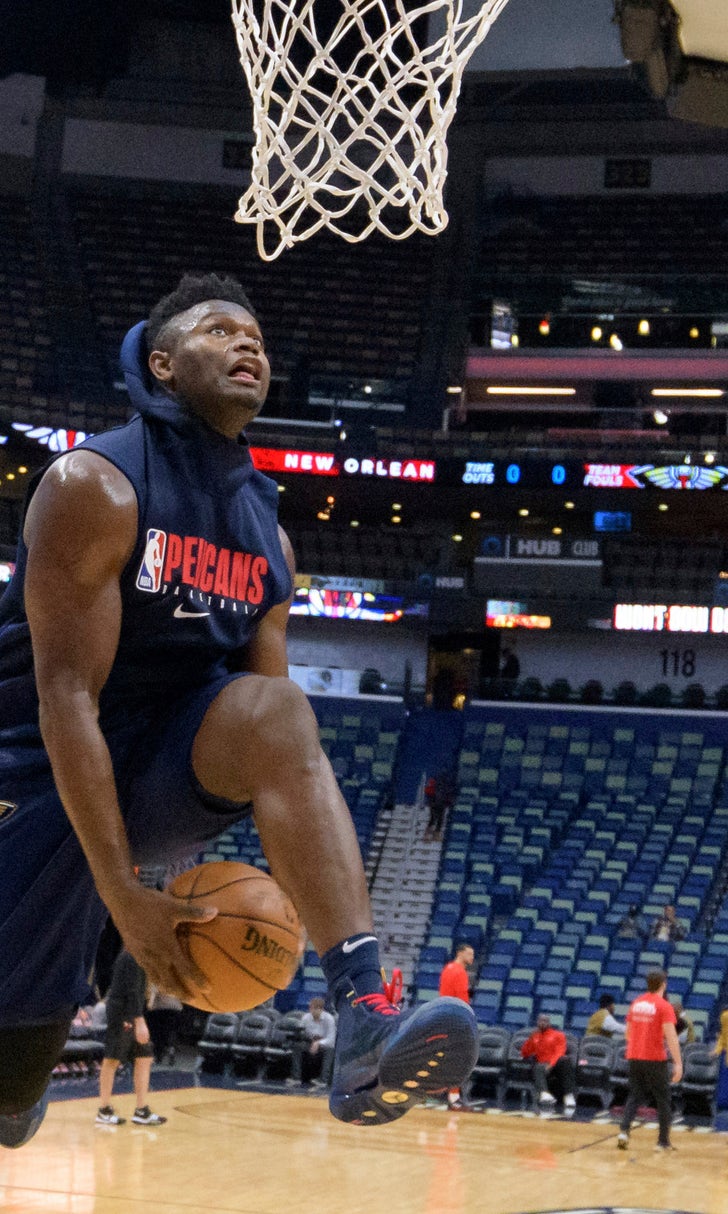 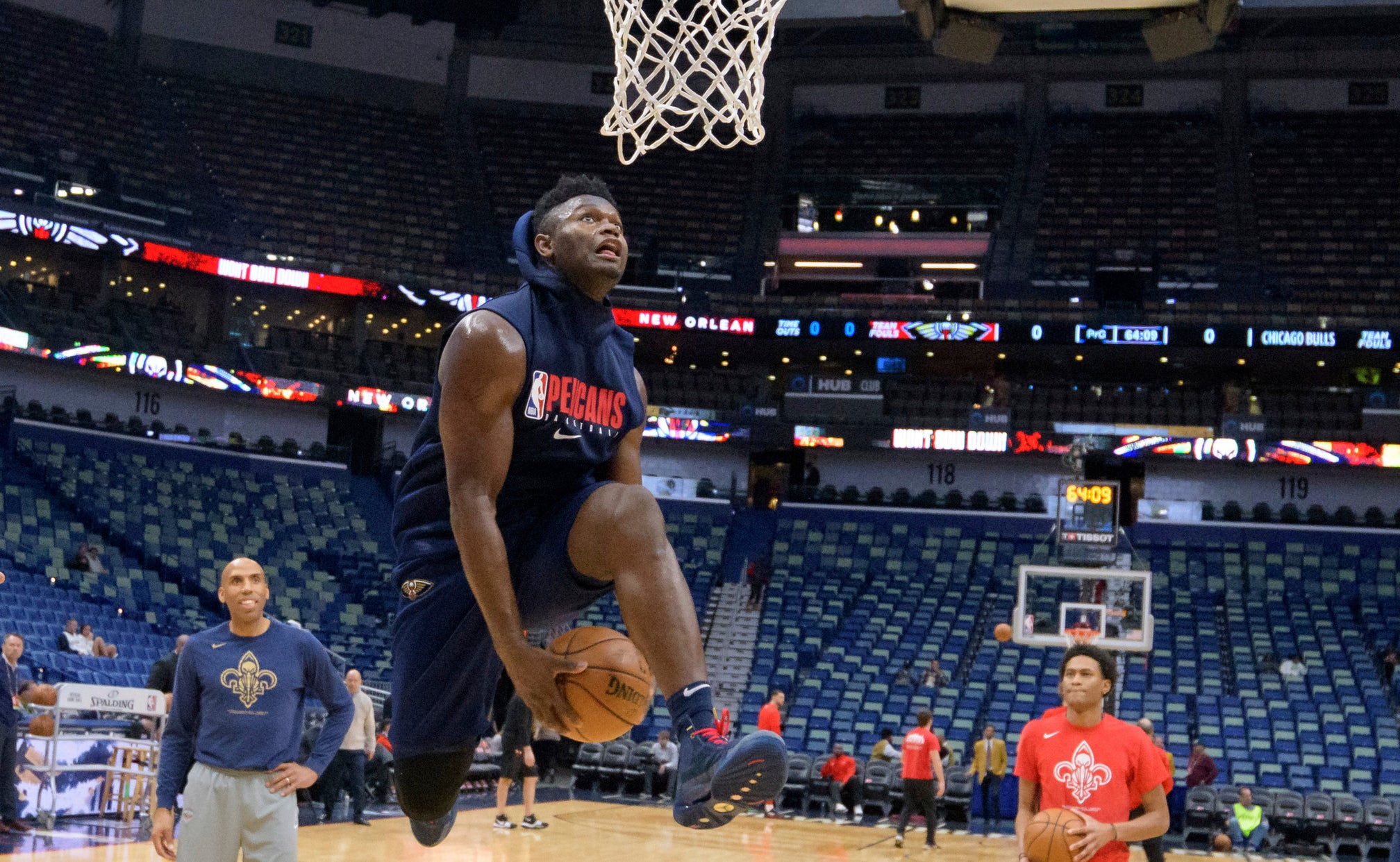 “Everything's moving in the right direction,” Griffin said. “I really believe very strongly he is a radically improved physical version of himself in way that frankly we took the extra time to ensure.”

The former Duke star has missed New Orleans’ first 41 games this season while rehabilitating from arthroscopic surgery to repair the lateral meniscus in his right knee. The timeline set for his return calls for him to miss three more games, starting with Thursday night's home game against Utah.

Griffin also indicated that Williamson's minutes will be closely monitored and likely limited for the time being.

The Pelicans have gone 15-26 without Williamson, but have won nine of their last 13 to pull within four games of the final Western Conference playoff spot with half the season left.

The 6-foot-6, 285-pound Williamson is relatively heavy for an NBA player, never mind one who moves well and often soars above the rim for the kind of dunks that have made him an internet sensation since high school in Spartanburg, South Carolina. The purpose of his mid-October surgery was to repair cartilage that serves as natural padding in the knee joint. So the club has taken a cautious approach to his rehabilitation in hopes of minimizing the possibility of a setback.

Williamson returned to practice on Jan. 2 and more recently has been seen dunking during Pelicans pre-game warm-up sessions.

Williamson played in four preseason games before his injury, averaging 23.3 points and 6.5 rebounds. He had surgery in mid-October.

He averaged 22.6 points per game at Duke during the 2018-19 season and also was voted to the ACC’s All-Defensive Team after averaging 8.9 rebounds, 2.12 steals and 1.8 blocked shots per game.

Have Rings, Will Travel
After helping the Lakers win the title, Danny Green spoke to FOX Sports' Melissa Rohlin about being traded to Philly and his NBA journey.
6 hours ago