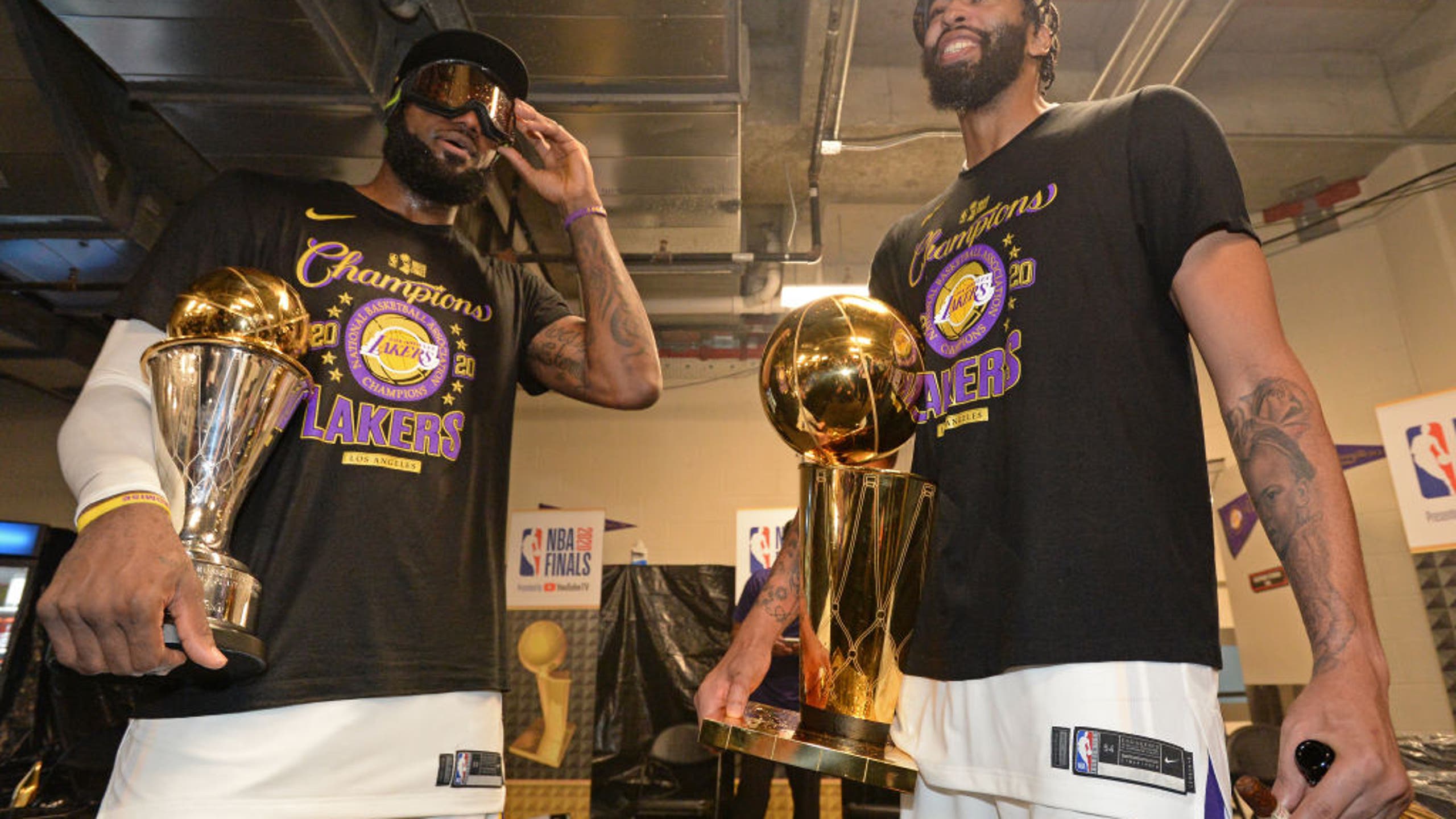 It sent a powerful message.

Two of the biggest superstars in the league made a strong commitment to the Lakers, one that showed their deep trust in each other and the franchise.

LeBron James, who turns 36 at the end of the month, agreed to a two-year, $85 million contract extension on Wednesday, one that will take him through the 2022-23 season and near the age of 40.

Less than 24 hours later, early Thursday morning, news broke that Davis agreed to a five-year, $190 million contract with the Lakers.

In a league where superstar teammates are regularly butting heads, unhappy, and skittish, James and Davis showed that they weren't just reciting platitudes when they talked about their deep mutual respect for one another and the franchise.

They meant it. And it worked from the beginning.

Coach Frank Vogel – who was viewed as a second-choice hire and drew widespread skepticism over whether he'd be able to manage the superstars – quickly earned their trust. James called himself "an extension of his mind" on the court. And Davis praised him for his tireless work ethic, his bluntness and his willingness to listen.

But everything ultimately came down to the King and AD.

Why did their personalities mesh so well, while other duos have so publicly collapsed?

"We're not jealous of each other," James said in October.

"We hold each other accountable," Davis added.

They immediately built a genuine friendship. They invited each other into their homes for meals alongside their families. They waited for each other to get dressed after games, sometimes discussing what bottle of wine they were going to share later that evening as they walked out of the locker room together.

And on the court, they shared the responsibility, picked up each other's slack, and rooted for each other.

James genuinely wanted the 27-year-old Davis – who had never made it past the second round of the playoffs – to experience what it feels like to win a championship. After the Lakers clinched the Western Conference Finals for the first time since 2010, many things flashed through James' mind, among them, how happy he was for his teammate.

Whenever Davis struggled during the postseason, James assuaged his angst by pointing out that it was just one game. James knew when to hound him and when to give him space, joking that he'd use Davis' famous unibrow as a guide.

If it hung low, he wanted to be left alone.

Meanwhile, Davis felt comfortable always speaking up. He'd call James out on mistakes he made during games or film sessions. There was an openness, a trust, a fair give and take.

And when they didn't see eye-to-eye, they hashed it out and then let it go. For example, during Game 2 of the NBA Finals against the Miami Heat, frustrations spilled over after the Heat cut an 18-point deficit to nine points.

"We do have our times where we do yell at each other and we do argue, but we know it's coming from a good place, so we get over it quickly and move on to the next play," Davis said after that game.

It's a healthy relationship, a model of sorts for teammates around the league who have let resentments, ego, and contempt blow up seasons and rare opportunities for success.

James and Davis made it work. And now, they've shown they're all in.

They're not leaving their options open, only keeping one foot in or allowing room for "what ifs."

They believe in what they've built.

And that's a scary thing for the rest of the league.

How to win $25,000 on NBA Wednesday
A possible NBA Finals preview looms, as the West's top team heads to Philadelphia to face the East's top dog.
6 hours ago

Still Holding Court
LeBron James put up 46 in his old stomping grounds on Monday night. Just how incredible has the King been this season?
10 hours ago

Sports World Honors Kobe And Gigi
On the one-year anniversary of the tragic deaths of Kobe and Gianna Bryant, here's how the sports world paid tribute.
10 hours ago

Remembering Kobe: His Legacy Lives On
The Lakers organization still struggles with the loss of Kobe Bryant. But his legacy inspires them on a nightly basis.
12 hours ago
those were the latest stories
Want to see more?
View All Stories
Fox Sports™ and © 2021 Fox Media LLC and Fox Sports Interactive Media, LLC. All rights reserved. Use of this website (including any and all parts and components) constitutes your acceptance of these Terms of Use and Updated Privacy Policy. Advertising Choices. Do Not Sell my Personal Info