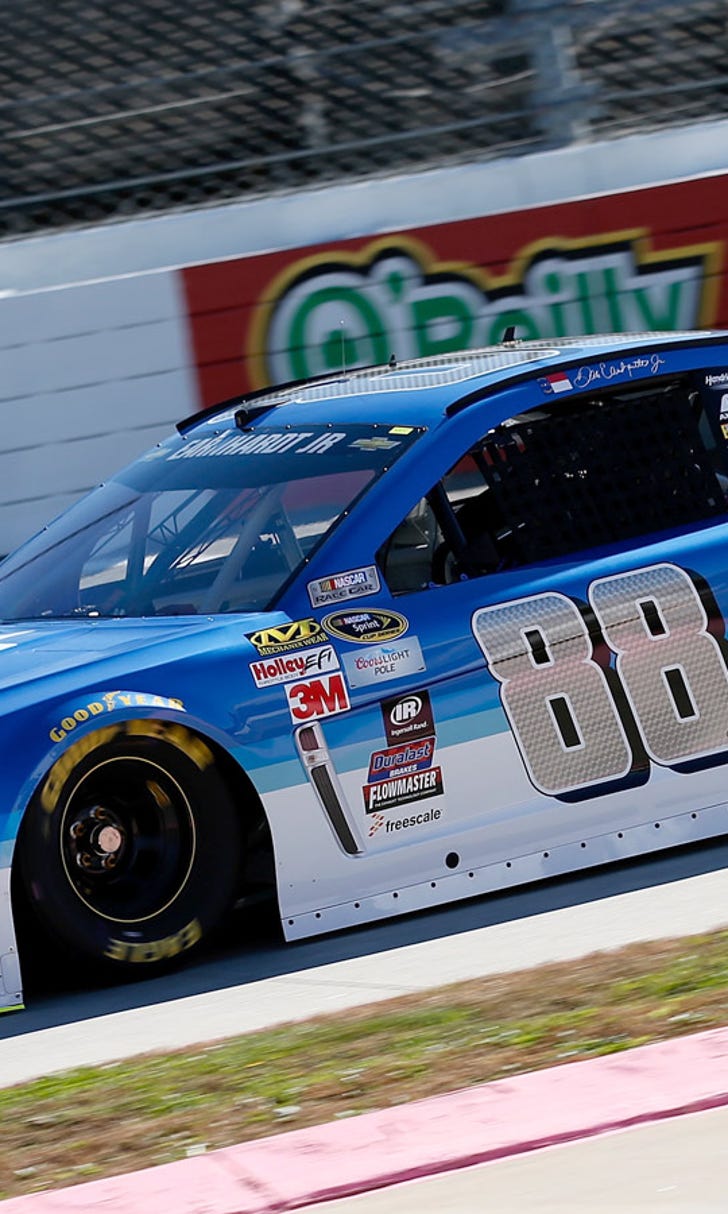 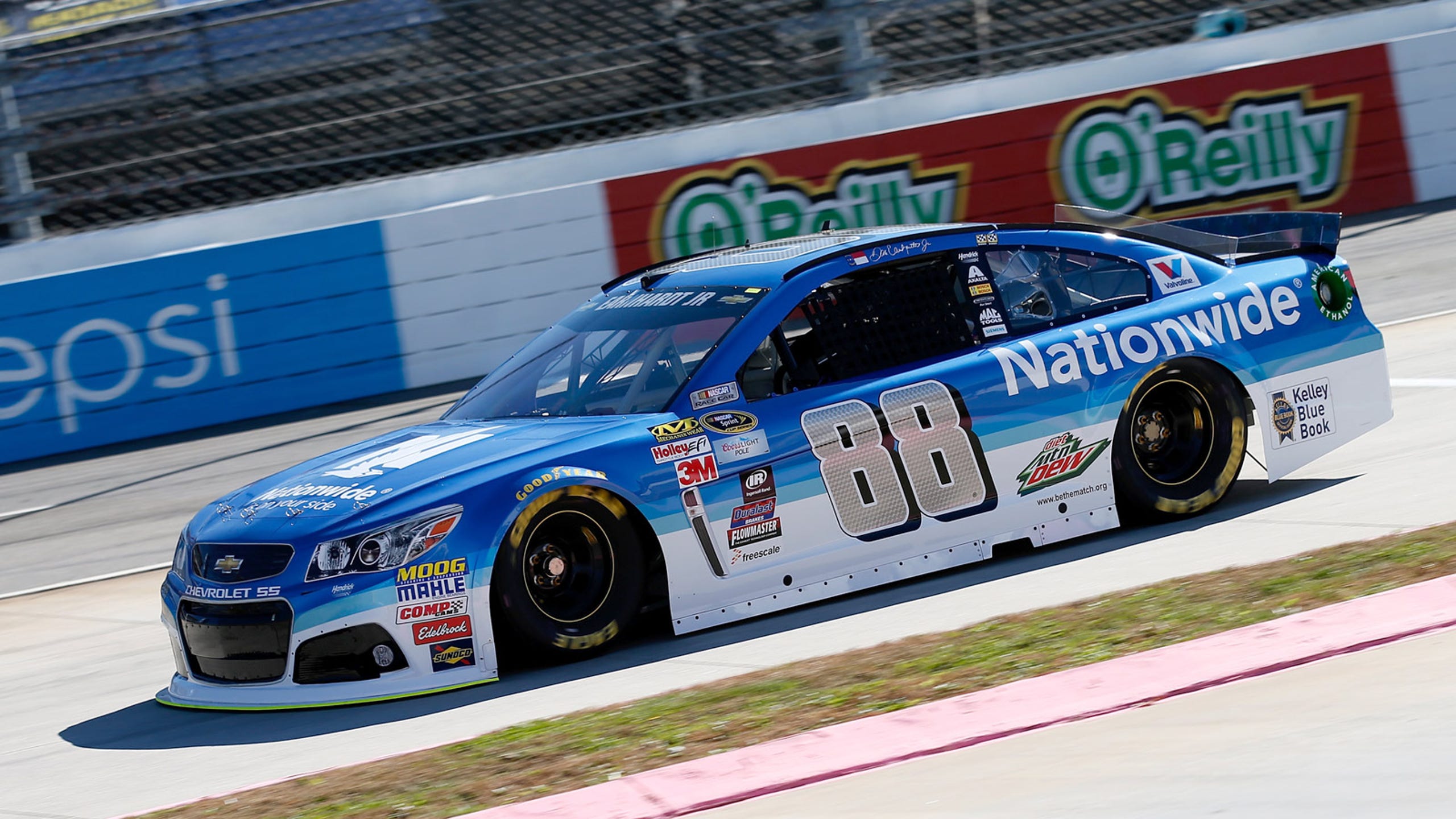 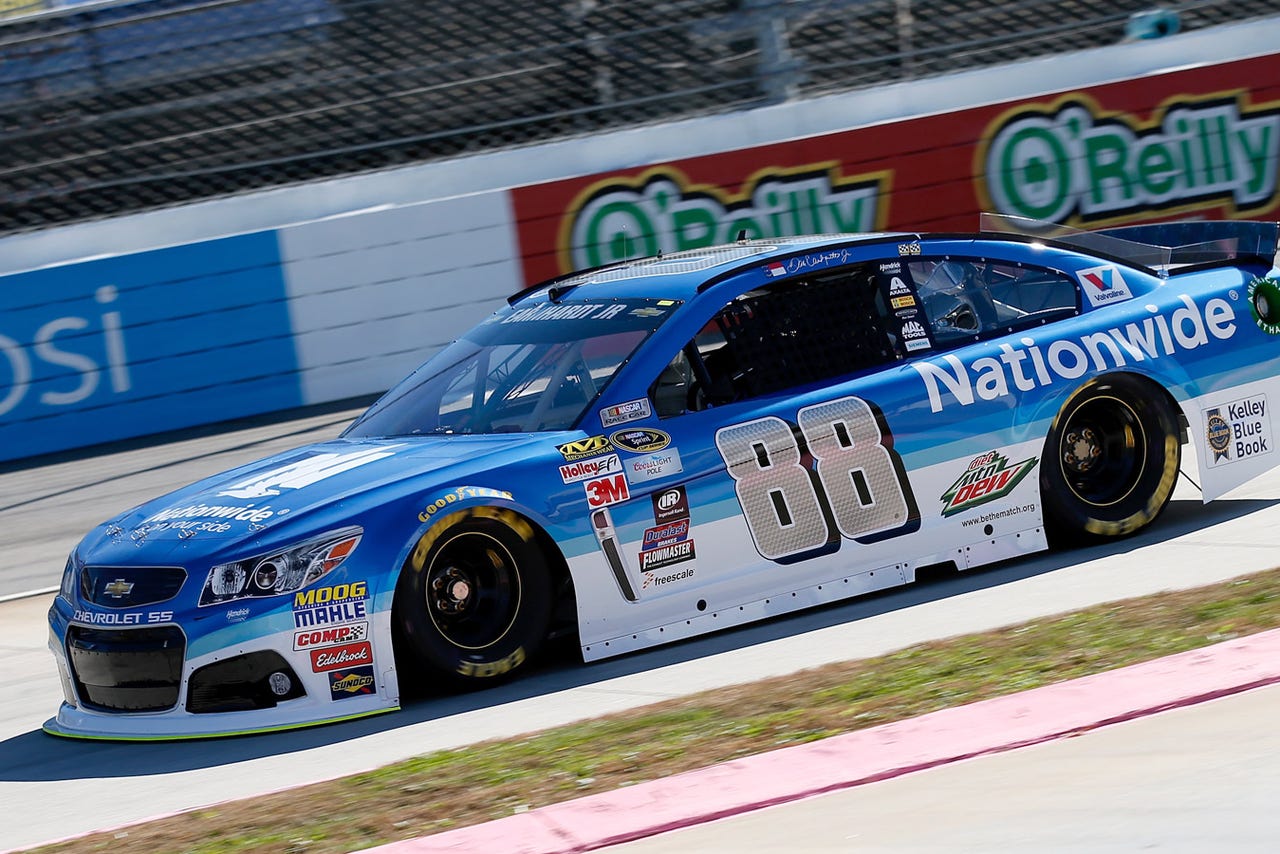 Dale Earnhardt Jr. might be out of the Chase for the NASCAR Sprint Cup, but he appears to be very much in the hunt for a win in Sunday’s Goody’s Headache Relief Shot 500.

Earnhardt, eliminated from title contention last weekend at Talladega Superspeedway, paced the first of Saturday’s two Sprint Cup Series practices at .526-mile Martinsville Speedway where he is the defending winner of the fall Sprint Cup race.

The No. 88 Chevrolet of Earnhardt topped Saturday morning’s 50-minute session at 96.998 mph, just a little better than second-place Martin Truex Jr. -- one of the eight remaining Chase drivers -- at 96.879.

The practice was incident-free with two notable exceptions.

Tony Stewart’s car slapped the Turn 1 wall late in the session, bringing out a red flag and leaving significant damage to the right and left rear of the No. 14 Stewart-Haas Racing Chevy. With the damage too much to repair, the team rolled out a backup car for Saturday’s final practice. As a result, Stewart will have to forego his 13th-place starting position.

Earlier, Kurt Busch suffered cosmetic damage to his bumper resulting from a tap from Jamie McMurray.

Playing In The Dirt
NASCAR is preparing for its first races on the Bristol dirt track and the famed COTA road course. Bob Pockrass breaks it down.
10 hours ago