There was more drama Saturday morning at Phoenix International Raceway during the first of two practices for the Good Sam 500.

During the first 10 minutes of the session, something broke on the front end of Michael Annett’s HScott Motorsports Chevrolet, putting it hard into the Turn 1 wall, which means he’ll start Sunday’s race at the back of the grid in a backup car.

“That was our first time on the track, first lap,” said Annett. “I haven’t seen a replay yet, but definitely got down there and the car just didn’t want to turn.  I don’t know if we were on the splitter or if we cut down a right-front (tire). I just have to be able to see it to have a little better idea.”

Regardless, it was a big impact, but Annett was uninjured.

“I cranked on the wheel and it wouldn’t go straight,” he said. “We changed a lot of stuff last night. We weren’t happy at all with where we were, we made a bunch of changes. I don’t know if we just missed it a little bit, but I will have to see a replay.”

Annett will have company at the rear of the field, as Hendrick Motorsports teammates Jimmie Johnson and Kasey Kahne also will be back there. Johnson didn’t properly attach his steering wheel during qualifying Friday, and the wheel came off on his hot lap, sending him into the SAFER barrier at high speed. Kahne’s crew, meanwhile, had to change engines after his EFI unit failed.

When the 55-minute session concluded, a pair of Stewart-Haas Racing Chevrolets were on top of the speed chart, with Kurt Busch fastest at 137.436 miles per hour and second at 136.685 mph. Carl Edwards was third in the first of the Joe Gibbs Racing Toyotas, with Martin Truex Jr. and rookie Chase Elliott completing the top five.

For complete results from Saturday's first practice, see below. 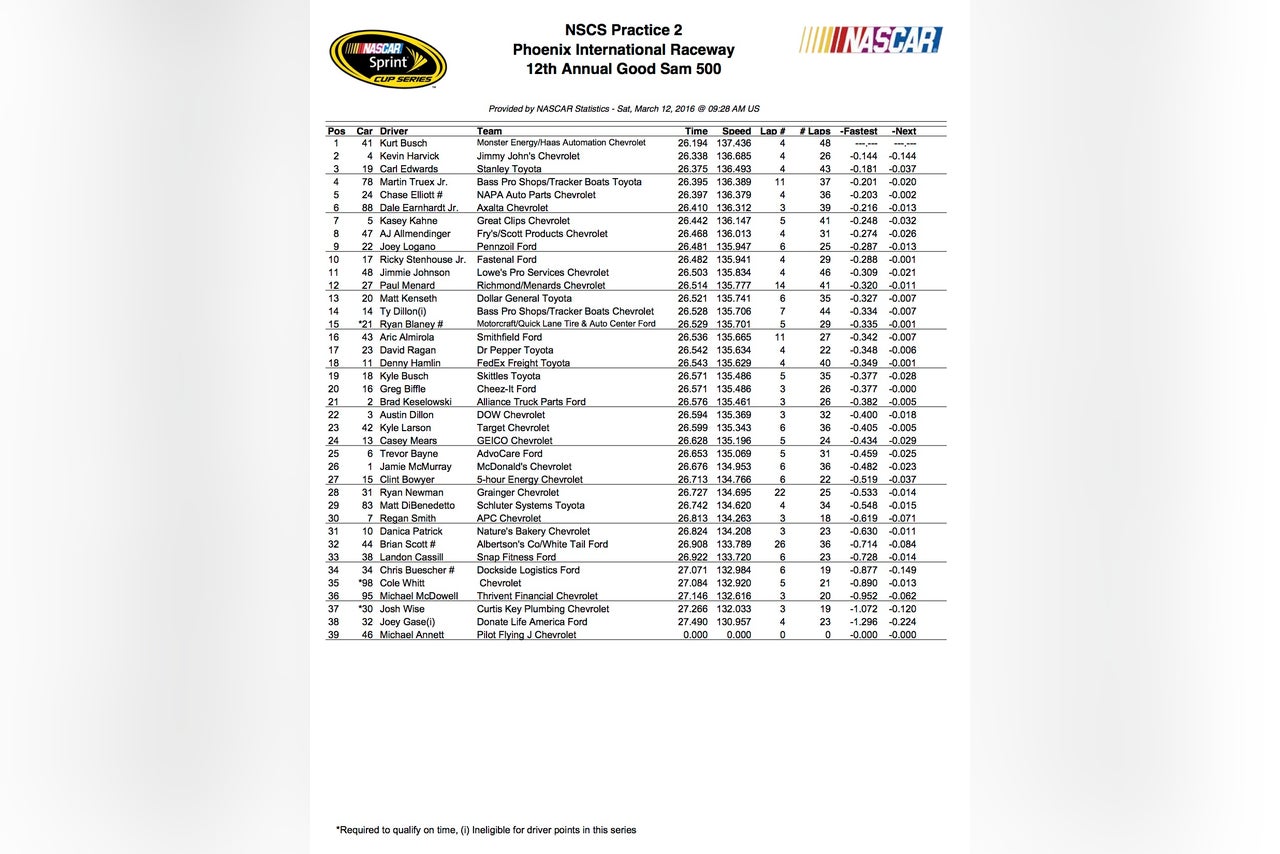 A New Voice
Jamie Little is set to break barriers as the first woman to serve as the television voice of a national motorsports series.
22 hours ago