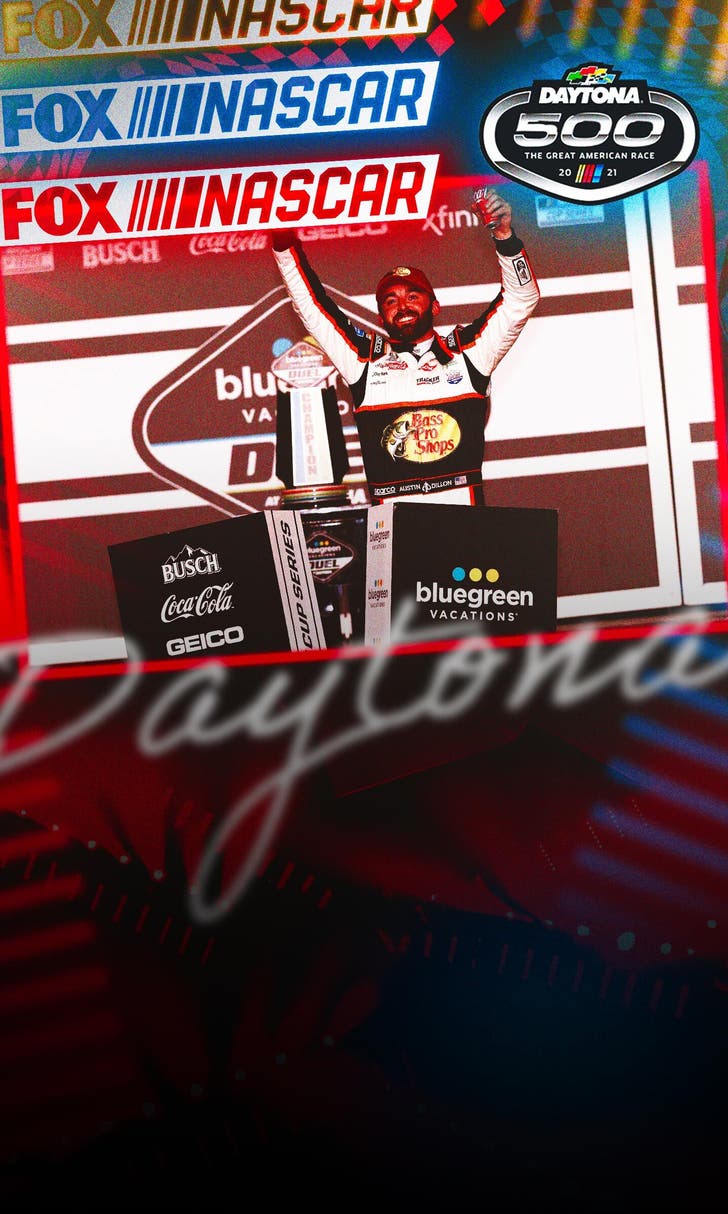 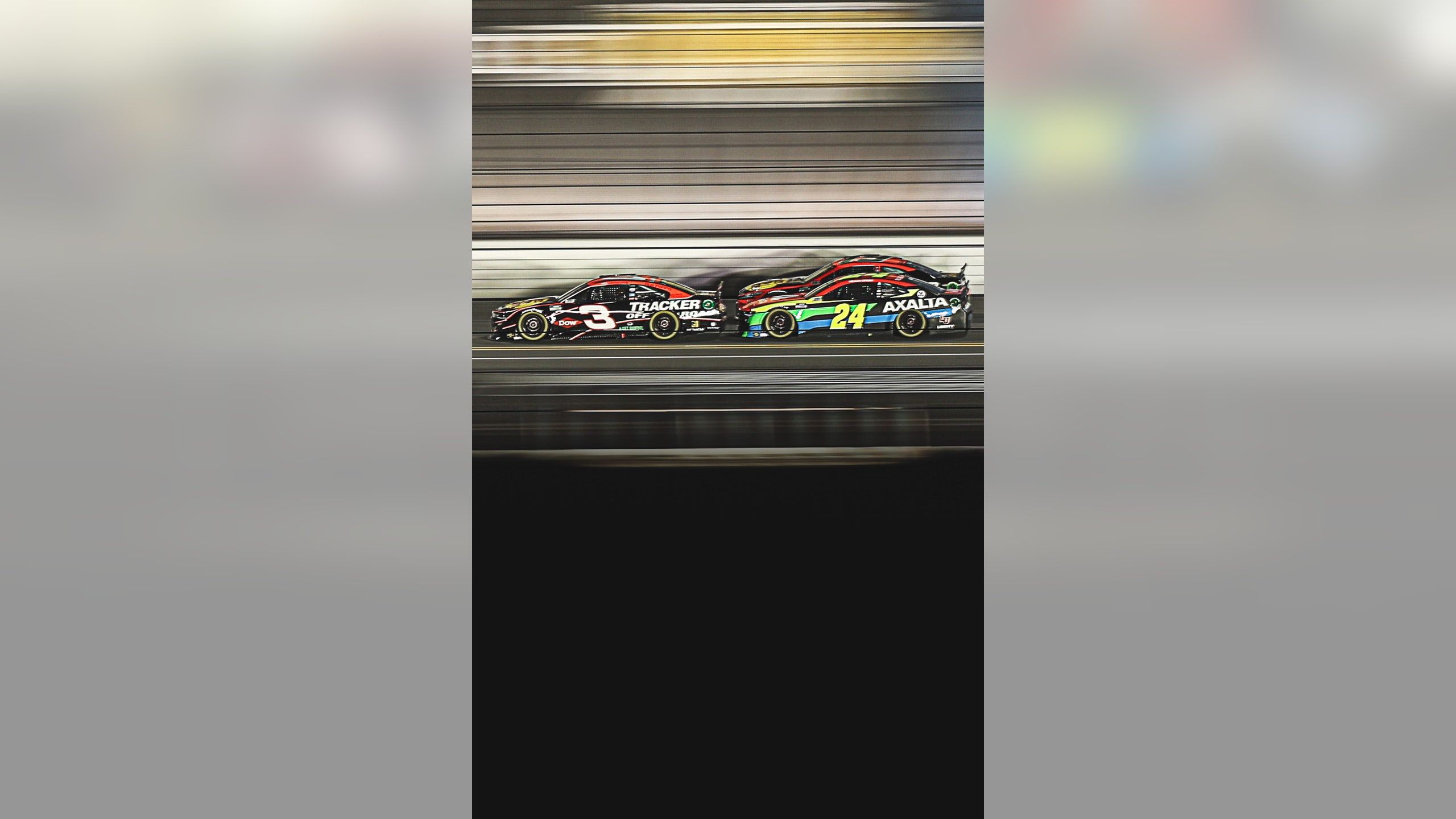 No one showed his full hand Thursday for Sunday’s Daytona 500, but the second race Thursday night was a lot dicier – probably because two drivers with something more to prove battled for the win instead of two veterans.

Austin Dillon slung his car to the inside of Bubba Wallace for the victory in the second duel, with the two nearly coming together. In the opener, Aric Almirola held off Joey Logano in a tamer run to the checkereds.

The 2018 Daytona 500 winner, Dillon drives the iconic No. 3 – and with this being the 20th anniversary of the death of Dale Earnhardt, he wants to do something special.

Winning the qualifying race isn’t the goal, but it still was damn cool.

"There was some aggression," Dillon said. "Everybody wants to win. It’s the first ‘race’ back. But as a driver, you forget out there what we’re really racing for, and that’s on Sunday."

Dillon threw a block before the final move.

"I made a decent block down the backstretch and got a big push after that," Dillon said. "I knew the No. 23 [of Wallace] was going to try to block me as we came to the line, but I just whipped the wheel, and it all worked out."

It left Wallace knowing he needs more experience running up front in these races.

"A lot of mistakes," Wallace said. "[It was a] good debut, but nothing to be really happy about for myself.

"It’s OK for drivers to be hard on themselves. That’s how we motivate ourselves to go out and do better."

Almirola might not have made that type of move, but he didn’t have to.

Almirola is a Tampa native, and he has been riding the wave of Tampa sports accomplishments in the past year. He led pretty much from start to finish, as he paced the field for 52 of the 60 laps.

"Usually when you lead that many laps, everybody behind you [is] figuring out how to mount a charge, and you end up losing the race in the last lap," Almirola said. "I was glad that we were able to defend that run."

That is pretty much all the time on track he will need to be ready for the Daytona 500. He won’t practice much at all Saturday. He likes his car after his showing Thursday.

"We're probably just going to polish her up and get ready for Sunday," crew chief Mike Bugarewicz said. "There's not a scratch on the thing. It's fast. It's shown what we needed to see today.

"We don't have a lot of interest in practicing any more this weekend. We'll probably go out and run a couple laps by ourselves just to make sure everything is good. Other than that, line up [for the race]."

Austin Cindric and Kaz Grala did not have good runs, but they were able to rely on their speeds in qualifying to get into the Daytona 500.

Cindric was the beneficiary of Ryan Preece's wanting to earn as many points as possible. Even though Preece knew he was in on speed, he raced hard near the end and nipped Ty Dillon by inches at the finish of the opening duel.

That knocked Dillon out of the Daytona 500, as he needed to finish the best of the open cars in the opening duel. Cindric, who fell a lap down with a speeding penalty on pit road, was pushing Ryan Newman, who was pushing Preece, at the finish and got into the Daytona 500 based on his qualifying speed, something that might not have happened if Dillon had beaten Preece.

The duels award points as if it is the end of a stage, on a 10-to-1 scale for the top 10. Preece’s team has no owner points from last year and needs points to make sure it gets into the next two races.

"I knew the scenario," Cindric said. "I knew who I needed to shove. I knew that that was my goal, that was what needed to happen. ... I was trying to be mindful that I was a lap car in a pack of cars racing for their starting spots and didn't want to screw up anyone's race.

"At the same time, I have a lot more on the line."

It upset fans because Cindric – driving for Team Penske – didn’t race his way in. If Preece didn’t have an incentive to finish as high as possible, it would have made for a much less dramatic bid for Daytona 500 spots. That stinks for Dillon, but it's good to see people racing.

In the second duel, three of the open cars ended up in wrecks, leaving Grala the beneficiary, as David Ragan was the highest finisher and Grala ended up getting in on speed.