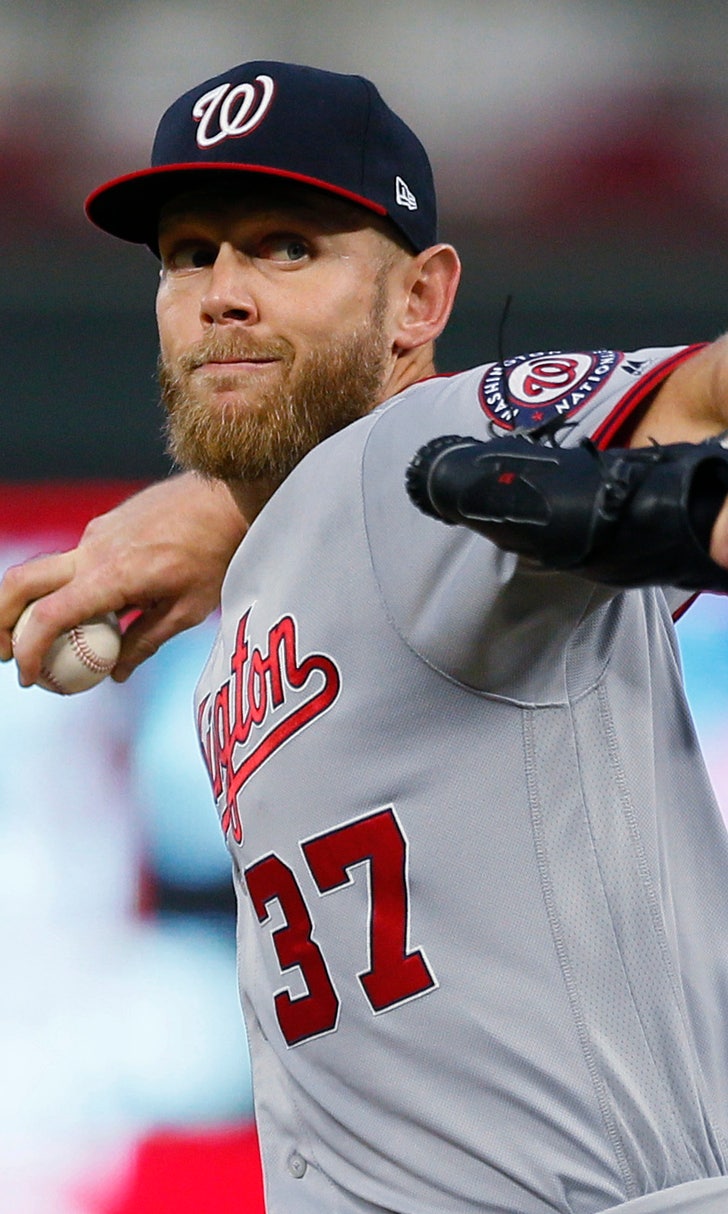 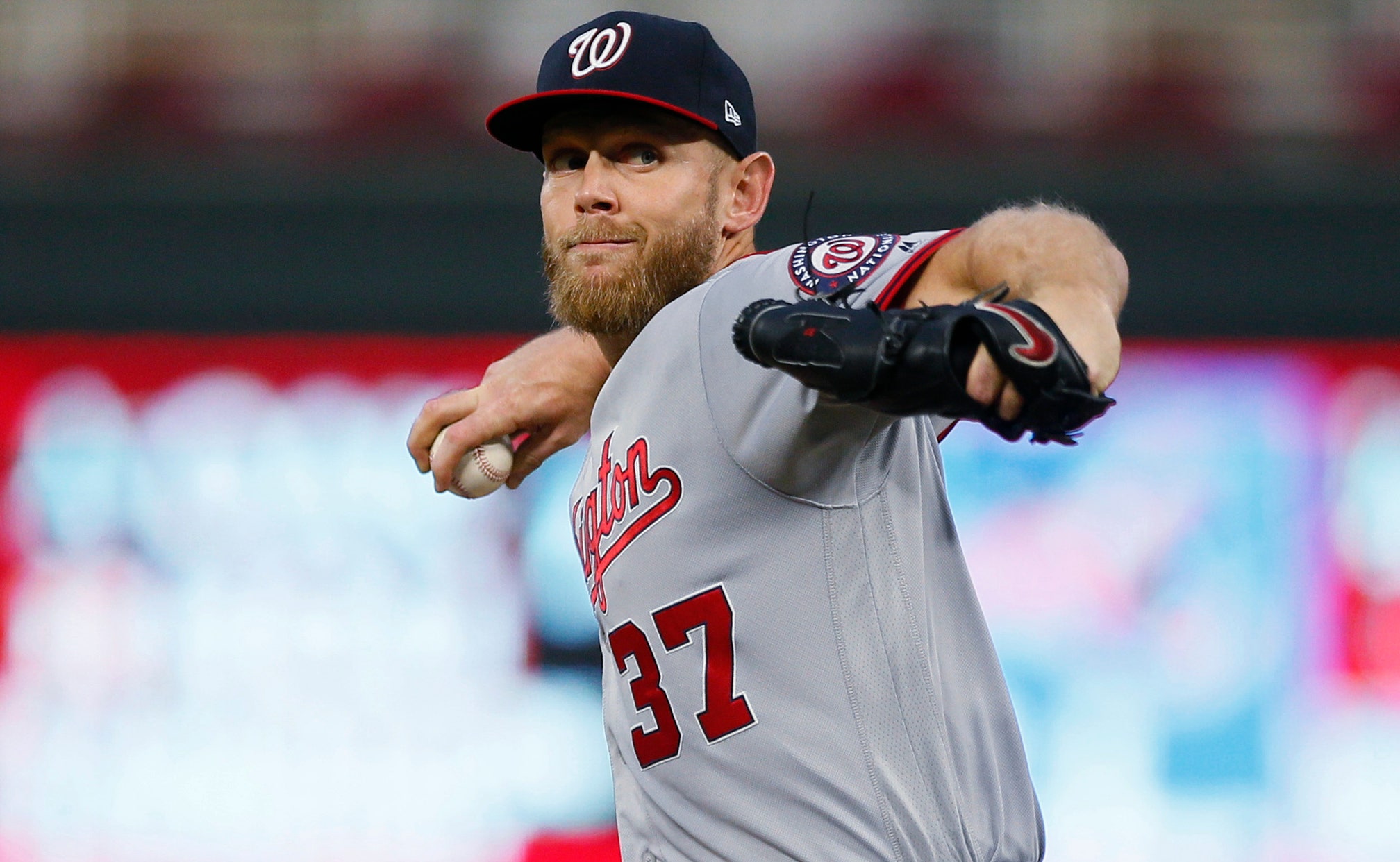 MINNEAPOLIS (AP) — The Washington Nationals relied on a couple of old standbys for an important victory toward their postseason push.

The Minnesota Twins, thinned out for the moment by a long list of injuries, could use someone healthy players to lean on.

Ryan Zimmerman homered and drove in three runs in support of Stephen Strasburg, who gave the Nationals six strong innings to beat the Twins 6-2 on Wednesday night for just their third win in the last nine games.

Juan Soto and Zimmerman hit RBI singles in the first inning against Martín Pérez, who fell further behind in the third when Howie Kendrick doubled in Soto with two outs and Zimmerman followed with his two-run smash into the left field seats for a 5-0 lead.

"We talk about it every day: Come out and try to get that lead early. You put the pressure on the other team right away," manager Dave Martinez said.

Zimmerman, the all-time Nationals leader in almost every offensive category, added a few more to the pile with his second three-hit game of the season. The 34-year-old Zimmerman missed 90 games due to plantar fasciitis in his right foot, but he has three homers and 10 RBIs in seven games this month since returning.

"I still have confidence in myself. I still know that, if I can stay on the field, I can produce and be helpful in many ways," Zimmerman said. "This year has been really frustrating. We've talked about it. The rest of my body has felt great. Obviously the foot hasn't cooperated. But there's no reason in whining or complaining about it now. Just kind of battle through it."

Strasburg (17-6) gave up a two-run homer to Jorge Polanco in the third, but he allowed only four hits and two walks with seven strikeouts. The Nationals are 113-17 in his career when scoring three or more runs while he's in the game. In his last five turns, Strasburg has a 1.91 ERA with 19 hits and 44 strikeouts in 33 innings.

"If you give them the cushion, they know how to use it," Zimmerman said. "It's definitely to our advantage."

Trea Turner added a late home run to pad the lead for the worst bullpen in the National League, with a collective ERA of 5.77. Four relievers kept the Twins from scoring, despite two runners reaching base in both the eighth and ninth, preserving a NL-leading and career-high 17th victory for Strasburg.

"It's next to my name, but they've got to go out there and score some runs," Strasburg said. "They've been able to do that more times than not for me."

The Nationals, who trail Atlanta by 9½ games in the NL East, took a 2½-game cushion between them and the Chicago Cubs for the two wild card spots, with the Cubs playing later in San Diego. The Nationals are 3½ games above the cut, ahead of Milwaukee.

The Twins had their lead on Cleveland in the AL Central whittled to four games. They have five fewer losses than the Indians, who are idle on Thursday while the Twins finish with the Nationals. The division rivals will start their last head-to-head series of the season in Cleveland on Friday.

Pérez (10-7) didn't help their cause, but most of the six hits he allowed in five innings could've easily been outs. With regulars C.J. Cron, Miguel Sano, Max Kepler and Marwin Gonzalez all on the bench with minor injuries along with Jake Cave, the replacement for Byron Buxton, the Twins had Eddie Rosario in right field instead of his usual spot in left. He took awkward route toward Kendrick's double, a hard-hit but reachable ball that could've been caught to end that inning.

Coaches and players for both teams stood on the foul lines, opening day-style, next to 45 first responders from area police, fire and emergency medical service departments in a pregame recognition of the Sept. 11, 2001, terrorist attacks. For Nationals manager Dave Martinez, the memory was particularly poignant, since he was playing first base for the Braves in the first game in New York after the twin towers fell when Mike Piazza hit a goosebump-inducing homer in the eighth inning.

"I just kind of stood back and just watched him drive by me like, 'Oh, wow, just listen,'" Martinez said. "You can hear the fans. You look in the stands, and people were crying. There were so many people from the fire department and police department there at the game, and it was something."

Nationals: RHP Joe Ross, who hurt his forearm during a bullpen session last week and was scratched from his last start in favor of RHP Austin Voth, will remain out of the rotation for now.

"We're going to take this really slow with him because of his history, but he's doing better," Martinez said.

Twins: Kepler did some swinging without trouble before the game. Baldelli said some of the absent players would be back soon.

"We're treating everything as responsibly as we can. Our guys are dealing with injuries. This isn't like, 'Hey, we're resting guys and trying to keep them out of the lineup getting them ready for the last couple weeks of the season,'" Baldelli said.

Twins: RHP Kyle Gibson (13-6, 4.58 ERA) will take the mound for the series finale, his first turn in almost two weeks because of weakness from ulcerative colitis, a digestive track disease that has caused him to lose 10 pounds during this trying season. Taking a more aggressive anti-inflammatory medication has helped Gibson feel better lately and regain some strength he needs for his delivery to properly push with his legs.

"It just takes a lot of the tax off of my upper body," Gibson said.