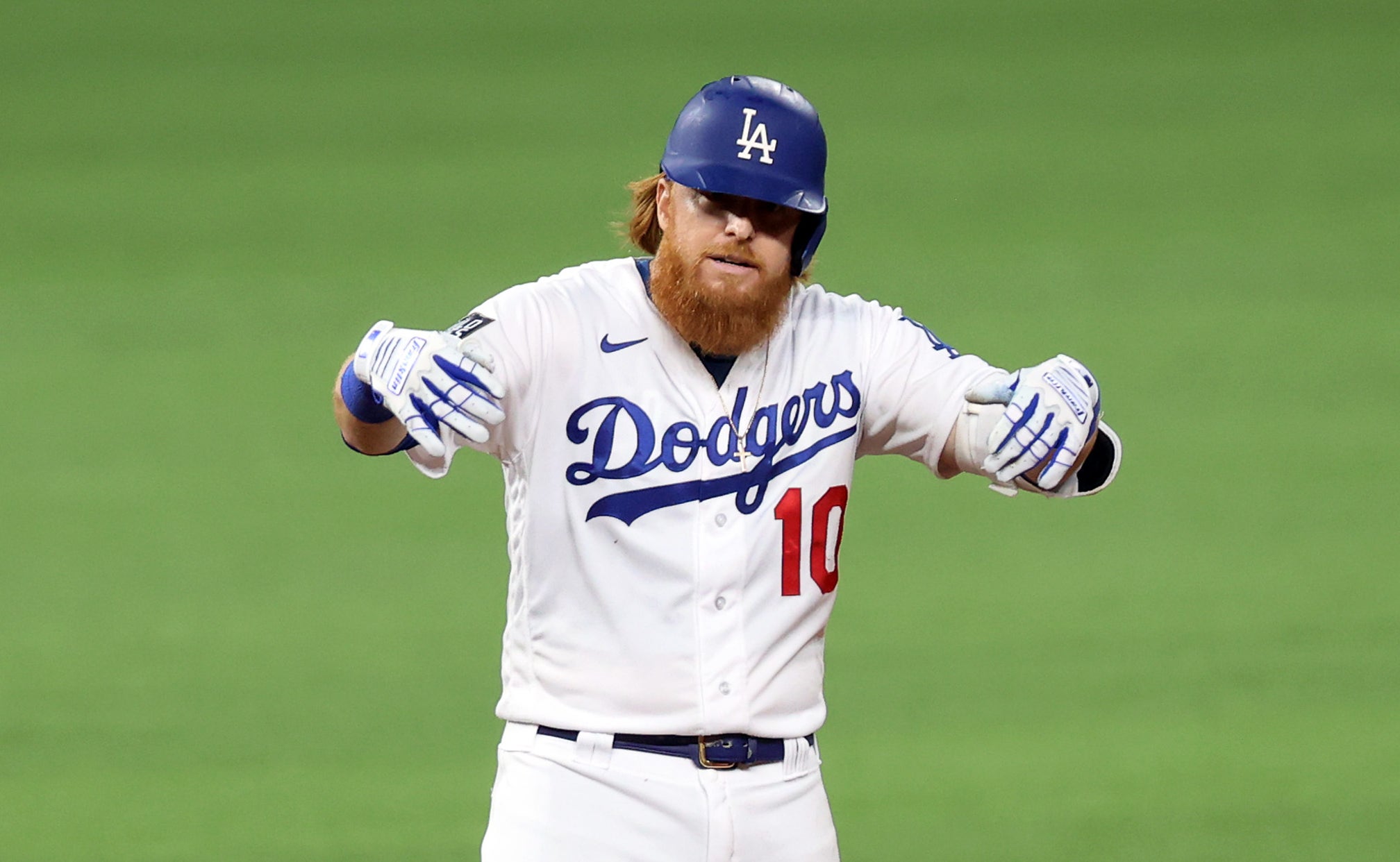 After a day off, the World Series picked right back up with the Los Angeles Dodgers and Tampa Bay Rays trying to break a 1-1 series tie.

Here are the top plays from the Dodgers' Game 3 win.

With two outs in the top of the first inning, Justin Turner connected off of Rays pitcher Charlie Morton for a solo home run to give the Dodgers a 1-0 lead.

More two out runs for the Dodgers

After hitting Corey Seager and giving up a double to Justin Turner with two outs, Morton surrendered two more runs to the Dodgers at the expense of a two-RBI single from Max Muncy.

Two outs? No problem for the Dodgers Friday, as Mookie Betts delivered an RBI single in the fourth inning to extend their lead to 5-0.

Best moment of the night

There have been plenty of highlights and runs scored this game, but there was no better moment than both teams, the umpires, the fans, and commentators standing as one in the fight against cancer.

Willy Adames gets the Rays on the board

It took five innings, but the Rays were finally able to score a run thanks to an RBI double from Willy Adames.

Have a night, Austin Barnes

Two RBIs, two different ways in Game 3 for Austin Barnes. The first came on a sacrifice squeeze, the second one on a solo shot.

Betts has two hits already and an RBI, but he also now has two stolen bases for the game as well.

The Dodgers offense dominated in Game 3, but so did their 26 year-old ace, Walker Buehler. He struck out a playoff career-high 10 batters over six innings.