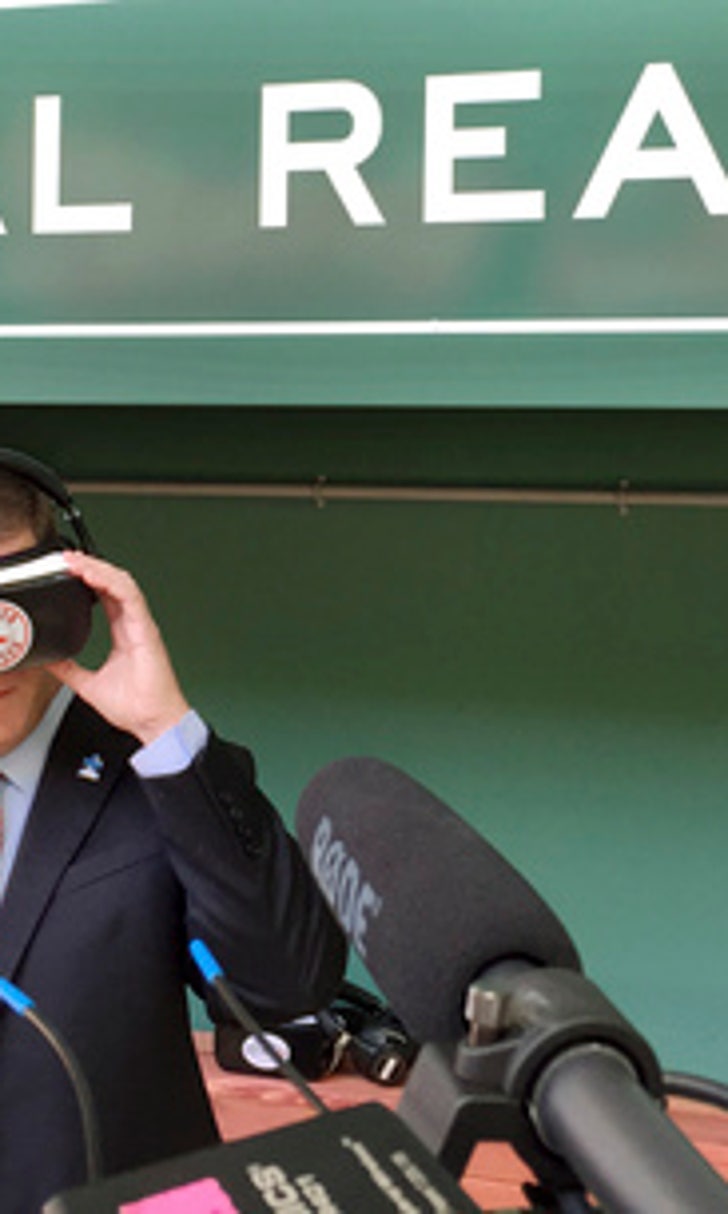 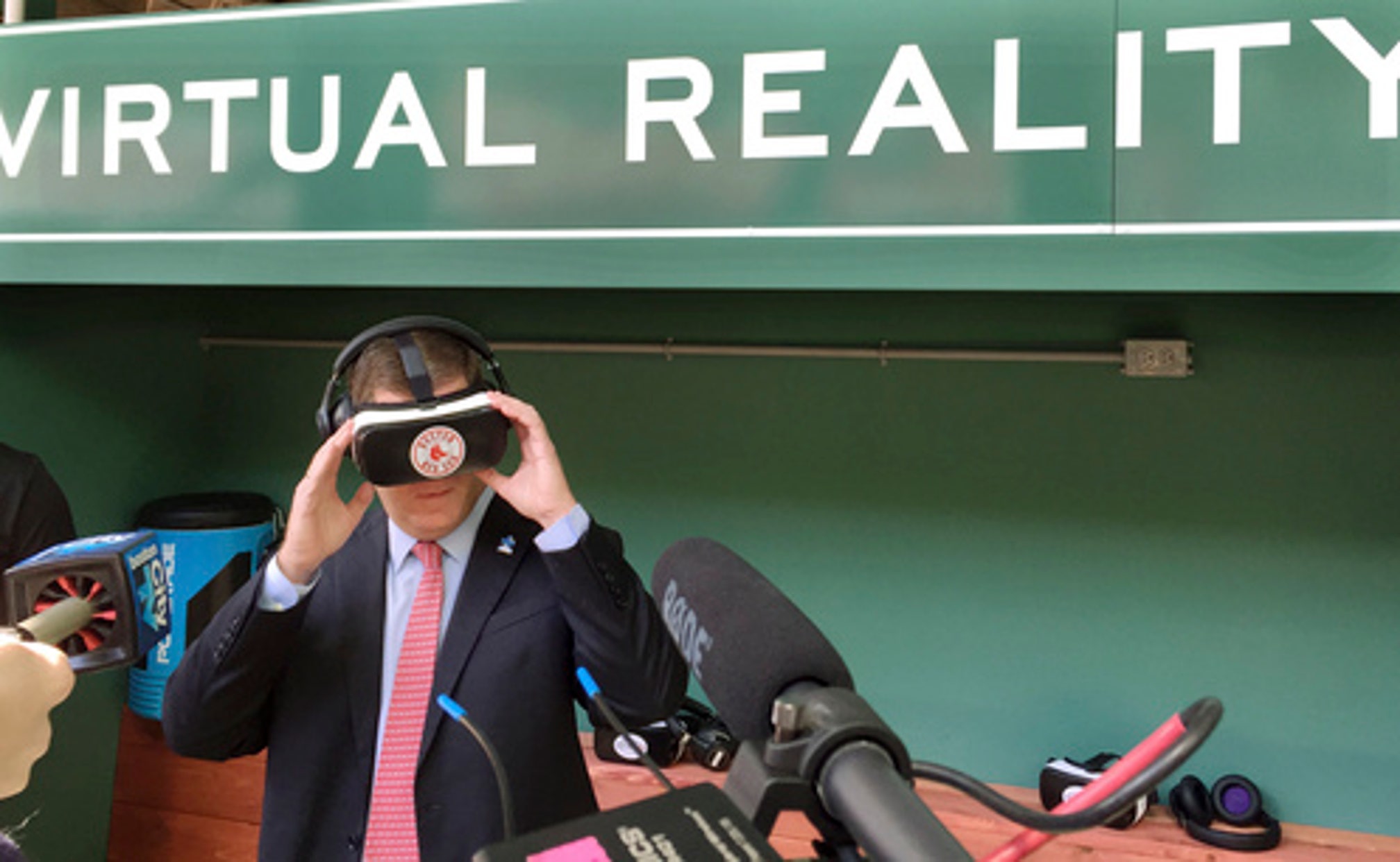 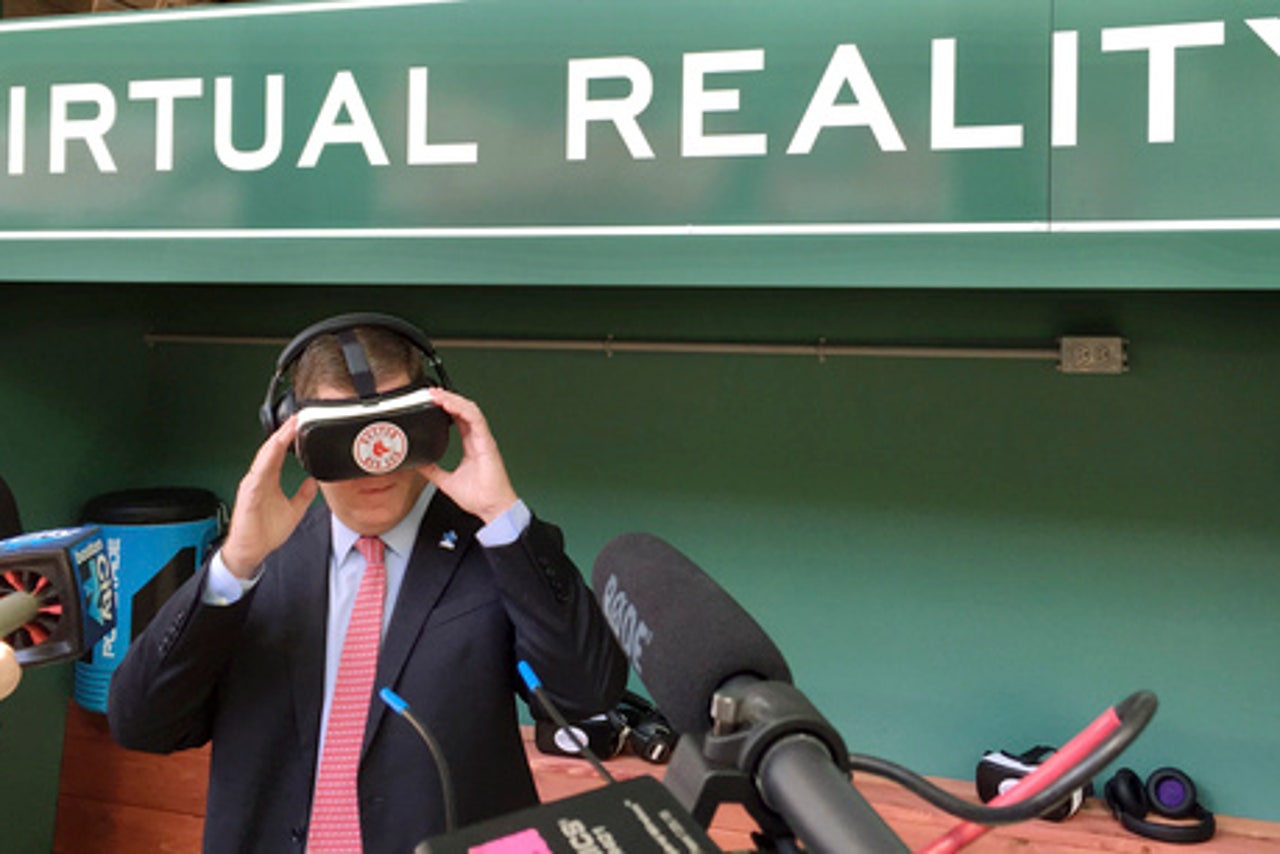 BOSTON (AP) Turn to your right, and David Price is throwing fastballs off a bullpen mound at the Boston Red Sox spring training ballpark in Florida.

Wait a bit, and you're standing in the cage with David Ortiz as he launches liners in batting practice.

With new virtual reality booths at Fenway Park this season, Red Sox fans will have a chance to see the team up close and in 360 degrees. The technology made its debut Friday when the ballclub gave a tour of the latest improvements for Boston Mayor Marty Walsh and members of the media in advance of Monday's home opener.

''We're always trying to bring the experience to the fan and give them as much unfiltered access as possible,'' Red Sox senior vice president Adam Grossman said.

The first virtual reality video - more are planned as the team accumulates footage from the regular season - was shot at spring training in Fort Myers, Florida. It includes shots of batting practice and pitching sessions from up close, with the viewer standing in the batter's box or behind infielders as they take ground balls.

The free video takes two minutes - about the right amount for a fan to see during a pitching change or between innings.

Grossman said the team took the headsets to the Jimmy Fund clinic at the Dana-Farber Cancer Institute on Thursday, where it was a big hit with the children being treated there. The club plans to bring it to schools and to other off-site events, he said.

For now, three dugout-themed booths will be stationed through the ballpark, and each has several VR headsets.

Walsh gave the film a thumbs-up on Friday before moving on to see the other offseason upgrades to the oldest ballpark in the major leagues. Among the changes: new safety netting that extends down the lines to first and third base, instead of just behind home plate, covering all seats within 70 feet of the plate.

Walsh praised the new safety feature, noting that last season a woman was hit by a piece of a broken bat last June; her injuries were described as life-threatening, but she eventually recovered.

''I think at first people are going to say they don't like them ... but you get used to it,'' he said, noting that NHL teams have added safety netting behind the goalies and there are few complaints. ''If it prevents someone from getting hurt, it's great.''

Walsh and team owner Tom Werner also expressed support for a new city ordinance banning the use of chewing tobacco on all ballfields where professional, collegiate, high school or amateur sports are played. The mayor said that if a player or coach is caught dipping, the team would be notified of the violation, which carries a $250 fine.

How it will be handled from there is still being worked out.

''We're not going to walk out in the middle of the 6th inning, stop the game and hand someone a ticket,'' Walsh said.

In other ballpark improvements, the team added new LED boards on the upper deck facade, and a new section of seats on what had been the roof along the first-base line add 222 seats, bringing the night game capacity to 37,949.

-New cameras in the bullpen will allow fans to see pitchers warming up.