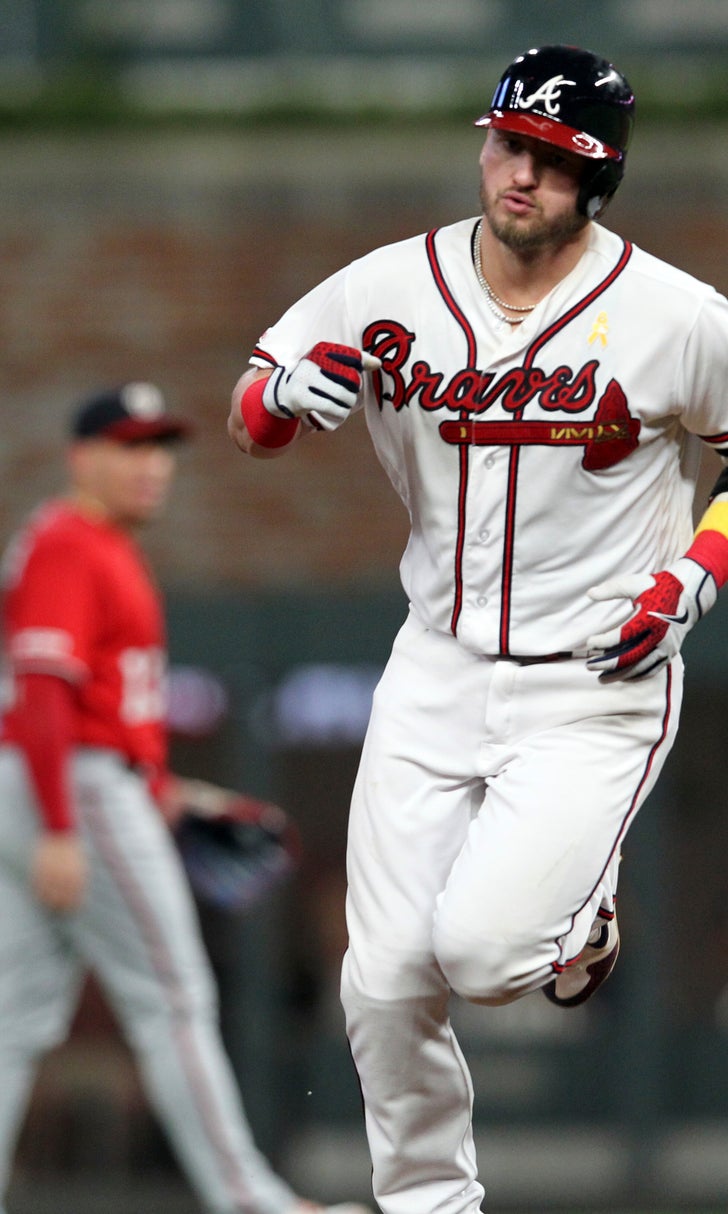 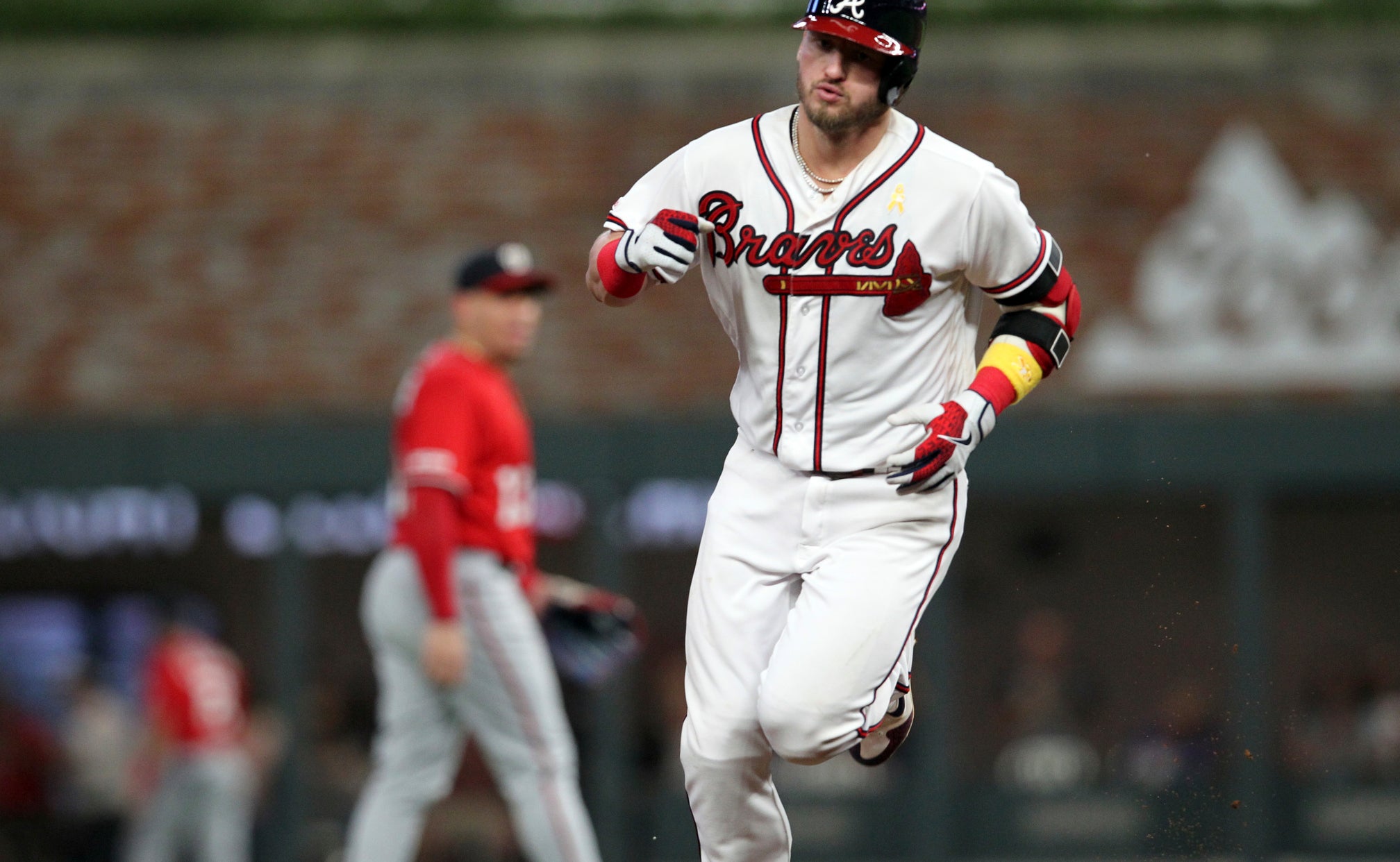 HOME OF THE BRAVES

Josh Donaldson and the Atlanta Braves have won nine in a row, their best string since 2014. The NL East leaders also have taken 13 straight at SunTrust Park.

Donaldson hit his 36th home run in a 5-4 win over Washington on Saturday night. He has 28 homers since June 11. The Nationals have lost four in a row and lead the NL wild-card race by two games over the Cubs.

Nationals ace Max Scherzer (9-5, 2.60 ERA) tries to end Atlanta's streaks. He makes his fourth straight start since returning from back trouble — the three-time Cy Young Award winner has no decisions and a 4.66 ERA in his last four outings.

Phillies star Bryce Harper could return to the lineup if his right hand is feeling better. He was hit by a pitch from Steven Matz of the Mets on Friday night and sat out Saturday.

X-rays were negative and manager Gabe Kapler was confident there were no fractures in the hand. Kapler said the day off was a "precautionary measure."

The Diamondbacks keep moving up in the NL wild-card race and now are just 1 1/2 games behind the Cubs for the second spot.

Arizona has won five in a row and 11 of 12, and try to extend its run when Mike Leake starts against Cincinnati at Great American Ball Park.

The Cubs are hoping for good news when star shortstop Javier Báez is examined by a hand specialist on Monday. He has a hairline fracture in his left thumb, putting the rest of his season in jeopardy.

Astros ace Gerrit Cole is 11-0 in his last 17 starts and leads the majors with 266 strikeouts. Overall, he's 15-5 with a 2.81 ERA going into this outing at home for the AL West leaders against Seattle.

Tampa Bay has won four in a row and continues to hold a narrow lead over Oakland and Cleveland in the race for the two AL wild-card spots.

Daniel Robertson drove in late runs with a double and single during a 5-3 win over Toronto on Saturday night.

"You've just got to be ready when you're called upon, but that is a great feeling," Robertson said. "Failing and then doing it, that's pretty cool, too."

The 25-year-old infielder has struggled through a season of slumps and injuries, in the majors and the minors, and began the day with a .203 batting average.

Yadier Molina has a 14-game hitting streak, two short of the career best for Cardinals star catcher. He'll next face Pirates right-hander James Marvel, who will be making his major league debut — the 25-year-old was 7-0 with a 2.67 ERA in 11 starts for Triple-A Indianapolis.

Jack Flaherty (9-7, 3.14) starts at PNC Park for NL Central-leading St. Louis. He's coming off his best outing of the season, allowing one hit with eight strikeouts in eight innings of a 1-0 win against San Francisco.