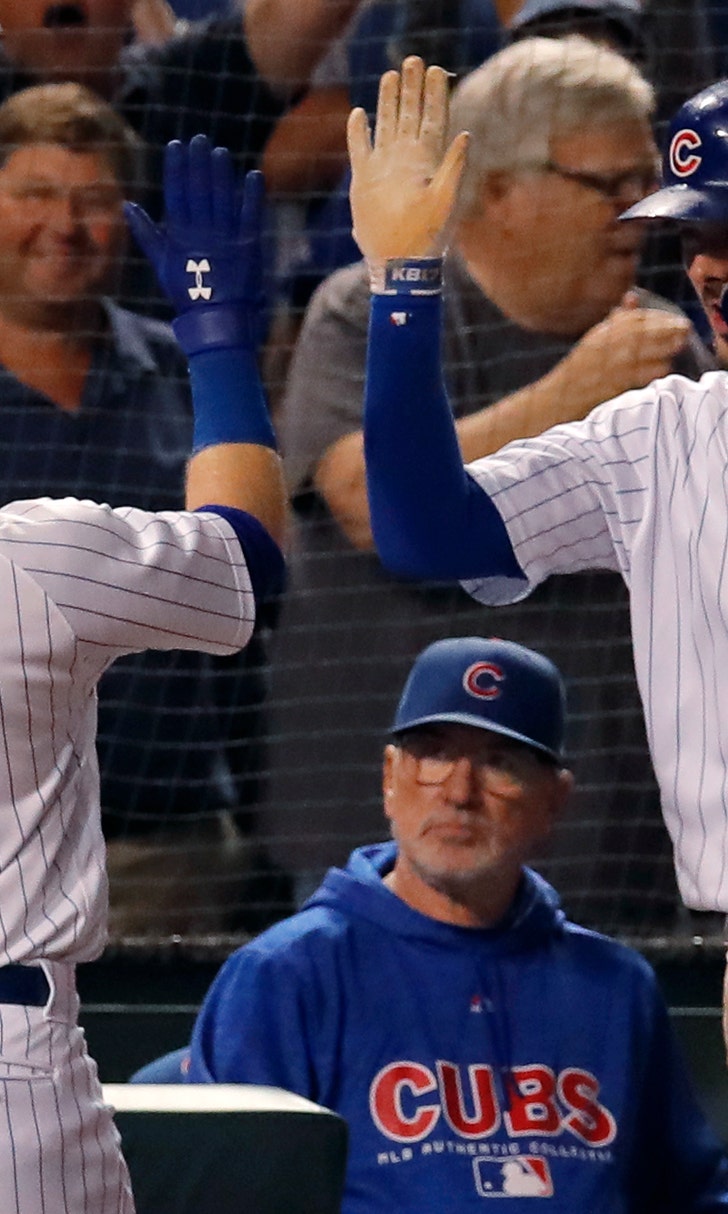 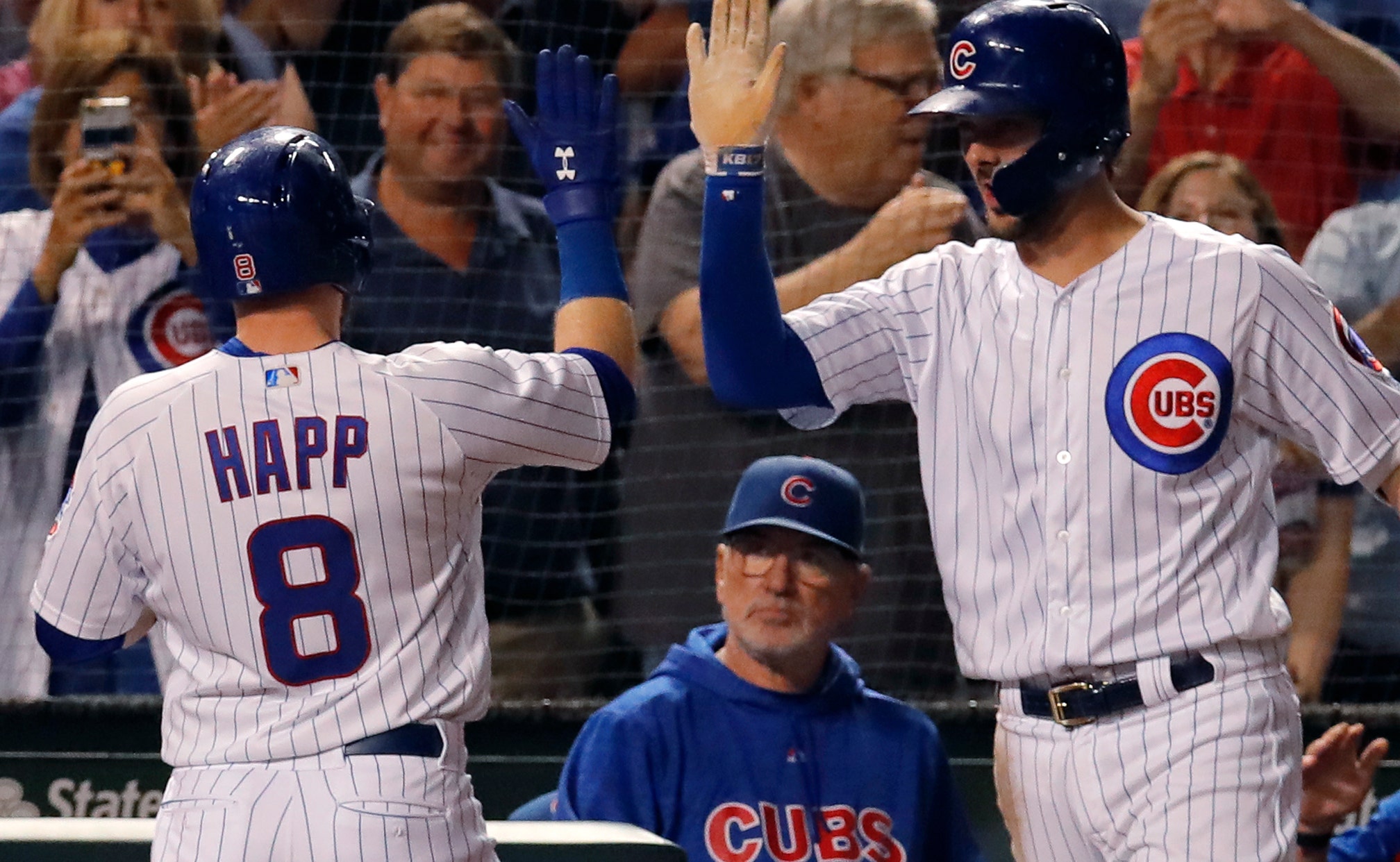 The 37-year-old De La Rosa got three outs for his first career save, helping the Cubs top the Cincinnati Reds 3-2 on Friday night.

Ian Happ hit a three-run homer in the seventh inning as NL Central-leading Chicago stayed 1 1/2 games ahead of second-place Milwaukee, which posted a 7-4 victory over Pittsburgh. Ben Zobrist had three hits, and Dillon Maples (1-0) earned his first career win.

De La Rosa surrendered a one-out double to Curt Casali and walked Billy Hamilton with two down before Scott Schebler flied out to center. It was the first save opportunity for Chicago since Strop strained his left hamstring trying to beat out a double-play grounder during Thursday's 4-3 victory at Washington, shelving the key reliever for the rest of the regular season.

Strop had been subbing for closer Brandon Morrow, who is on the disabled list with a right arm injury.

After Cole Hamels allowed two runs over 6 2/3 innings, Maples got the final out of the seventh, Jaime Garcia tossed a perfect eighth and De La Rosa closed it out in his 426th major league appearance.

Maddon called it an "unlikely bullpen."

"The walk to Hamilton made it interesting, but (De La Rosa) had great composure," he said. "First big league save, wow. Good for him."

Happ's homer was just his second in 22 games. The 24-year-old switch hitter is batting .186 over the span.

"It's been a while since I've had one of those," Happ said. "To get a hit in that situation coming off what we've had to do the last couple of weeks, to give us a chance to win a ballgame, it was great."

Cincinnati had won four of six, including two of three against the contending Los Angeles Dodgers. The last-place Reds wasted a terrific start by Matt Harvey, who struck out six in six scoreless innings.

"It was just about getting ahead," Harvey said. "The big thing was being able to mix different pitches for a strike and really throw it whenever I wanted to.

"That was the first time in a long time that all four pitches were kind of doing exactly what I wanted to."

Cincinnati jumped in front on consecutive homers by Jose Peraza and Joey Votto in the fourth, but Chicago rallied after Harvey was replaced by David Hernandez (5-1).

Victor Caratini led off the seventh with a single and David Bote reached on an error on third baseman Eugenio Suarez. After pinch-hitter Tommy La Stella hit into a forceout, Happ drove a 1-0 pitch into the bleachers in left-center.

Hamels struck out seven to increase his career total to 2,396, matching Sandy Koufax for 48th on the all-time list. He is 4-0 in nine starts since he was acquired in a trade with Texas.

Unless the Cubs can make a trade, Maddon said he envisions using a closer-by-committee approach, including veterans Steve Cishek, Justin Wilson and Jesse Chavez.

Reds: RHP Lucas Sims is sidelined with a strain on his right side. "He's got little something going on with his lat that he's not available to pitch right now," manager Jim Riggleman said.