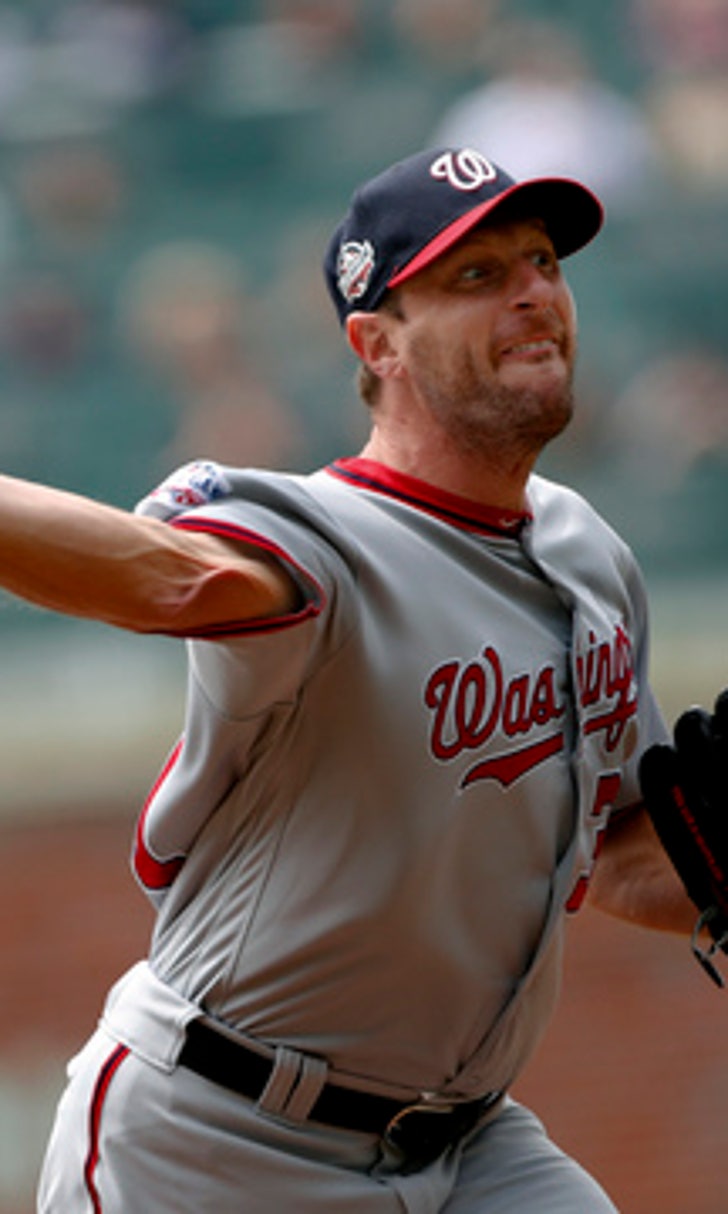 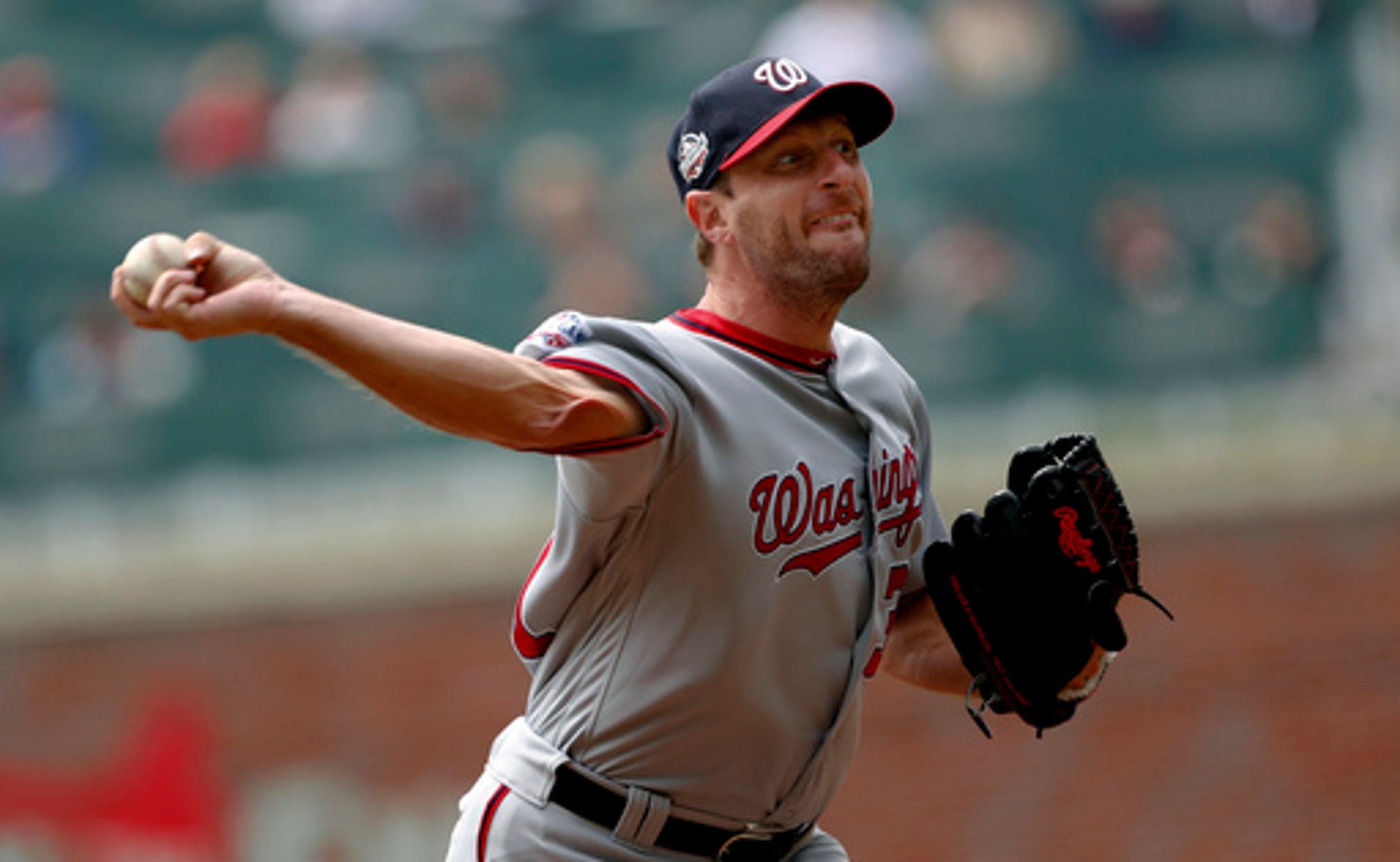 ATLANTA (AP) It's too early for Braves manager Brian Snitker to make any proclamations for the 2018 season.

Atlanta has played six games and has four victories after winning a rare series against the two-time defending NL East champion Nationals.

''This week we played some really good baseball,'' Snitker said. ''We did a lot of really good things.''

Foltynewicz (1-0) allowed four hits, one run and two walks with eight strikeouts in 5 1/3 innings. He snapped an eight-start skid during which he went 0-7 with a 7.34 ERA, ending the major leagues' second-longest active losing streak.

''Just the team W is important,'' Foltynewicz said. ''I hadn't really thought about how many in a row we had lost with me going out there without getting a win.''

The Braves, with three straight seasons of at least 90 losses, are two games over .500 for the first time since April 22, 2015. They earned an uncommon second straight win over the Nationals, having gone 20-40 in the series over the last four years.

Foltynewicz was 2-2 with a 5.63 ERA in six career starts against Washington, but he got some breaks, including a big one with his bat, to get the win.

The Nationals cut the lead to 3-1 in the second when Foltynewicz hit Pedro Severino by a pitch and let him advance to second on a wild pitch. Severino scored on Scherzer's RBI single, but Foltynewicz picked off Scherzer at first to end the inning.

He benefited from a low called third strike against Severino to end the fourth with a runner at third. In the bottom half of the inning, Foltynewicz, a career .084 hitter, doubled to make it 5-1.

The Braves led 3-0 in the first when Freddie Freeman doubled, Nick Markakis reached on second baseman Wilmer Difo's fielding error, and Tucker hit a three-run homer in the first for the second straight game.

Scherzer dropped to 1-3 with 6.16 ERA in his last five starts against Atlanta.

''I got to two strikes and just didn't seem to put guys away,'' Scherzer said. ''It led to at-bats kind of getting extended. They were able to grind out their at-bats and get hits on pitches later in the at-bat that I just didn't execute as well.''

Nationals slugger Bryce Harper began the day hitting .400 with four homers, nine RBIs and seven walks in the first five games. He went 0 for 3 with two walks, two strikeouts, and he popped up with the bases loaded in the ninth.

Atlanta left-hander Sam Freeman faced one batter, striking out pinch hitter Ryan Zimmerman with the bases loaded to end the sixth. Freeman has no losses in 182 career appearances.

The Braves added two runs in the eighth.

Torre, a Hall of Fame manager, said he still felt deeply affected on the 50th anniversary of King's assassination. The Braves were in Savannah for an exhibition game against the Richmond Braves when word came that King was dead at 39.

''There were a lot of stunned people,'' Torre said. ''There was a silence that was deafening. I do remember that. Somebody's life is snuffed out. It was frightening.''

Torre and Garr both met King, an Atlanta native and lifelong resident, at the ballpark during their stints with the Braves.

''For such a big voice, he wasn't that tall,'' Garr said with a smile. ''He was a little, short guy, but his voice just carried.''

Garr and Millan endured racism during their career, but both were grateful that baseball, having integrated with Jackie Robinson in 1947, felt less constrictive than everyday life.

''When I came to the United States, being Latino from Puerto Rico and black, it was bad for me,'' Millan said. ''Very bad, but thanks to my teammates, I was feeling better than I would feel in the South.''

Nationals: Play their first home game as RHP Stephen Strasburg (1-0) faces the New York Mets. Strasburg is 8-4 with a 2.64 ERA in 16 career starts in the series.

Braves: After an off day Thursday, they open a three-game road series with RHP Brandon McCarthy (1-0) facing Colorado. McCarthy is 0-2 with a 7.94 ERA in three career starts and one relief appearance at Coors Field.

Dodgers Say Not Today
From Corey Seager catching fire to a Will Smith vs. Will Smith showdown, Game 5 was exactly what L.A. needed to stay alive.
5 days ago

Braves Bounce Back Against Dodgers
Marcell Ozuna and Bryse Wilson starred in Atlanta's Game 4 win over the Dodgers, giving the Braves a 3-1 lead in the NLCS.
6 days ago