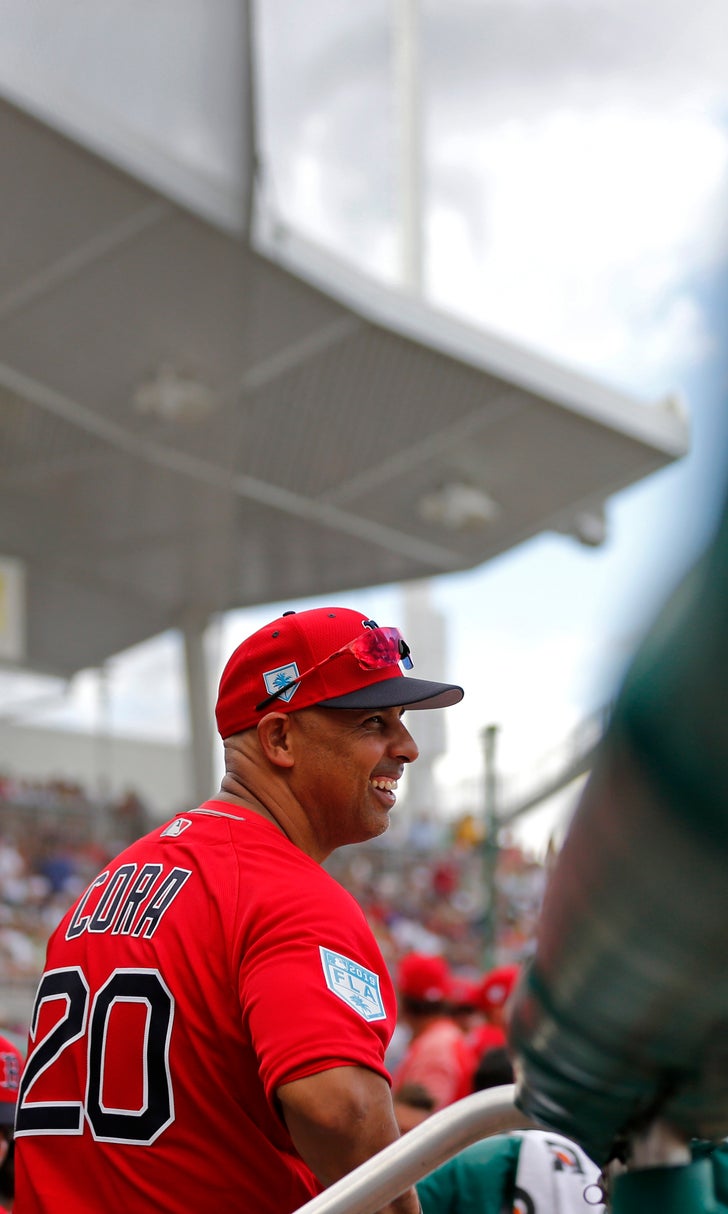 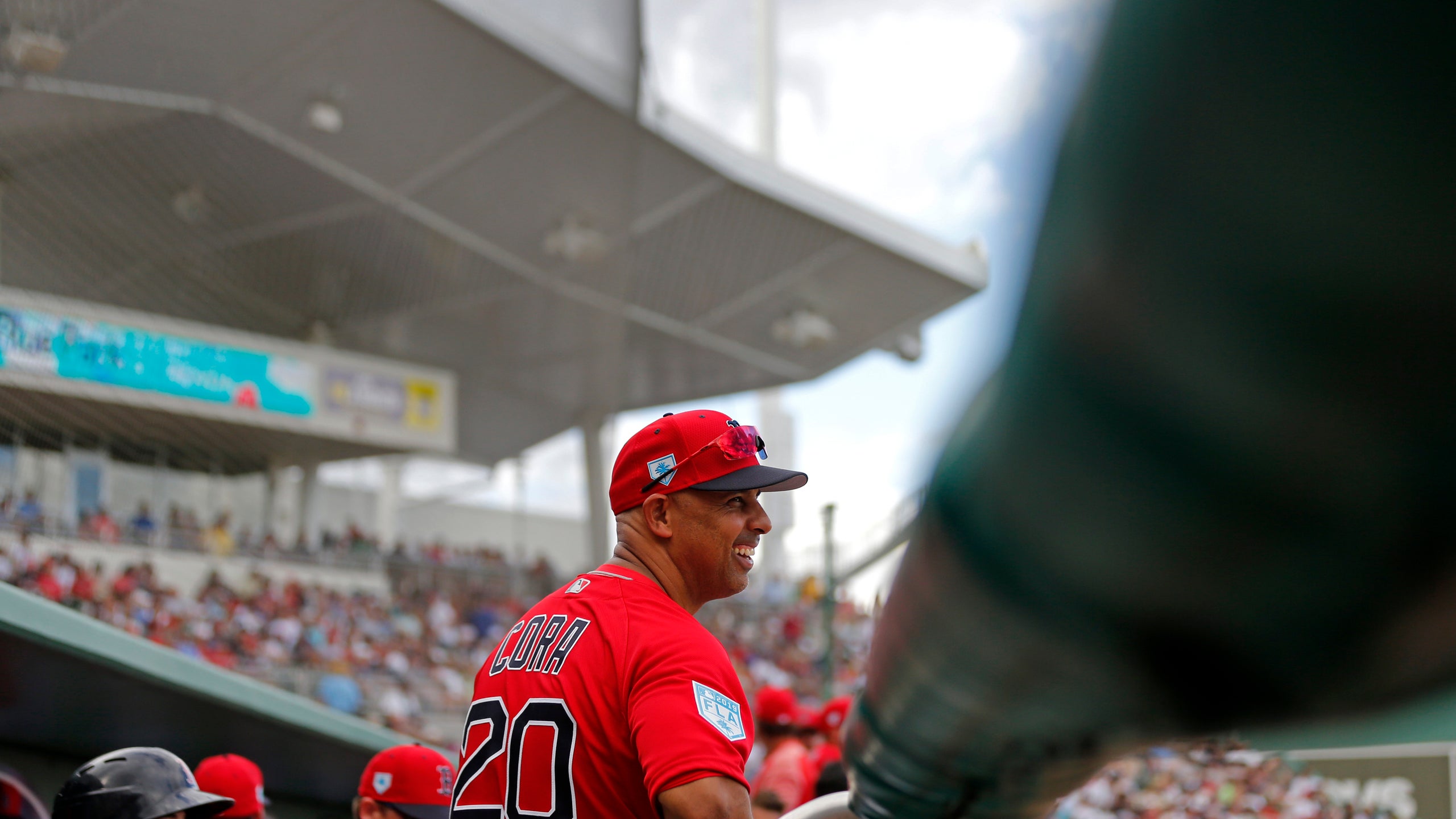 FORT MYERS, Fla. (AP) — Alex Cora guided the Boston Red Sox to a franchise-record 108 wins and a World Series victory last season, and then he reported to his second spring training as a major league manager as if nothing had changed.

Still just 43, Cora has a chance to be the first Red Sox manager to win back-to-back championships in more than 100 years.

And he's approaching it with the same, unruffled demeanor as when he was a rookie.

"I think that's why we were so consistent last year," utilityman Brock Holt said this week as the team made the transition from workouts to the exhibition season.

"If we won, we came in here, turned the music on, showered, went home. If we lost, we didn't turn the music on," Holt said. "That's what helped us to be so consistent. It wasn't any different; there was no panic. He stayed with his plan."

A native of Puerto Rico who is the first minority manager in franchise history and one of the youngest ever to run the Red Sox dugout, Cora didn't need much time to figure things out in Boston. After losing their opener, they won nine straight games and 17 of the next 18.

They finished the regular season 108-54 — the best record in franchise history, and eight games ahead of the rival Yankees. They never lost more than three in a row, and their worst stretch of six losses in eight games came in August after they were already 50 games above .500 with a double-digit lead in the division.

Through it all, Cora never changed.

While some managers looked at the clubhouse as the players' domain, Cora will be out among them, joking around or just checking in. It doesn't hurt that he is only eight years older than first baseman Steve Pearce, and was teammates with second baseman Dustin Pedroia on the Boston team that won it all in 2007.

Holt called Cora "one of the smartest baseball people" he's met, and noted that the manager's ability to speak both Spanish and English also helps him relate to many of the team's Hispanic players.

"He's one of the best communicators I've ever been around in the game," Holt said. "As players, we always know what to expect, what we need to do. You see him in here, joking around with guys. He talks to everyone. I enjoy being around someone who enjoys being around us."

The season-long effort to communicate paid off after Game 3 of the AL Division Series against the Yankees, when Holt became the first player in major league history to hit for the cycle in a postseason game.

Cora texted him that night to say he would be benched for Game 4 in favor of Ian Kinsler.

"I expected it before it even happened," Holt said. "I didn't think anything about it. We all knew what's happening, and what we were trying to do."

Kinsler doubled in the game's first run and the Red Sox advanced to the AL Championship Series.

And Holt was back in the lineup for Game 1 against the Houston Astros. Boston lost that one before winning the next six games, taking a 2-0 lead in the World Series before the Dodgers slowed them down with an 18-inning victory in Game 3. The Red Sox finished Los Angeles off in five games.

Cora is the fifth Red Sox manager to win it all in his first season in Boston, but the first ever to win as a managerial rookie. His .667 winning percentage is also the best in franchise history.

Asked this week if there was anything he learned last year that he would do differently in his second season, Cora noted that it was coach Ramon Vazquez's wife's birthday, and that was an unexpected setback for the staff in 2018.

"He forgot about it last year," Cora said with a laugh. "So we made a point to FaceTime her. She's in California, and we have a cake and balloons and everything. So we're making adjustments on the fly.

"We made sure he didn't forget this year," Cora said. "Yeah, I mean, teamwork."