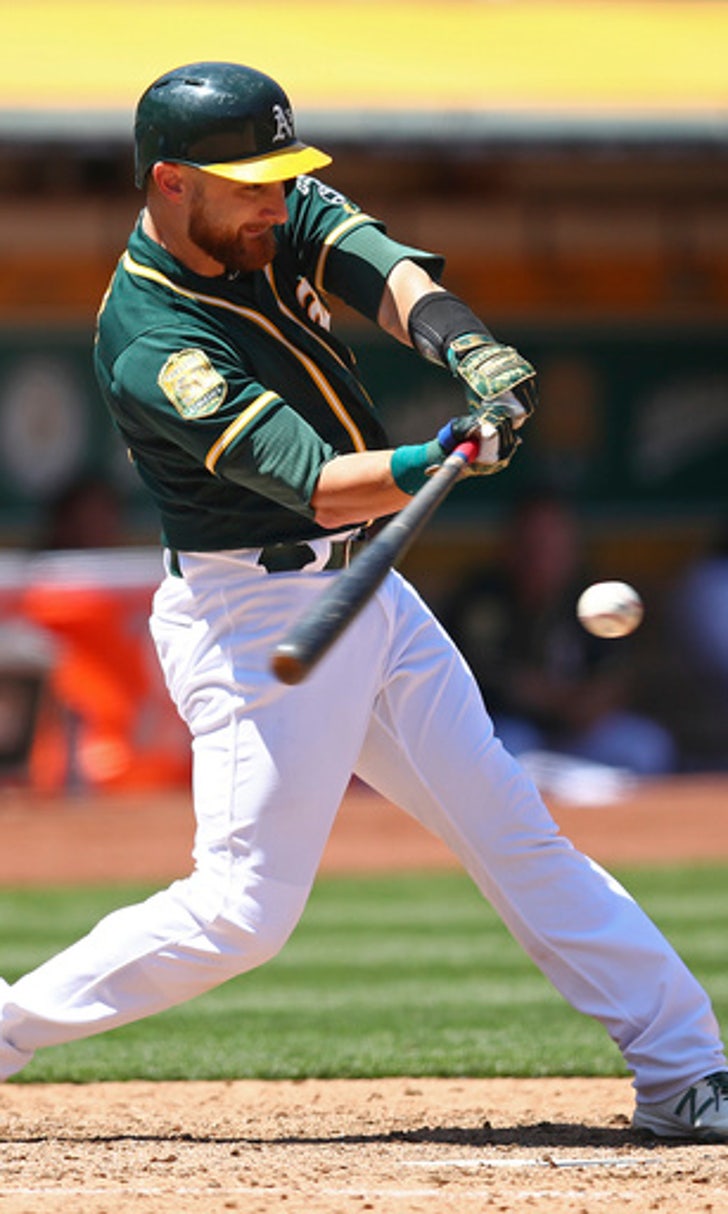 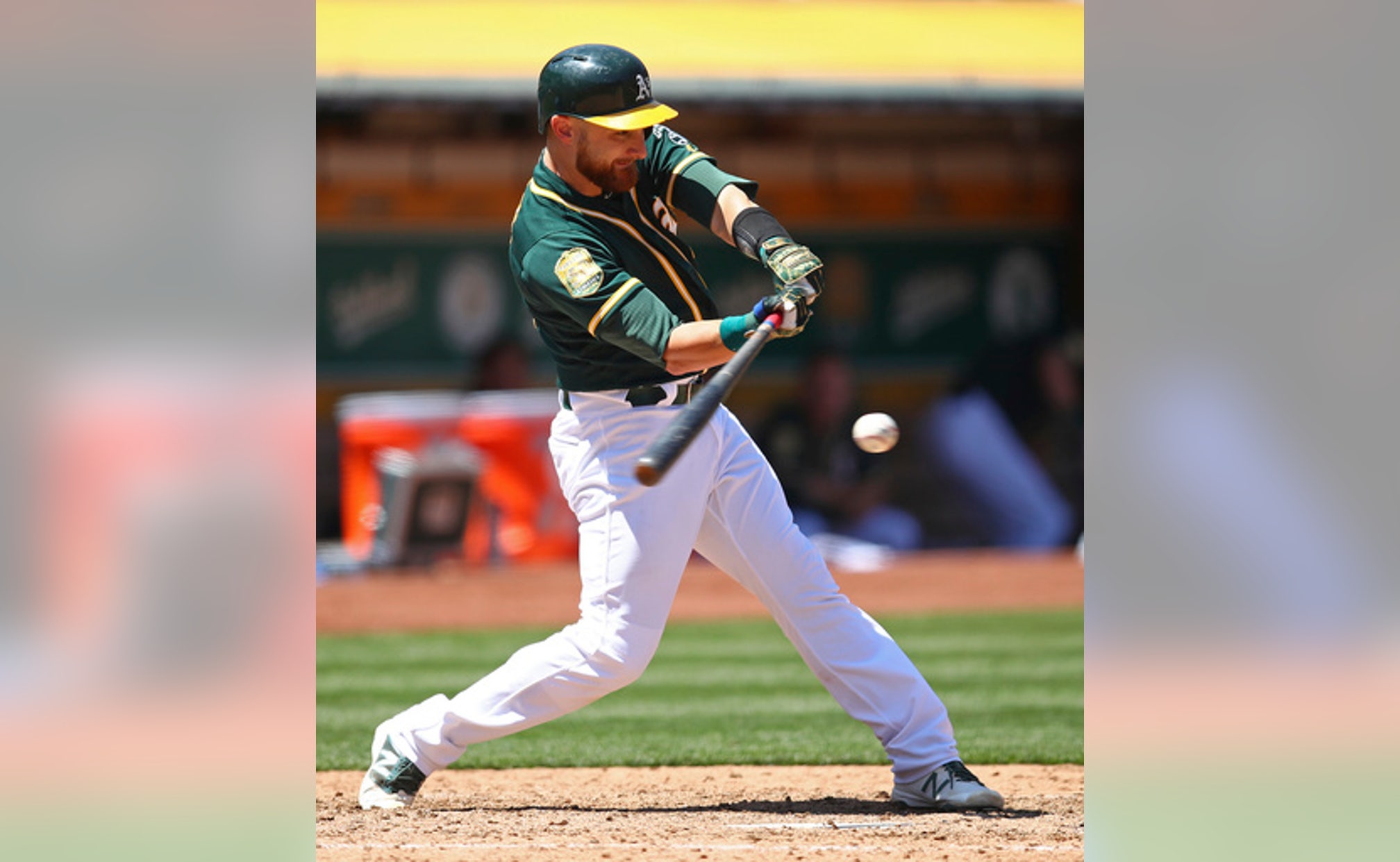 OAKLAND, Calif. (AP) For a guy who has been a middle-of-the-order hitter most of his career, Jonathan Lucroy is quite comfortable anchoring the bottom of the Athletics lineup.

Oakland's veteran catcher proved that once again after convincing manager Bob Melvin to let him play in a day game following a night game.

Lucroy drove in four runs to match his season high and the A's completed a season sweep of Toronto, beating the Blue Jays 8-3 on Wednesday.

''This is a workhorse, a guy that expects to be back there,'' Melvin said of Lucroy. ''He had eight or nine RBIs in his last 10 games and had four more today. Not only is he doing his job behind the plate, he's picking up the pace offensively and driving in some runs, too.''

The A's won all seven games between the two teams this year for their first season sweep of the Blue Jays.

Oakland also moved into a tie with Seattle for the second wild card. The Mariners lost to Houston 8-3.

''When you have a real deep lineup, sooner or later someone in the lineup's going to get you,'' Lucroy said. ''Might not be the first five guys, might not be the last four guys. It could be anyone in between.''

''All three days we didn't get really any shutdown pitching at all from our bullpen guys,'' Blue Jays manager John Gibbons said. ''We haven't been scoring much either.''

Sean Manaea (10-7) bounced back from a shaky outing in Colorado, pitching effectively into the seventh inning and allowing one run while frequently working through traffic. He gave up five hits, struck out five and walked two.

''They did a great job of putting the ball in play, early in the count and late in the count,'' Stroman said. ''Frustrating. My stuff felt great.''

Oakland backed Manaea with plenty of offense, most of it supplied from the bottom half of the lineup. The final five A's batters combined for 11 hits and drove in seven runs.

''We don't have a lot of experience overall in our lineup but we have guys that can swing it and guys that can hit up and down,'' Lucroy said. ''It's really cool to be a part of. Whenever you have that kind of depth in your lineup it's devastating for starting pitchers that we're facing.''

Barreto followed Lucroy in the lineup and had a two-run double in the sixth and homered in the eighth. Barreto started in place of All-Star second baseman Jed Lowrie.

Russell hit his ninth homer, a two-run drive off Ryan Buchter, in the eighth.

The A's made a flurry of moves after the game. CF Dustin Fowler was optioned to Triple-A Nashville. OF Boog Powell was reinstated from the disabled list and sent to Nashville. RHP Carlos Ramirez was designated for assignment.

Melvin's 601st career win as manager of the A's moved him into sole possession of third place on the franchise list. ... Oakland 3B Matt Chapman has reached base in a career-high 18 consecutive games. ... Martin's home run was his 63rd with the Blue Jays, tying him with J.P. Arencibia for second-most in team history by a catcher. ... Randal Grichuk has 10 extra-base hits in his last 13 games.

Athletics: OF Chad Pinder, who injured his left elbow in a car accident in Colorado, has been taking groundballs and could begin swinging a bat Friday. ... RHP Daniel Gossett underwent Tommy John surgery. ... RHP Andrew Triggs (right arm nerve irritation) played catch for the second time in three days but has yet to throw off a mound.

Blue Jays: No starter had been named for Thursday's game in Seattle.

Athletics: LHP Brett Anderson (2-3, 5.55) faces the Detroit Tigers at the Coliseum on Friday. Both of Anderson's wins have come since he came off the disabled list July 8.

Turner Exits Game, Returns: A Timeline
MLB has made a statement on Justin Turner's decision to celebrate with his team postgame. Here is all the latest.
16 hours ago
those were the latest stories
Want to see more?
View All Stories
Fox Sports™ and © 2020 Fox Media LLC and Fox Sports Interactive Media, LLC. All rights reserved. Use of this website (including any and all parts and components) constitutes your acceptance of these Terms of Use and Updated Privacy Policy. Advertising Choices. Do Not Sell my Personal Info