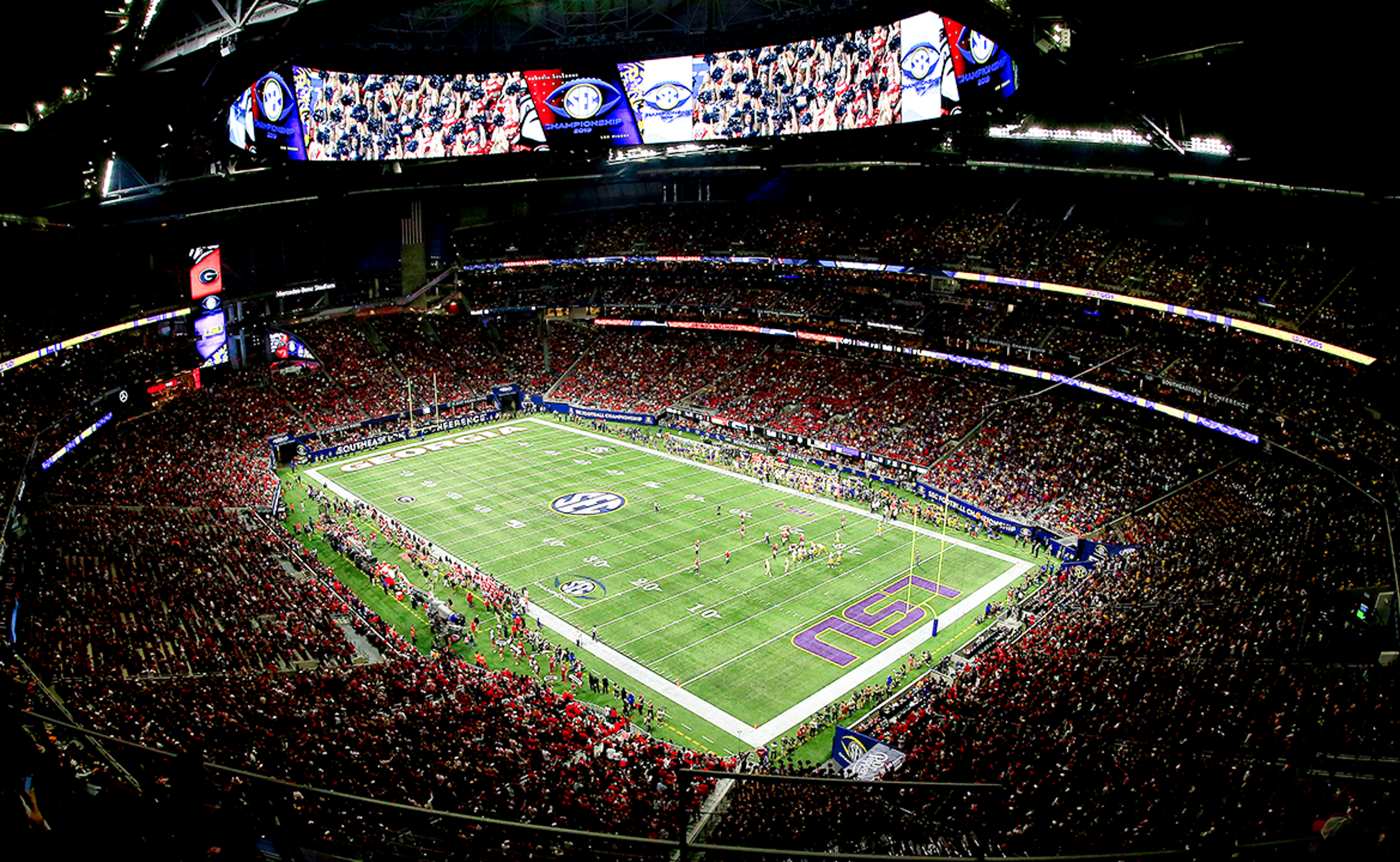 Saturdays down South are back, as SEC football returns on Saturday.

Ahead its debut, here's everything you need to know about the upcoming SEC season:

Each team will play a 10-game conference-only slate in the regular season.

FOX Sports CFB analyst Joel Klatt believes the conference-only schedule will be a huge benefit amid the pandemic, assuming it will create consistency and familiarity for the southern squads.

“I don’t think you’re going to see the stops and starts we’re seeing in some of these other conferences like the ACC and the Big 12, where you’re seeing postponements, game cancellations. They’re not trying to play out-of-conference games, so you’re going to have [the same] protocols with every team that steps on the field."

All Division I teams were eligible for the preseason AP Top 25, but after the season began, only teams scheduled to play could be included.

While the Big 12 and ACC have already taken to the field, a few SEC teams waiting in the wings were included on the most recent AP Poll.

Five of the top 10 teams on the list are from the SEC, with two more featured in the Top 25.

The expectations loom large for coach Dan Mullen and QB Kyle Trask as they travel to take on the Rebels. Mullen will look for a repeat of the last time he visited Vaught-Hemingway stadium, coming out with a 55-20 victory in 2016 as the coach of Mississippi State.

Both of these teams come in ranked for a high-stakes conference matchup.

Auburn QB and rising star Bo Nix will look to improve on an impressive true freshman campaign in 2019.

Mississippi State at No. 6 LSU

First-year Mississippi State coach Mike Leach and his QB KJ Costello will make their SEC debut in the Bayou. Meanwhile, LSU starter under center Myles Brennan will look to pick up where Joe Burrow and the defending national champion Tigers left off.

Bo Nix was last season's SEC Freshman of the Year, leading Auburn to a 9-4 record and capping the season with a big 48-45 win in the Iron Bowl over Alabama.

Smith lead Alabama in receiving yards (1,256 yards) and TDs (14) last season, and is poised to have a monster campaign in his final year, with star receivers Jerry Jeudy and Henry Ruggs III now in the NFL.

What About the Fans?

The SEC will allow fans in the stands, and released health and safety protocols for the 2020 fall football season on Aug. 18. However, the ultimate decision regarding fan attendance was left up to the 14 schools individually.

The league did not announce a cap on attendance, and instead encouraged teams to adhere to state and local guidelines.

Georgia announced on Aug. 19 that it plans to limit attendance to between 20 and 25 percent capacity at Sanford Stadium.

Vanderbilt announced on Sept. 11 that it will not have fans through the end of October.

Usually slated for November, Georgia will challenge Auburn on Oct. 3.

Georgia plays its first game at Bryant-Denny Stadium since 2007 on Oct. 17 when the Bulldogs face Alabama.

On Nov. 14, the Crimson Tide head to Death Valley to take on LSU.

The famous Iron Bowl is set for Nov. 28, with Auburn traveling to take on Alabama.

According to Klatt, there are quite a few SEC teams that could make noise this season. 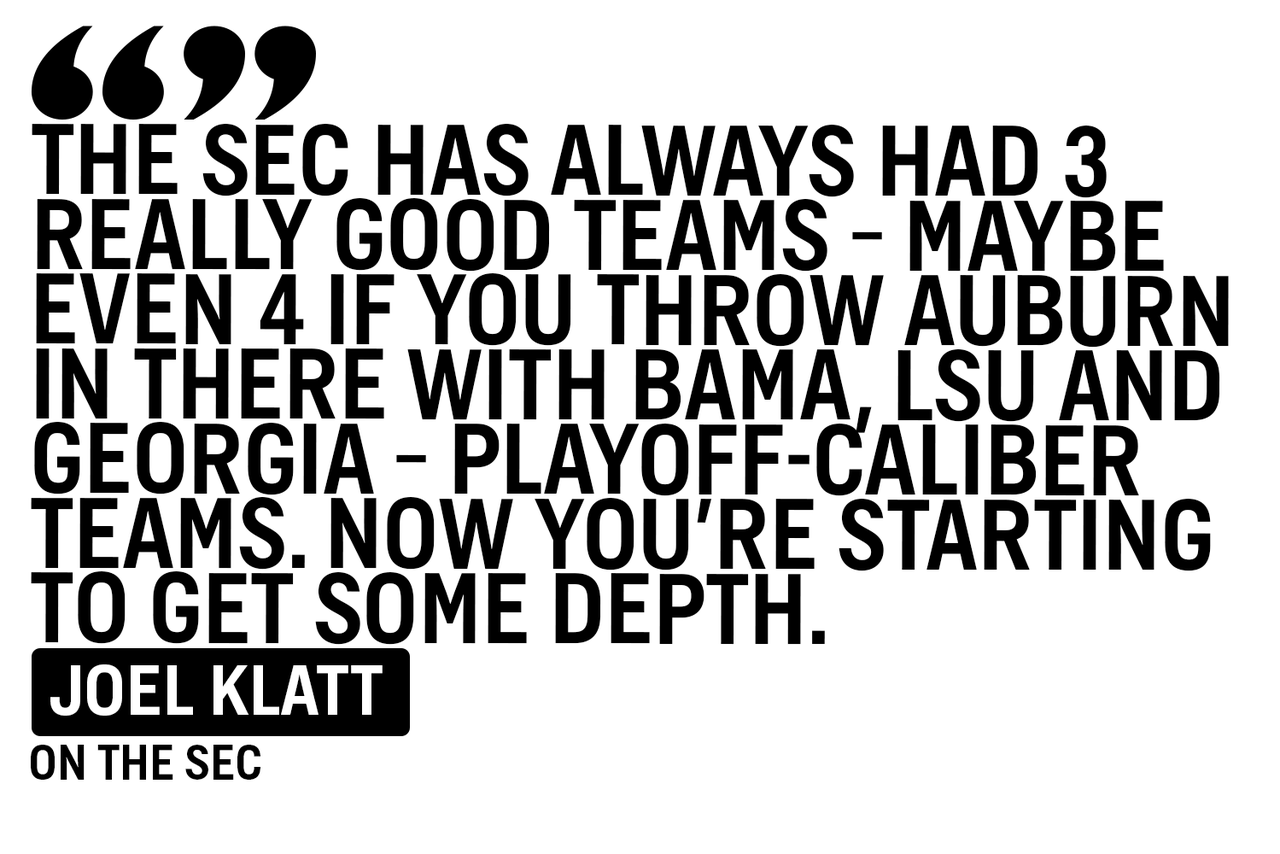 SEC schools have won three of the six national championships during the College Football Playoff era, not to mention the conference has the most CFP appearances (7).

And despite conferences beginning their fall football schedules at different times, the seventh season of the College Football Playoff will go on as planned.

The schedule is already locked in, including all New Year's Six games.

The Cotton Bowl will be played on Dec. 30, and the Peach Bowl, as well as the two College Football Playoff semifinals – the Rose Bowl and Sugar Bowl – will all be played on Jan. 1. The Fiesta Bowl is set for Jan. 2, with the Orange Bowl taking place later that day.

The CFP National Championship Game is on the books for Jan. 11 at Hard Rock Stadium in Miami Gardens, FL.