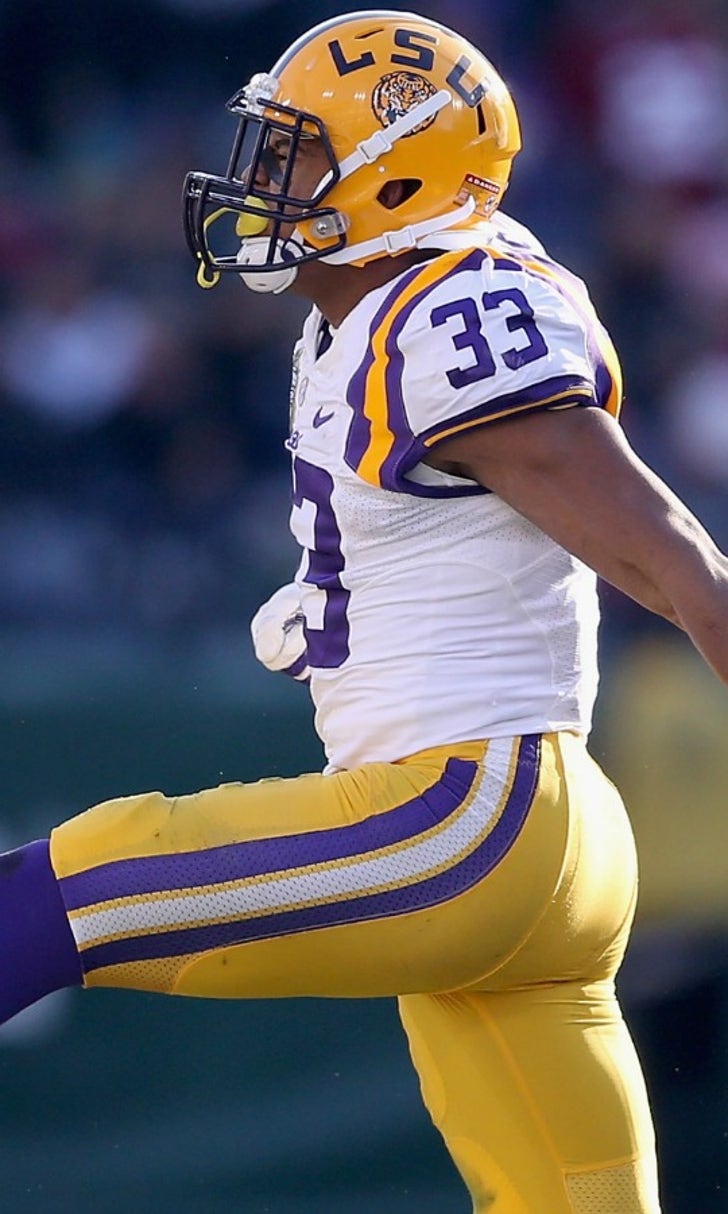 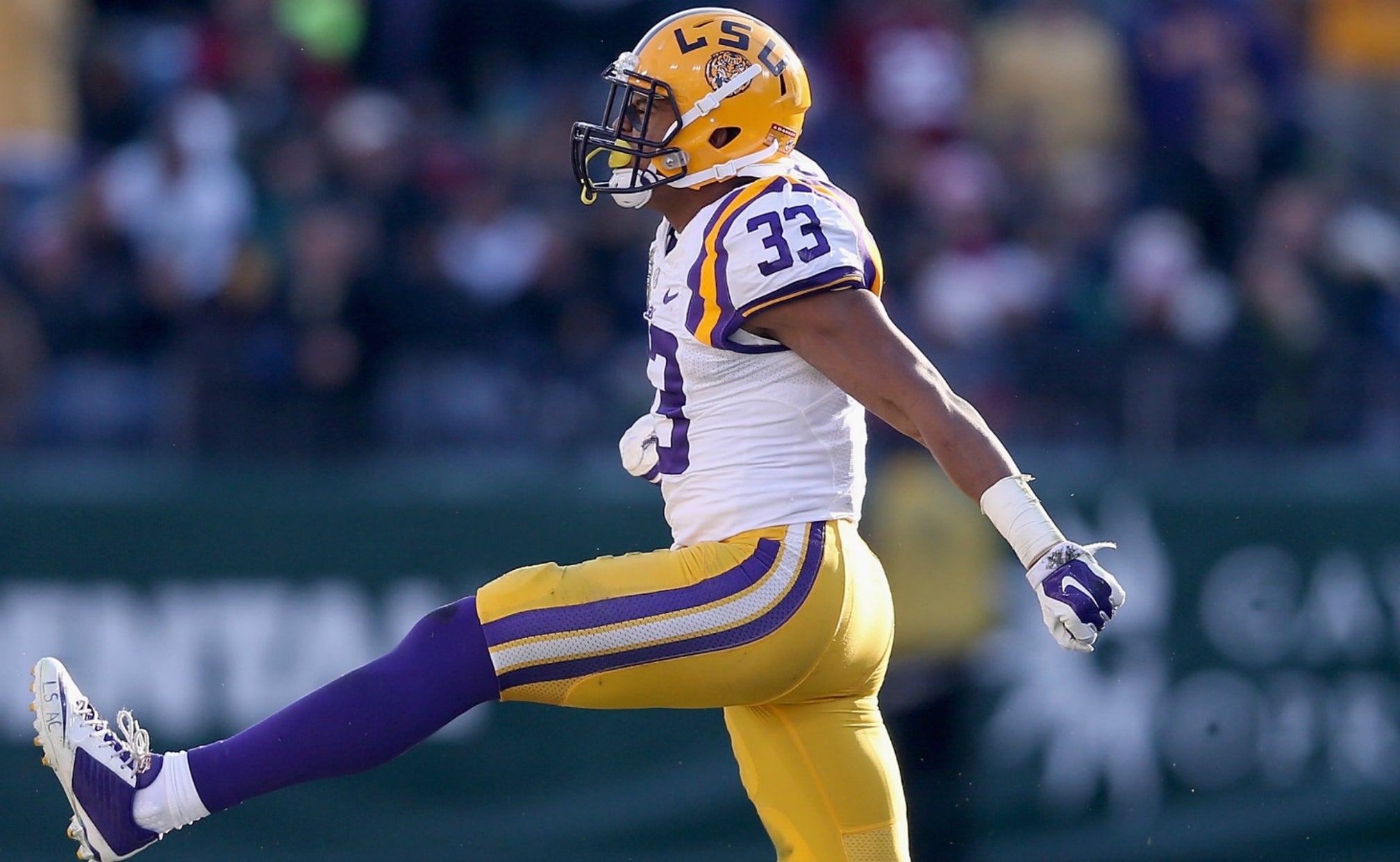 The 10 best secondaries in college football 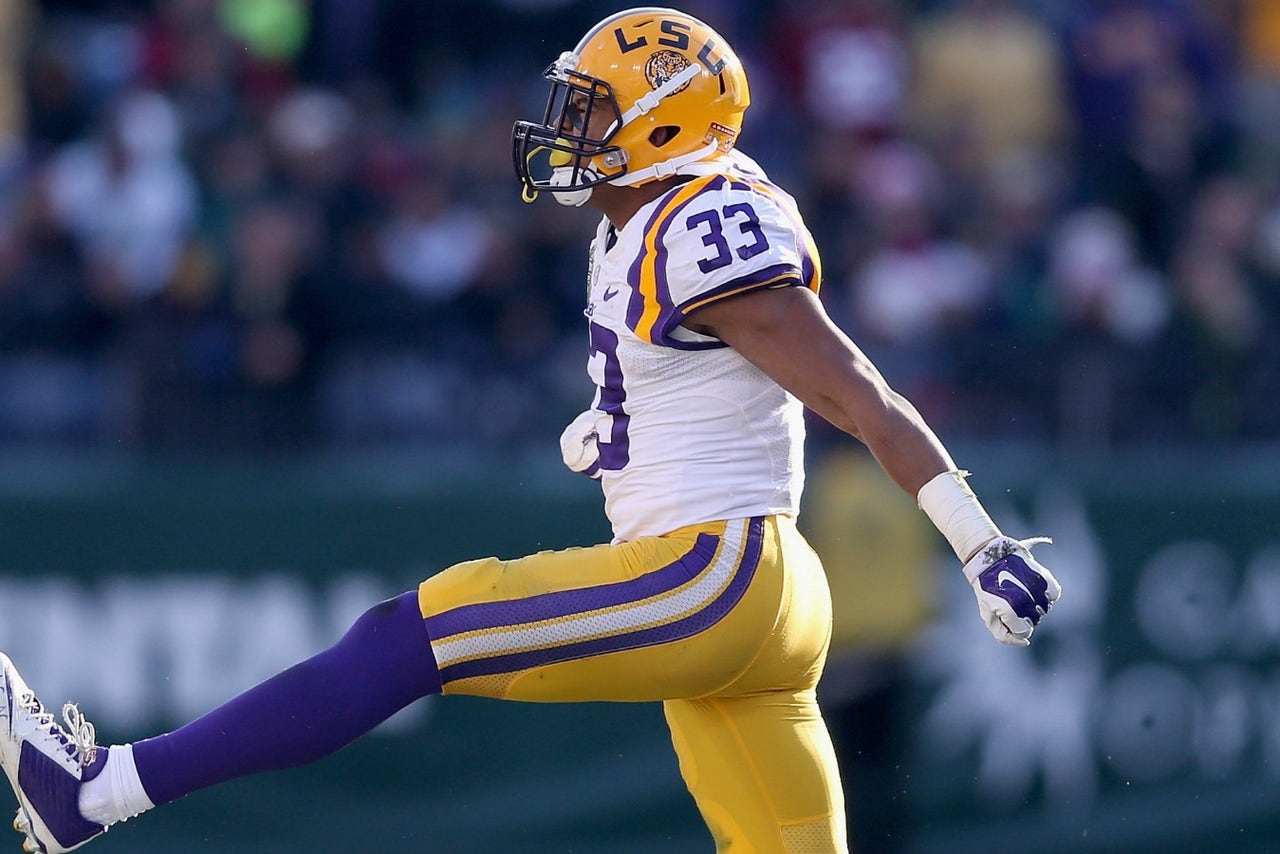 Last week, we sized up the nation's Top 10 defensive line and linebacker groups. Up next, we'll round out the defensive rankings with the country's top secondaries.

"DBU" is ready for a big year with new DC Dave Aranda taking over the defense. Tre'Davious White at cornerback, is smart, has good quickness and should be one of the top DBs in the country. A 345-pound bencher, he's also one of the stronger corners around. Kevin Tolliver the other projected starter corner, at 6-2, he terrific length and was really impressive as a freshman a few years ago. He returns although he was sidelined in the spring with a shoulder injury. Top recruit Saivion Smith, an early enrollee who also had terrific size and range at 6-3, 191, used Tolliver's absence to show what he could do and impressed the Tigers' staff. He's capable of playing either safety or corner. Kristian Fulton, another blue-chip CB recruit, also could end up pushing for playing time. He may be too gifted to keep on the bench this fall. Sophomore Donte Jackson, who has blazing speed and elite change-of-direction, may be the most talented corner in the program.

Safety Jamal Adams can be an enforcer at safety. The 6-1, 210-pounder has 129 tackles in his first two seasons at LSU and produced four INTs in 2015. Folks inside the program gush about his talent, about how tough he is in run support, his ability to play in space and the presence he has. If he can become more consistent, he should be in the running for All-American honors. Rickey Jefferson, who started nine games last year with Jalen Mills injured, also is back as is senior Dwayne Thomas (five starts at corner, four starts at nickelback).

The only group in the Pac-12 that produced more INTs (15) than TD passes allowed (11) last year despite facing some potent offenses, the Huskies' DBs should be better in 2015. UDub has two excellent, long, athletic corners in 6-1 Sidney Jones (four INTs, four forced fumbles) and 6-2 Kevin King (three INTs). Budda Baker at safety is a leader with superb range and field vision who Chris Petersen raves about. Darren Gardenhire and JoJo McIntosh also will be factors for the Huskies.

Nick Saban may have had to replace his DC and his secondary coach from last year (both Kirby Smart and Mel Tucker left for UGA) but there's still loads of talent here for Jeremy Pruitt, the new defensive coordinator. Corner Marlon Humphrey is coming off a breakout redshirt freshman season in 2015. The 6-1, 200-pounder had 45 tackles and three INTs proving to be the team's top coverman. Minkah Fitzpatrick had a good freshman season last year as well. Coaches love his versatility and football smarts. He broke up 11 passes and had two INTs returned for touchdowns. Converted corner Eddie Jackson had a pretty smooth transition to safety and tied for the SEC lead with six interceptions. The other safety should be huge Ronnie Harrison, a 6-3, 220-pound sophomore with terrific range who saw a lot of action as a freshman last fall and did start the Texas A&M game. Talented young Kendell Sheffield may be even more suited to playing the corner than Fitzpatrick and will push for playing time along with Anthony Averett.

This ranking would be higher if former five-star recruit Jabrill Peppers wasn't moved over to linebacker in new DC Don Brown's scheme, although he will still be a factor in the secondary in coverage. The real headliner is still here though in Jourdan Lewis, graded by the analytics folks at Pro Football Focus as the nation's top cornerback. He was a big reason why the Wolverines led the country in allowing the lowest completion percentage (47.5 percent) and in fewest yards per pass attempt (5.4). Lewis (20 passes broken up in 2015) is not a big corner at 5-10, 175 but he's very quick and smooth and is willing to be physical. The other corner will likely either be Channing Stribling who had a good game against UF in the bowl rout and a strong spring or 6-4, 210-pound Jeremy Clark, a guy who has started 13 games in his UM career. Demonte Thomas and Delano Hill (13 career starts), another pair of seniors, figure to start at safety.

The Gators lost a stud in CB Vernon Hargreaves but they're still loaded. Jalen Tabor was arguably just as good last year. Tabor is exceptionally quick and came up with four INTs and 12 passes broken up in 2015. Rangy Quincy Wilson is another terrific talent at cornerback. Duke Dawson, the nickel back, had a strong spring. Senior Marcus Maye, a 215-pounder who can run sub-4.5, had a huge 2015 with 82 tackles and five forced fumbles and two INTs. Nick Washington is expected to start at the other safety spot. All of them can really run. Keep an eye on touted DB recruit Chauncey Gardner who enrolled early and turned heads and figures to challenge for playing time at safety because, as Maye says, he runs well and is very physical. 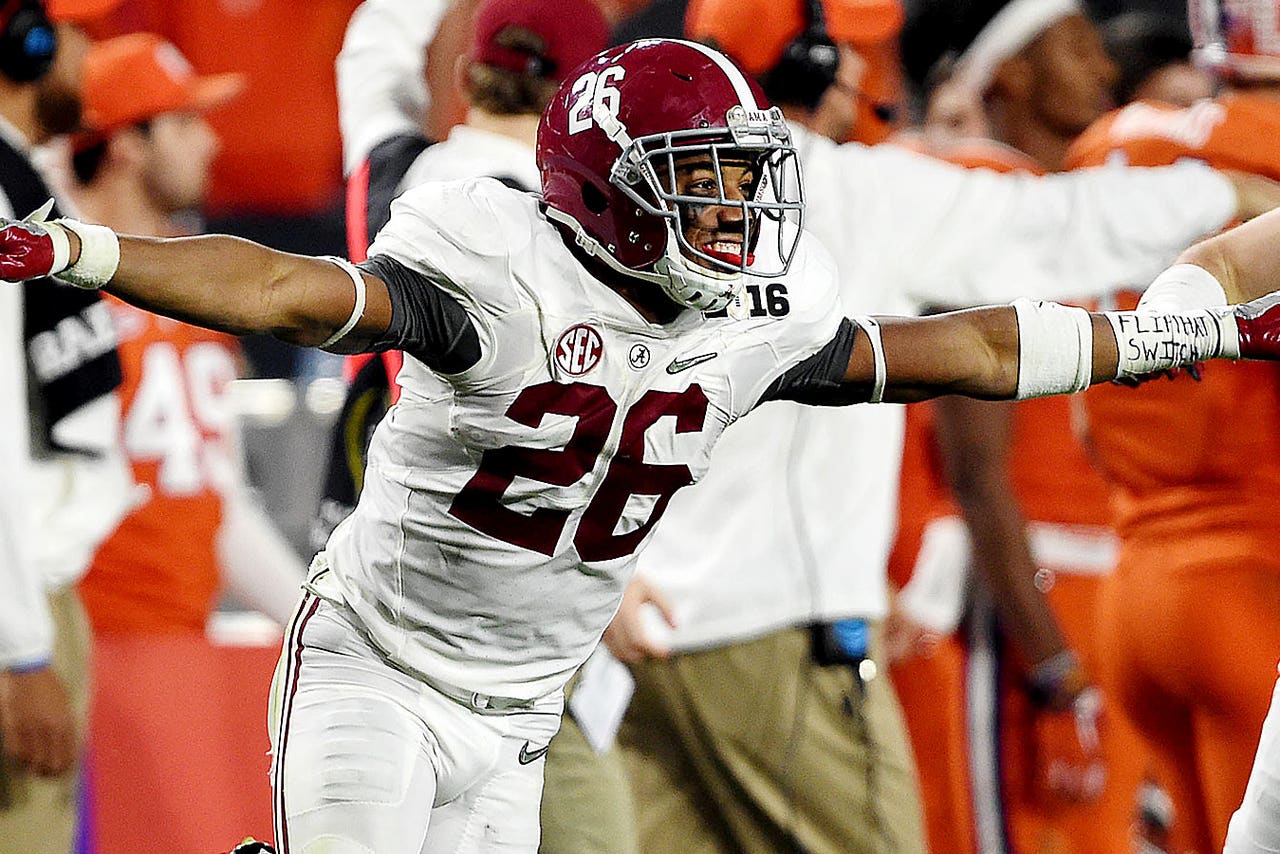 Marlon Humphrey will be an asset for Nick Saban.

All-American DB Jalen Ramsey left early for the NFL, but this group is still terrific. The new star is sophomore safety Derwin James who had a monster rookie season, making 91 tackles, 9.5 TFLs, 4.5 sacks and had two forced fumbles. James is big, physical and explosive. He will be used as an X-factor guy deployed all over the place to rattle opposing offenses. Junior Trey Marshall, who missed a big chunk of last season after tearing his biceps, is back and should be in the mix for all-league honors. Corner Marquez White is back for another season as a starter after a solid 2015. The battle for boundary corner is likely between two guys with the size for it, Tarvarus McFadden and Marcus Lewis. Both are about 6-1, 200 and have good athleticism, as does 5-11, 185-pound Levonta Taylor, a guy many recruiting observers saw as the nation's top CB recruits last winter.

Kirk Ferentz got great news when All-American Desmond King opted to return for another season rather than bolt for the NFL. He is a true ballhawk and picked off eight passes to go with 13 passes broken up in 2015. He's also a superb tackler. Former wideout Greg Mabin, the other corner, has good length at 6-2, 190 and will be a three year starter although he is coming off a shoulder injury. Junior Miles Taylor (69 tackles) returns after starting all 14 games at strong safety. Brandon Snyder, a good all-around athlete with size at 6-1, 210, moves into the free safety slot and should round out a really strong starting four. 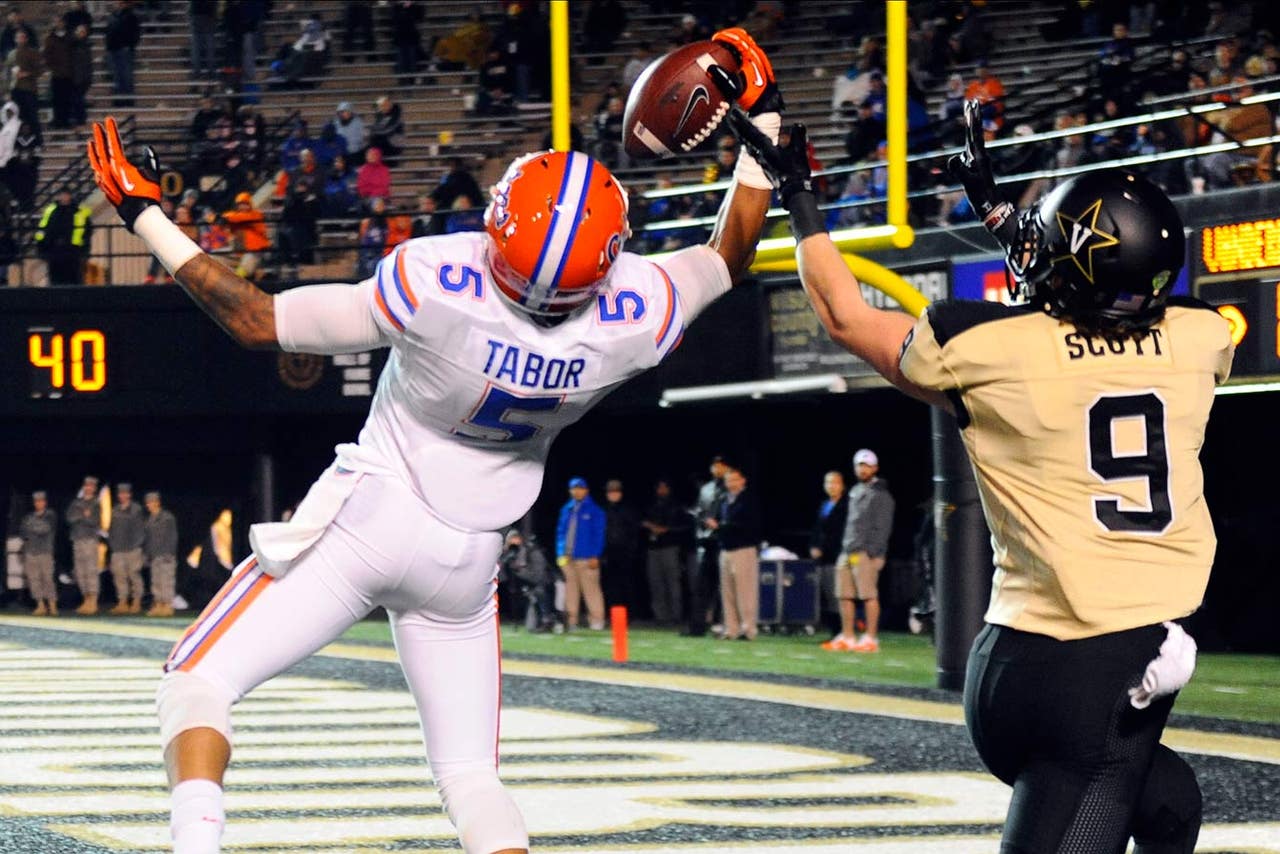 Jalen Tabor is a playmaker for the Gators

The corners should be superb. Adoree' Jackson is as dynamic an athlete as there is in college football. He had 67 tackles and three INTs in 2015. The other starter is a physical one in Iman Marshall who is 6-1, 200 and looks even bigger than that. The Trojans have decent depth behind them in Isaiah Langley and Jon Lockett, but they could get passed up by five-star freshman Jack Jones, who is just a play-maker with excellent feet. The Trojans also have four pretty good safeties in John Plattenburg, Chris Hawkins, Marvell Tell and former five-star recruit Leon McQuay. Expect this group to take a big step forward with the return of DC Clancy Pendergast to Troy.

The Spartans' linebackers could be great, but this secondary should be excellent. too. Three starters are back. Sophomore Vayante Copeland has as much talent as any of the recent MSU first-round DBs. Spartans coaches love his quick feet, his ball skills and how sure of a tackler he is. His 2015 was cut short after he suffered a neck injury last September, but he's expected back for a big 2016. Senior Darian Hicks returns at the other corner as does safety Demetrious Cox (who at 6-1, 200 also has the wheels to have started eight games at corner and was picked by the Big Ten coaches for third-team all-league) and 6-2, 220-pound Montae Nicholson.

Zach Sanchez is gone the other three starters are back. Some folks in the Big 12 think Jordan Thomas was actually the more talented Sooner cornerback last year. He had five picks in 2015 although we'll have to see what his status is since he was charged last month with assault and battery. Safeties Steven Parker and Ahmad Thomas are back after making second-team All-Big 12 last year for what was a much-improved secondary that gave up a full yard less per pass attempt from 2014. Dakota Austin and P.J. Mbanasor, who struggled when pressed into action early last season against Tulsa's high-powered pass attack, will battle to replace Sanchez. 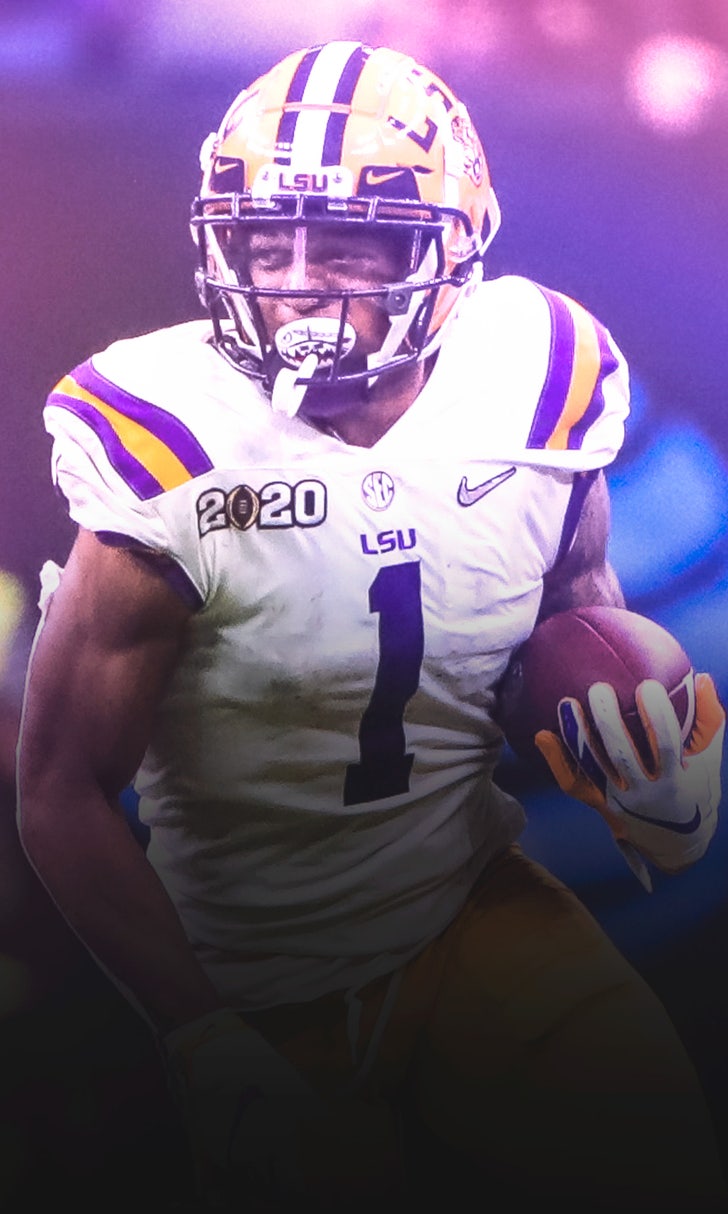 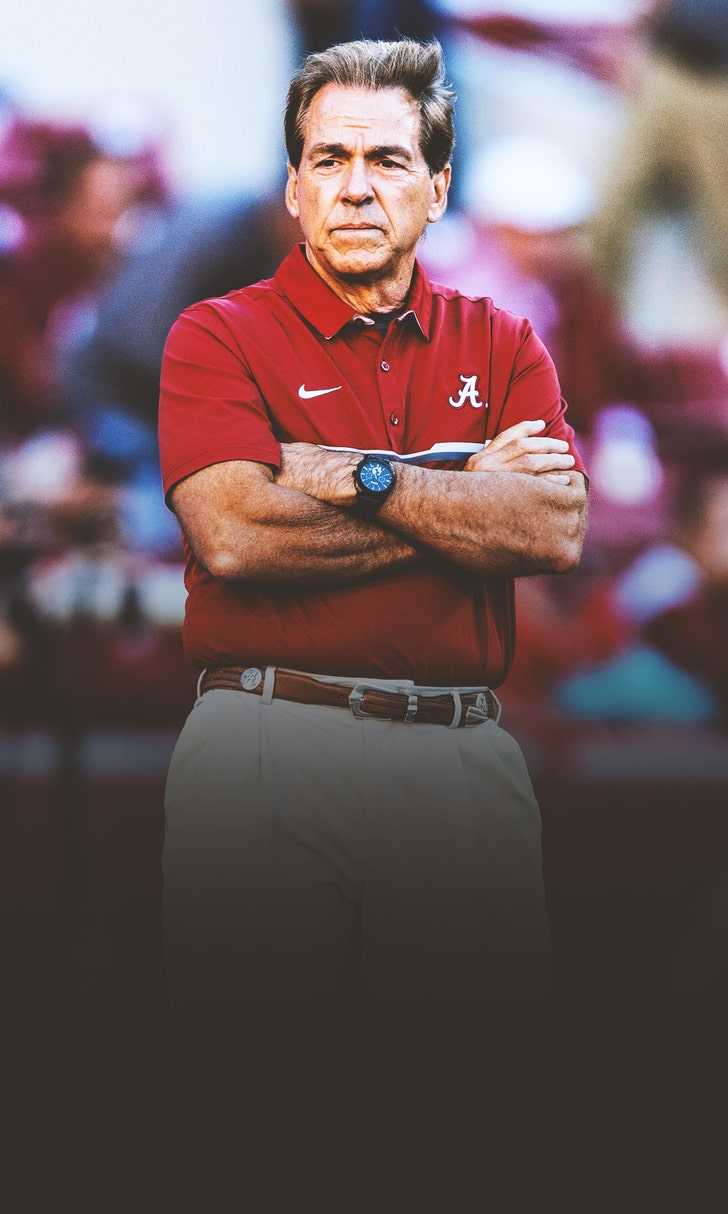