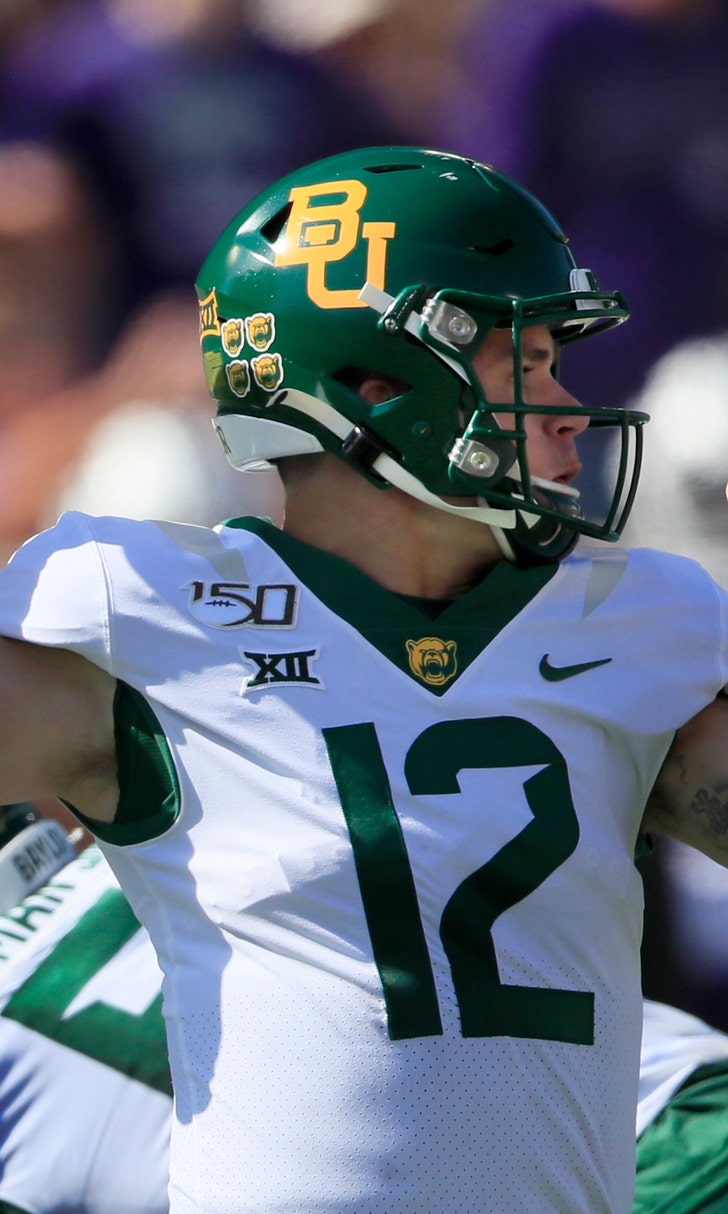 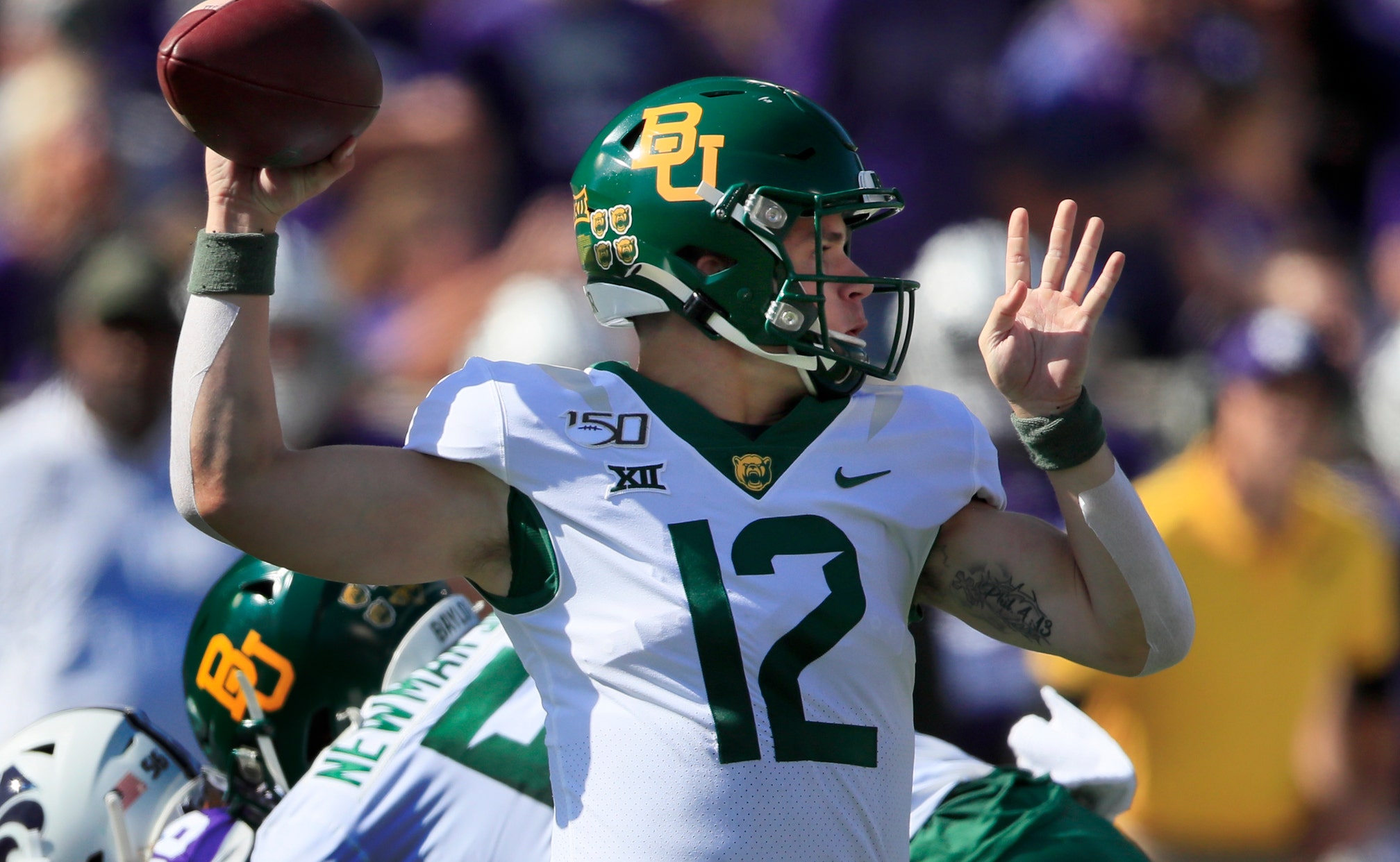 QB Brewer cleared for No. 22 Baylor after taking hard hit

WACO, Texas (AP) — Baylor starting quarterback Charlie Brewer has been cleared to practice and play for the No. 22 Bears, who will be without starting left tackle Connor Galvin.

Coach Matt Rhule said Monday that Brewer is fine after taking a hard hit early in the fourth quarter of Baylor's 31-12 win at Kansas State on Saturday. But Galvin will miss 4-6 weeks with an unspecified lower body injury he suffered early in the first quarter.

Brewer was evaluated after taking the hit and didn't return against K-State. While not elaborating, Rhule described that move as precautionary. The quarterback has thrown for 1,202 yards and 11 touchdowns with no interceptions this season.