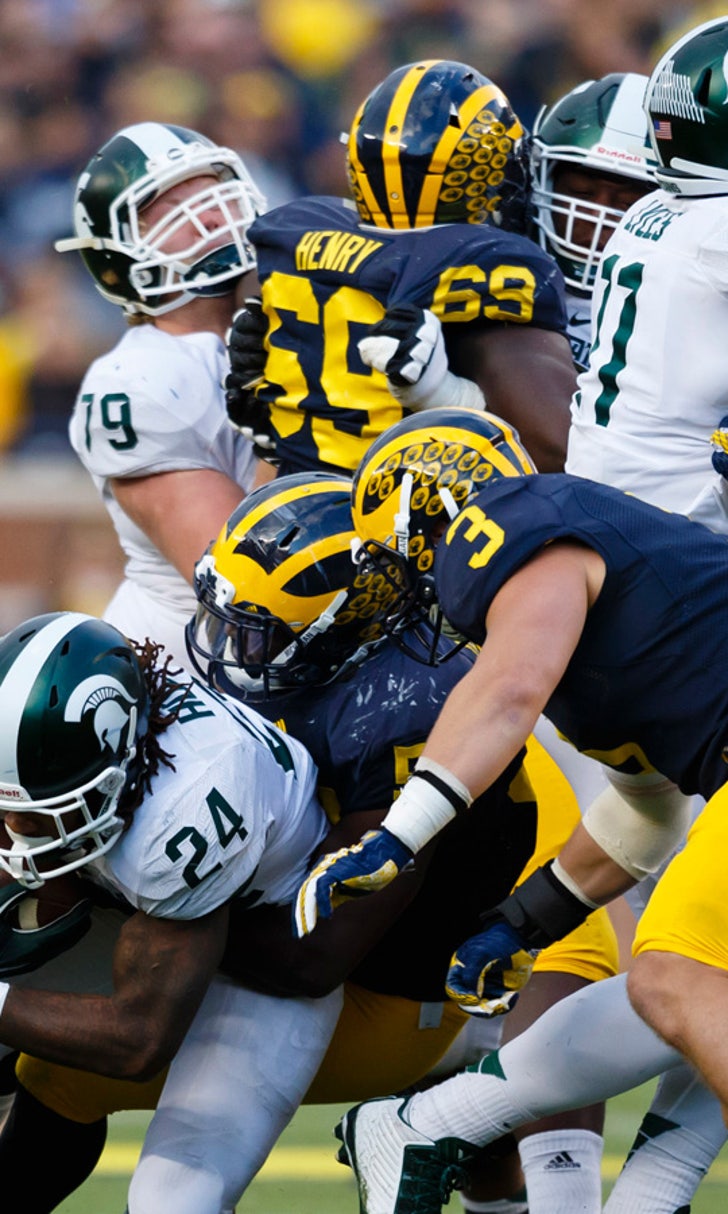 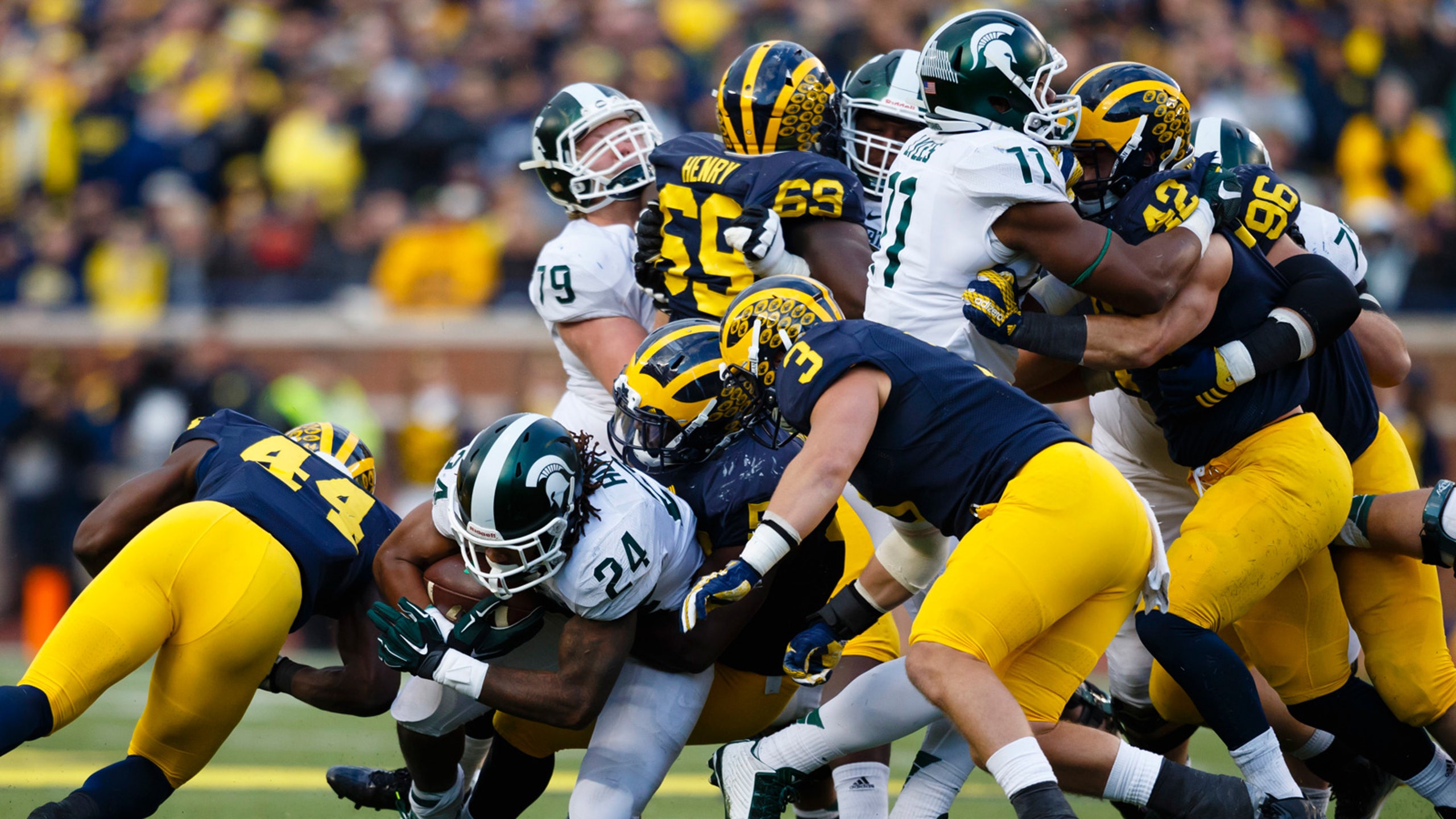 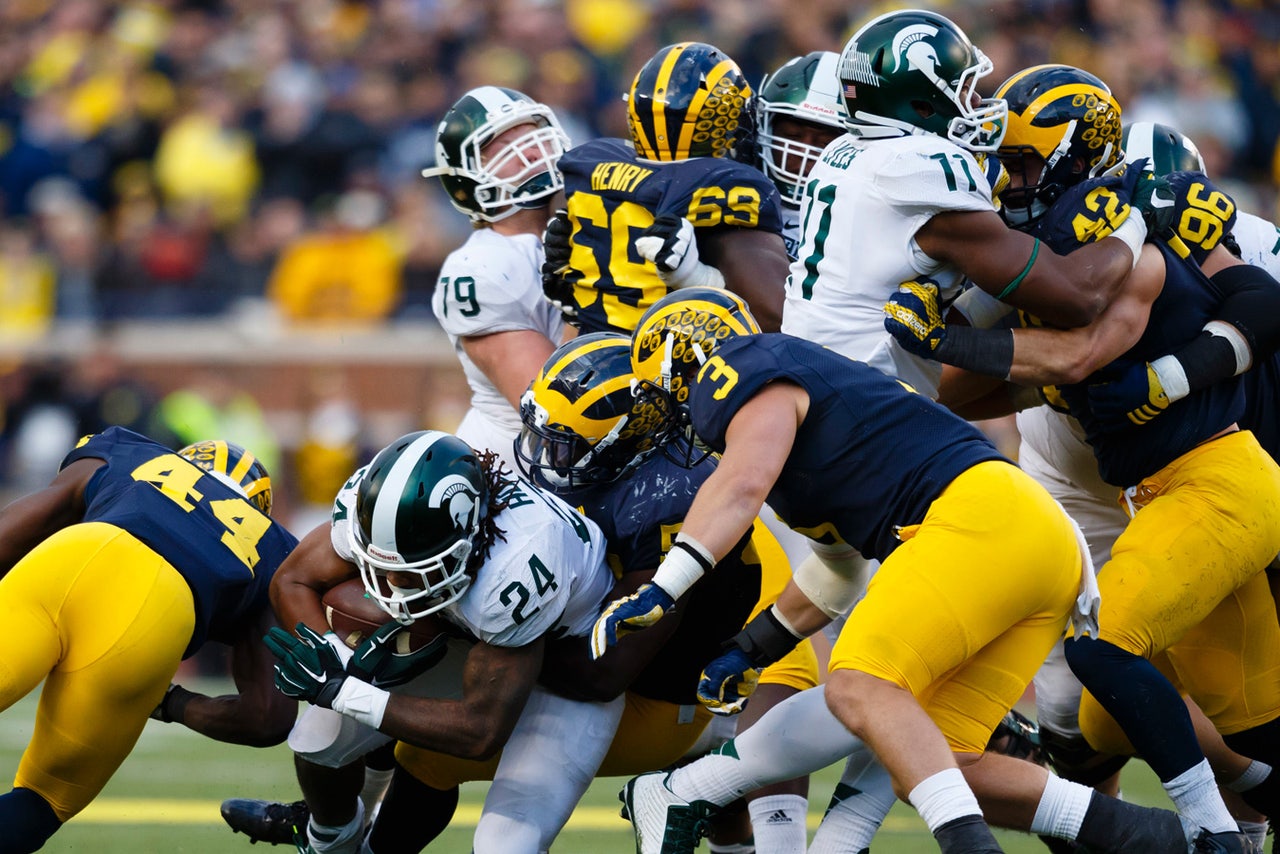 Michigan's hiring of Jim Harbaugh as its new football coach last December was seen by many as a reason to see the Big Ten East division as up-and-coming.

Harbaugh indicated Tuesday it might already be farther along than expected as the Wolverines and Penn State battle to join Ohio State and Michigan State among the nation's elite.

The Wolverines already lost a hard-fought game to the Spartans (in fluky fashion), but they are yet to play the undefeated Buckeyes or the 6-2 Nittany Lions.

"We're still working our way through it," he said Tuesday. "It's very competitive. Better than advertised I would have to say at the halfway point of the Big Ten schedule. Been impressed with everybody we've faced so far. All the teams we've seen on film and the teams we haven't played. As a whole, everybody's doing a tremendous job. Our focus is on Rutgers, and they're a heck of a team."

A crowded pack
Huge wins by Baylor and Illinois on Super Tuesday proved they might be up to the task of knocking off No. 1 Gonzaga in March.
12 hours ago