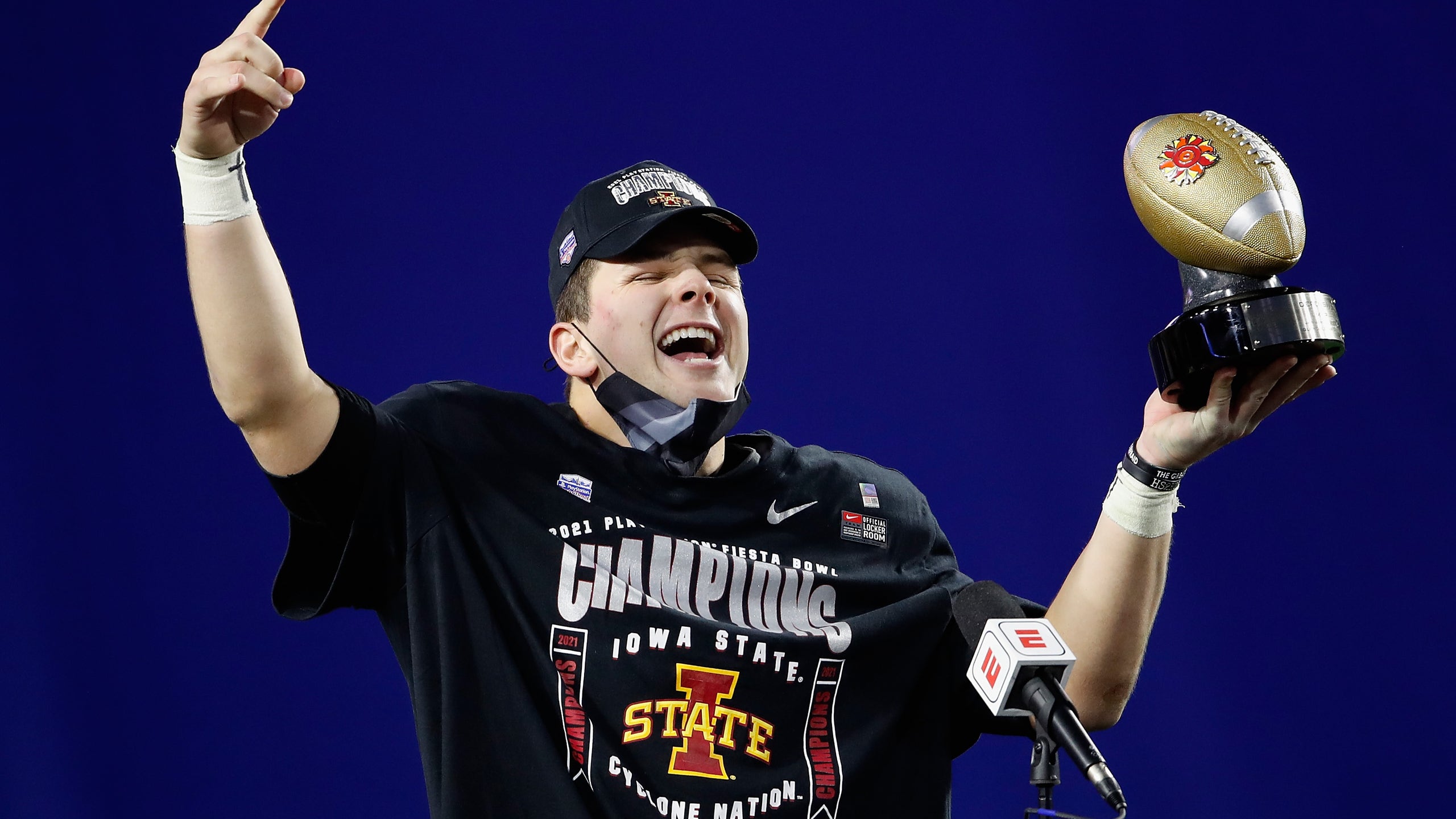 Though the national championship might be set with Alabam and Ohio State coming out victorious in their playoff games on Friday, there are still major bowl games remaining to be played.

And those bowl games feature some of the elite programs in college football.

First up on Saturday, there was No. 25 Oregon facing off against No. 10 Iowa State in the PlayStation Fiesta Bowl.

And then, No. 5 Texas A&M battled with No. 13 North Carolina in the Capital One Orange Bowl.

Here are the top takeaways from each matchup.

Oregon entered the Fiesta Bowl riding high off of their stunning win over USC in the Pac-12 Championship game, but their good fortune ran out against the Iowa State Cyclones in the Fiesta Bowl.

The Cyclones dominated the time of possession, holding the ball for nearly 43 minutes of game action, never allowing the Ducks to get into a rhythm offensively, and wearing down their defense methodically.

In securing the 34-17 victory against Oregon, the Cyclones made history and solidified themselves as arguably the best team in program history.

Iowa State ran for 228 yards as a team, led by their All-American sophomore running back Breece Hall recording 136 yards and two rushing touchdowns.

The Cyclones offense hummed all night, but they were buoyed by a dominant defensive effort, mainly from junior linebacker O'Rien Vance, who was named defensive MVP.

Oregon turned the ball over four times, contributing to the Cyclones game of keep away which ultimately led to their demise.

The North Carolina Tar Heels entered the Orange Bowl as the team that was undermanned.

The Tar Heels were down their top two running backs in Michael Carter and Javonte Williams, as well as their top receiver Dyami Brown.

But Texas A&M also found itself down its top playmaker tonight when their star running back Isaiah Spiller exited the game with an injury.

And with A&M trailing by 10 entering the fourth quarter, they needed every bit of Achane's brilliance to pull off the victory against the short-handed Tar Heels.

Achane scored both of his touchdowns and ran for over 100 yards alone in the fourth quarter.

While the Tar Heels were undermanned, that didn't stop them from taking a 20-14 lead into the fourth quarter behind the magical play of sophomore quarterback Sam Howell.

Howell completed 18-of-31 passes for 234 yards and three touchdowns, consistently coming up with key plays to keep the Tar Heels in the game even without their full compliment of players.

The performance from Howell was par the course for him through his first two years at North Carolina, with his play even surpassing that of Clemson's legendary quarterback Trevor Lawrence.

But in the end, Texas A&M proved to be too much on the ground for the Tar Heels, rushing 225 yards as a team and scoring five touchdowns on the ground.

Top 10 Heisman Contenders For 2021
RJ Young takes a super early look at which players could compete next season for college football's highest honor.
10 hours ago