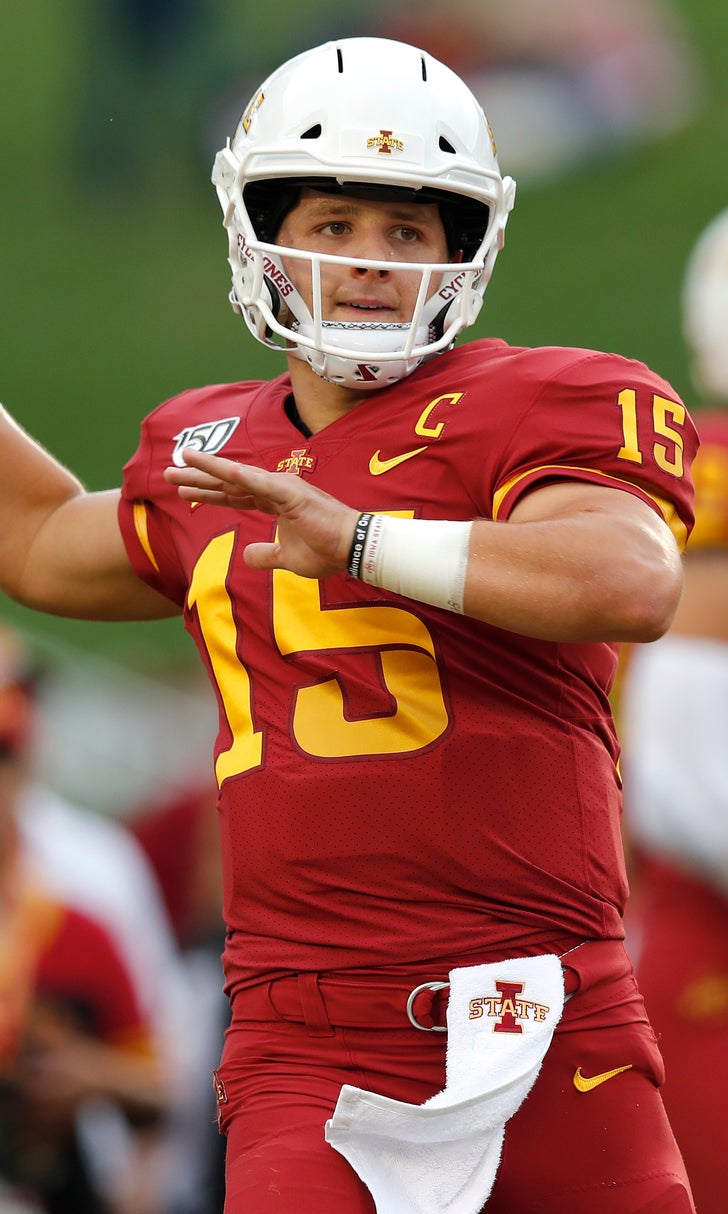 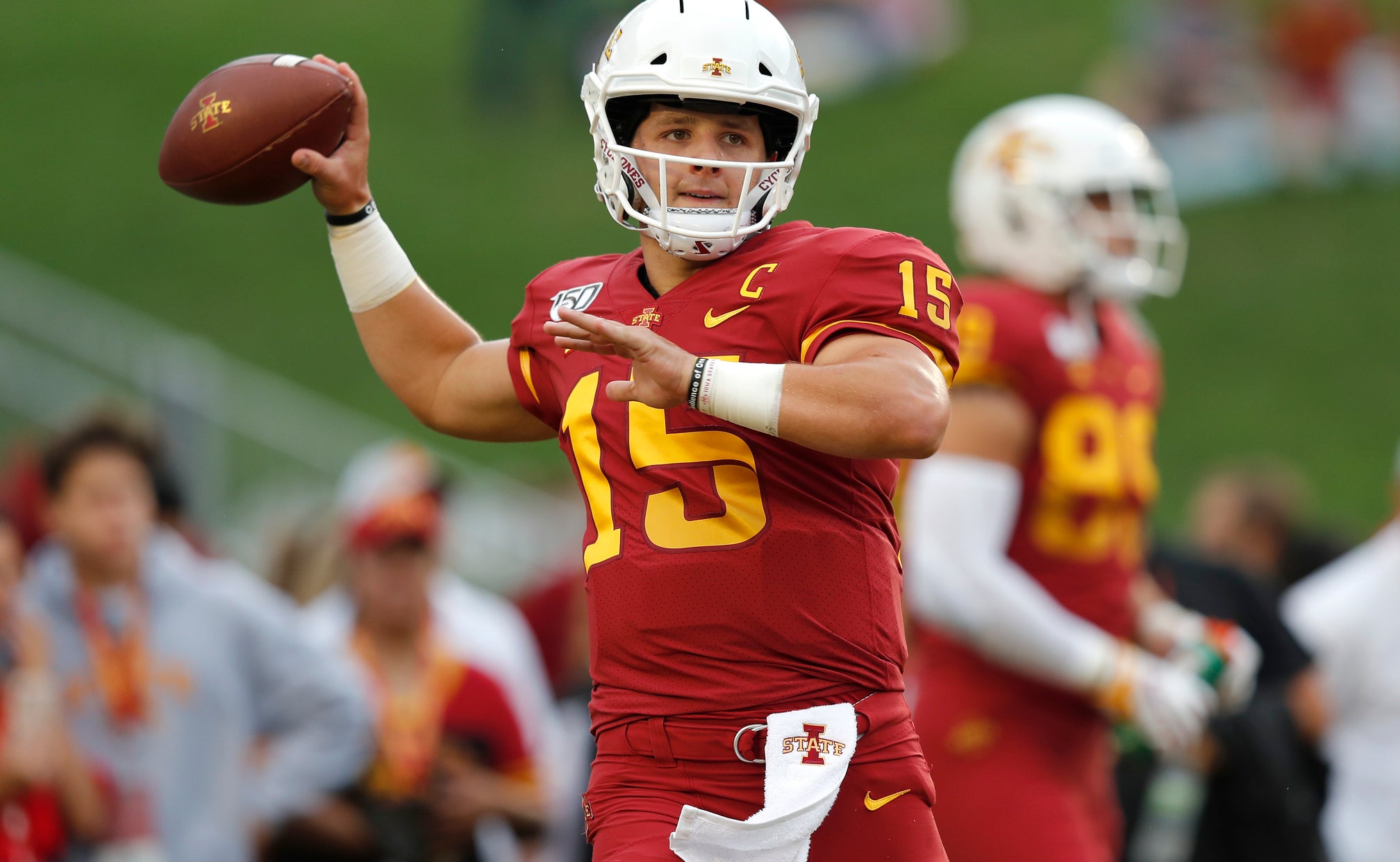 WACO, Texas (AP) — Iowa State coach Matt Campbell is measuring the progress of the Cyclones in terms of three weeks.

Baylor's Matt Rhule can't help but think of where his Bears have come over three seasons going into the Big 12 opener for both teams Saturday.

The Bears (3-0) are unbeaten through three games for the first time since Rhule took over a program still reeling from a sexual assault scandal in 2017. The coach is looking for his first win in his third try against Iowa State.

"It's nice to have this game be a relevant game," Rhule said. "The first year we weren't a very good team, and last year, we were kind of on the other side of a lot of the games, and now it's time to go out and see if we can play against a Top 25-caliber team in Iowa State."

The Cyclones (2-1) needed three overtimes to beat Northern Iowa in the opener, felt much better about themselves after a one-point loss to 14th-ranked Iowa and did what they were supposed to in a 72-20 rout of Louisiana-Monroe.

For all the progress Iowa State has made in three-plus seasons under Campbell, the Cyclones haven't won a Big 12 opener. In fact, the last time Iowa State started 1-0 in conference by beating a team other than league doormat Kansas was 2001. The opponent back then? Baylor.

The Cyclones beat the Jayhawks twice since, making them 2-15 in Big 12 openers going back to 2002. But this is a group with growing expectations, led by quarterback Brock Purdy on a team with a steadily improving conference record — including winning marks the past two seasons — since Campbell took over.

Iowa State will be trying to pull even with Baylor in the series in the 18th meeting.

Baylor finished a weak nonconference schedule with a less-than-inspiring 21-13 win at Rice a week after the Owls were blown out by No. 11 Texas. The Bears were shut out in the second half and had just 124 yards rushing after averaging 318 yards in victories over Stephen F. Austin (56-17) and UTSA (63-14).

"I did challenge the offensive line, I did not get what I wanted back," Rhule said. "We did not play well up front last week, and obviously going into this week that has to improve immediately."

In the win over Louisiana-Monroe, the sophomore became the first player in Big 12 history with at least 400 yards passing to go with three passing touchdowns and three rushing scores in a game. Purdy set the school's total offense record at 510 yards, and Iowa State had a team-record 714 yards.

"I think he's a true dual-threat quarterback, but the biggest thing for a young quarterback is his ability to drop back and throw on time, it's really impressive," Rhule said.

Baylor has touchdowns from 13 different players, tied for the most nationally with Oregon and Maryland going into this week. Nine players have accounted for the 11 touchdowns rushing, with two apiece from Brewer and running back Trestan Ebner. The Bears have three rushers with at least 118 yards each. That includes backup quarterback Gerry Bohanon, who is second on the team with 177 yards because of extensive playing time in the blowout wins.